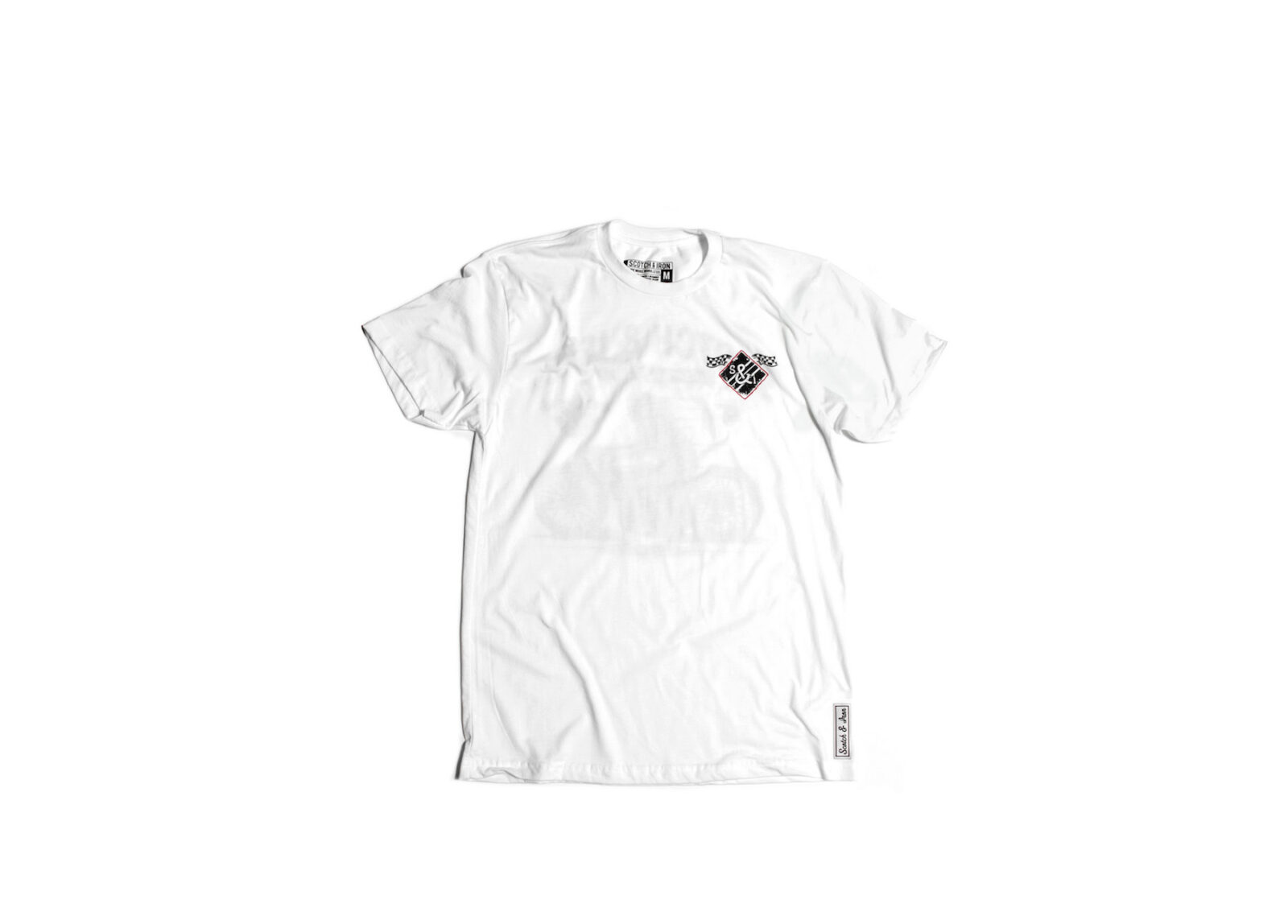 The Rad City tee by Scotch & Iron is one of their newer designs, as with all of their tees it’s printed on a high quality 4.3oz 60/40 polycotton blend and has an athletic fit.

Scotch & Iron specialises in low-volume, limited edition designs, they’re based in the United States and they’re avid motorcyclists themselves. This tee comes in sizes from S through to XXL and any colour you like – so long as it’s white. 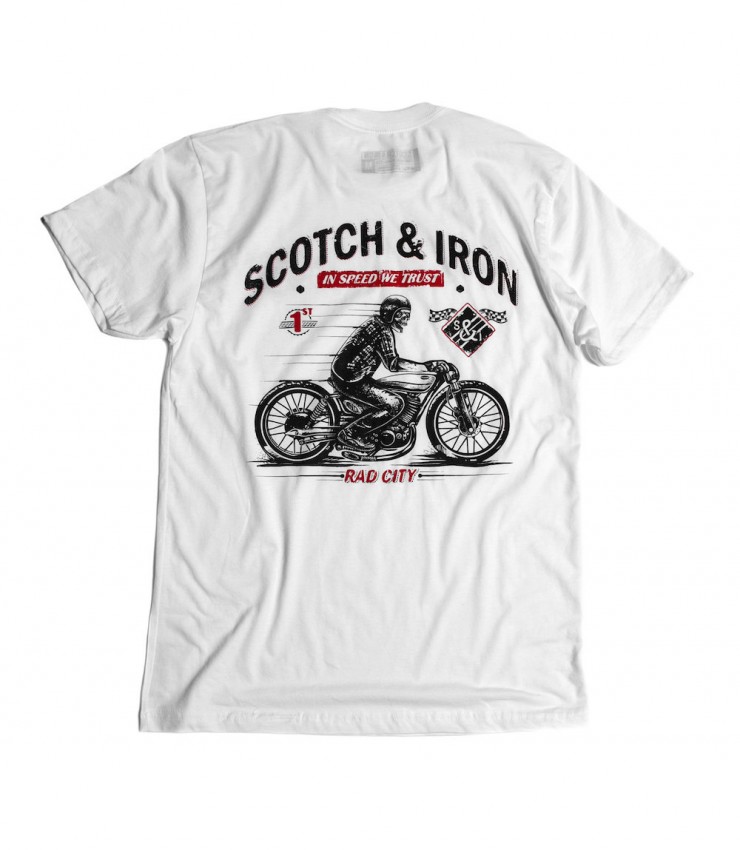 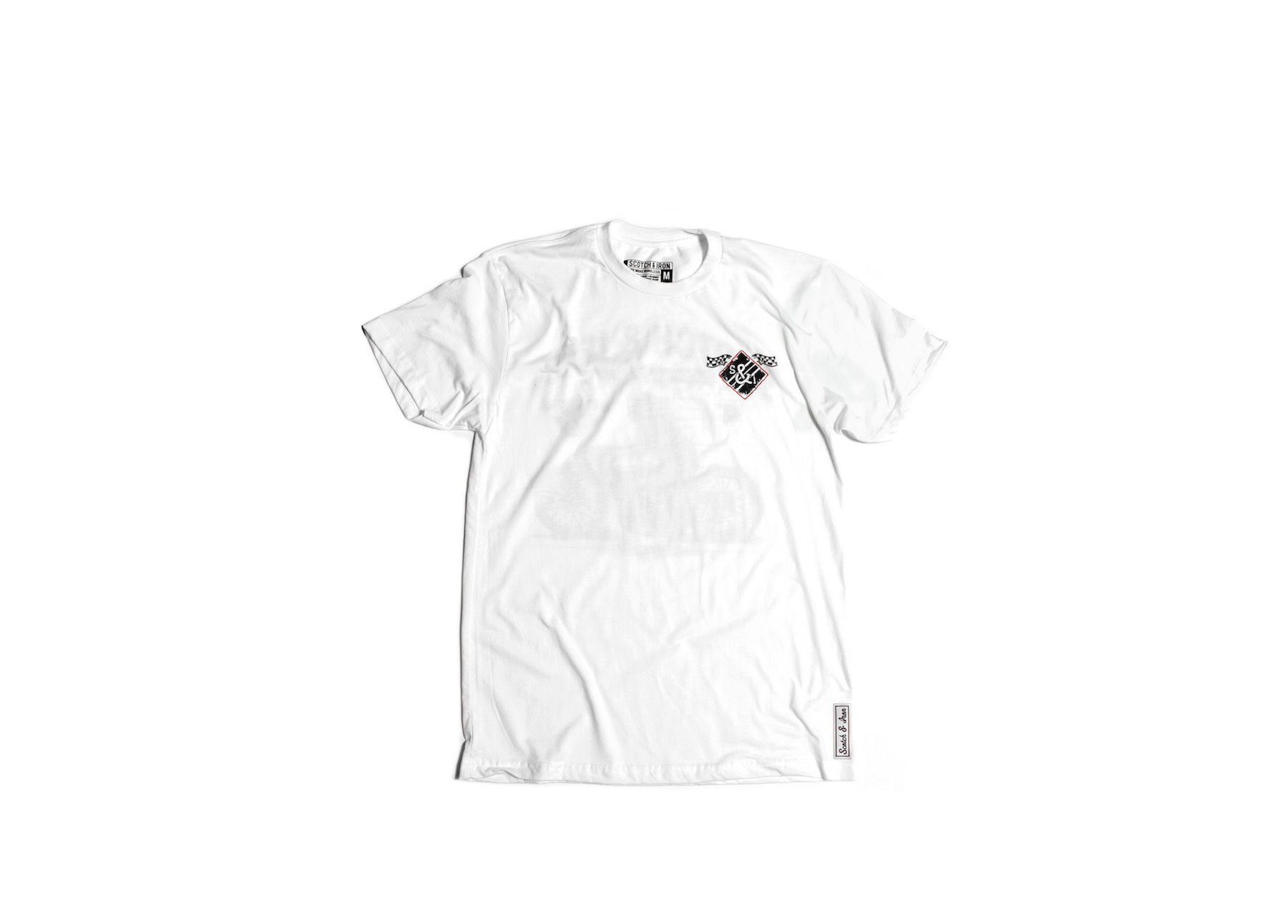