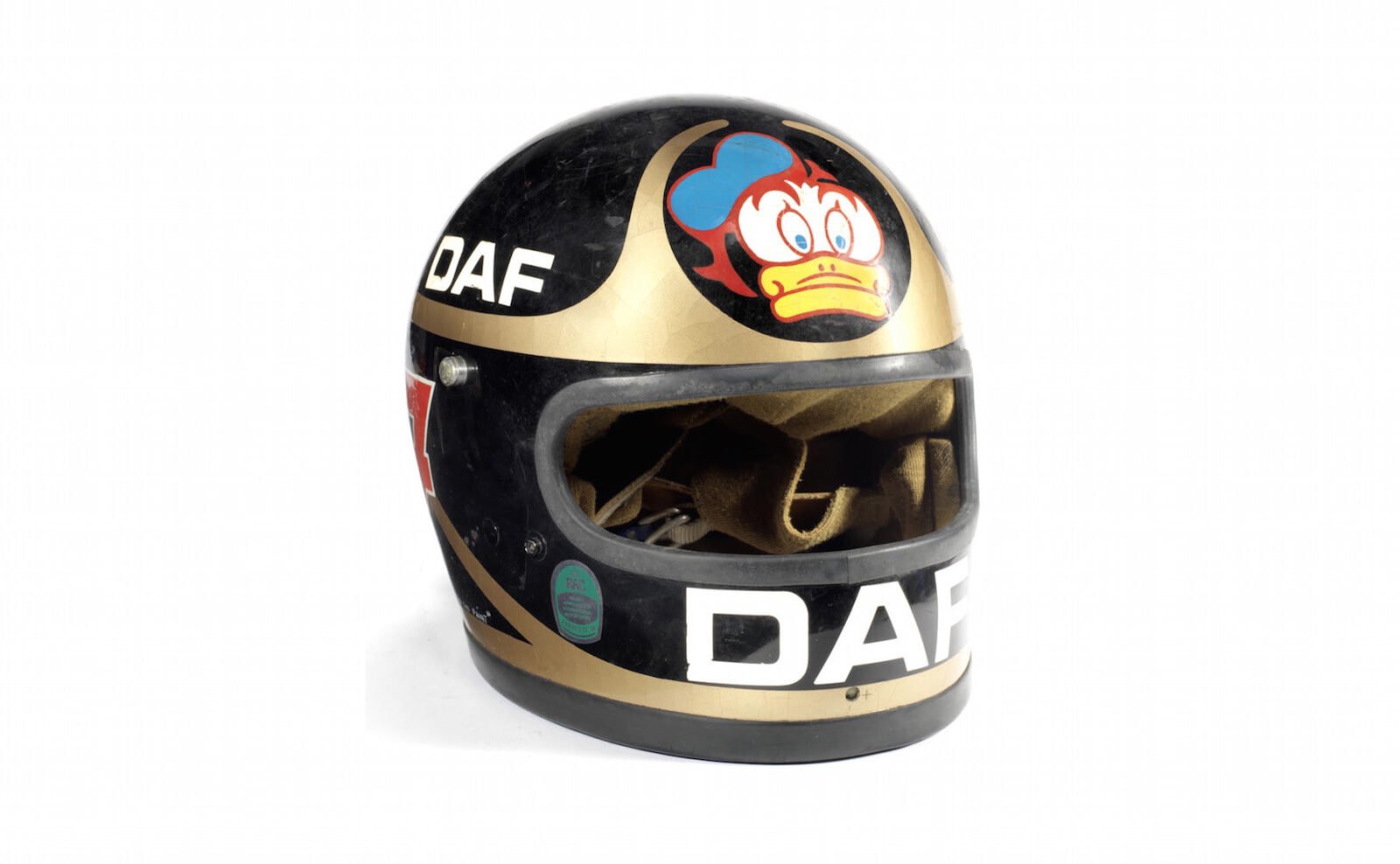 Barry Sheene is a legendary British-born motorcycle racer with almost inhuman levels of talent and a larger-than-life personality that won him fans both on and off the track. He was close personal friends with Formula 1 world champion James Hunt, and the escapades of the two men would make for a Hollywood script only suitable for eyes over 18 years of age.

This Bell helmet was worn by Sheene whilst racing in touring car events in a Toyota Supra, it’s also thought that it was used previously during Grand Prix level motorcycle events. Bonhams will be auctioning it on the 26th of April 2015 and they estimate it’ll go for between £1,000 and £1,500 – making it quite an affordable piece of memorabilia. 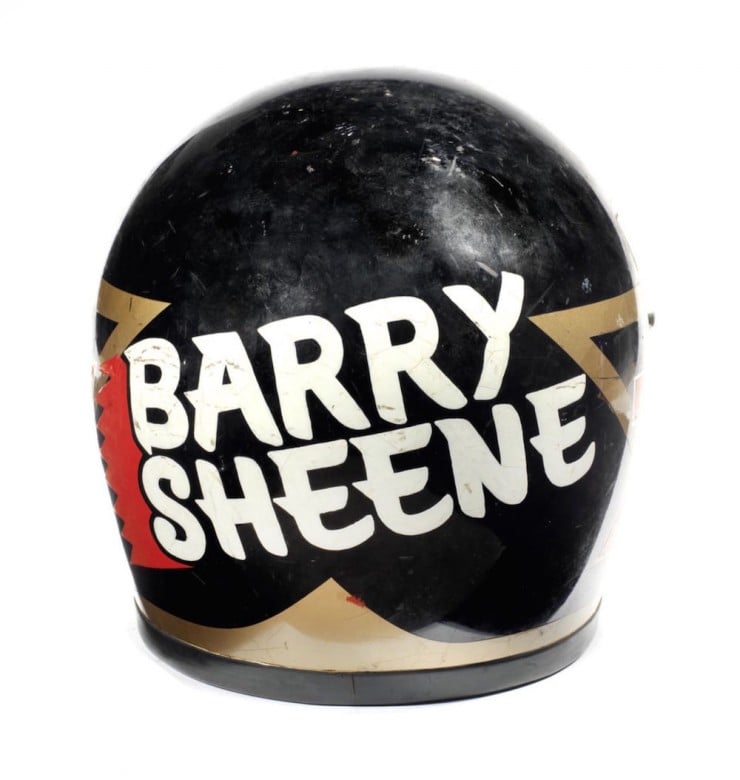 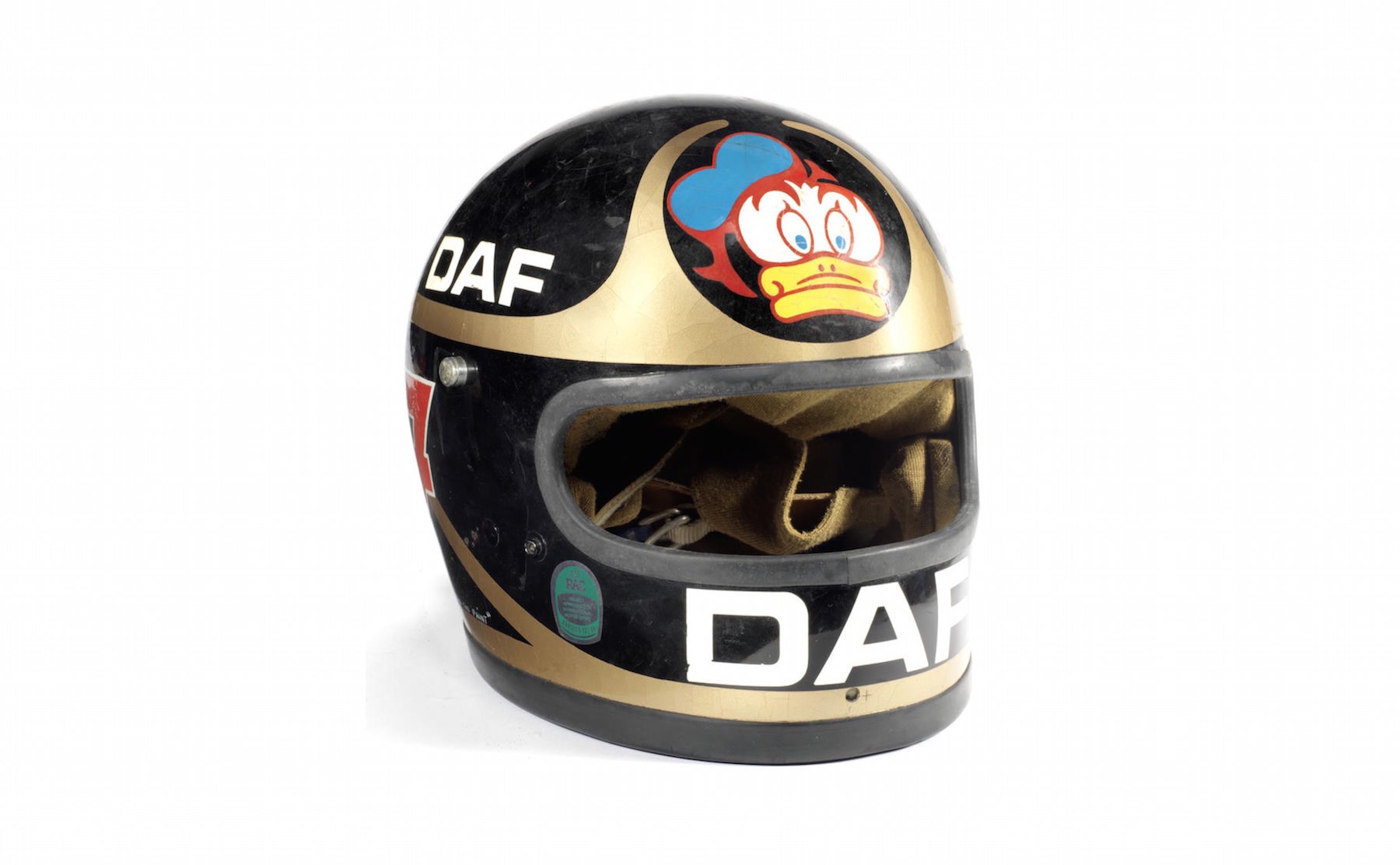