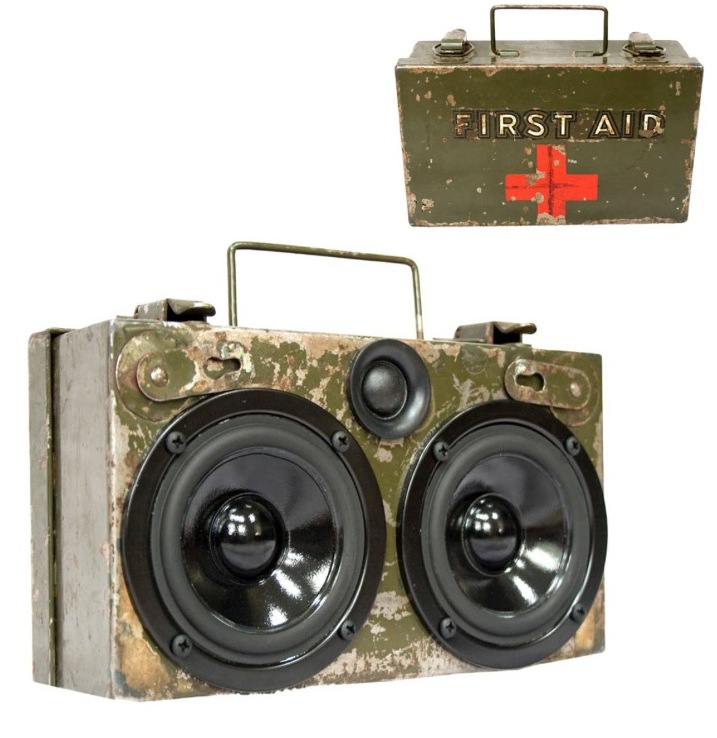 We can’t get enough of these suitcase boomboxes by BoomCase, each one comes fitted with its own lithium-ion battery array, a 50 watt amplifier, 2 x 3 1/2″ full range woofers, 1 x Silk Dome tweeter and a frequency response of 55hz to 22,500hz.

Each of the BoomCases is rechargeable from any standard outlet and comes with the required cables to plug your iPhone, iPod, Android phone etc into them, to create an instant party wherever you happen to be.

This case is built into a vintage First Aid Kit, meaning it should be tough enough to survive Coachella, Glastonbury or a night out in the famous party town of Gomorrah. 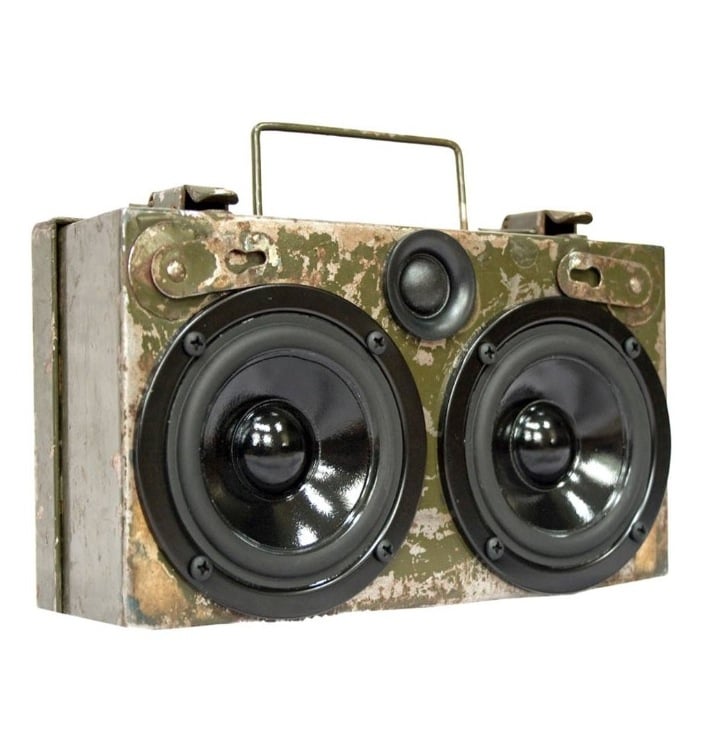 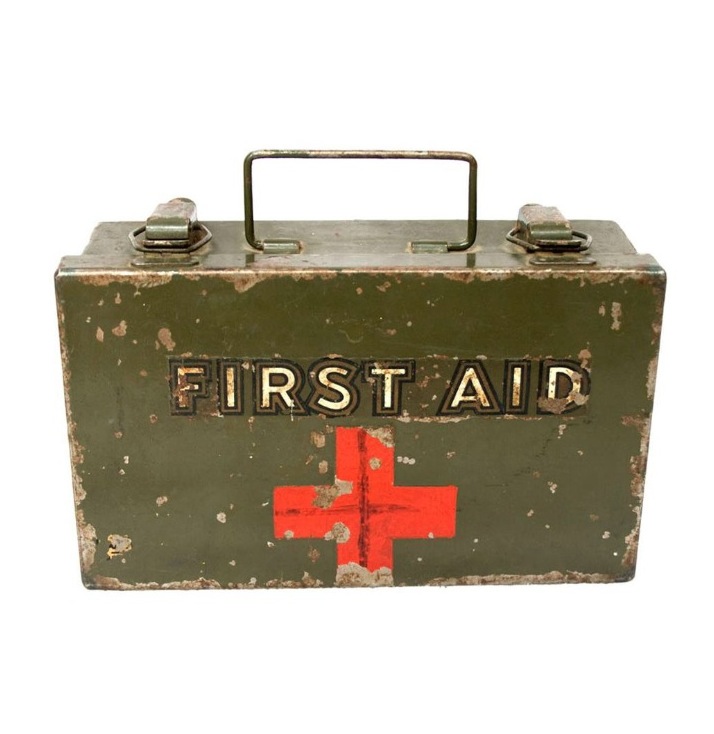 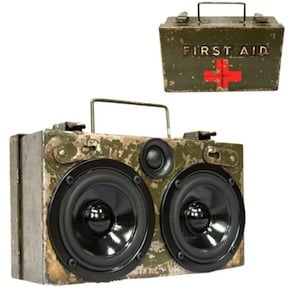