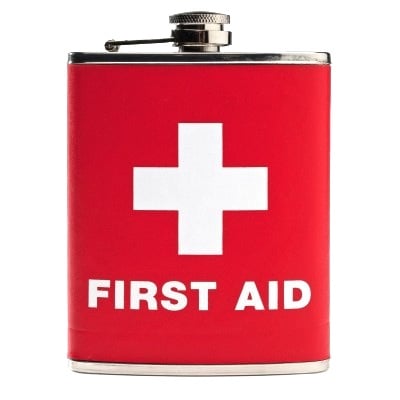 If you find yourself in a pinch and their doesn’t happen to be a Saint Bernard handy, this flask should just about do the trick, so long as you fill her up with Scotland’s finest.

Pick it up here for $20 via Cool Material.

Published by Ben Branch - August 27th 2012
Related Posts
Ever Wanted To Hit The Ski Slopes On A Porsche? The Arova-Porsche 212 Skibob Has You Covered