The Finke Desert Race is the toughest race in Australia and one of the toughest in the world. It’s an event that’s been held annually since 1976 – when a group of dirt bike riding friends held an impromptu “there and back” challenge from Alice Springs to the Finke River and back.

They raced on the service road that ran alongside the Ghan railway that runs from Adelaide to Darwin, up through the middle of the continent. The train line was re-routed in the 1980s, but the race stayed on its original path where it remains to this day. In recent years the Finke Desert Race has become a global event, with competitors coming in from not just all over Australia, but from the USA, Europe, and further afield.

This film is the original TV coverage of the event from 1986, and it includes what is possibly the best opening line you’ll hear from a narrator this year. The coverage includes a lot of helicopter footage which helps give an idea of the vastness of the Australian outback – Australia is roughly the same size as the continental United States after all. 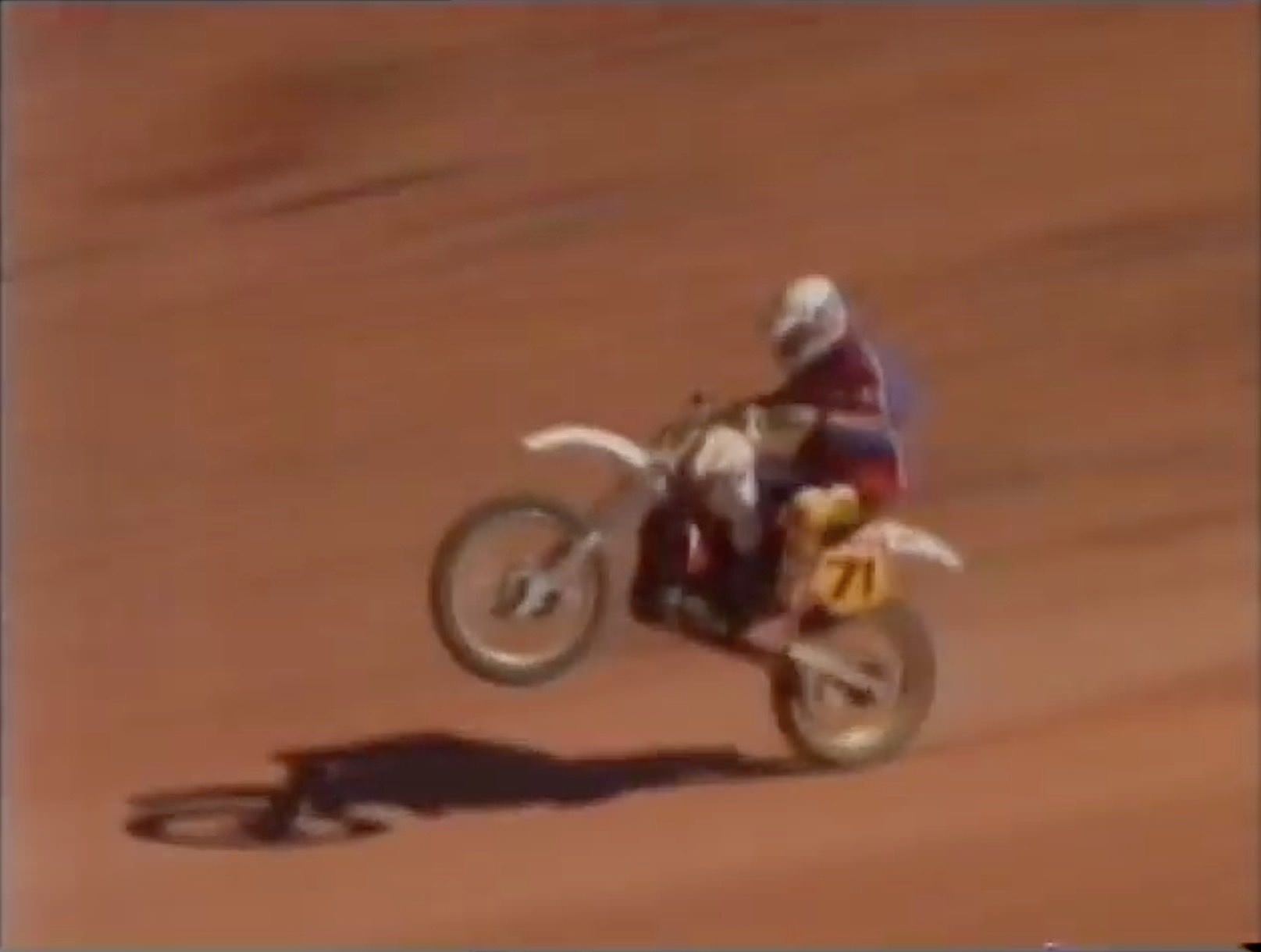