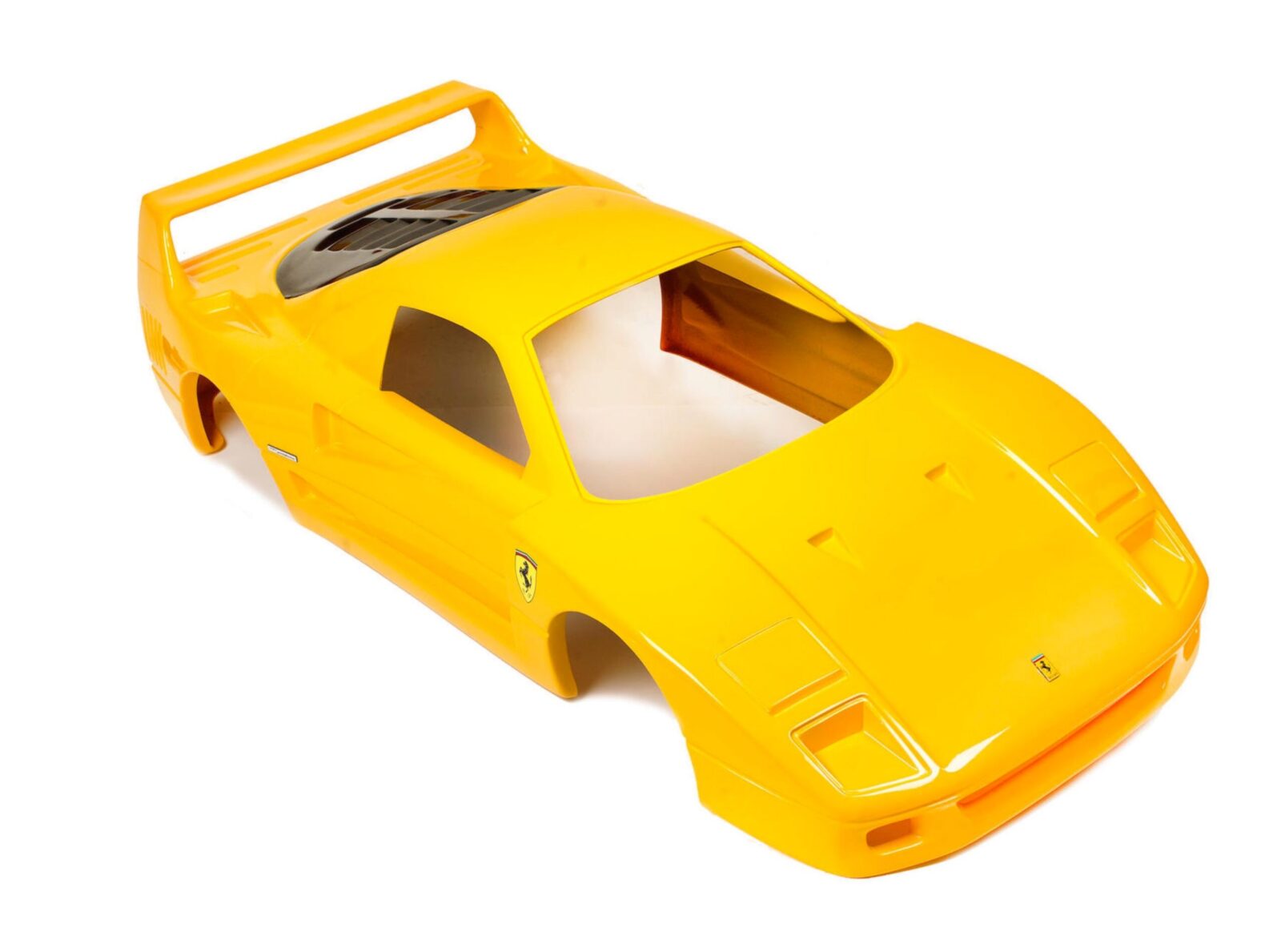 This is a 5’7″ long (170cm) Ferrari F40 body shell that was moulded in fiberglass from an original produced by Pininfarina/Ferrari for shows and main dealers to promote the then-new F40 model in the late 1980s.

Given its size, this body shell model would make a fantastic wall piece in any garage, or even in your home if you have a spouse with excellent taste.

When it was introduced in 1987 the Ferrari F40 quickly became one of the most beloved supercars of the era, if not the most loved outright. It was positioned to compete with the likes of the Lamborghini Countach and the Porsche 959 at the top of the global supercar market.

Whereas the Porsche 959 made use of cutting edge electronic systems, the F40 was a raw, analog mechanical machine – a trait that has given in enduring popularity in a world of increasingly automated automobile electrical systems that add layers of obfuscation between the driver and the road.

Above Image: The Ferrari F40 in all its ’80s glory parked in front of New York City. Image courtesy of Ferrari.

If you’d like to read more about the 1:3 scale F40 body shell shown here or register to bid on it you can click here, today is the last day of the auction and at the time of writing bidding is at £850 with an estimated hammer price of £1,000 to £1,500.