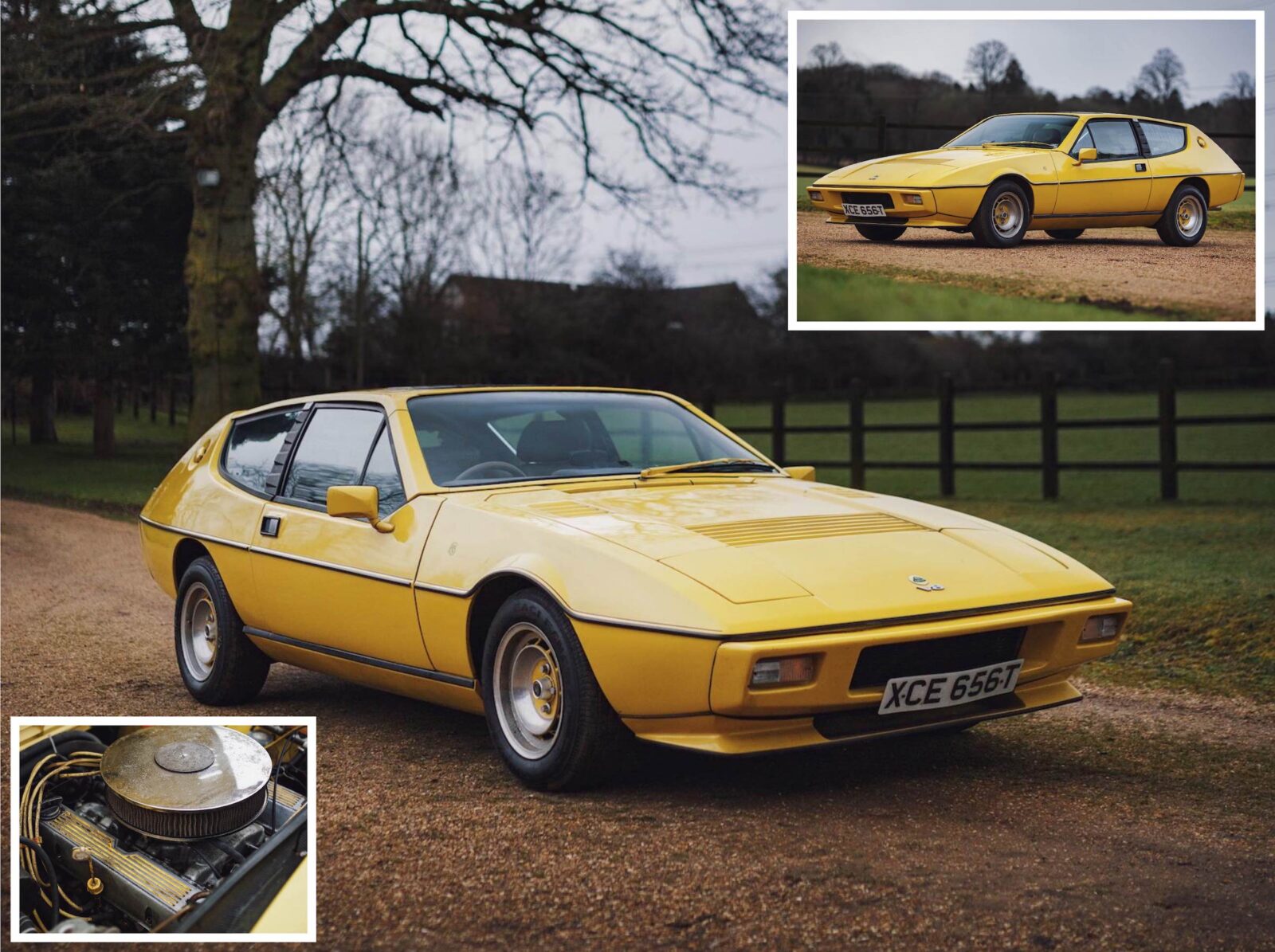 This is a Spyder Donington coupe, it’s a rare car that uses the body of a Lotus Eclat paired with an all-new chassis built by the team at Spydersport Ltd. This new backbone chassis was designed to pair perfectly with the Eclat, but to also accommodate a Rover V8 under the hood.

The Lotus Eclat was originally fitted with a signature Lotus backbone chassis, made from folded and welded steel. This chassis accommodates the engine, transmission, suspension, and the body. This basic structure was used on all Lotus road cars of the era, the lightweight fiberglass body helped keep the weight down and the steel backbone chassis helped with rigidity.

This basic formula was used on famous Lotus cars like the Elite, the Europa, and the Esprit, and it also formed the underpinnings of the DeLorean DMC-12, which was engineered by Colin Chapman and the team at Lotus.

The Eclat was developed on the second generation Lotus Elite platform, in fact both cars shared a chassis and the lower half of their fiberglass body work was essentially identical. The Elite was release first, in 1975, and the Eclat followed a year later in 1975, with both cars remaining in production until 1982. 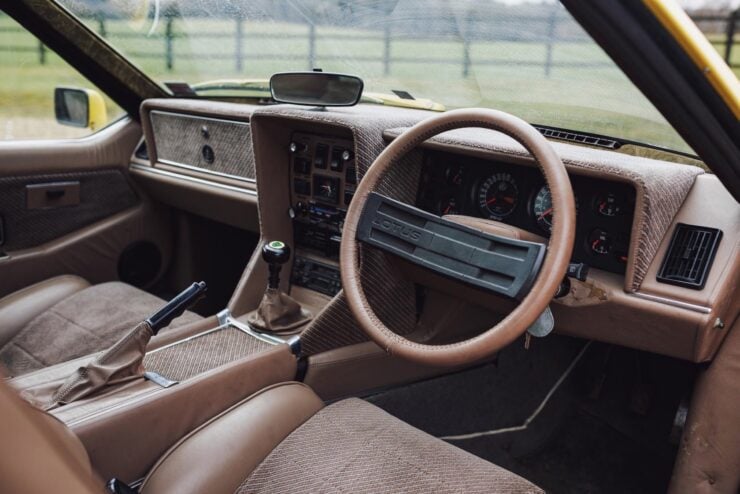 Above Image: The interior of the car is exactly as retro-70s as you’d want it to be.

Lotus developed the Eclat to offer more trunk space (at the expensive of rear seat space) to better cater for people who wanted to use the car as a proper cross-Continental GT. It also came in handy for people getting their groceries but this sounds far less exotic.

Lotus engineers designed the chassis for the Elite/Eclat to take the 2.0 litre Lotus 907 inline-four cylinder engine with its DOHC head containing four valves per cylinder. This all-alloy engine was also used in the Jensen-Healey and the Lotus Esprit, it offered good power for its size with 144 bhp in standard trim.

Due to the size of the Lotus 907 engine the backbone chassis couldn’t accommodate the Rover V8 without serious reconstructive surgery. The team at Spydersport Ltd realized that the Eclat would be well-suited to the Rover V8 but that the only way to get one into it was with a newly designed chassis with a wider gap between the front chassis rails.

They used the same basic shape as the Lotus chassis apart from front section, and they applied rust and corrosion inhibiting to protect it. Once fitted with suspension, wheels, an engine, transmission, and differential could then have an Eclat body lowered onto it and voilà – you had yourself a V8 Eclat.

The concept of coachbuilding was established at approximately the same time that the automobile was invented, automakers would build a powered rolling chassis and sell it to clients who would then pay a coachbuilding firm to make them a body. What the team at Spydersport did was invert this process – you bring them your body and they’d provide you with the chassis to go under it. 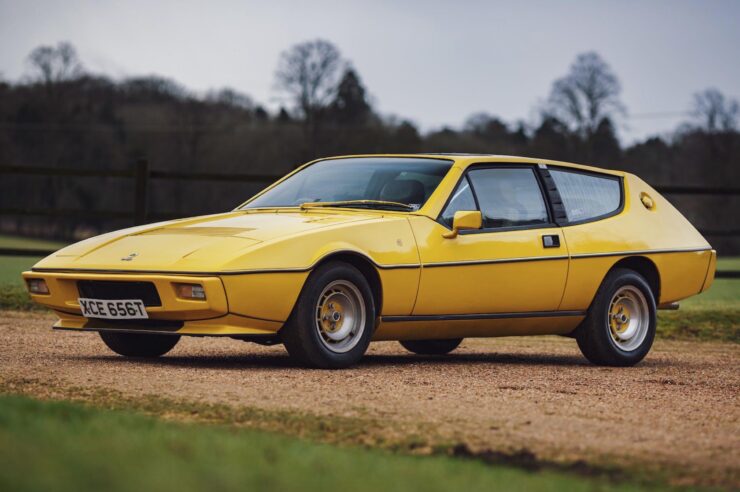 Above Image: The 2+2 seating and trunk space make it a reasonably practical Continental GT car.

When ordering your Spyder Donington you could specify that it had power steering, air conditioning, and performance modifications like a Jaguar XJ limited-slip differential with inboard disc brakes.

It’s not known how many of these were built, when asked about it staff at Spydersport said they think a handful have survived, so the car you see here is reasonably rare. Interestingly, engineers at Lotus also developed a Rover V8 version of the Eclat but it was nixed by Chapman who only wanted to use Lotus engines.

The Spyder Donington you see here is one of the few originals made, it was built in 1990 and used in the Spydersport publicity material.

It’s fitted with a Rover V8 as you would expect, sourced from a Rover SD1, it has a 5-speed Rover transmission, and a Jaguar limited-slip differential. The car has been kept in storage since 2000 and so it would now need a full recommissioning before any driving is attempted.

There’s no doubt that Donington will be quick once returned to the road, the previous owner I. P. Morrison was quoted as saying “This Lotus V8 is too fast for me. Please buy it before (a) I kill myself or worse still (b) I lose my licence!”

If you’d like to read more about this car or register to bid you can click here to visit the listing, it’s due to cross the auction block on the 20th of March with a hammer estimate of £12,000 to £16,000. 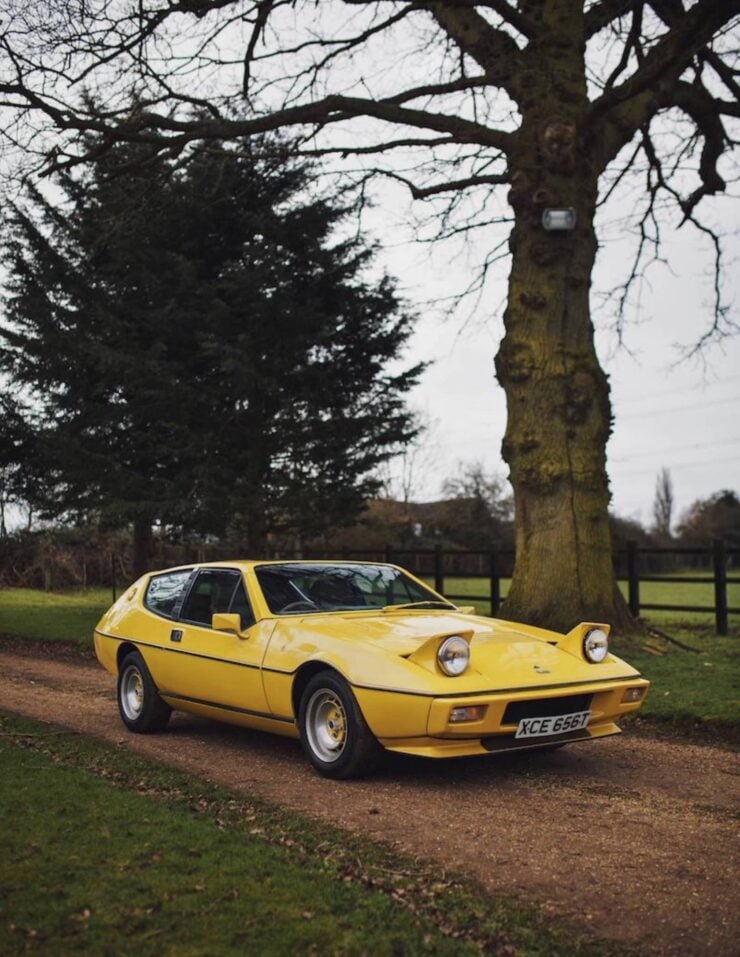 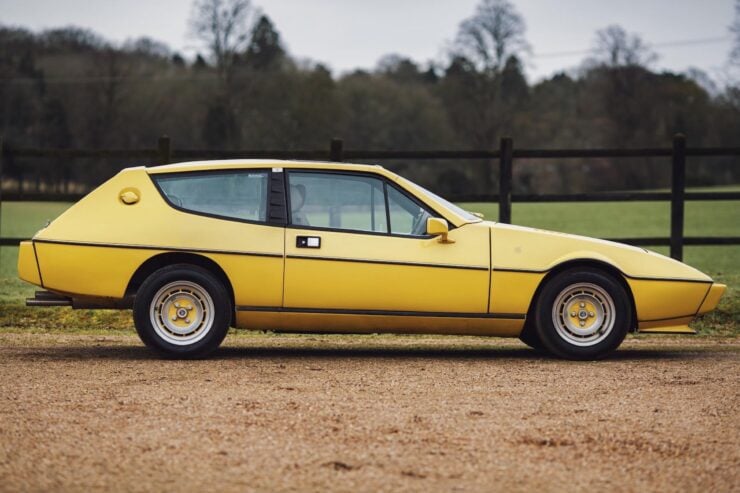 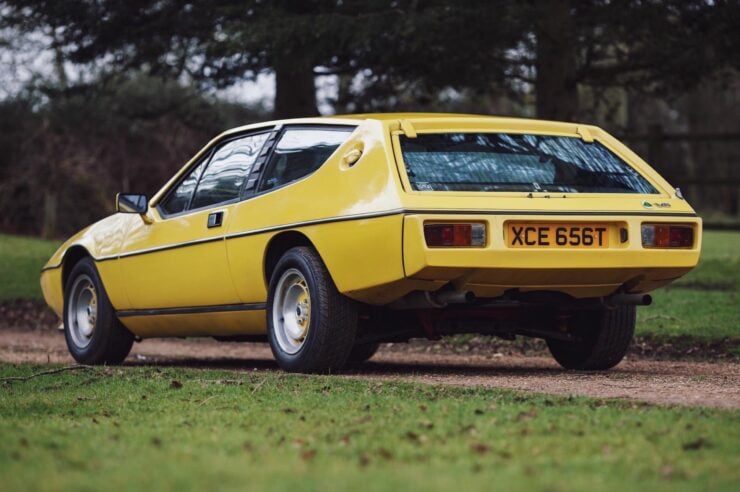 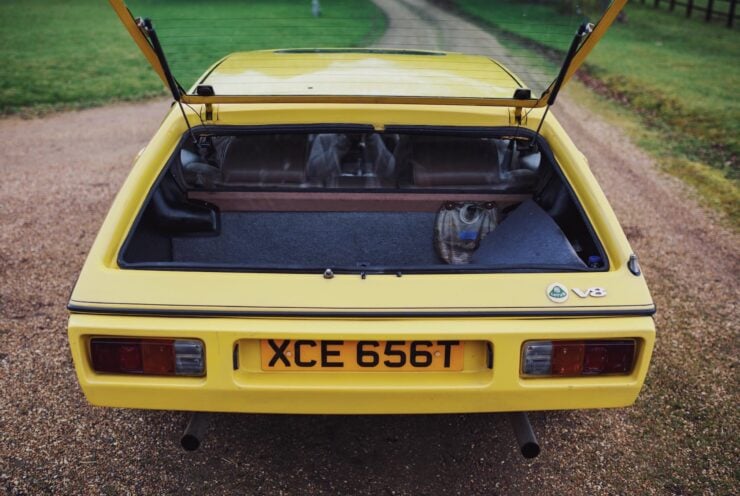 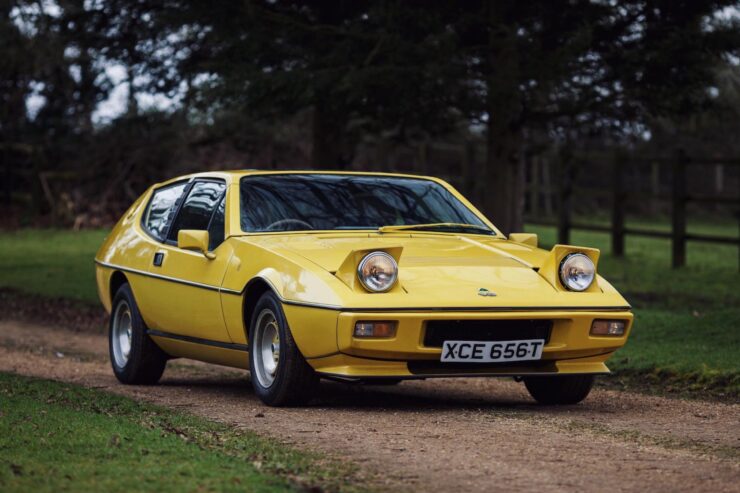 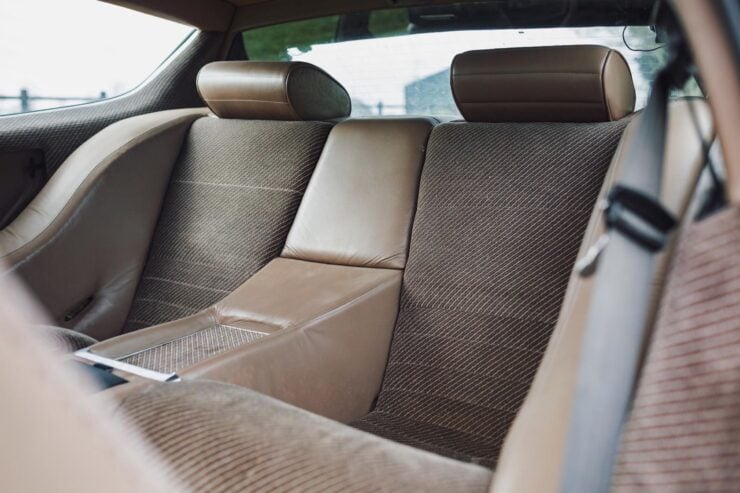 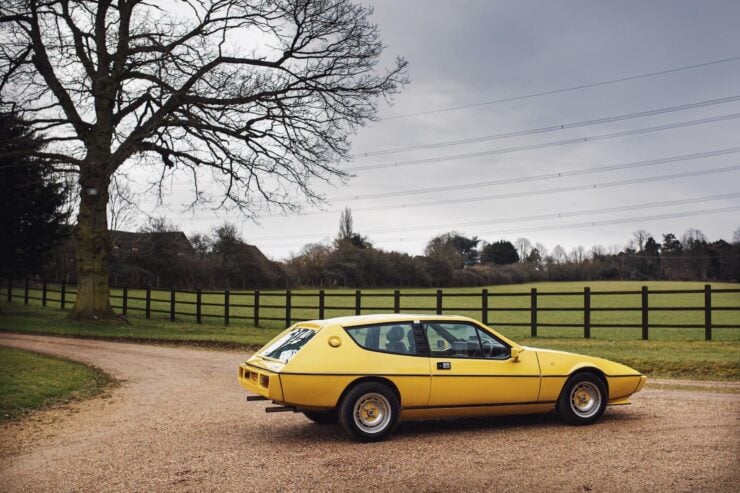 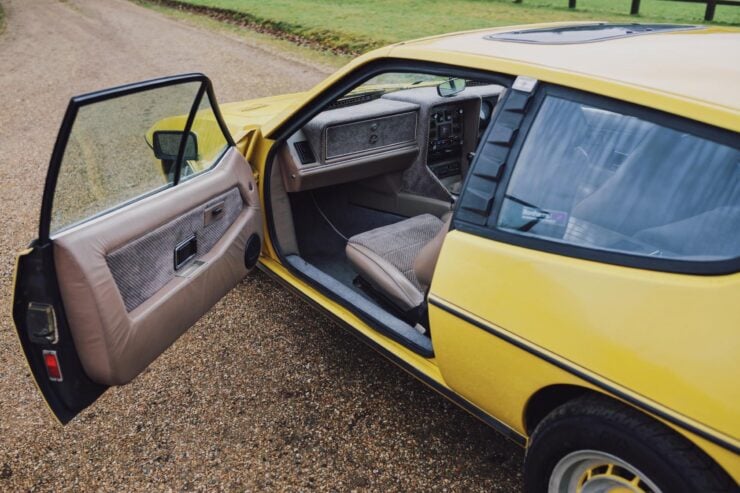 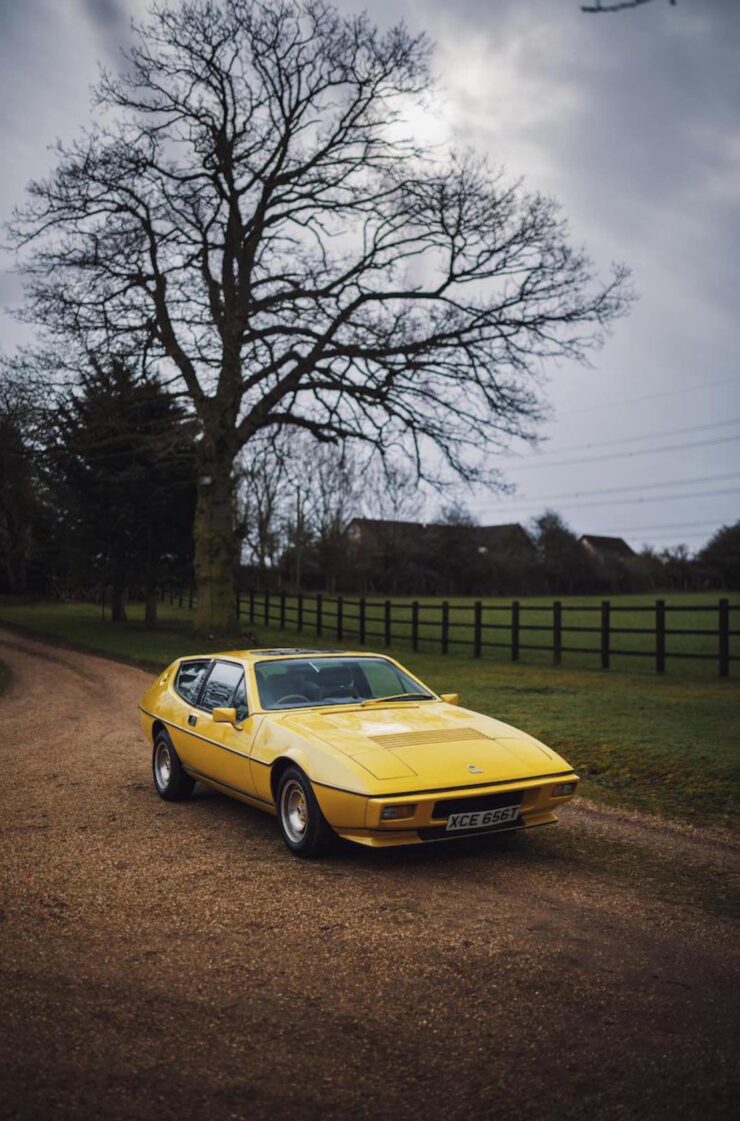 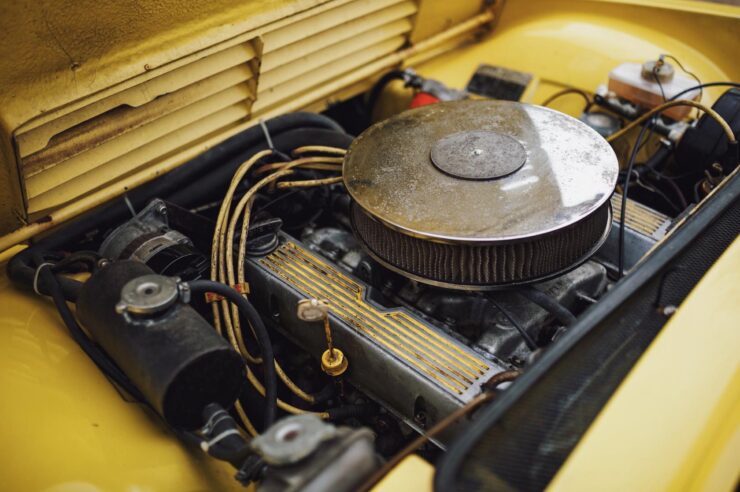 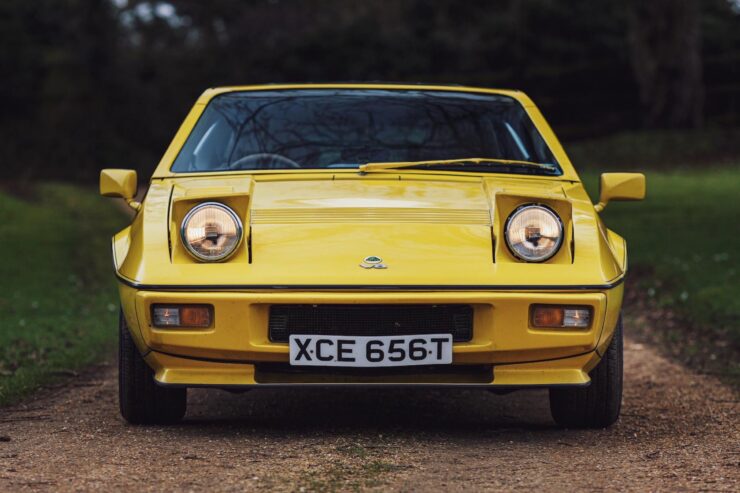 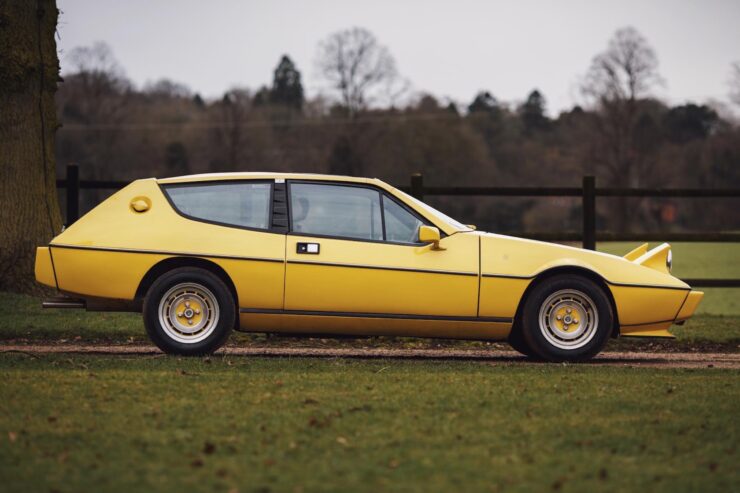 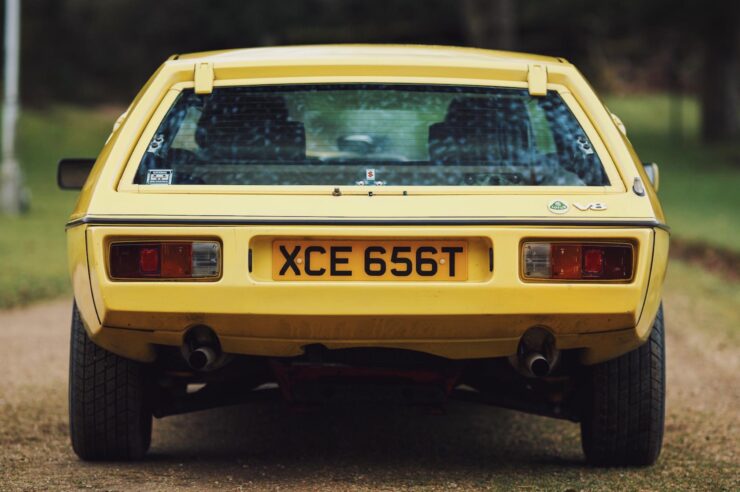 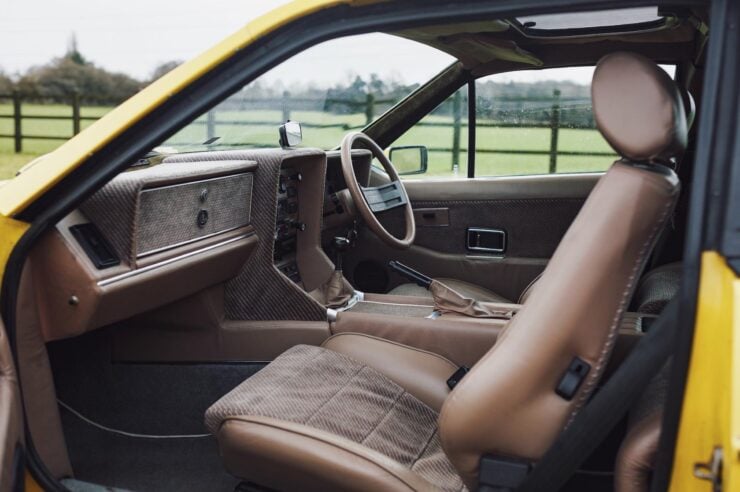 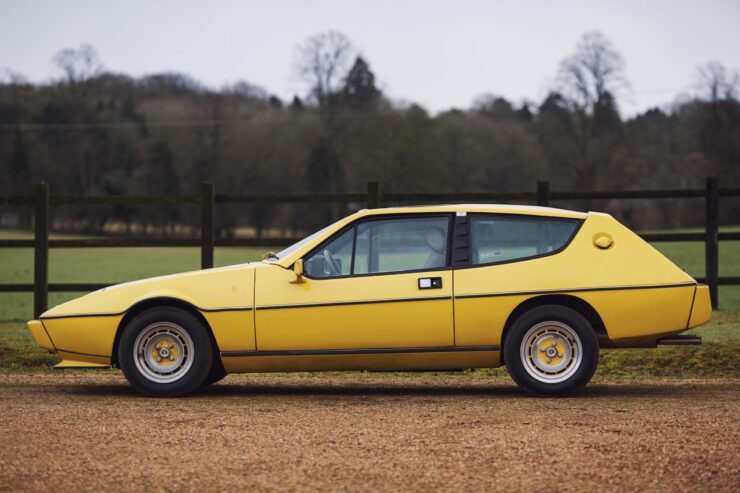