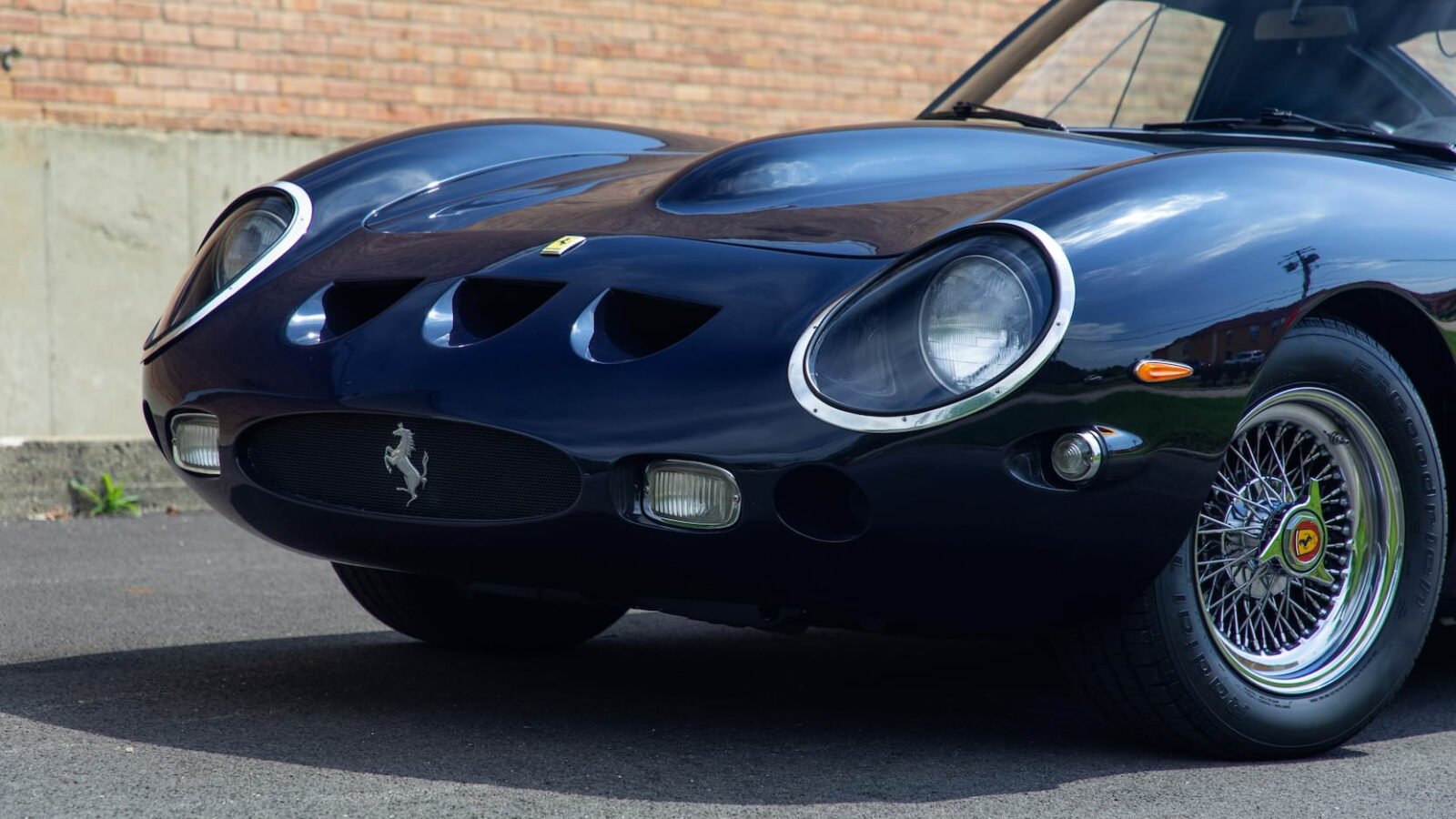 The Alpha One GTO is one of the better-known Ferrari 250 GTO replicas, they were based on the Datsun Z-car platform, typically the 240Z and 260Z, with some using the later 280Z.

Many owners ordered their cars as turn key vehicles from Joe Alphabet’s company which allowed them to specify a wide variety of options including Chevy V8s, uprated suspension and brakes, automatic or 5-speed manual transmissions, and an array of paint colors.

This particular Alpha One GTO is doubtless the most famous of them all, it was used in the 2001 blockbuster film Vanilla Sky with Tom Cruise behind the wheel. For car people the scenes with the 250 GTO driving around the abandoned streets of New York City were some of the most memorable in the film. 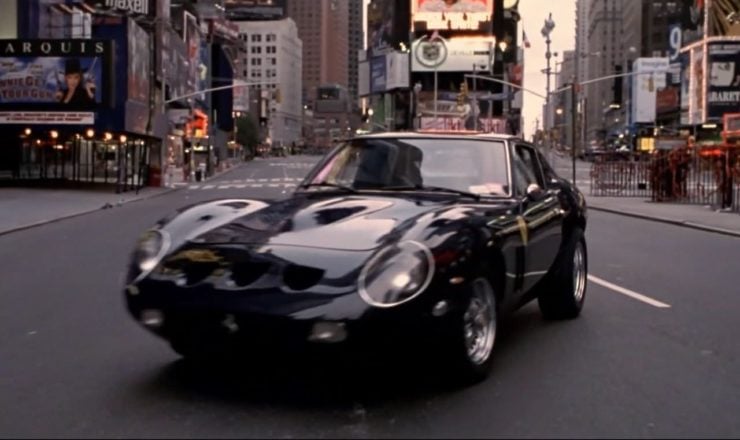 Above image courtesy of Paramount Pictures

Search giant Google had been founded just 3 years before the cinematic release of Vanilla Sky, but I still remember using the search engine to learn more about the 250 GTO used in the film, and I’m sure many of you did too.

Joe Alphabet and the Alpha One GTO

The story of Joe Alphabet and the Alpha One GTO is well-known in kit car circles, Ferrari was in the midst of cracking down on the roaring trade in replicas based on their vehicles, most commonly using the Ferrari 250 GTO based on the Datsun Z platform, the Ferrari 365 GTB Daytona based on the C3 Corvette, and later the Ferrari F40 based on the Pontiac Fiero.

A Corvette-based Ferrari Daytona was famously used for the first two seasons of Miami Vice before Ferrari took notice and filed suit. This resulted in a model of the car being blown up near the beginning of season 3 to be replaced by a Ferrari Testarossa, two of which were donated by Ferrari.

The film Ferris Bueller’s Day Off also used a replica Ferrari that had been built in the United States – a Modena GT California Spyder that managed to survive the famous scene at the end of the film showing the faux-rrari flying backwards out of a building through plate glass windows used a cheap rolling chassis dressed up to look like the “real” replica. 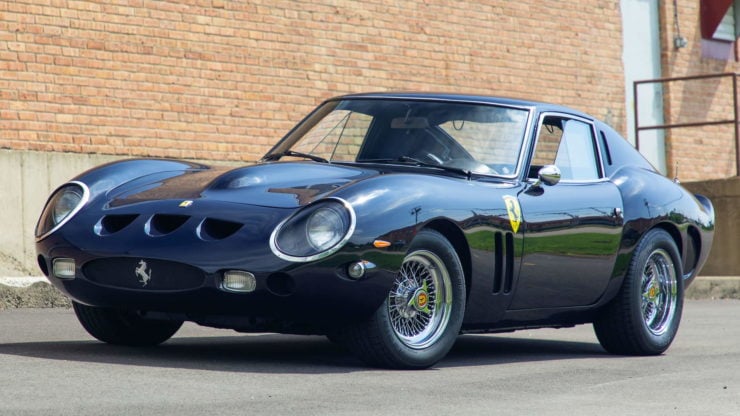 The Datsun Z-based Ferrari 250 GTO replica was first dreamt up and built by Barry Goldstein of Eagle Engineering in California. He used a series of bespoke fibreglass moulds to create the body but kept the Datsun unibody intact underneath, uprated engines and other parts could be fitted, and most cars were completed by home builders.

Due to legal pressure from Ferrari, Goldstein sold the moulds and rights to Joe Alphabet who modified them slightly for use on the Alpha One GTO. A number of cars were produced before the Ferrari lawyers came knocking, the quality of the Alphabet cars are generally considered superior as many were built in the factory rather than by home builders.

Joe Alphabet sold the moulds and rights which then moved through a number of other hands, at present no one knows where they are or if they still exist.

As mentioned above, the car you see here is the original used in the 2001 film Vanilla Sky with Tom Cruise at the wheel. It now comes with a copy of the original Paramount Pictures title as well as a file of other information relating to the film. 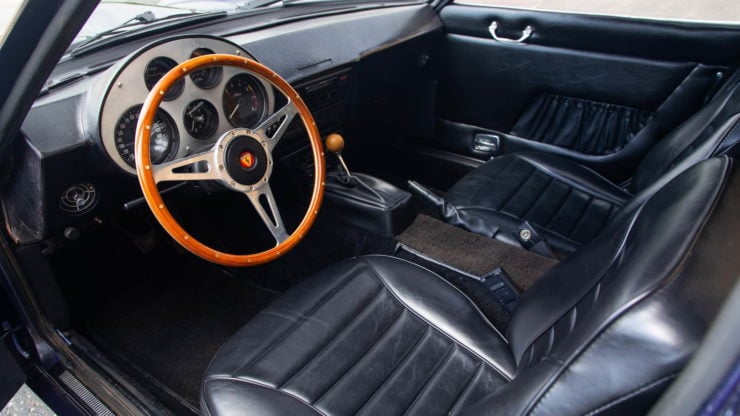 Under the hood this car is fitted with a 350 cubic inch Chevrolet V8 mated to a GM automatic transmission. The transmission is made to look like a manual from inside the car, however it is missing the characteristic chromed shifter gate used on the real Ferrari 250 GTOs.

The rest of the interior is notably different from the original car, from the dashboard and seats to the centre console and door cards, but only a small number of people would realistically notice the differences.

Under the fibreglass body the car is a 1976 Datsun 260Z with independent suspension up front using MacPherson struts, lower wishbones, coil springs, telescopic dampers, and an anti-roll bar. In the rear there’s independent suspension with Chapman struts, lower wishbones, coil springs, and telescopic dampers. The car uses rack and pinion steering, and it originally weighed in (on the kerb) at approximately 1,350 kgs (2,980 lbs).

Judt 36 of the original Ferrari 250 GTOs were ever built, and they now change hands for figures approaching 70 million USD apiece. This replica will be considerably cheaper of course, and it comes with solid cinematic provenance. If you’d like to read more about it or register to bid you can click here to visit the listing on Mecum. 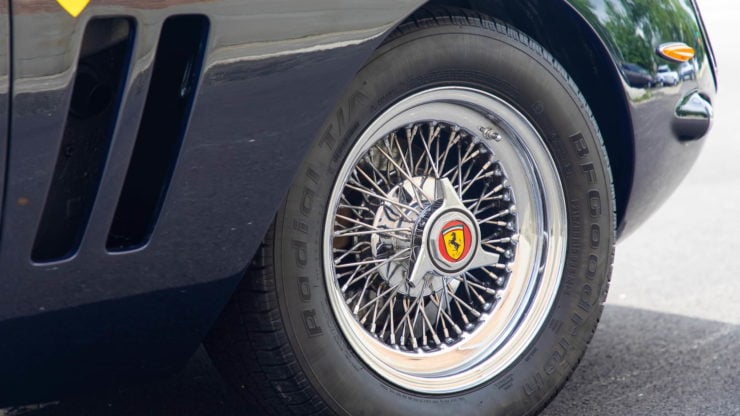 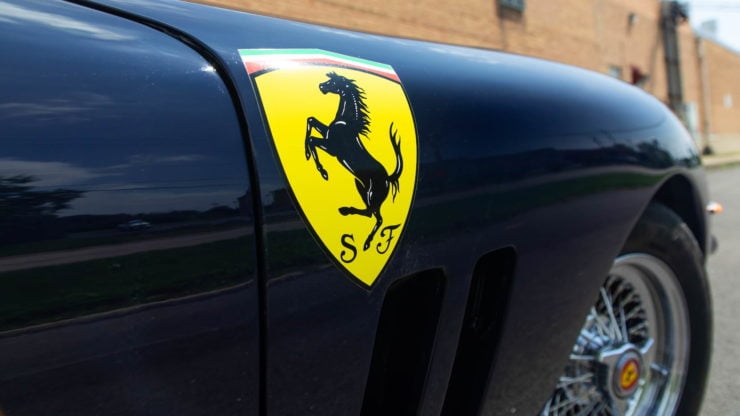 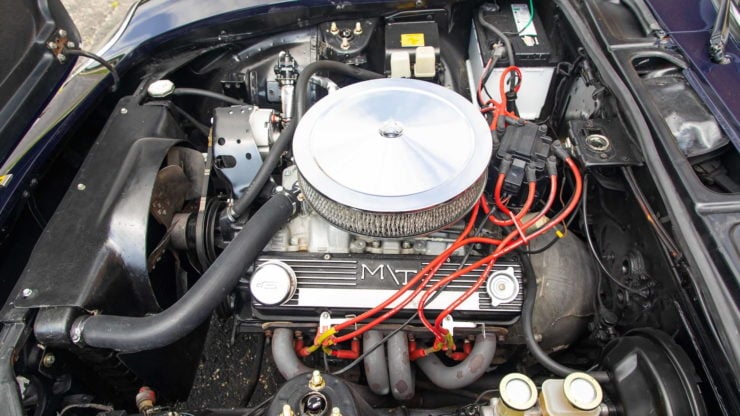 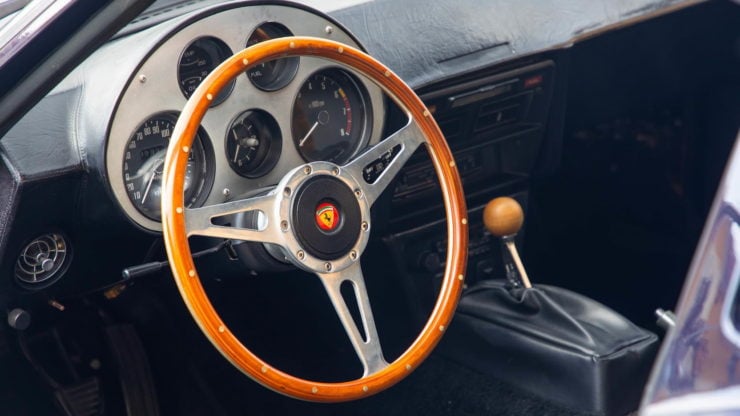 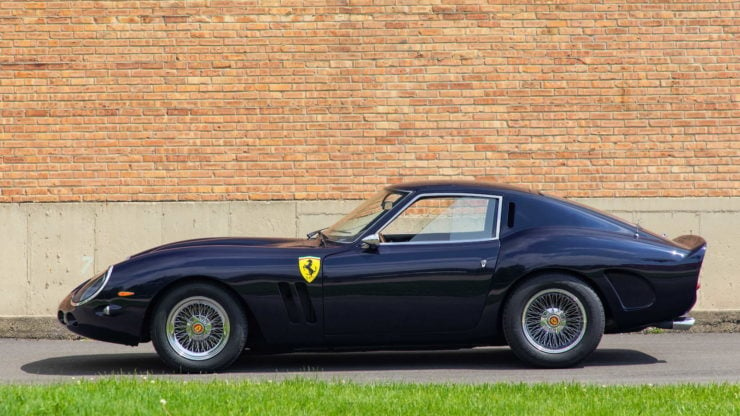 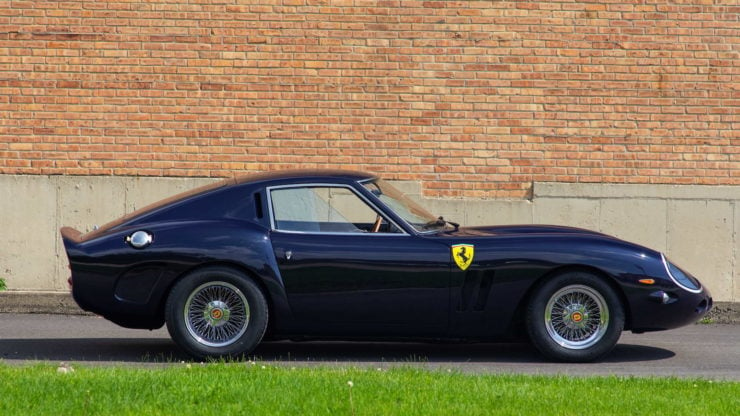 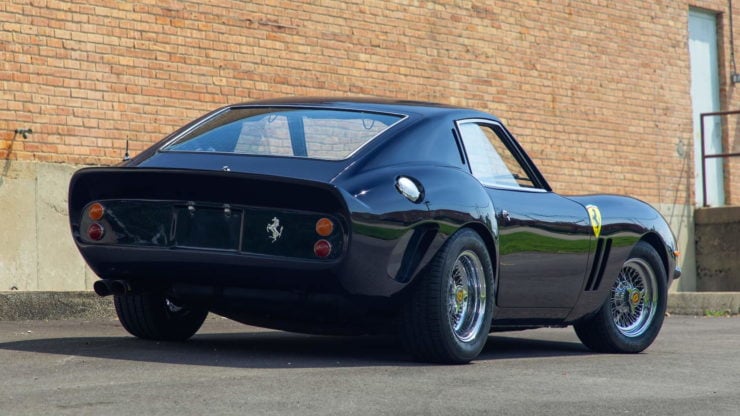 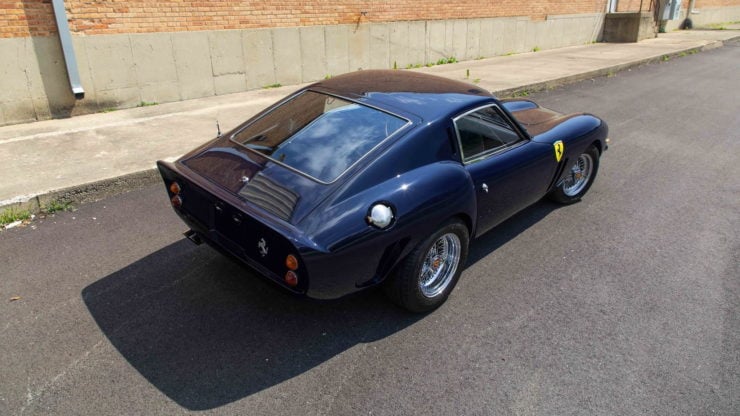 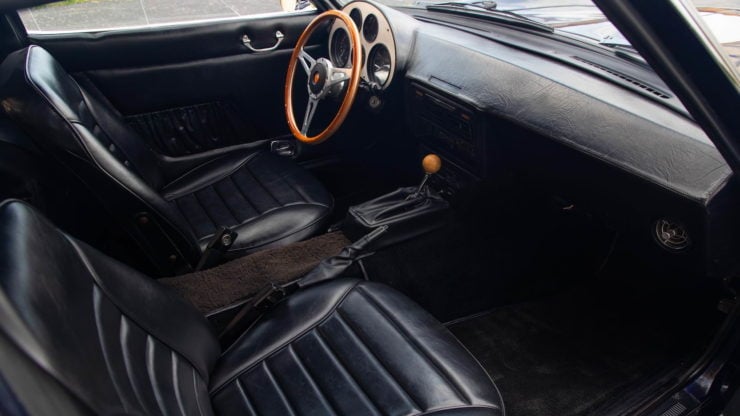 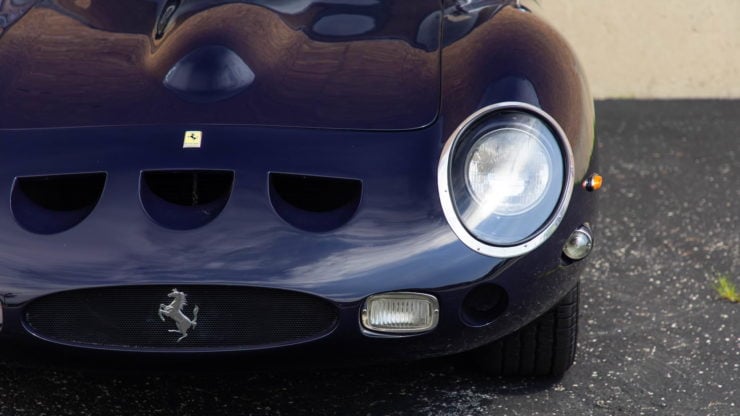 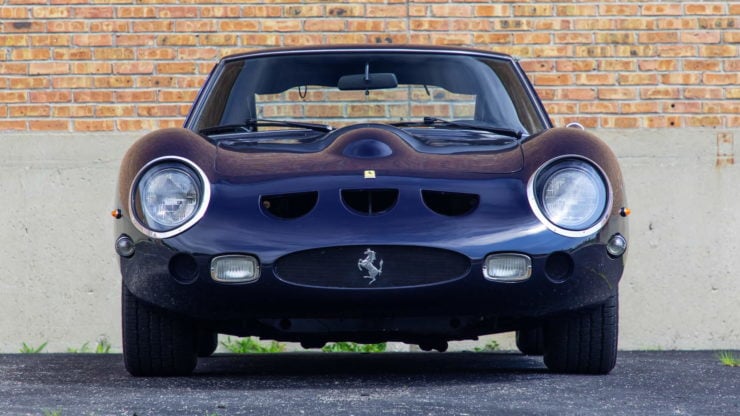 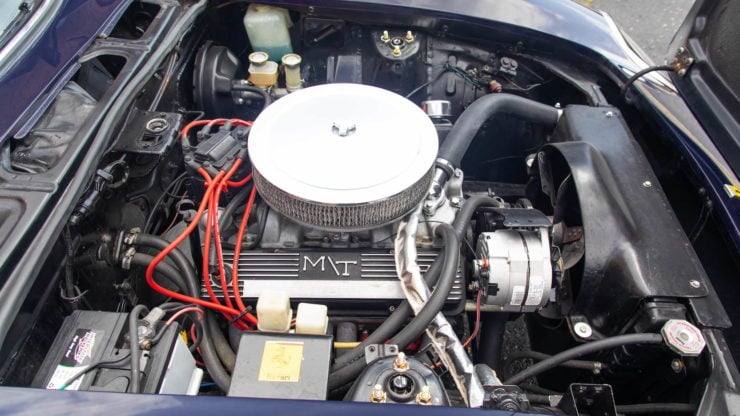 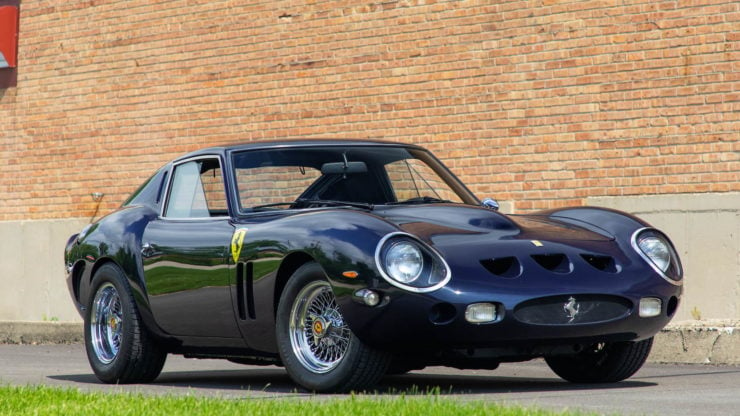 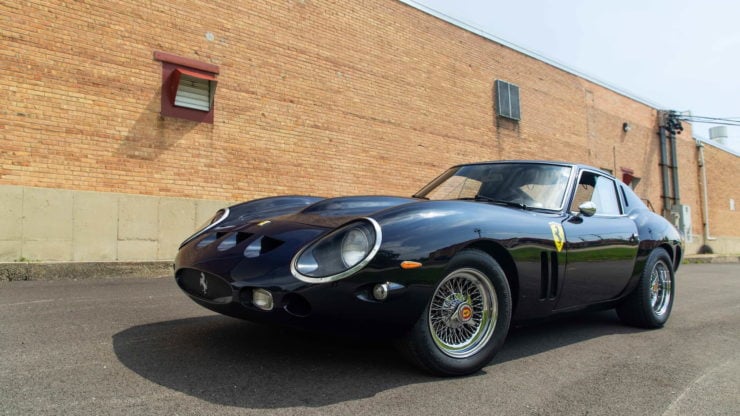 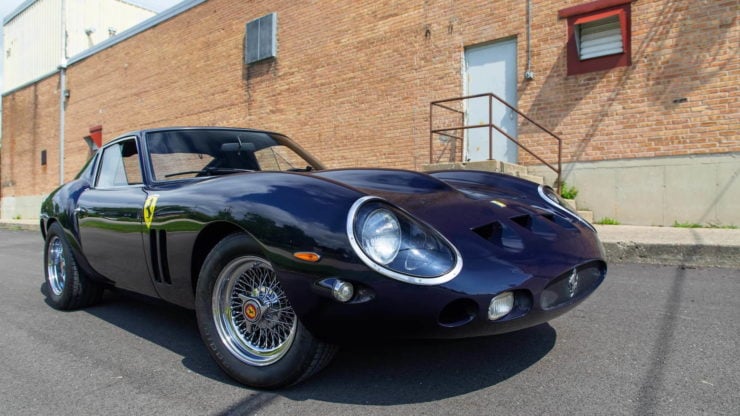 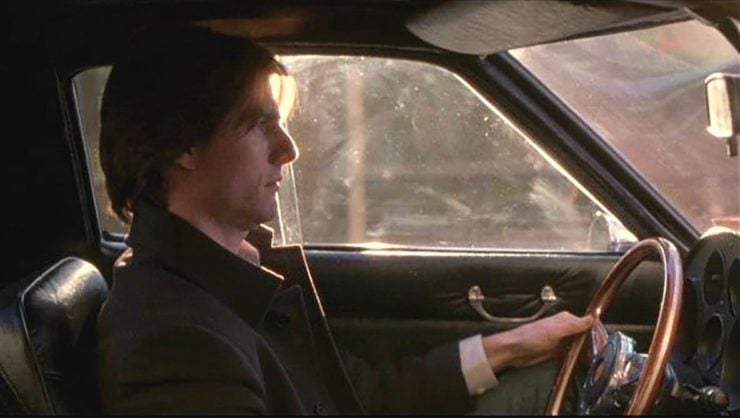 Above image courtesy of Paramount Pictures

This is the Ferrari 308 GTB that was owned by land speed record racing legend Don Vesco, and used by him for commuting to the Bonneville Salt Flats for his record breaking runs. Over the…