Short Film: Discovering An Apollo Astronaut Corvette For Sale On A Used Car Lot For $3,230

This short film by Michael Brown of Corvette Nation tells the story of Corvette collector Danny Reed, and his greatest ever discovery – an original Astrovette. This was the nickname given to the C3 Corvettes that had been leased to some of the Apollo-era Astronauts for the princely sum of $1 USD per year, before being sold off to the general public.

This was a masterful marketing move by Florida Chevrolet dealers Ed Cole and Jim Rathmann  – the latter of whom had won the Indianapolis 500 in 1960. The Astronauts and their matching black and gold Corvettes had been featured in Time Magazine and a slew of other publications and television specials, bringing in untold almost-free publicity for the then-new C3 Corvette.

The surviving Astrovettes are now worth a small fortune, not all of them have survived and it’s thought some were scrapped, although it’s possible that one or two may still be hidden away in a barn or dusty garage somewhere waiting to be rediscovered. 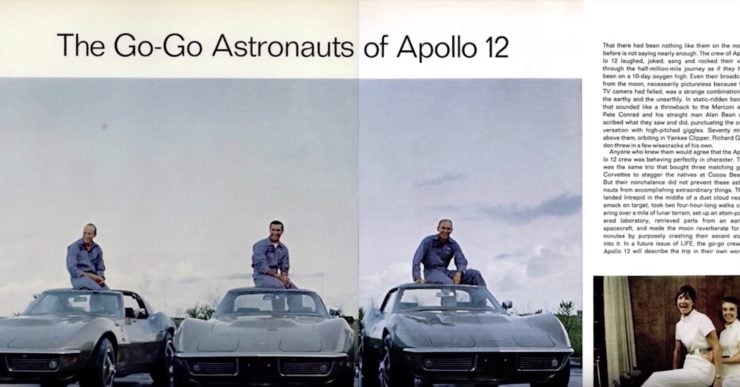 While driving through downtown Austin, Texas in 1971 Reed noticed something gold, black, and C3 Corvette shaped on a used car lot. He doubled back and inspected the car – sure enough it appeared to be an original Astrovette. He talked to the used car salesman and it became clear they didn’t know what they had, so he put in a blind bid and waited to hear back.

The mystery Astrovette on the used car lot had belonged to Alan Bean, the Lunar Module Pilot from Apollo XII, which is why the license plate now reads “LMP XII”.

Bean was a remarkable man, he was an American naval officer, aviator, aeronautical engineer, test pilot, and a NASA astronaut. He was the fourth person to walk on the Moon and he would later fly on the Skylab 3 mission in 1973. After retirement he became an accomplished painter, capturing many of the moments from the Apollo era and the Moon landings, his artworks are now highly sought after. 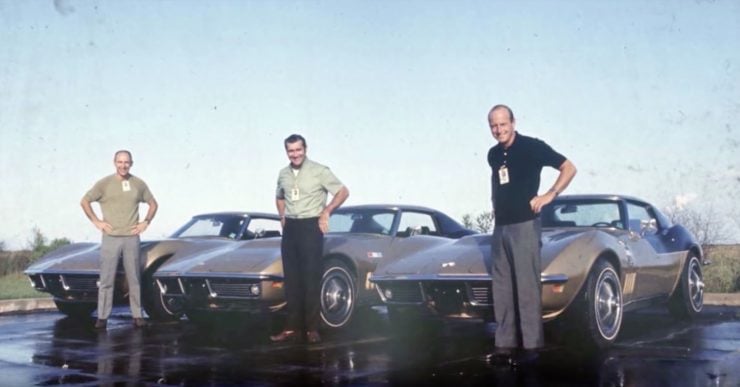 Reed’s blind bid of $3,230 USD was exactly $30 USD over the book value of the car (without taking its history into account), he bid $30 over to beat anyone else who bid the book value or $1 over as is commonly done. As it happens, another buyer had seen the car and obviously recognised it for what it was, offering a blind bid of $13,000 USD – a king’s ransom in 1971.

Fortunately for Danny, the other buyer couldn’t round up the required funds and as the second place bidder he was given the opportunity to buy it, which he did as quickly as possible. He’s now owned the car for decades and makes regular appearances at shows with it, allowing attendees to sit in it and get their photos taken, and answering the many questions he gets from curious onlookers.

The most common question is almost certainly “how much is it worth?”. Although the value can be hard to determine for cars of this rarity and provenance, it’s worth high six figures as a bare minimum, possibly into the low seven figures if the right bidders are in the room. 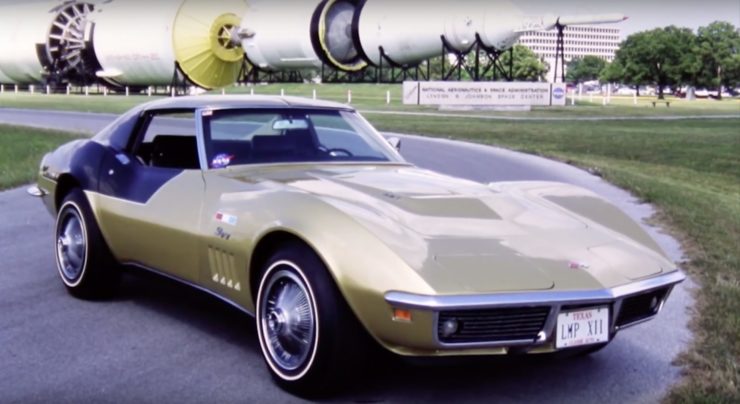 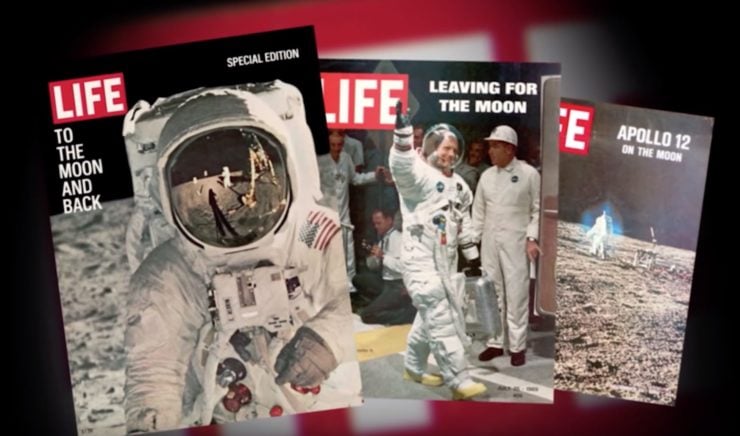 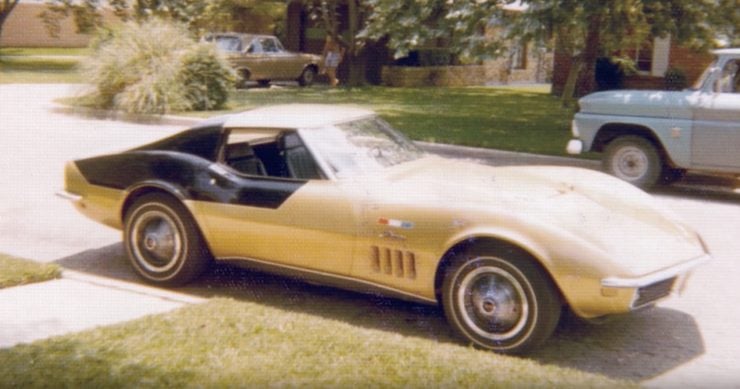 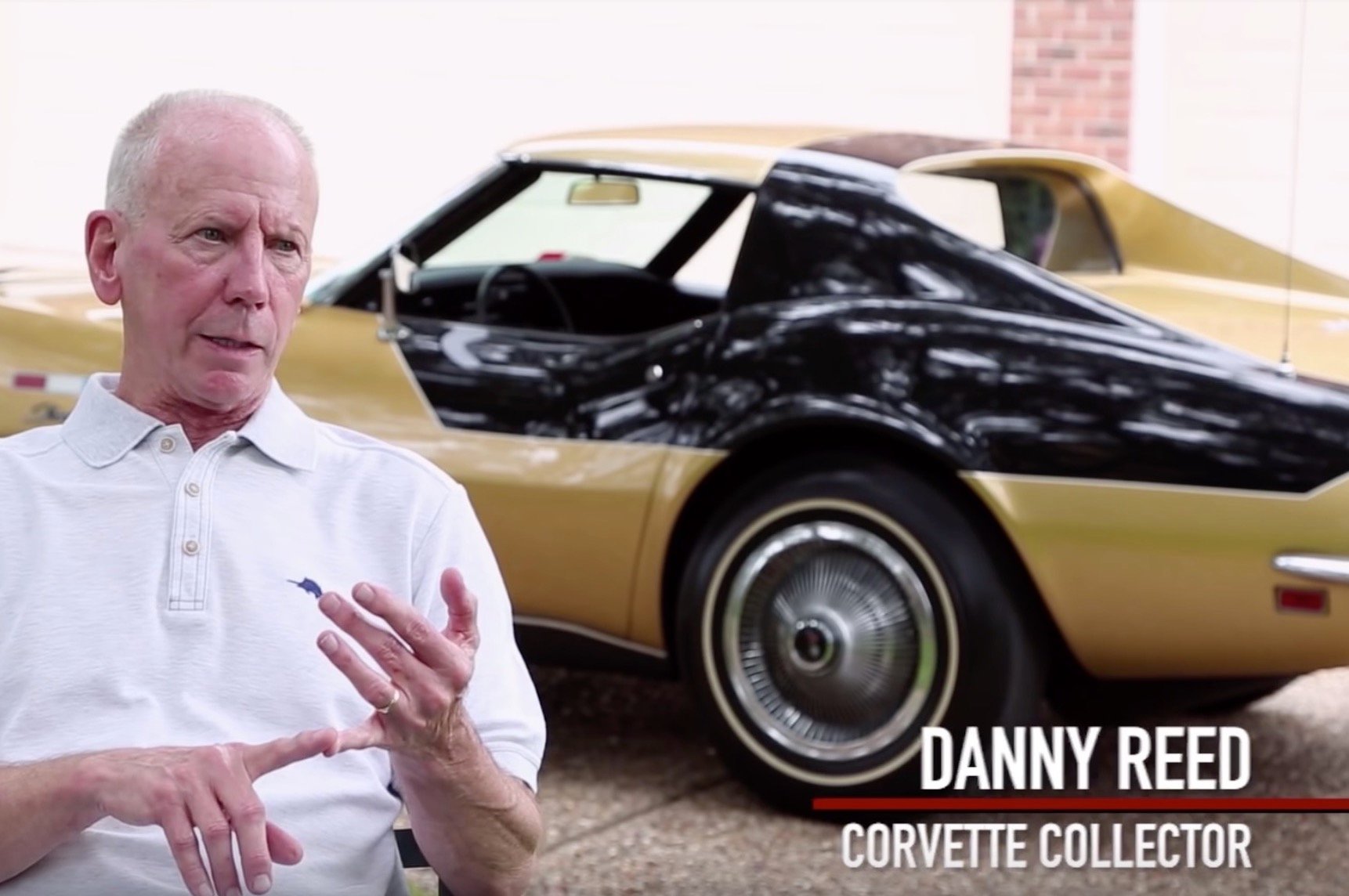