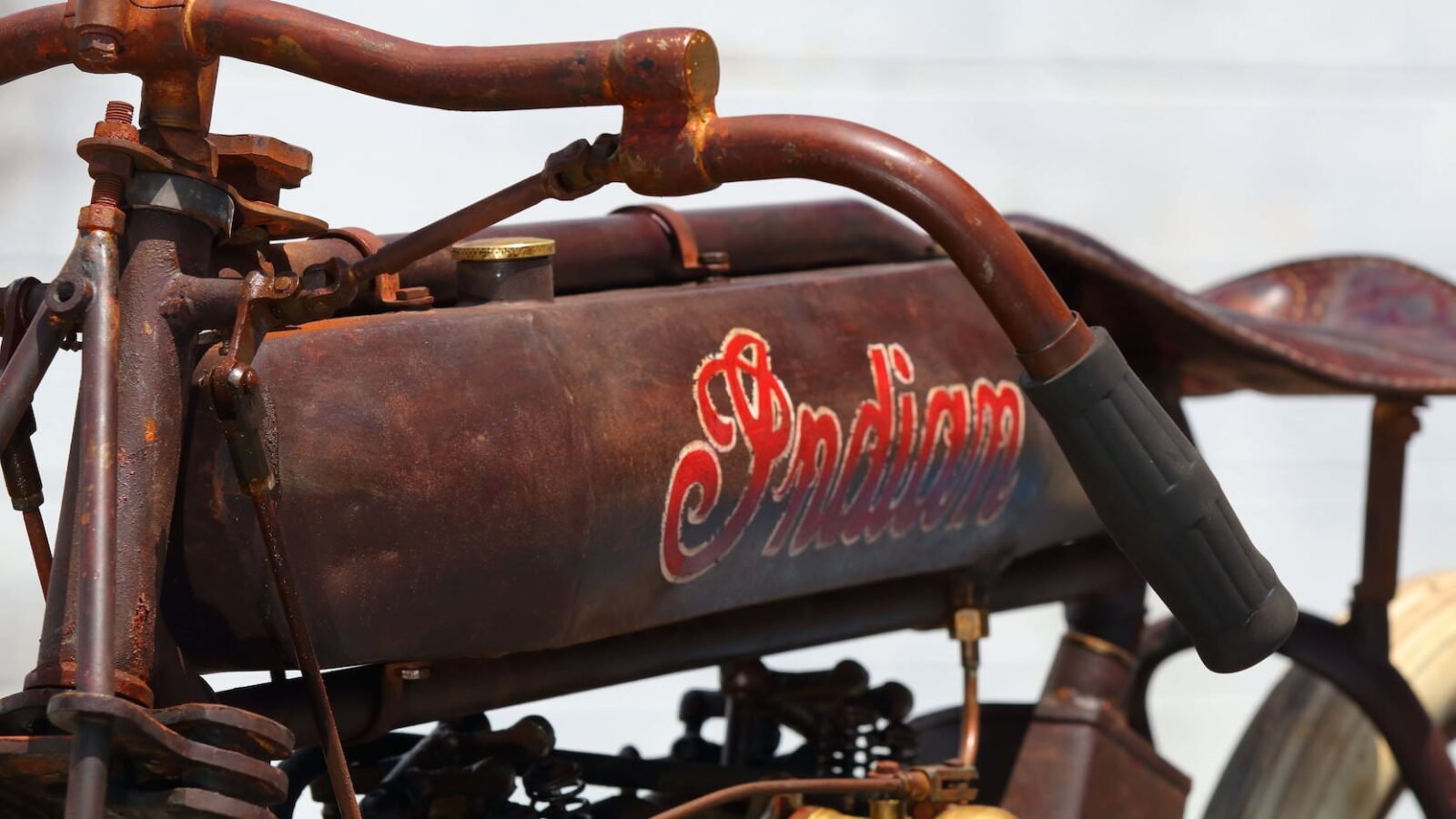 The Indian 8-Valve board track racer was one of the first factory built superbikes, it was released in 1911 with an advanced-for-the-era V-twin featuring four overhead valves per cylinder, powering a clutch-gear-chain drive system similar to that used on almost all modern motorcycles.

The Indian 8-Valve Board Track Racer

The 8-valve V-twin was developed by Oscar Hedstrom, Charles Gustafson Sr, and Charles B Franklin in 1910/1911 to combat the rising challenges offered by competing marques like Excelsior and Harley-Davidson.

One of the key issues faced by the Indian V-twin was exhaust valve failure caused by overheating, metallurgy being what is was at the time, valve failure was a significant issue that typically led to the destruction of the entire engine. 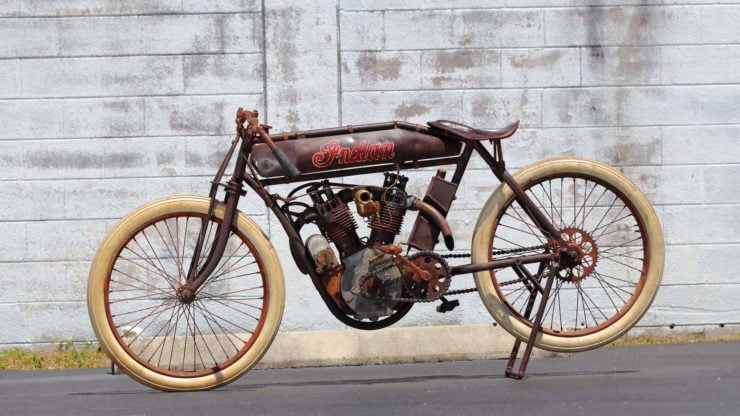 The team at Indian struck upon the idea of fitting four valves to each head, thus doubling the number of exhaust valve stems and ensuring a faster flow of gasses out of the cylinder head. This had the added benefit of allowing faster gas flow both in and out of the head, and with other improvements led to a significant increase in engine performance – enough for over 120 mph on some of the longer board tracks.

The first 8-valve Indians were released in late 1911, this was one of the most important years in the history of the American motorcycle maker as it was the year they took 1st, 2nd, and 3rd at the Isle of Man TT beating the best motorcycles and riders in the world in an entirely convincing fashion.

The release of the 8-valve to both official Indian team riders and other privateer racers in the United States would shoot Indian to the top of the pack for the next few years, ensuring they were the team to beat on the dozens of rapidly constructed board track raceways that had been built from coast to coast with lengths reaching up to 1 mile in circumference.

The simplicity of board track racer design coupled to the 120+ mph speeds some of them were capable of has led to many calling them the first superbikes. They were almost certainly the fastest non-land speed racing motorcycles in the world at the time and they must have been a sight to behold as they belted around banked wooden tracks in a cloud of smoke, oil, and thunderous noise. 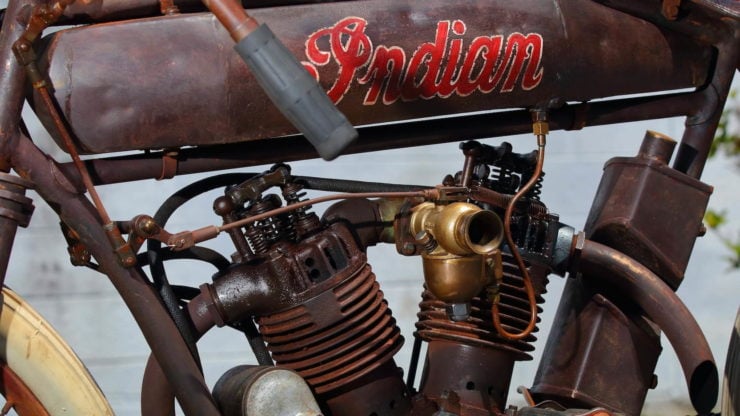 Sadly not a single board track circuit remains, they were largely built from untreated wood and didn’t last more than a few years.

Before long oval track motorcycle racing moved to dirt tracks where it remains to this day, now we call it flat track or dirt track racing and Indian (now a subsidiary of Polaris) won the AMA Flat Track Racing Championship last year.

The Indian 8-Valve Board Track Racer you see here is in largely original, unrestored condition. It was bought by a South America-based racer named Lucchese who wanted to compete with it, sadly after it arrived it became clear that there were no suitable classes for it to race – it would have dominated almost all the other motorcycles available in South America at the time.

In the end, Lucchese used his Indian for a series of exhibition races until it was garaged at some point in the 1930s as the bite of The Great Depression sunk in. After its rediscovery a process was undertaken to bring the mechanical aspects of the motorcycle back into working order without losing the patina.

The Indian is now presented with its paint in 70% original condition, it was recently imported to the USA from Uruguay, and it’s now being presented for sale with Mecum. The estimated hammer price is between $75,000 and $85,000 USD, though we have seen them sell for more than this if the right bidders are in the room on the day. 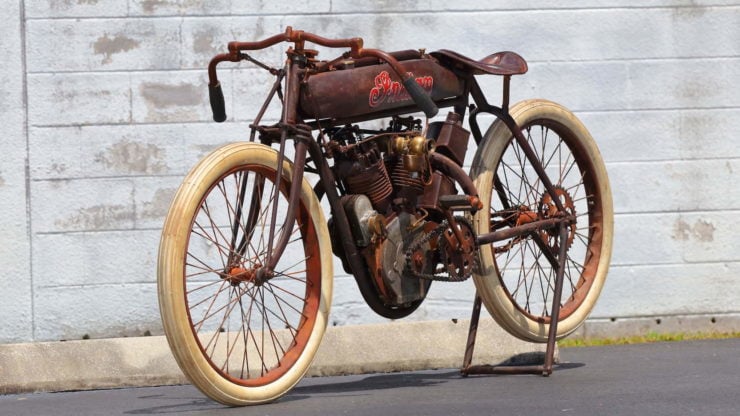 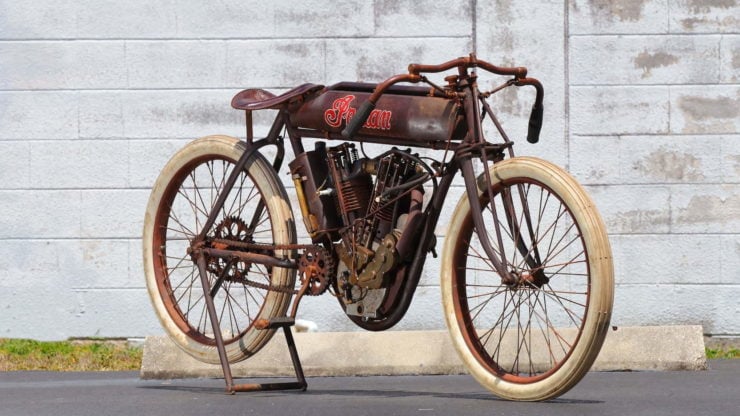 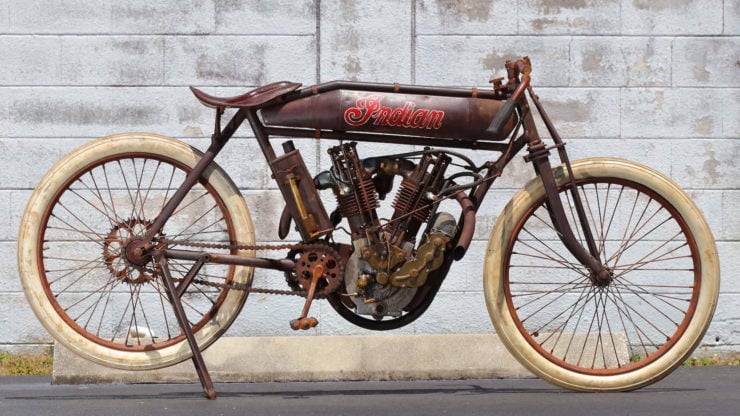 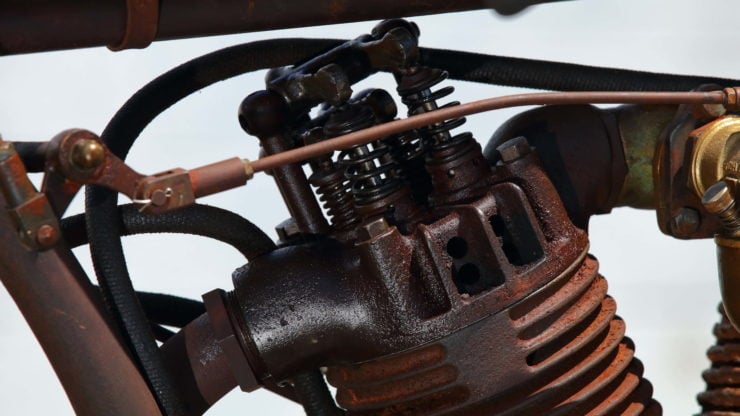 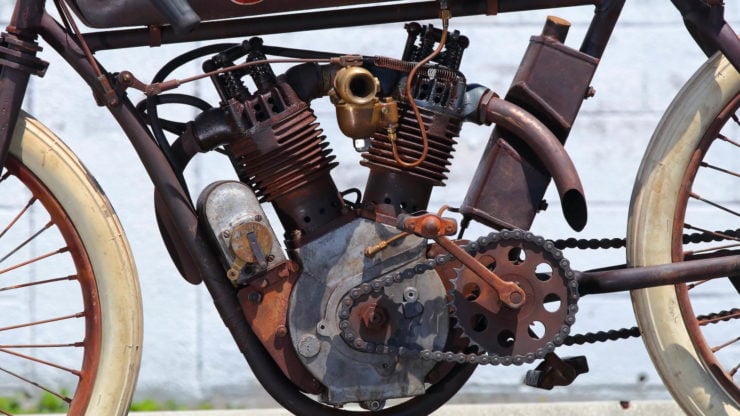 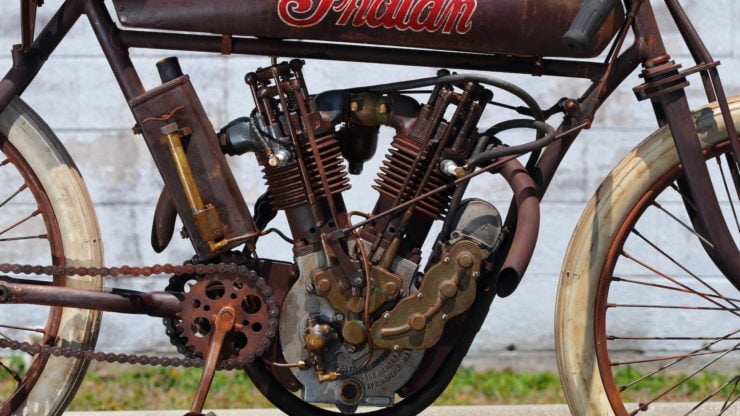 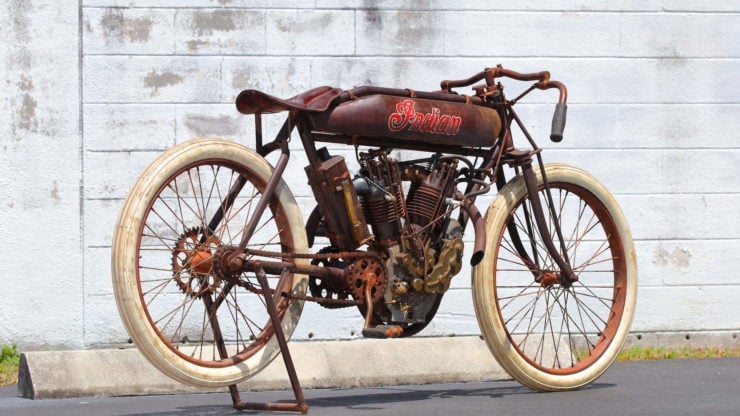 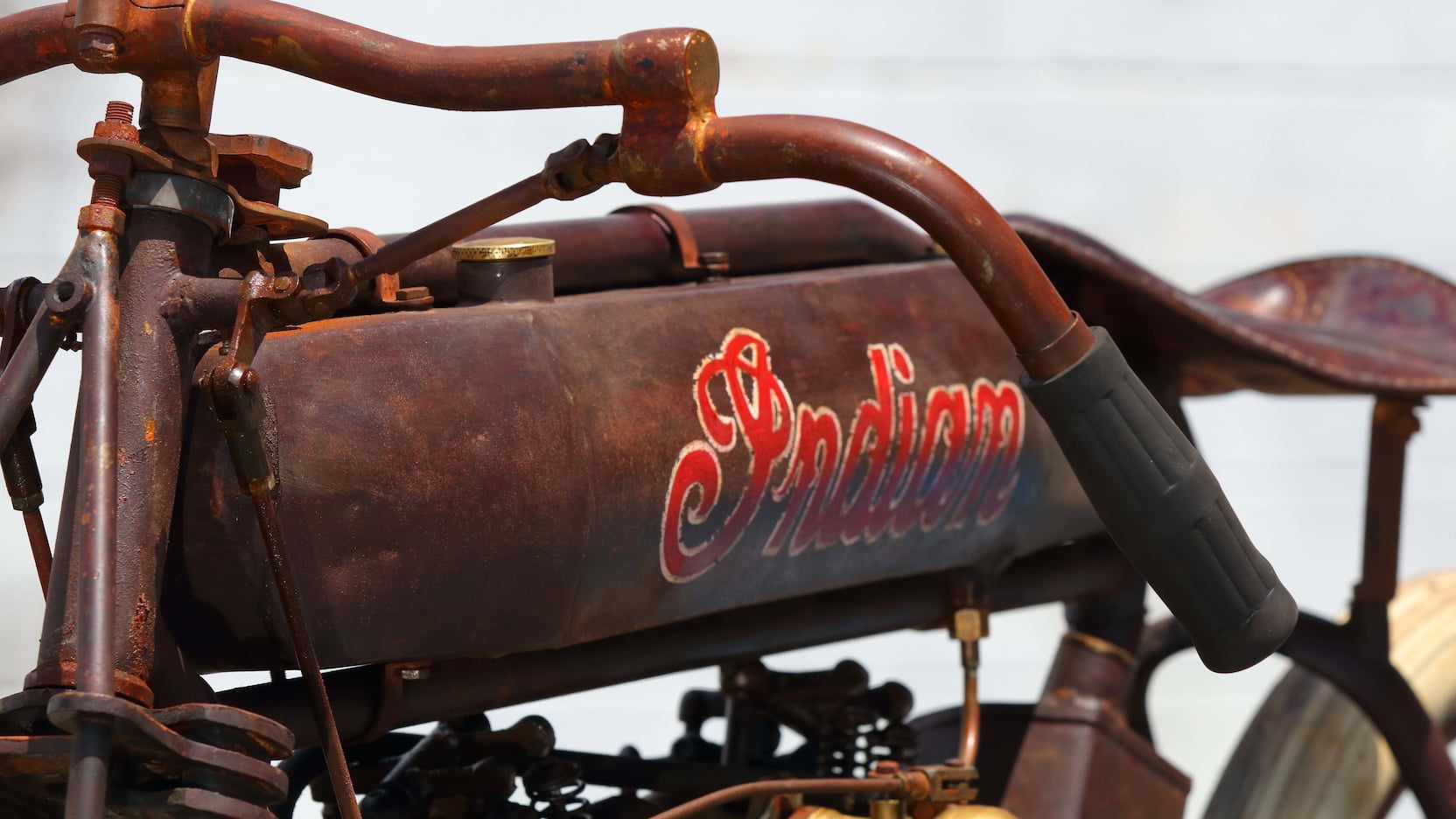