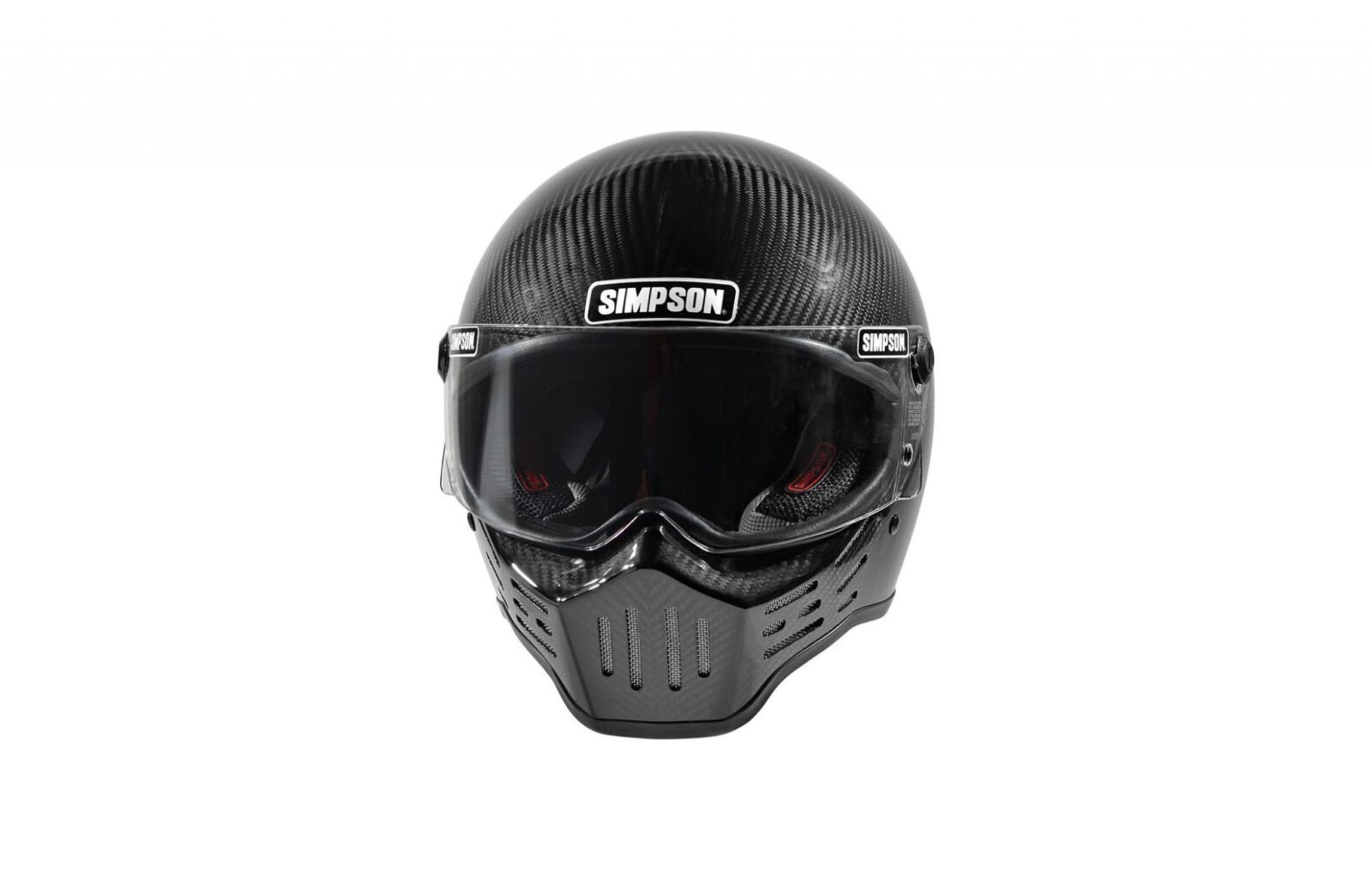 The Simpson M30 Bandit Carbon helmet is the modern version of the model that Simpson have been selling since the 1970s – though of course its been re-engineered from scratch to meet or exceed modern helmet safety standards.

The carbon fibre shell is available in either a gloss or matte finish, the helmet is remarkably light due to the carbon composite exterior, and the interior features an EPS liner, and a Cool Max moisture wicking fabric liner.

There’s a Free Stop pivot system allowing the wearer to stop the shield at any angle, and the M30 has DOT certification. 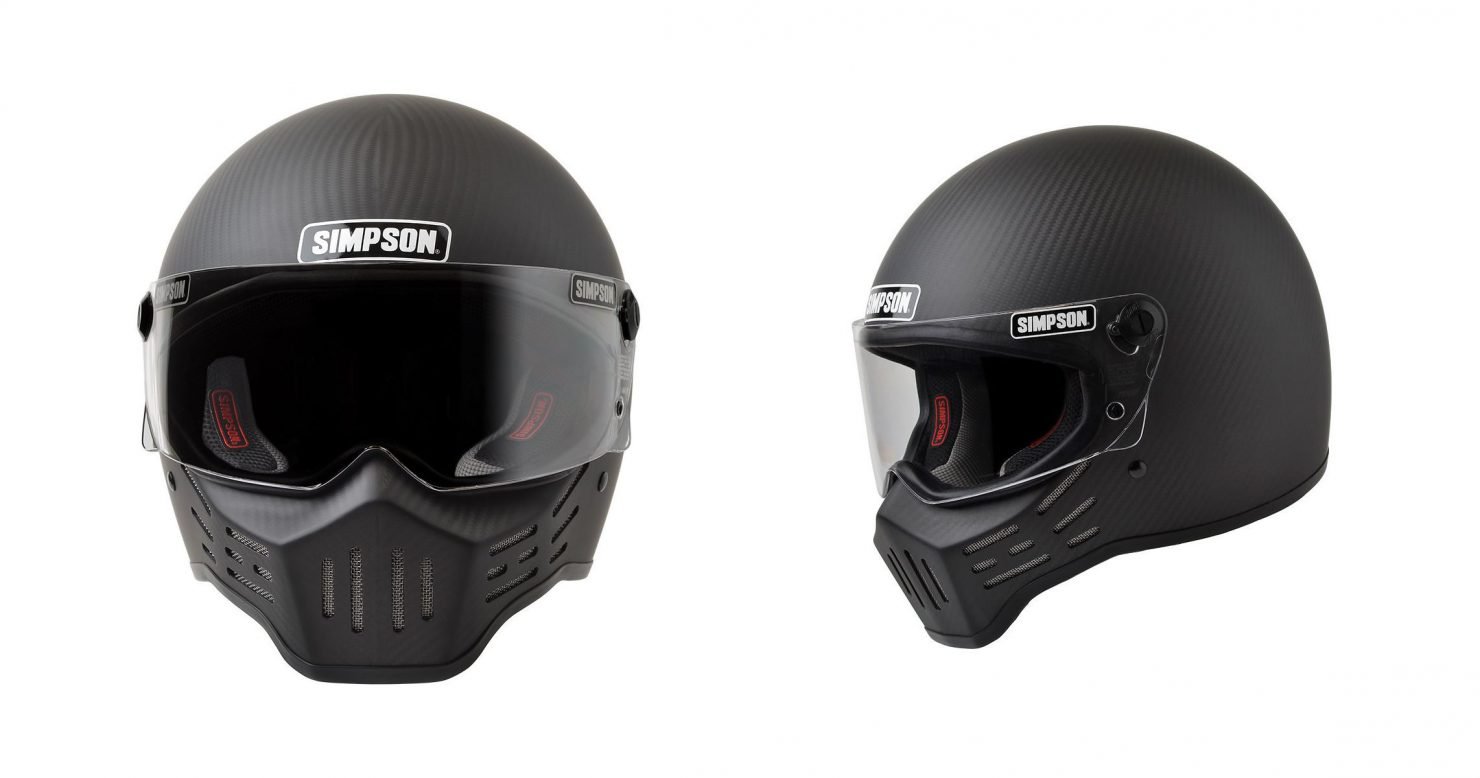 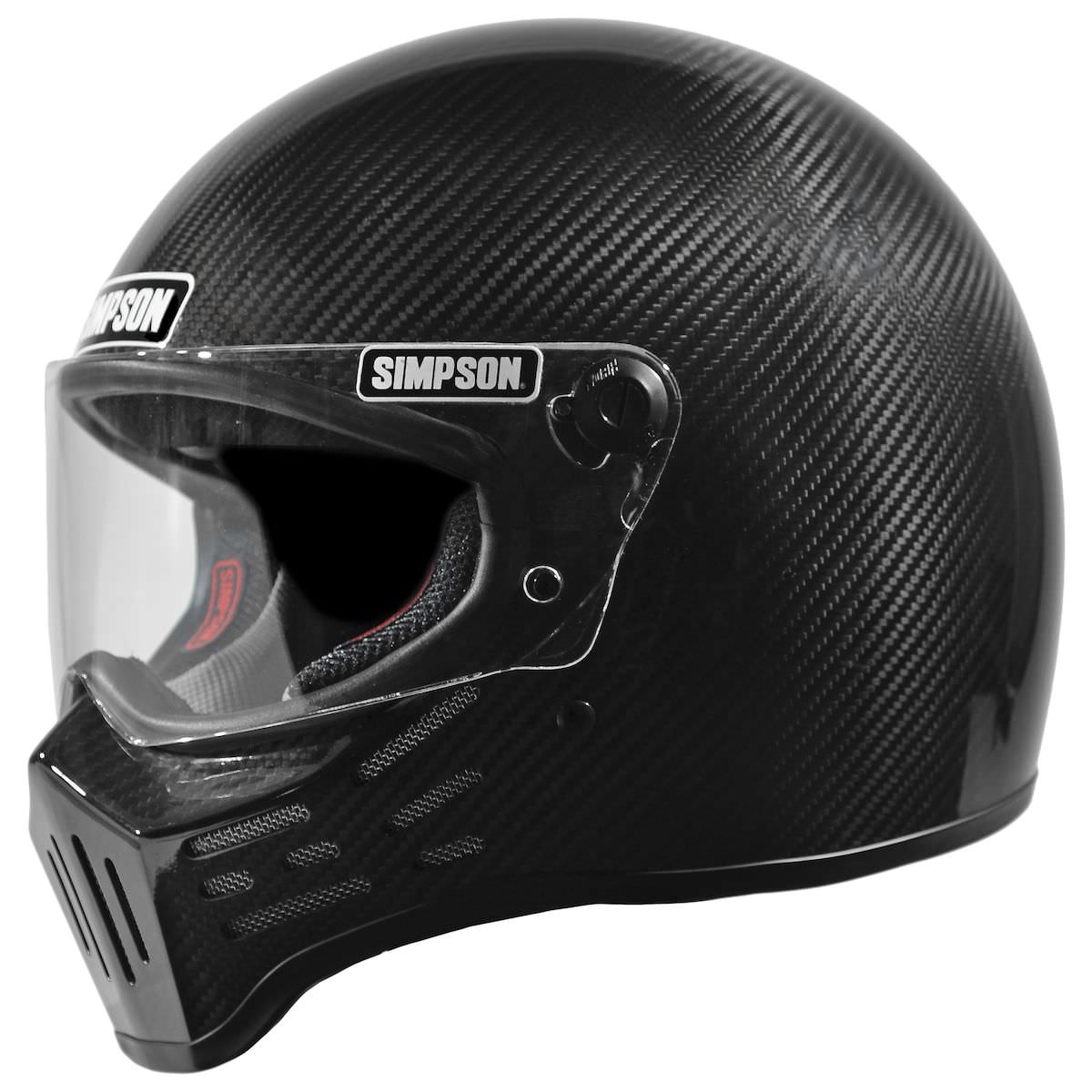 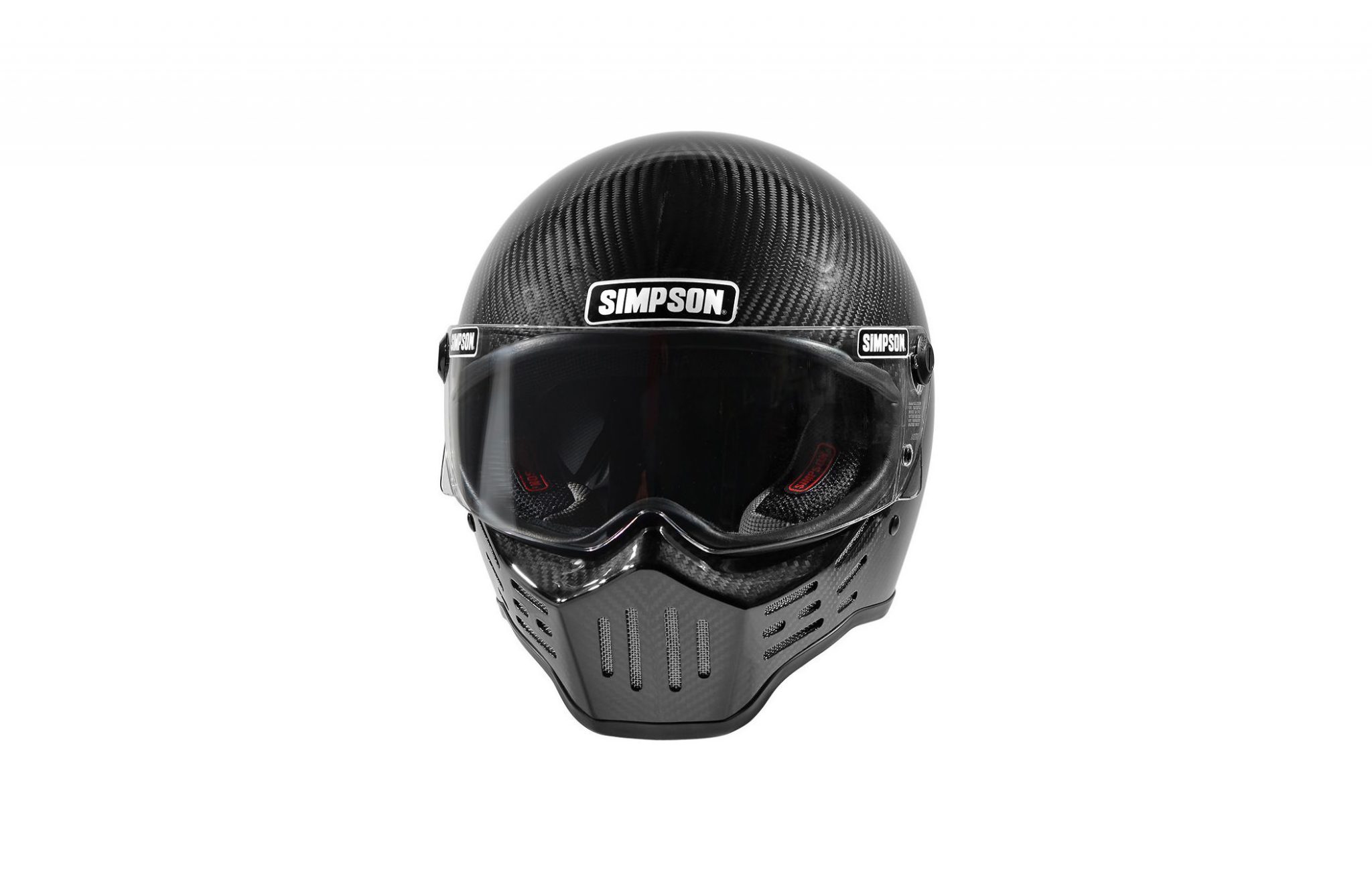