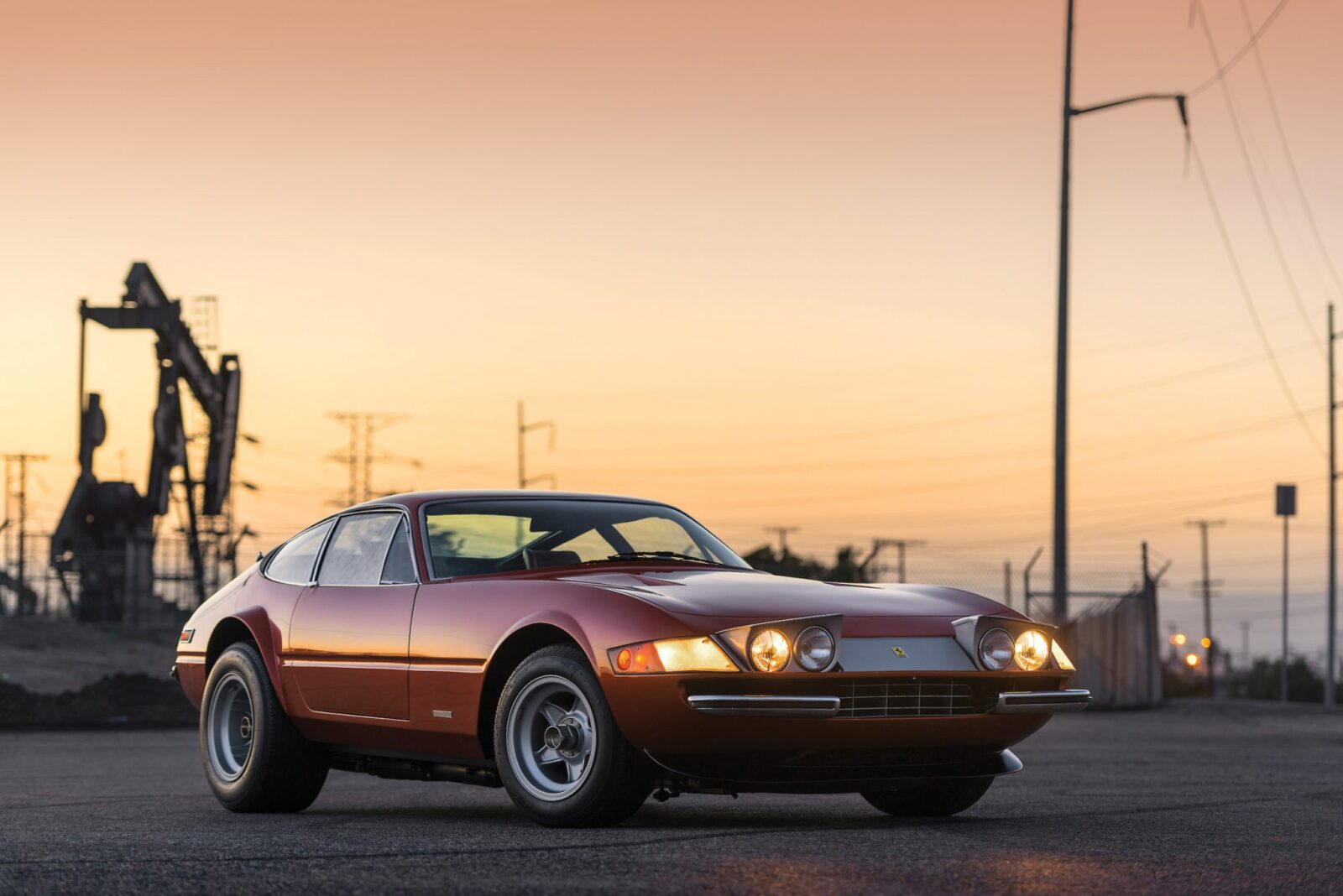 William Harrah was a casino magnate and car collector with a larger than life personality and a keen eye for a good wager. One of his more well-known bets was made with an ambitious Sikorsky helicopter salesman who was trying to convince Harrah that he could commute to and between his hotels and casinos far more quickly in the air than on the road.

Anyone who knew Harrah knew he loved his cars – the faster the better. He owned multiple Bugattis and Ferraris, and on taking delivery of the 365 GTB/4 you see here decided that it could be quicker – despite the fact that it was the fastest production car in the world at the time. He sent it off to Francisco Mir’s Service Center in Santa Monica to have competition-style 9 inch alloy rear wheels fitted with wider rubber and fender flares to match, engine upgrades were also applied although specifics are lost to history.

It was in this upgraded 365 GTB/4 Daytona that Harrah competed against a Sikorsky helicopter to compare commute times – the Ferrari wiped the floor with the chopper, averaging 146 mph and winning the bet for Harrah. I can only imagine the shock of other motorists at seeing a brand new Ferrari with its memorable “H” license plate blasting past them at well over twice the speed limit.

When he wasn’t terrifying other motorists, William Harrah was known for helping to create the Nevada Gaming Control Board in 1955, followed by the Gaming Commission – designed to regulate casinos fairly and rid the industry of its insidious organised crime links.

Harrah also instituted policies in his casinos welcoming all races, encouraging the hiring of African-American entertainers and hiring women as dealers. The main theatre in Harrah’s Reno was officially named “Sammy’s Showroom” after legendary performer Sammy Davis, Jr. After his passing, 175 of Harrah’s vehicles were donated to establish the National Automobile Museum in Reno, Nevada – including a car that formerly belonged to Sammy Davis, Jr. 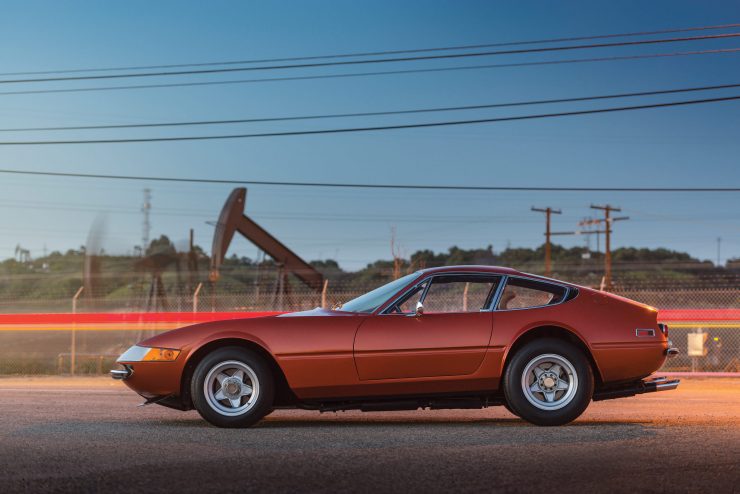 In 1968 Ferrari unveiled their new car, the 365 GTB/4. It was a stark shift from the more rounded and flowing designs of its predecessors and thanks to a 1-2-3 finish at the 1967 24 Hours of Daytona by Ferrari, it was nicknamed the “Daytona” by the world’s motoring media. The nickname stuck even though Ferrari strongly resisted it for decades.

Ferrari had built the 365 GTB/4 Daytona to take on the newly minted Lamborghini Miura, a car that had been released in 1966 and put the fear of God into Enzo Ferrari unlike any car before it. The Miura was Ferruccio Lamborghini showing that he could out-Ferrari Ferrari, and he had succeeded.

In order to balance the car a transaxle was used, the same basic layout that had been implemented in the outgoing Ferrari 275 GTB. For the unfamiliar, a transaxle is a combination gearbox and differential – it’s beneficial because it moves the weight of the gearbox to the back of the car, which helps to balance the weight of a large front-mounted engine and ensure optimal weight distribution.

The 365 GTB/4 Daytona you see here was William Harrah’s daily driver, and it still wears its iconic “H” license plate. This is the Ferrari that Harrah raced against the Sikorsky helicopter – although the new owner would be well advised not to attempt a repeat of the feat, as modern highway patrol officers are less understanding than their counterparts from the ’60s.

In the years since it passed from Harrah’s ownership it’s had its paint redone, bodywork restored, and engine rebuilt (still matching numbers) – now producing 386 hp, a good 10% more than it left the factory with. If you’d like to read more about the car or register to bid on it when it crosses the auction block with RM Sotheby’s on the 18th of August you can click here to visit the listing. 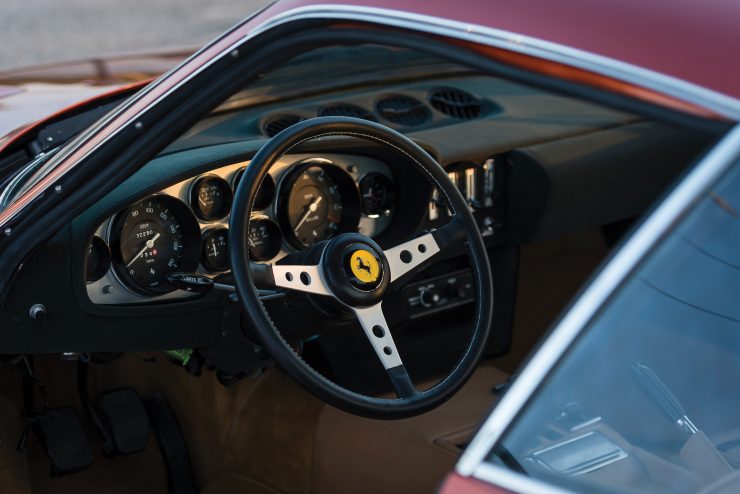 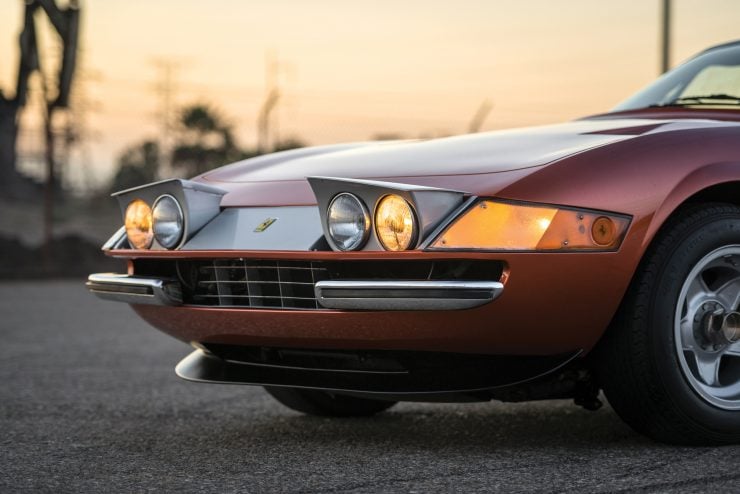 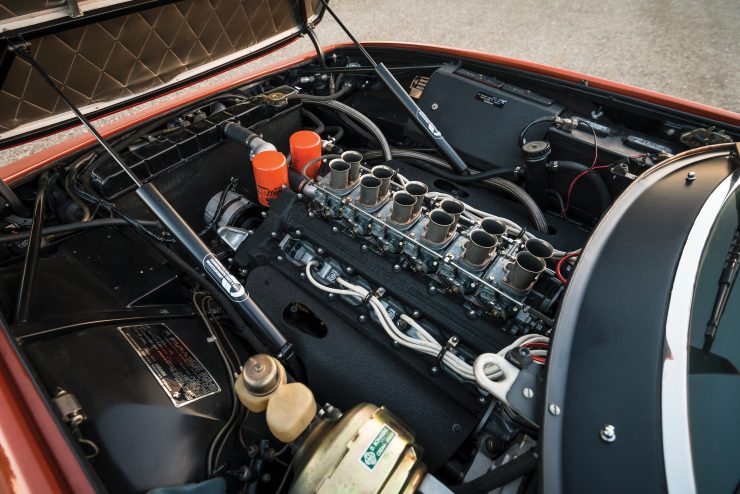 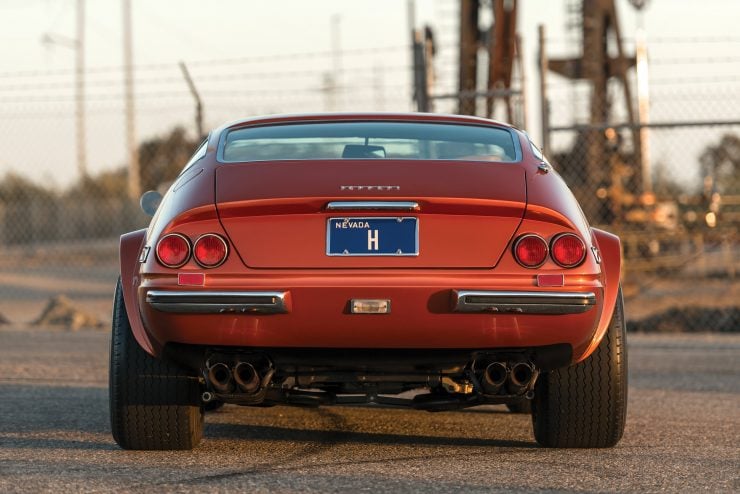 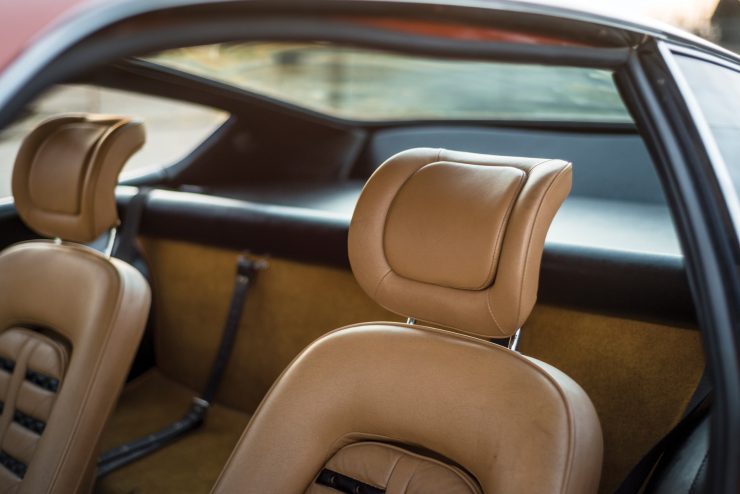 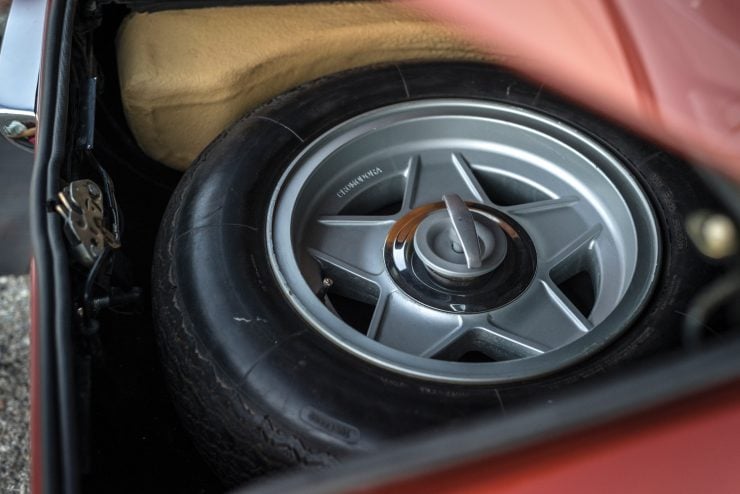 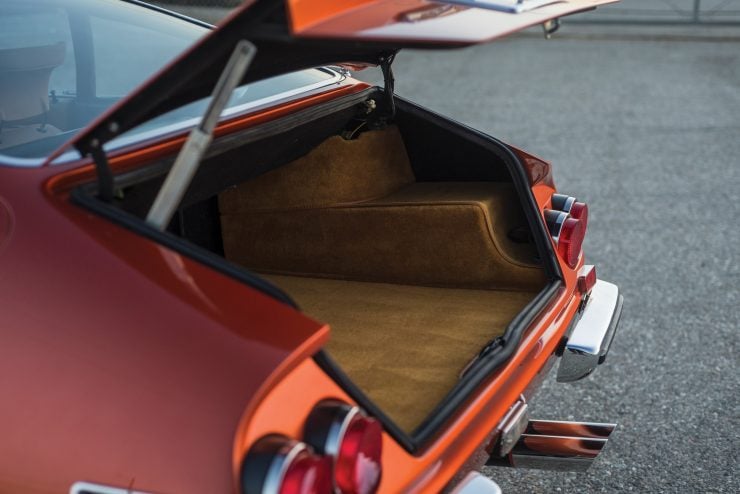 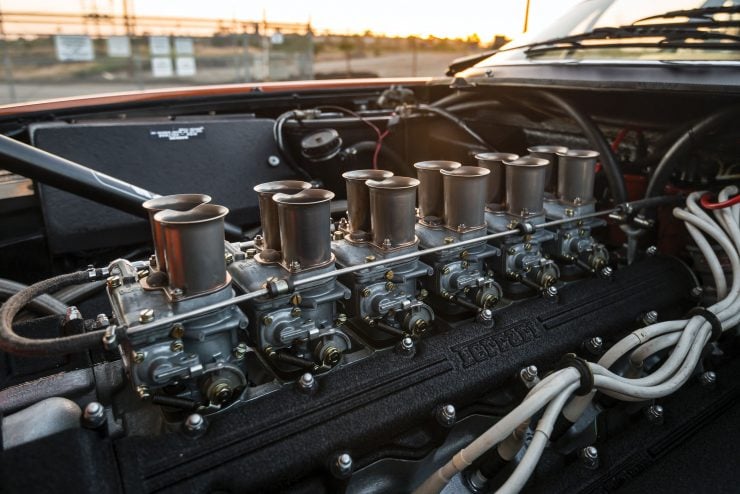 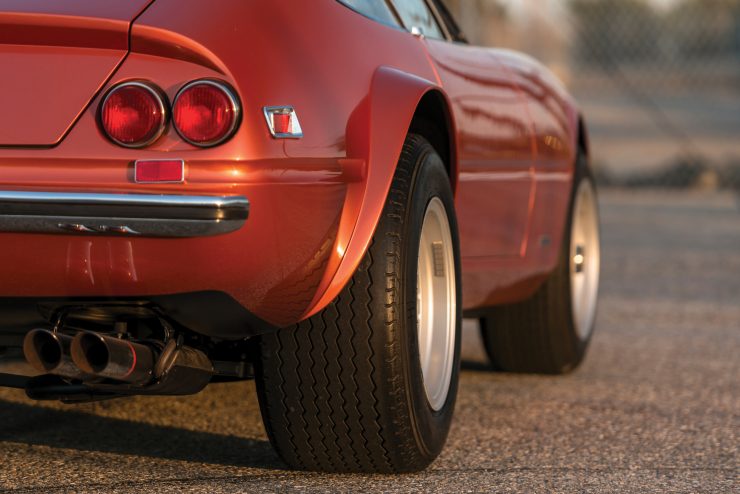 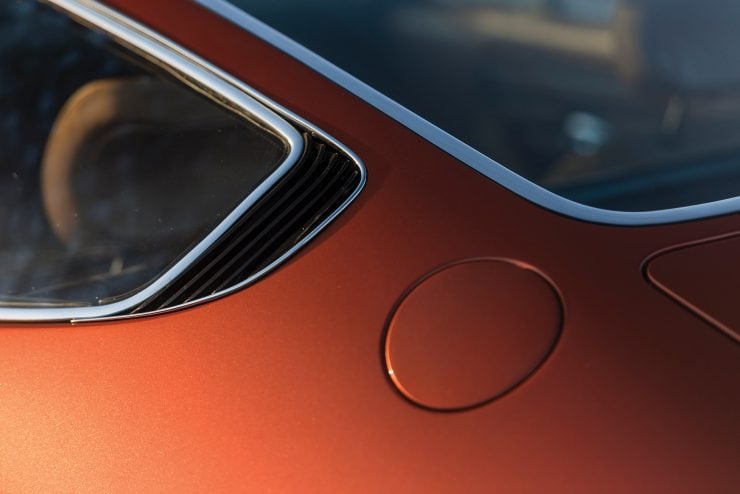 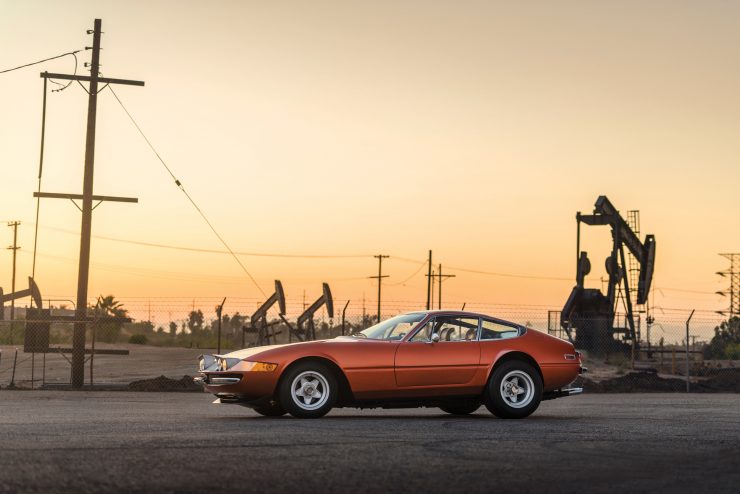 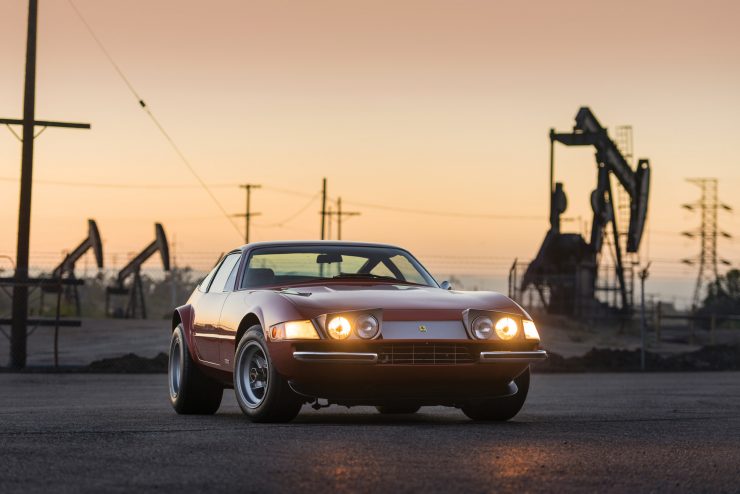 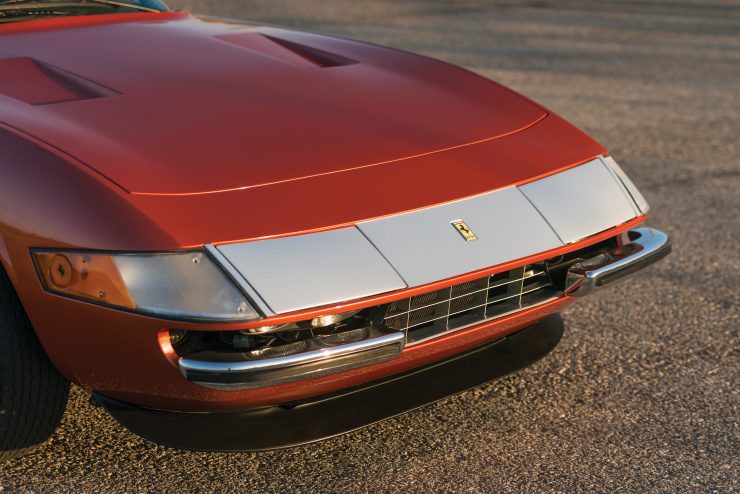 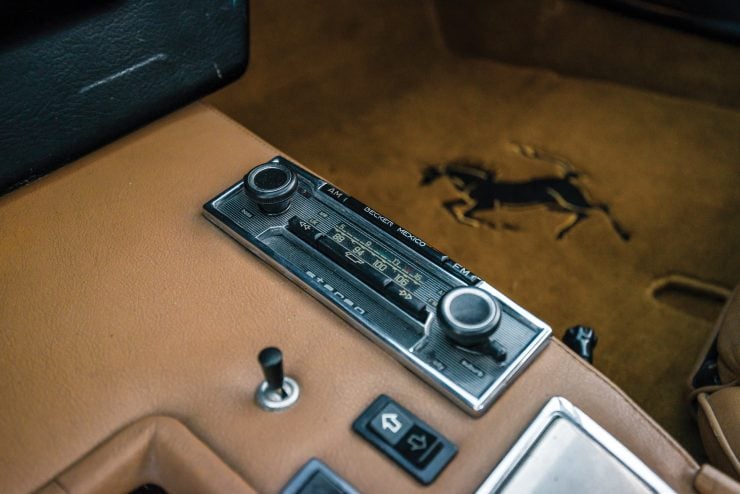 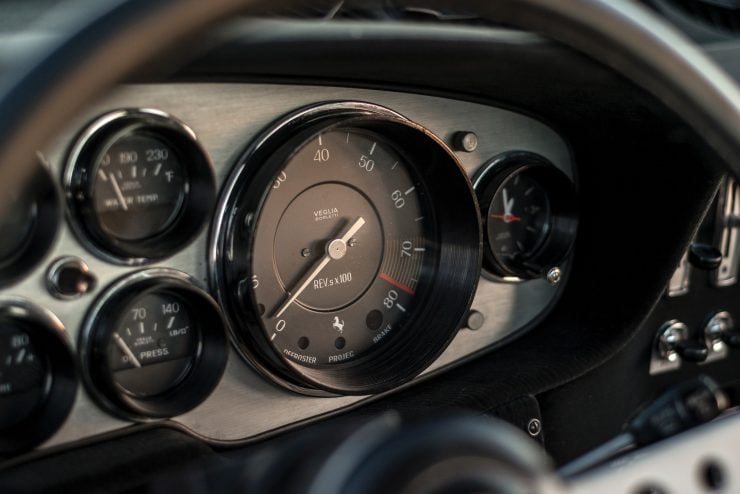 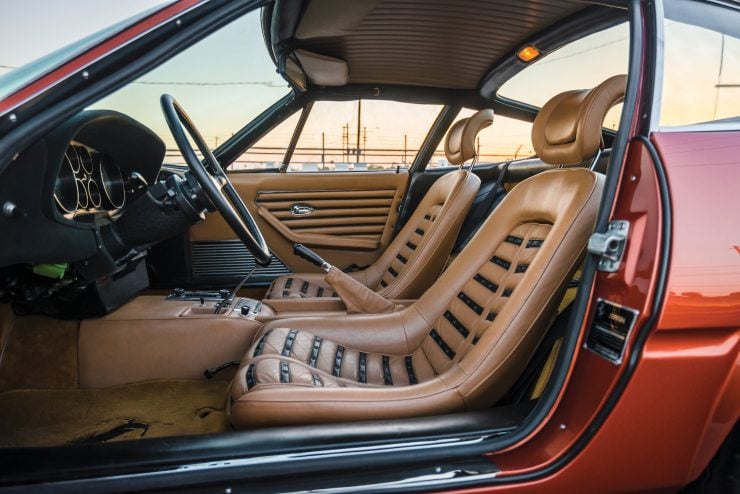 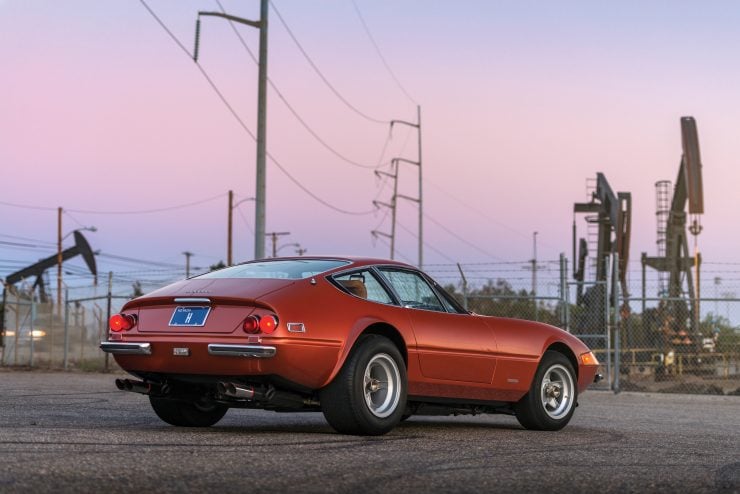 The Kaiser Darrin is an unusual American car that is considerably less famous than it deserves to be. The Darrin was the first mass-produced fiberglass-bodied sports car in the world, meaning of course that it…