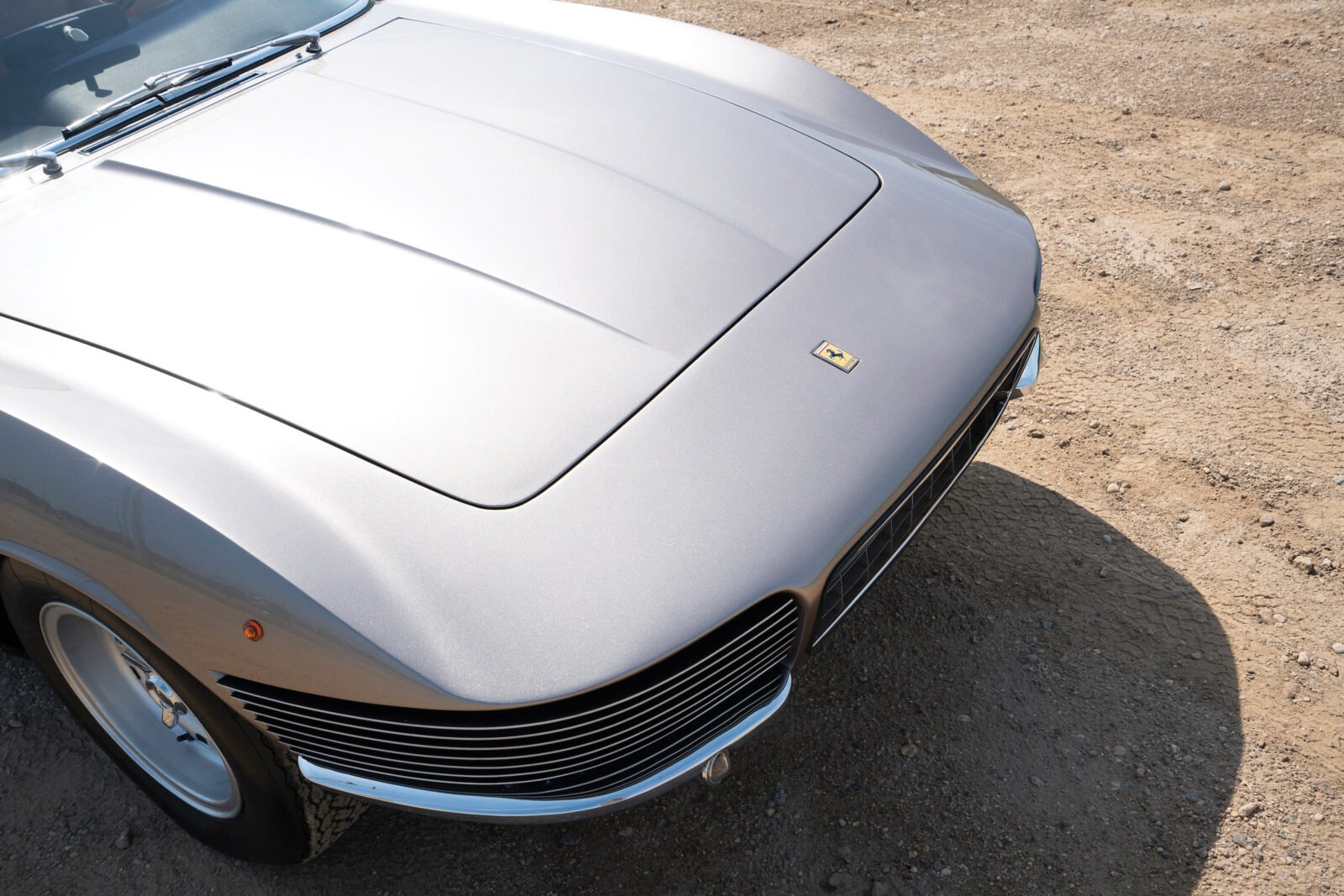 The Ferrari 330 GT 2+2 Shooting Brake is a car with a remarkable history, it was designed by the two man American team of Bob Peak and Luigi Chinetti Jnr and hand-built by famed Italian coachbuilders Vignale. Only one would be made, and fatefully it would be the last car ever made by Alfredo Vignale who was tragically killed in a car accident.

The Ferrari 330 GT 2+2 was released in 1964 as a development of the 330 America, it featured quad headlights, an extended grille, and a 50mm longer wheelbase. A year later in 1965 a revised version was released with a more traditional twin headlight arrangement, alloy wheels instead of spoked, a 5-speed gearbox, and optional air conditioning and power steering.

The 330 GT 2+2 is possibly best remembered for the fact that it was John Lennon’s first car. The story goes that in February 1965 word spread around London that Lennon had just passed his driving exam. As a young man of almost unlimited wealth he was an ideal target for luxury car salesmen, and many of them rushed their latest and greatest sports cars to his opulent home in Weybridge, Surrey.

The Ferrari dealer was the only man with the foresight to bring a 2+2 model, knowing that Lennon had a young son named Julian, and that Lennon would need at least 3 seats. The dealer’s instinct was proven correct, and Lennon bought a brand-new Ferrari 330 GT 2+2 from him. 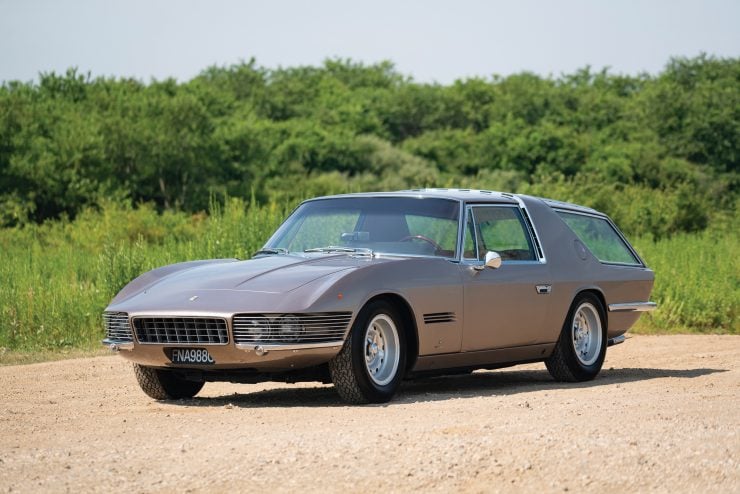 In the mid-to-late 1960s Bob Peak and Luigi Chinetti Jnr were working on a company that would bring bespoke Italian coachbuilt cars to the Americans in an accessible way that had never been tried before.

Bob Peak was already a famous American commercial illustrator whose work had been featured on the cover of Time Magazine, TV Guide, and Sports Illustrated. He created movie posters for West Side Story, My Fair Lady, and Camelot, before branching out into sci-fi and action films designing posters for the first 5 Star Trek films, Rollerball, Superman, The Spy Who Loved Me, Apocalypse Now, and many more.

Luigi Chinetti Jnr is the son of famed Italian-American Ferrari importer Luigi Chinetti, Jnr grew up surrounded by Ferraris and racing drivers. He started out sweeping the floors in the shop and worked his way up – becoming a racing driver and car designer in his own right.

When Peak and Chinetti Jnr joined forces to develop what they hoped would be the first of many Ferraris with bespoke bodies they didn’t do things by halves. The design they came up with was cutting edge for 1967, and far more modern looking than the 1967 Ferrari 330 GT 2+2 it was based on. Sadly their enterprise never got off the ground, leaving it as one of those curious historical “what ifs”. 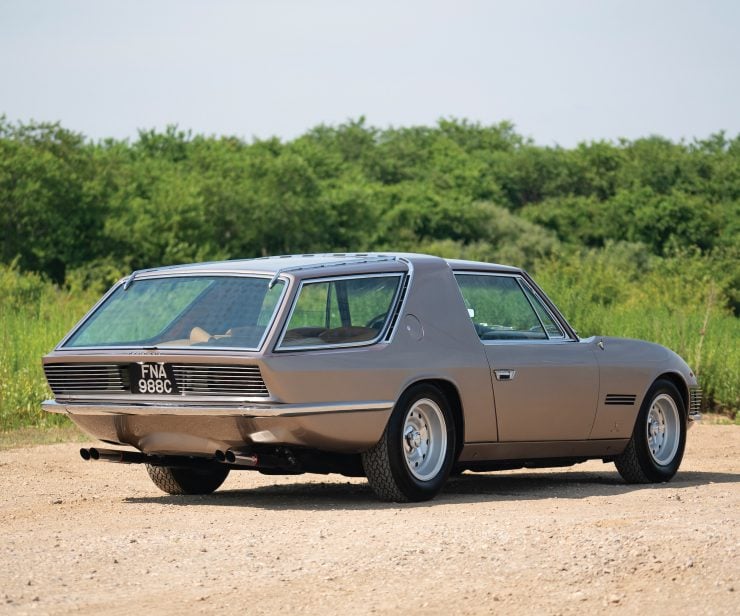 Space-age is a word that gets thrown around a lot, but when this car was first displayed on the Vignale Stand at the 1968 Torino Motor Show the term was used justifiably and frequently by attendees laying eyes on it for the first time.

The new Ferrari 330 GT 2+2 Shooting Brake shared no exterior parts in common with the 330 GT 2+2, save for a part of each door, and the windscreen. The design was well ahead of its time, with lines that would have looked perfectly at home in the mid-1970s.

The sweeping hood is bordered on either side by elegantly creased fenders, the quad headlights are tucked discreetly behind louvres that are referenced slightly further back behind the front wheel arches. An unusual series of vents extend from the door centerlines up over the roof, and the glass house rear-end has a glass rear hatch – pre-dating the one used on the Volvo 1800ES by four years.

The car has attracted much attention over the years, counting Jay Kay of Jamiroquai amongst its former keepers. With the resurgence  of interest and popularity surrounding shooting brakes, this one has been popping back up on the radar more recently – widely regarded as one of the single finest shooting brakes in history.

If you’d like to take it home with you you’ll need to make your way to the RM Sotheby’s auction at the Petersen Automotive Museum on the 8th of December. There’s currently no estimate listed and you can click here to visit the listing if you’d like to see more of the car or register to bid. 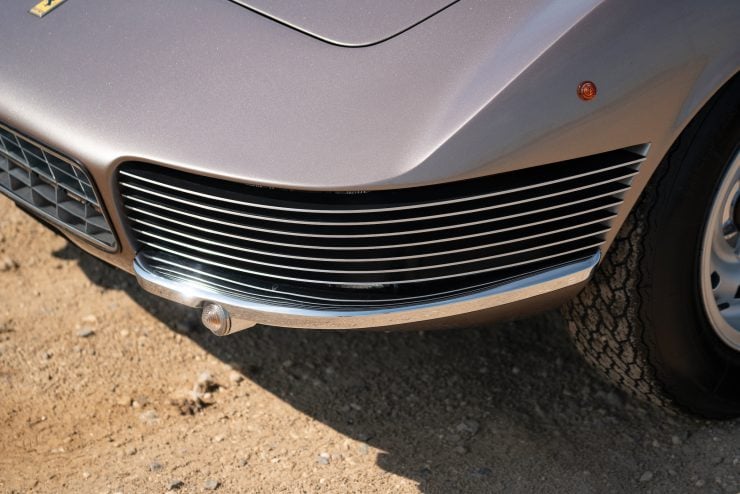 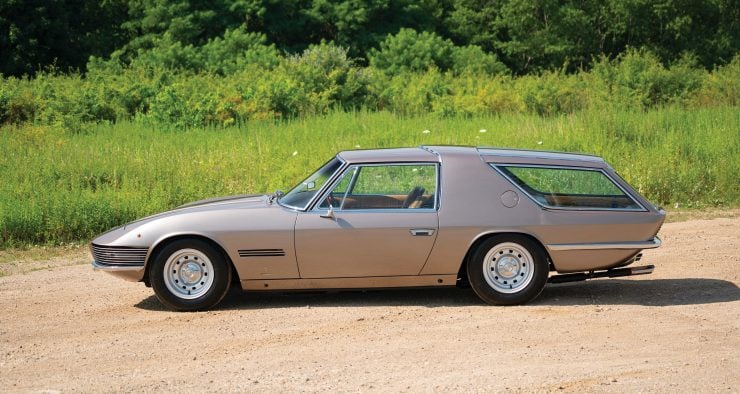 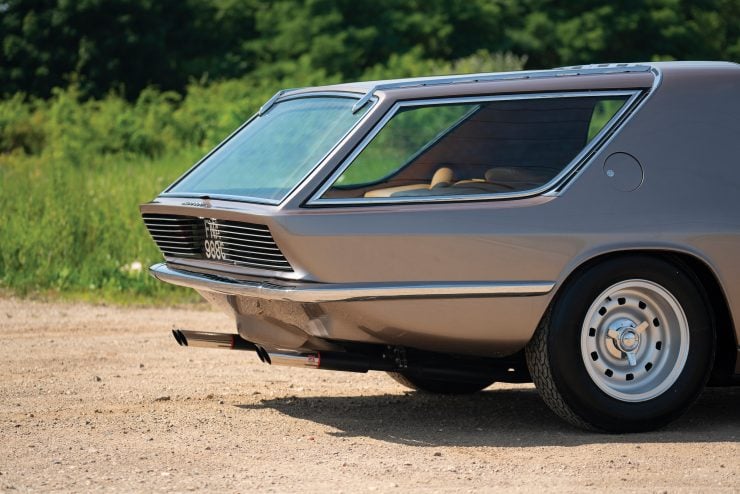 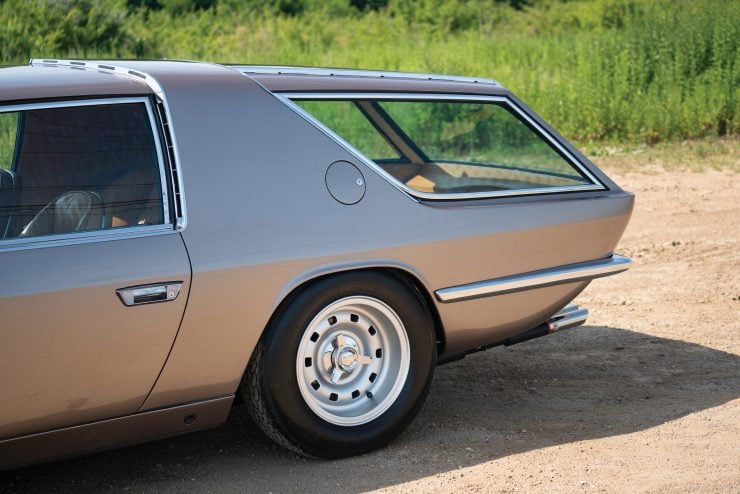 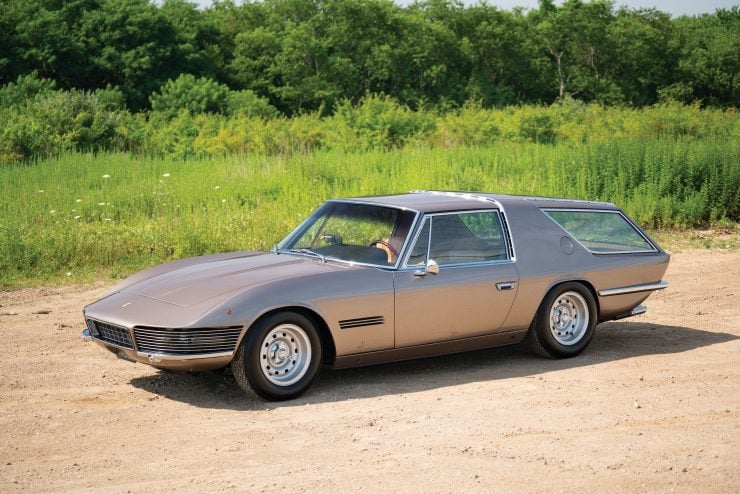 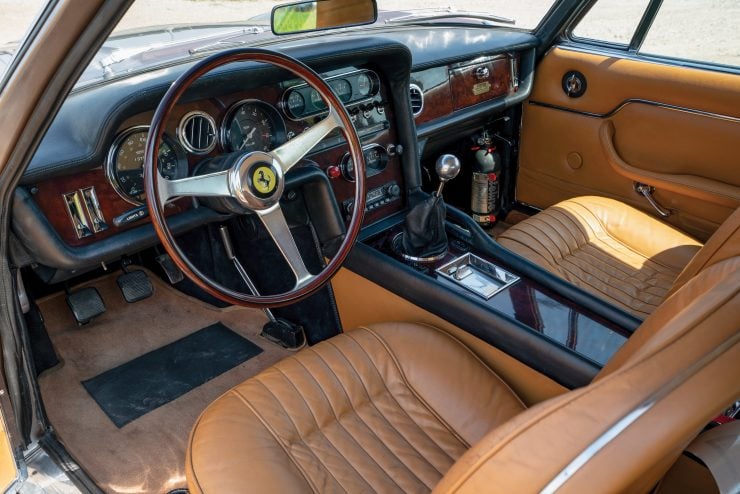 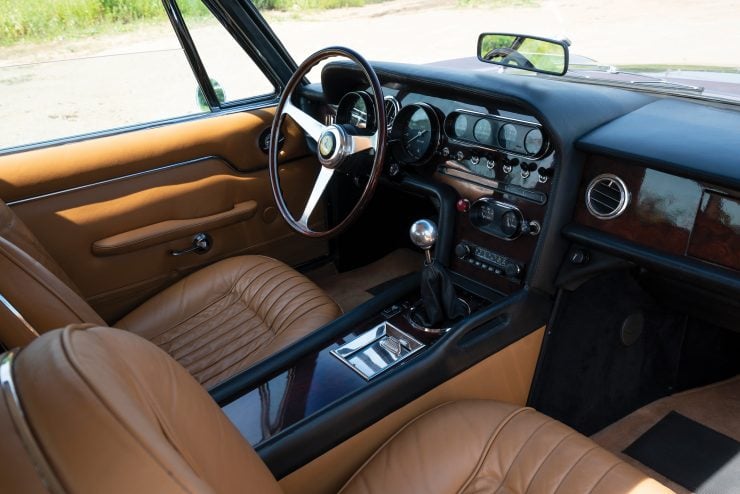 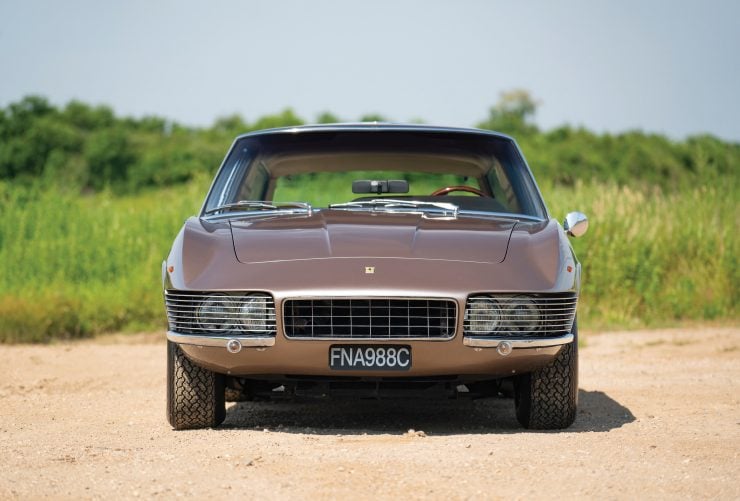 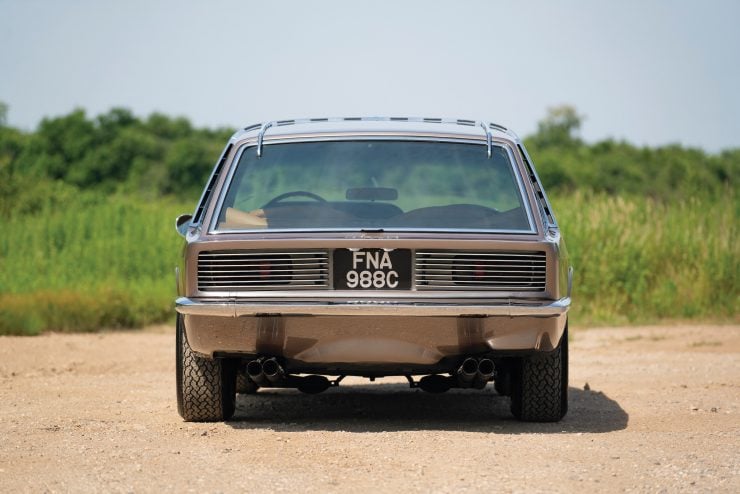 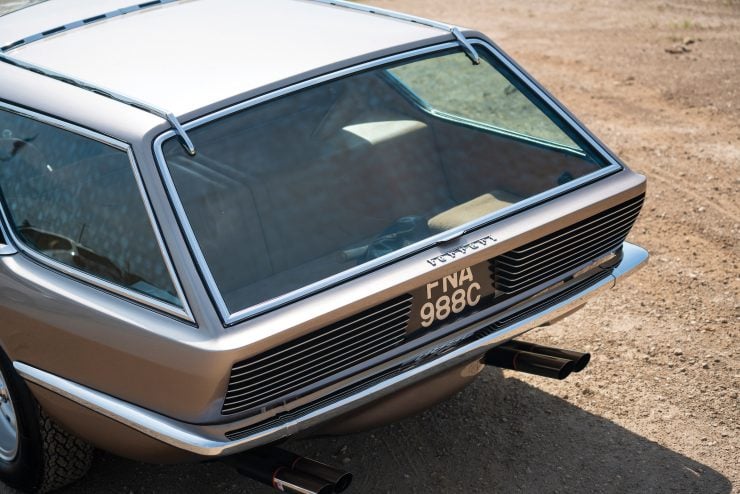 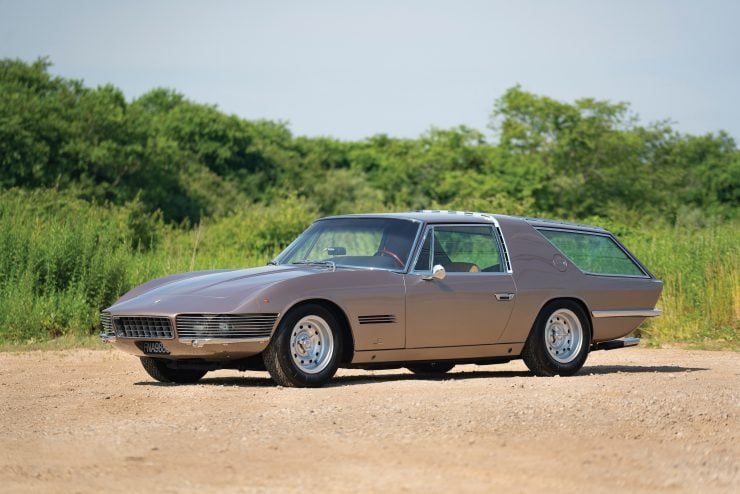 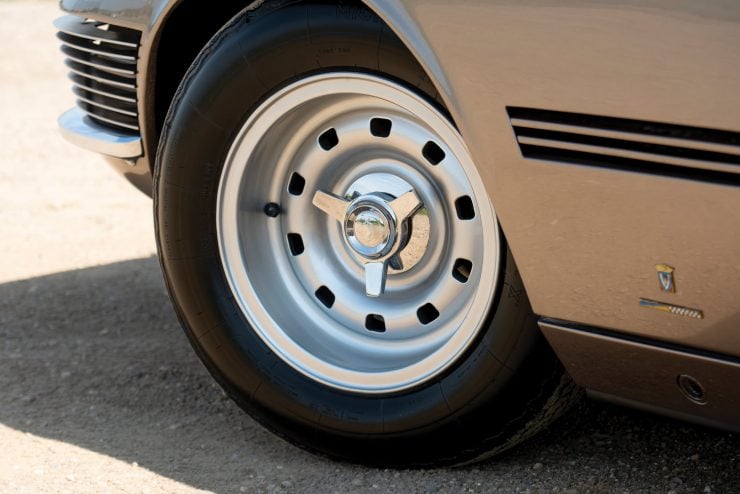 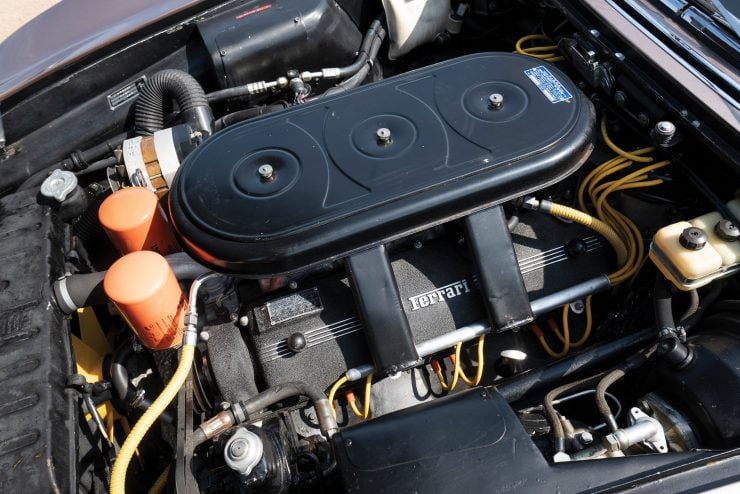 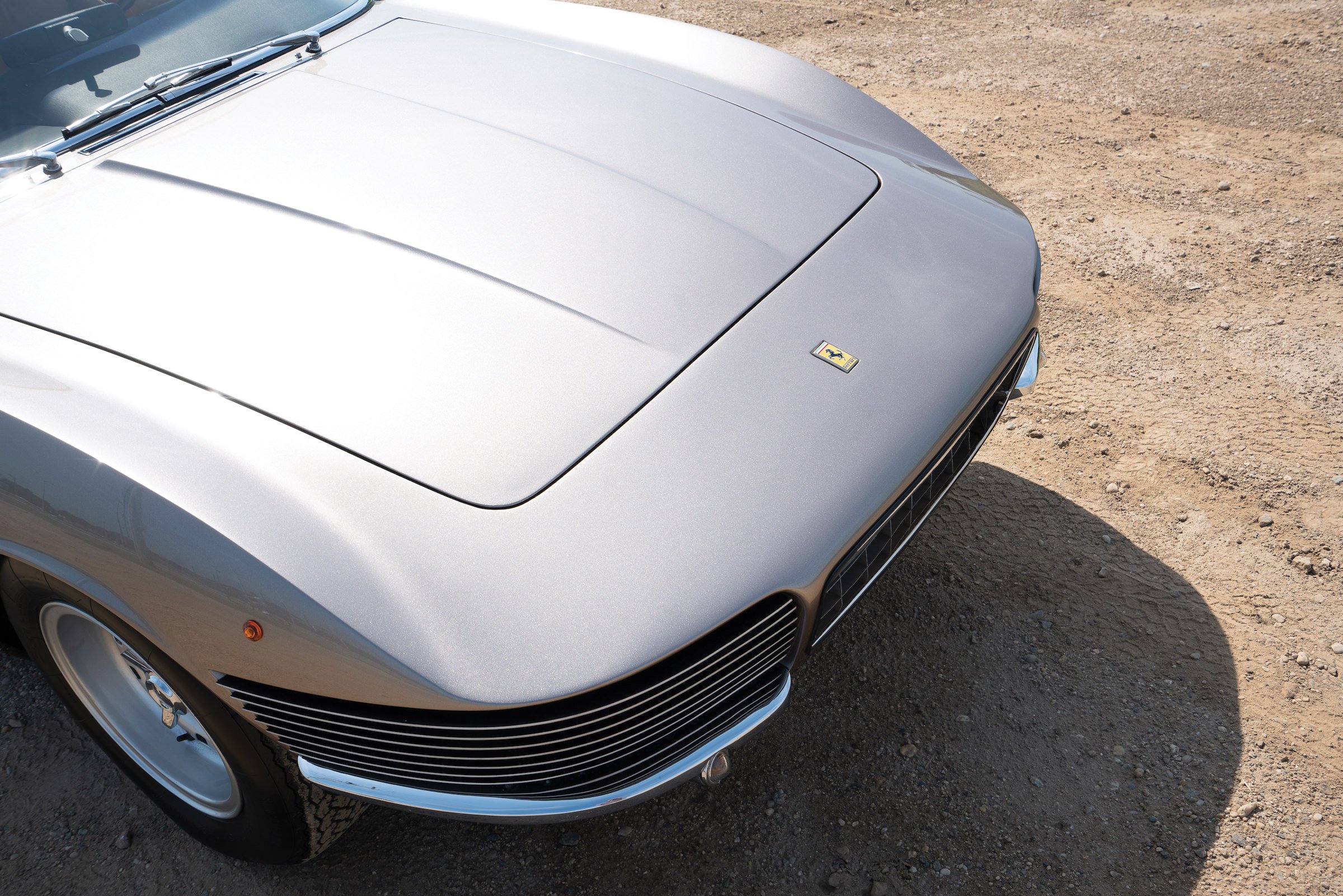