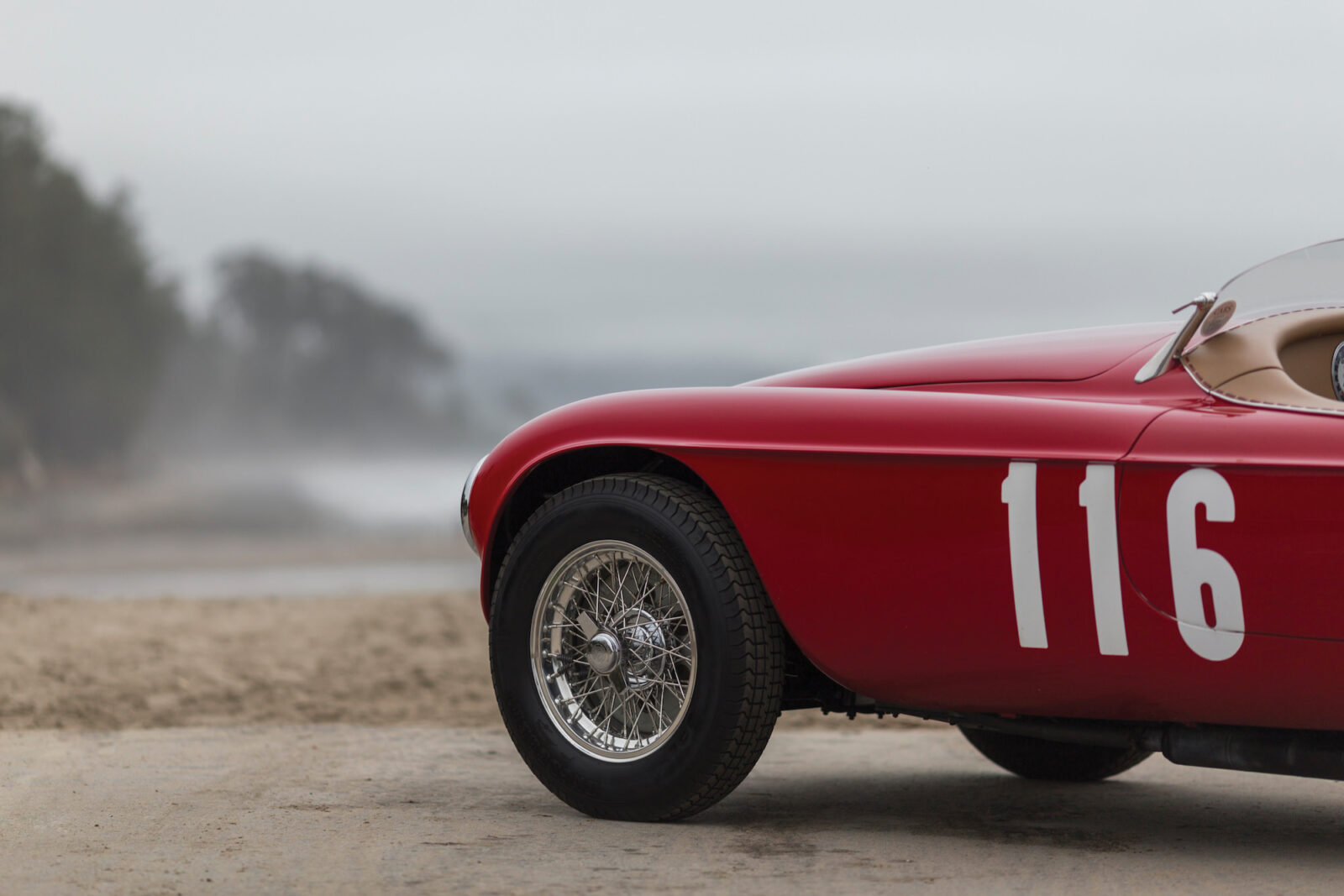 The Ferrari 166 MM was to be the first Ferrari that would ever win at the 24 Hours of Le Mans – taking outright victory in 1949. It was a busy year for Ferrari, and before it drew to a close the 166 MM had also taken victories at both the Mille Miglia and the Targa Florio. It was a stunning run of success for the fledgling car company – having only built their first all-original car two years earlier in 1947.

The Development of the Ferrari 166 MM

Ferrari based the 166 MM on the 166 S, which itself was an iteration of the 125 S. The latter being the first “real” Ferrari. As you may have guessed, the MM in the model name is a reference to the Mille Miglia – which the 166 S had won for the first time in 1948 in the hands of Clemente Biondetti and Giuseppe Navone.

The most significant difference between the 166 S and the 166 MM is the body – The 166 MM had a fully enclosed body made by coachbuilder Carrozzeria Touring using their patented Superleggera structure. This new body was lighter thanks to the construction method – Superleggera bodies have a framework of small-diameter steel tubes in the basic shape of the body, which the aluminium panels are then attached to. Interestingly, it was a direct evolution of the wooden structures with fabric coverings used to make lightweight structures for aircraft.

The engine used in the 166 MM is likely one of the most famous Ferrari power units of all time – if not the most famous outright. Originally designed by the legendary Gioacchino Colombo as a 1.5 litre V12, the engine had increased in capacity to 2 litres for use in the 166 series cars – which were named for their individual cylinder displacement of 166cc. The Colombo V12 variant used in the 166 MM has a single overhead camshaft per bank, a bore/stroke of 60 mm/58.8 mm, a V-angle of 60°, 2 valves per cylinder, 3 Weber 32 DCF carburettors, a single spark plug per cylinder, a compression ratio of 10 : 1, and a power output of 140 hp at 6600 rpm.

With a dry weight of just 650 kilograms (1433 pounds), the svelte new Ferrari made excellent use of its 140 hp – it could reach a top speed of 220 km/h (136 mph). That might not sound all that fast now, but this is a car that appeared on the scene just 4 years after the end of WWII – and a car would generally be thought to be blisteringly fast if it could reach 100 mph – let alone tap on the door of 140.

Enzo Ferrari and his engineers had been in the motorsport game for decades before they started building their own cars, so they rolled in the best and most reliable technology of the era into their 166 MM, knowing full well that the entire weight of their still young company rested on its four wheels. 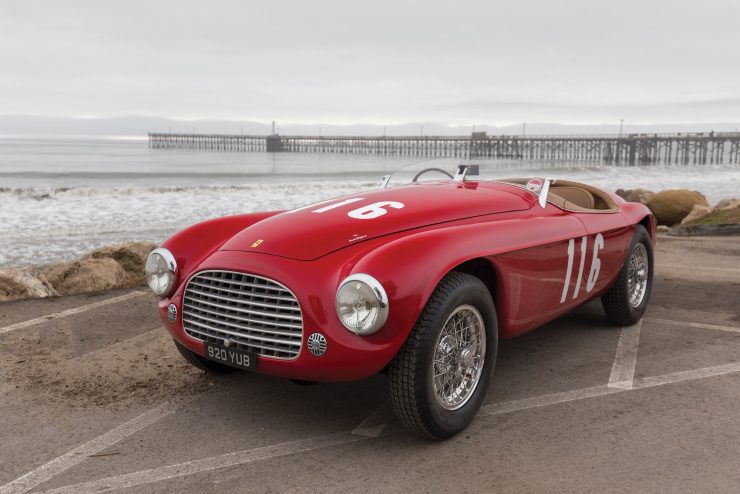 Power was sent back through a 5-speed gearbox and a single-plate clutch, and a 90 litre fuel tank was fitted to give the car decent range for endurance events. The 166 MM was first shown to the world at the Turin Salon in September 1948, and over the course of its production run just 32 would be built – although these numbers must have seemed huge to the team at Ferrari who were unused to building more than a couple of cars at a time.

25 of these cars were bodied by Touring in the Superleggera open-top design nicknamed “barchetta” – Italian for “little boat”. Enzo loved the design and it would eventually be used on many of the 166 MM’s successors – including the 195, 212, and 340 series.

In 1949 the little Ferrari 166 MM Barchetta would take a commanding 1-2 victory at the Mille Miglia in the hands of Clemente Biondetti and Ettore Salani (1st) and Felice Bonetto and Pierre-Louis Carpani (2nd). The car would also take victories at the 24 Hours of Le Mans, and the 24 Hours of Spa, as well as a number of smaller races across Europe.

The car shown here is chassis #0058 MM, it’s the 27th produced and it was owned and raced by future Scuderia Ferrari driver Eugenio Castellotti. It competed in the Mille Miglia in 1951 and 1953, in more recent history it’s won a slew of awards for its originality, and it’s been shown at the Pebble Beach Concours d’Elegance five times.

Ferrari values have shot up to almost obscene levels in recent years – and it’s been the rare early competition cars that have seen the biggest gains. RM Sotheby’s estimate that this one will sell for between $8,000,000 USD and $10,000,000 USD when it rolls across the auction block at the Amelia Island Auction on the 11th of March – although with the right bidders in the room it could go for significantly more.

If you’d like to read more about it or register to bid you can click here to visit the official listing. 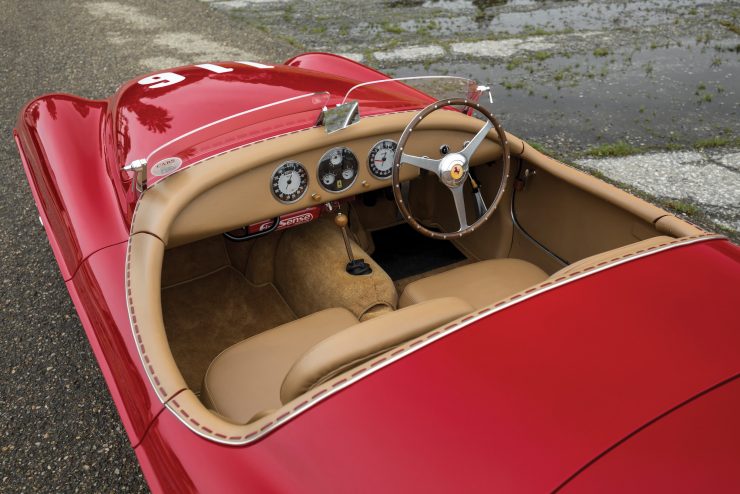 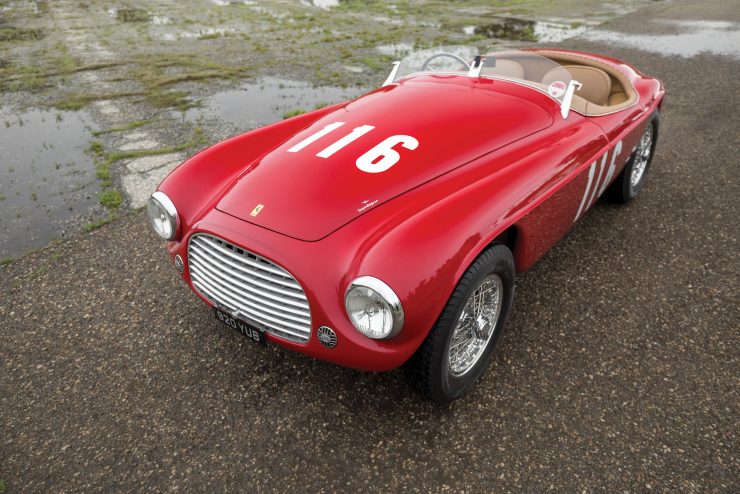 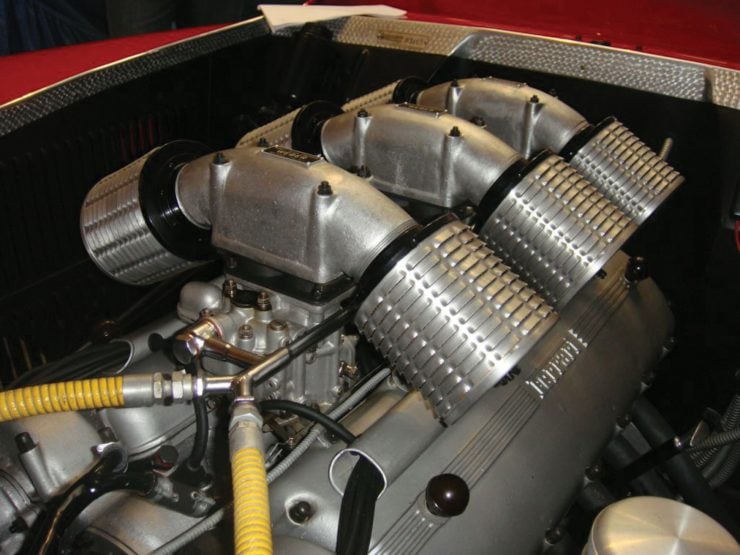 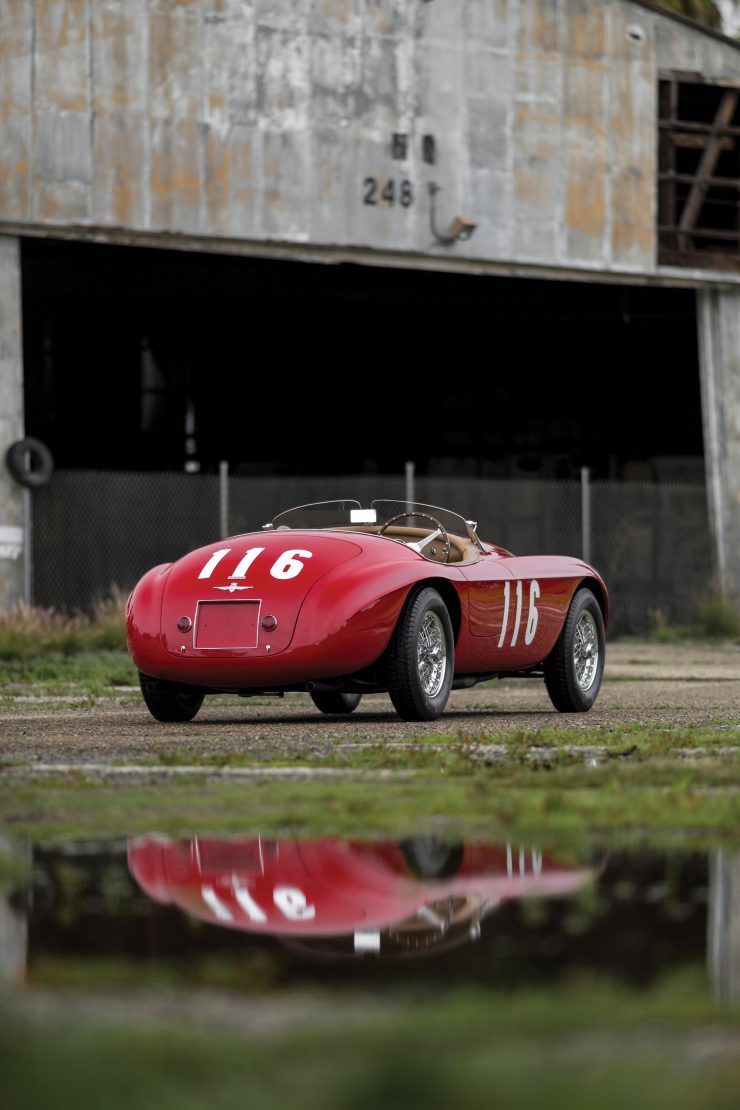 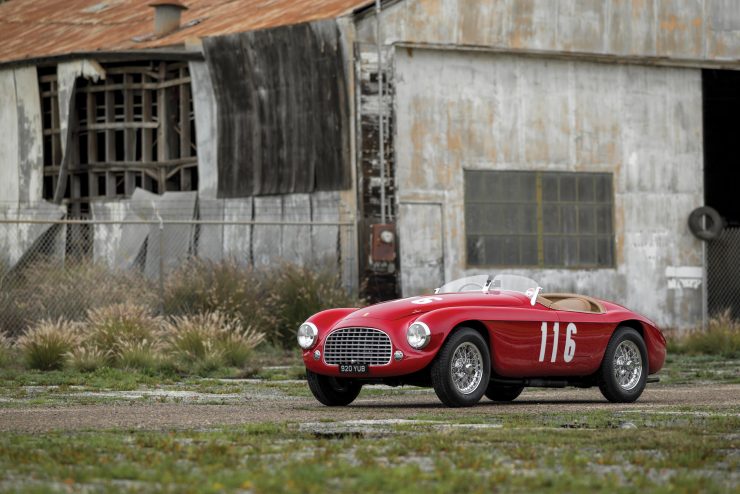 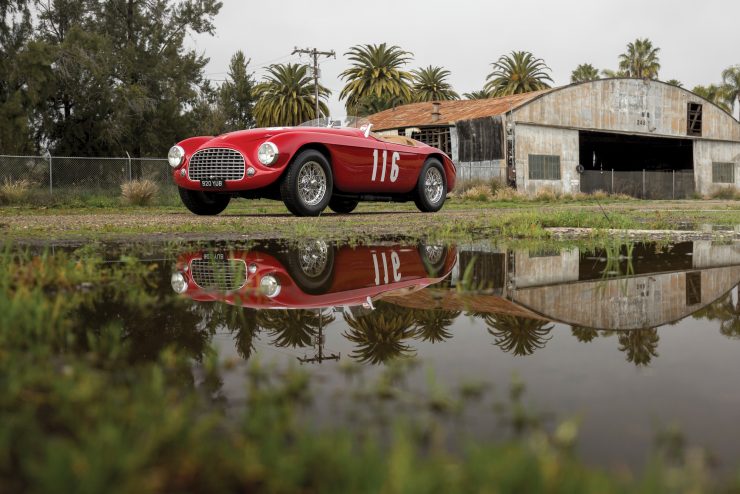 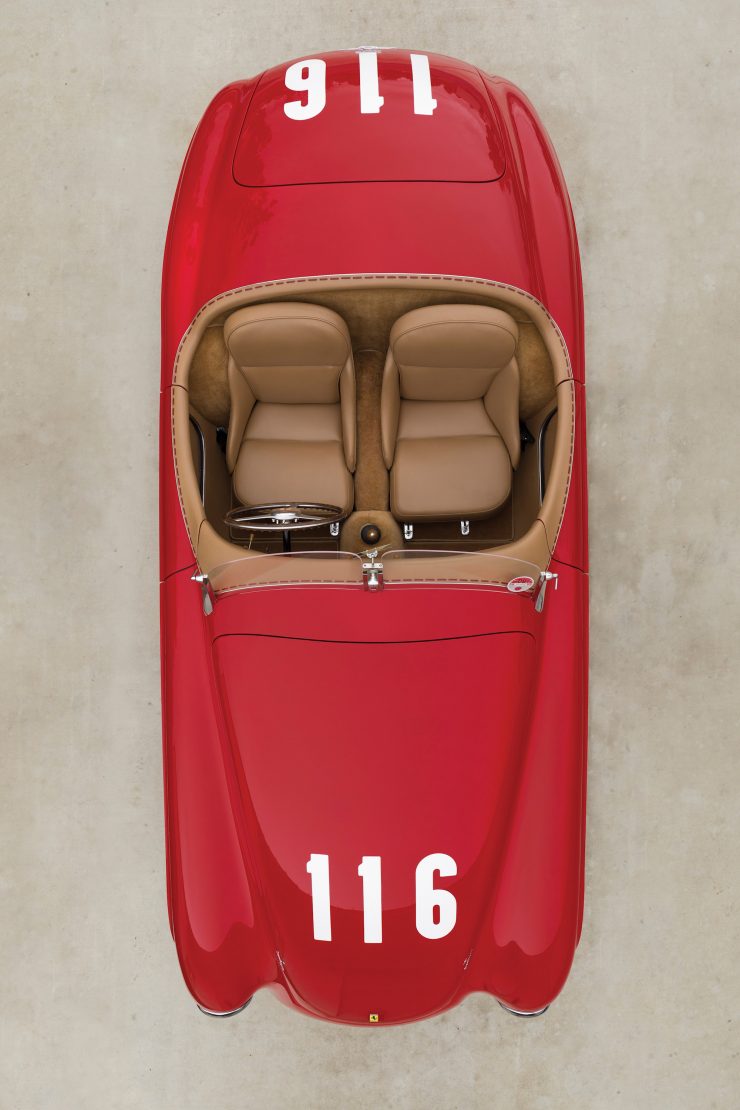 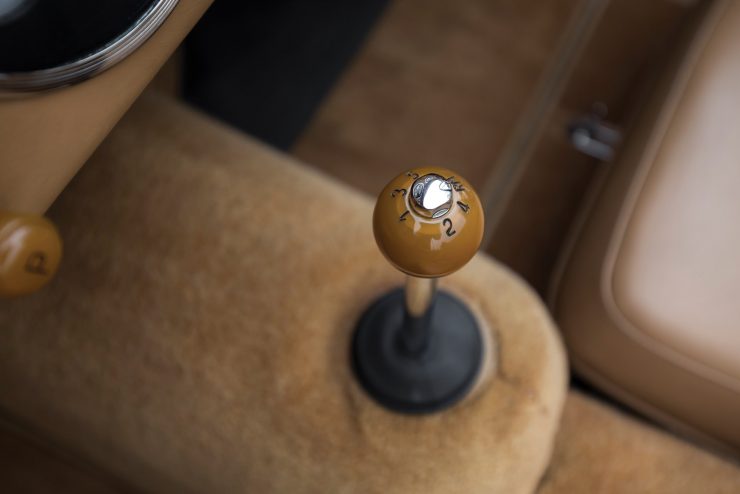 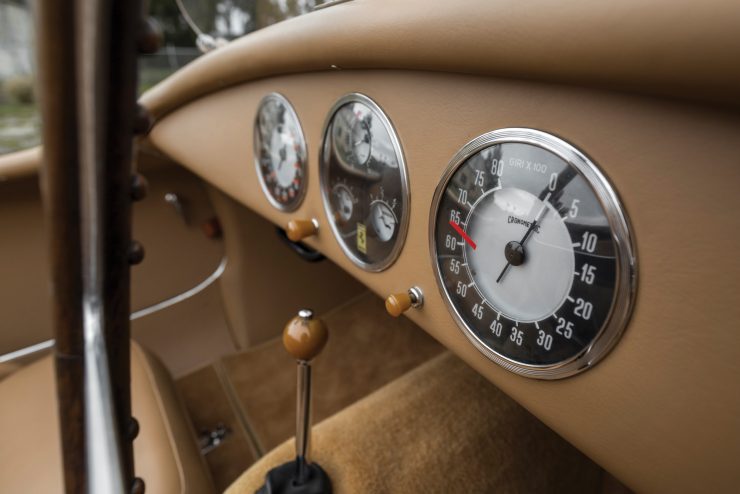 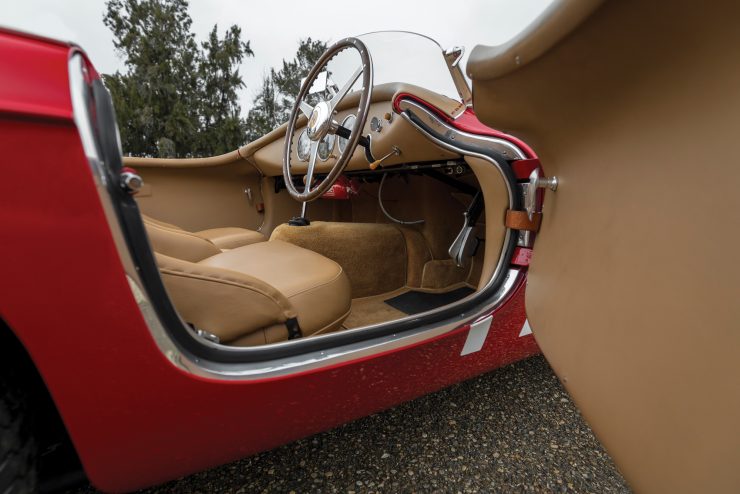 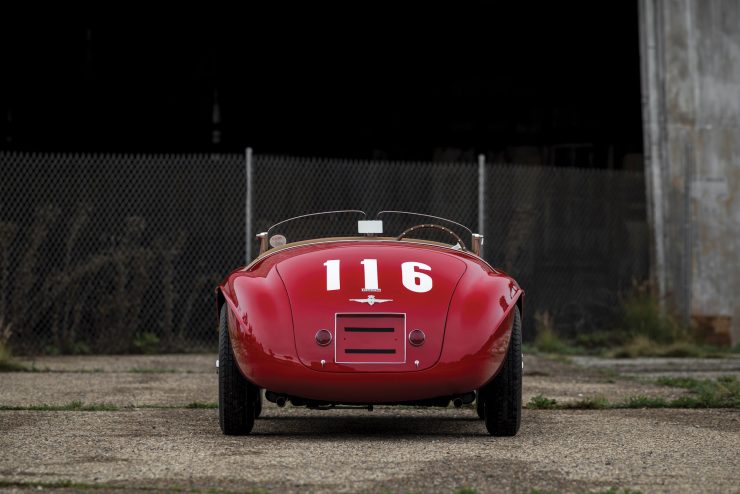 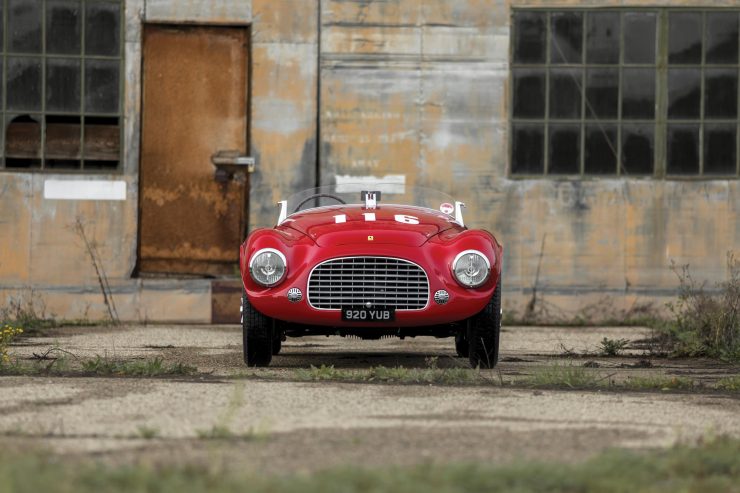 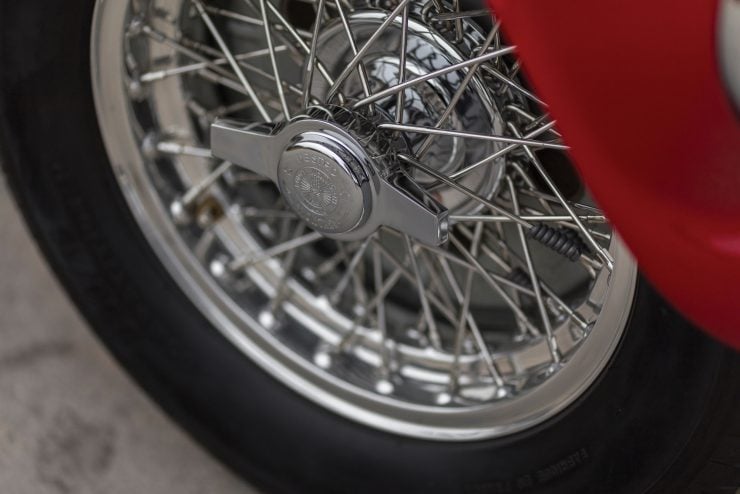 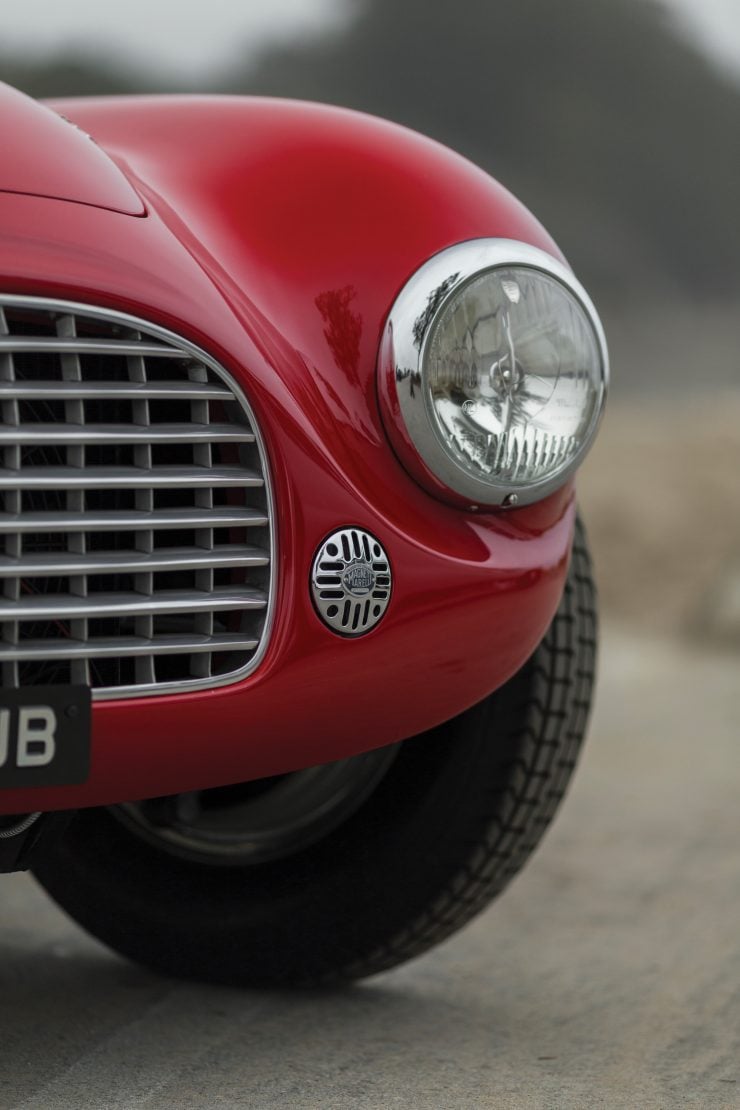 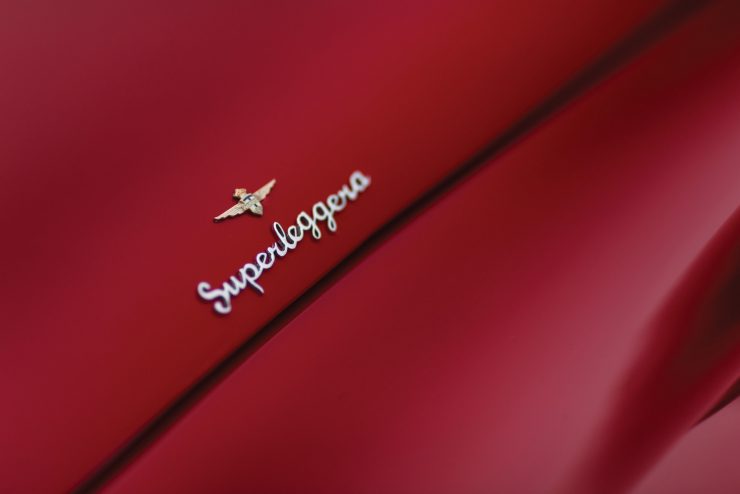 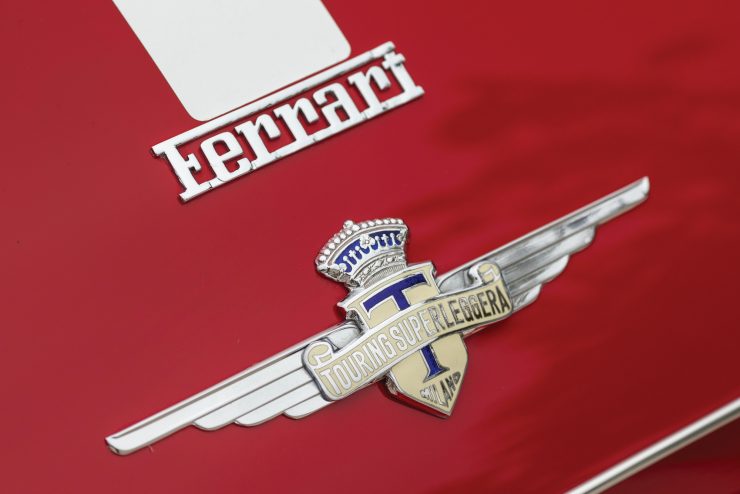 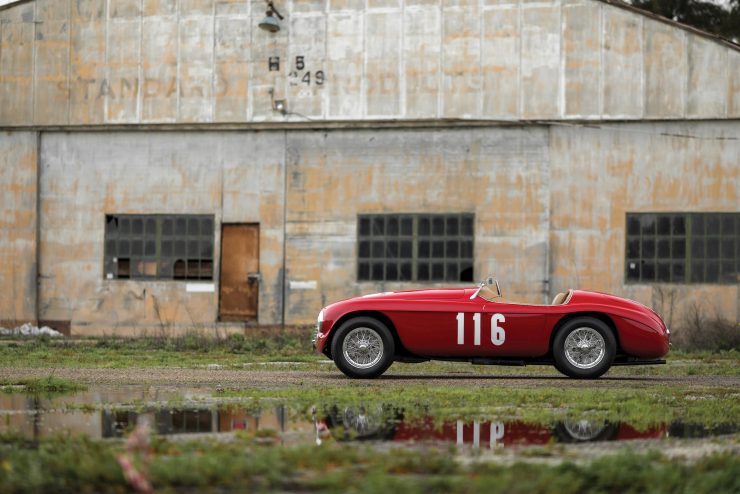 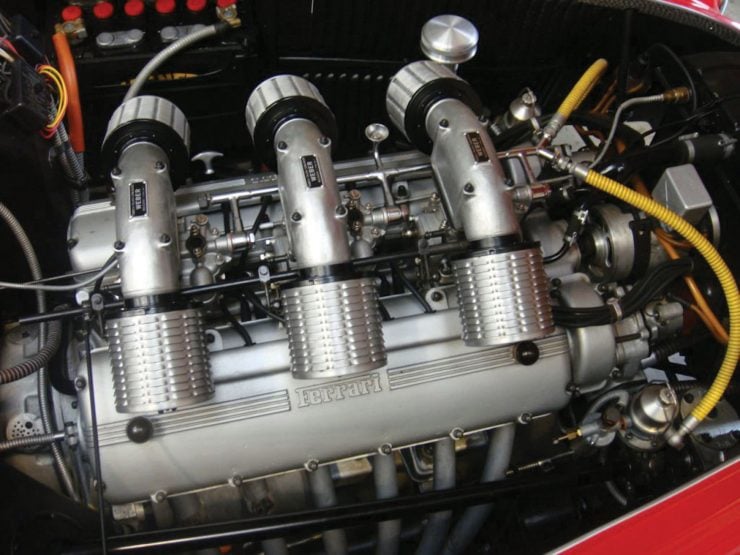 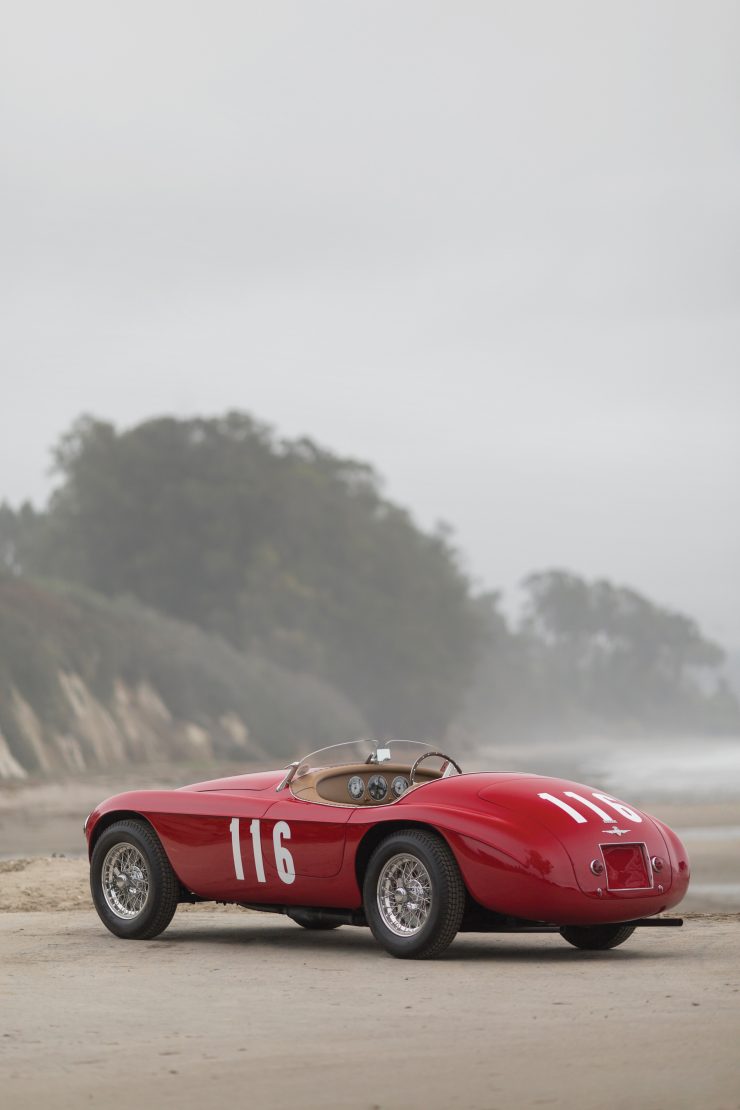 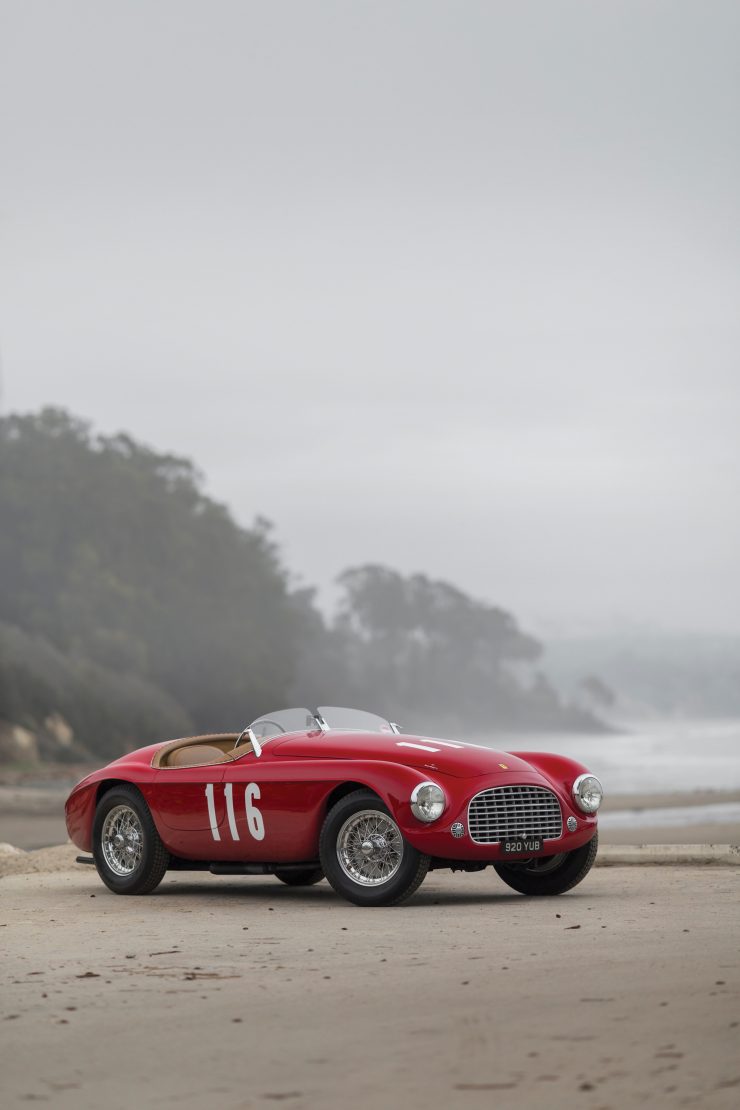