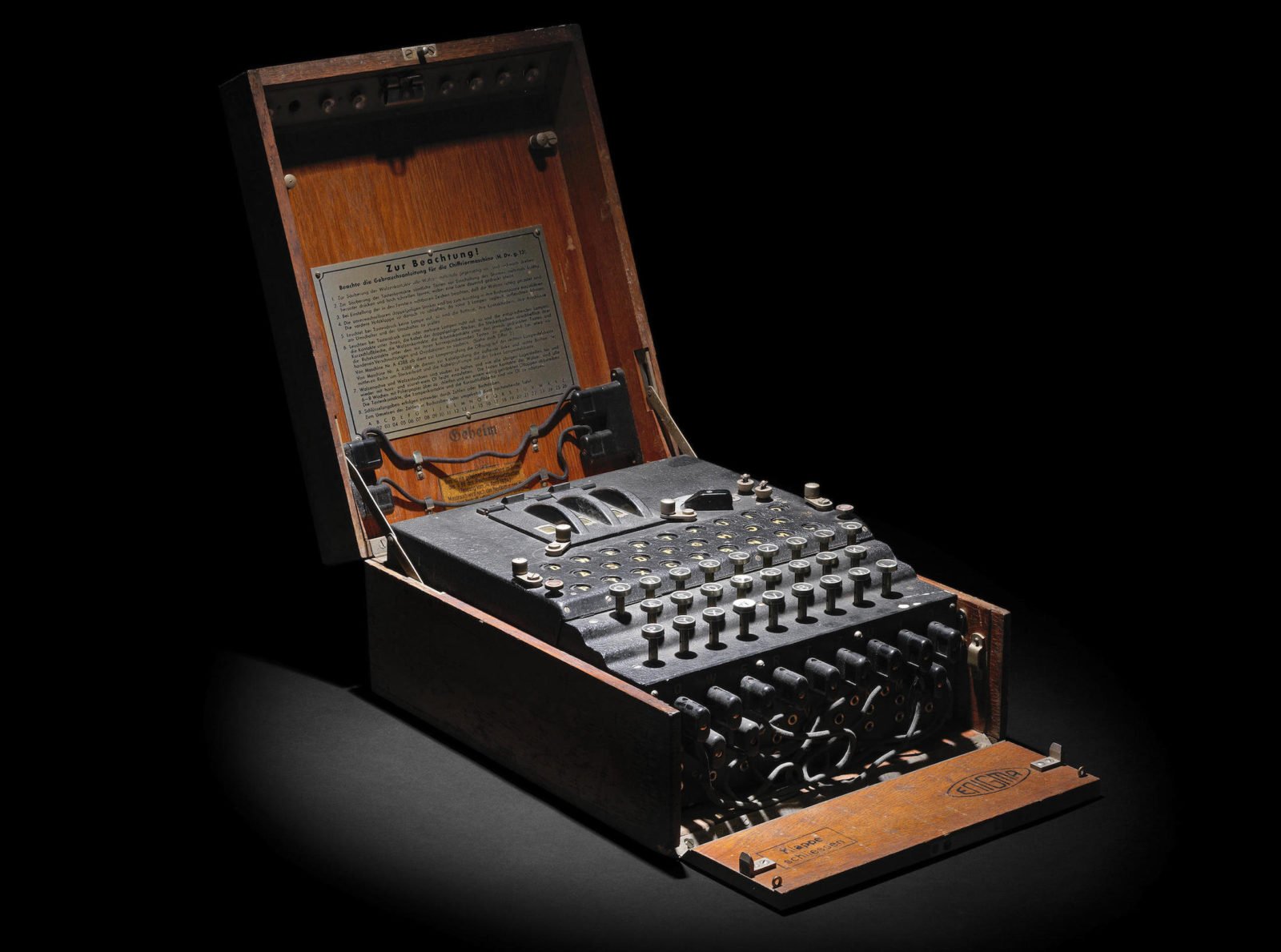 This is a rare Heimsoeth und Rinke 3-rotor Enigma machine from 1938, just a year before the start of WWII. The Enigma is an encryption device that looks a little like a typewriter, it was developed by the Germans and used by all three branches of the German military during WWII.

The first designs of the machine that would become the Enigma were developed by Arthur Scherbius who applied for a patent on the 23rd of February 1918. His design was a ciphering machine that used interchangeable rotors, early versions were exceedingly large and could weigh as much as 50 kilograms (110 lbs).

Above Video: This full length documentary tells the story of Alan Turing and the British work at Bletchley Park to stay one step ahead of the continually improving Enigma machine.

The Enigma name was used for the first time on the second version of the device, dubbed the Enigma Handelsmaschine which appeared in 1923. The design was continually improved and upgraded over the next few years, eventually resulting in the small, advanced version that would be used extensively by the Nazis during the Second World War.

Deciphering the Enigma code was of paramount importance to the Allies during the war, it was a task that seemed almost impossible at first but the work of an intrepid team of Polish mathematicians succeeded in decoding Enigma transmissions in 1933.

This team of mathematicians was led by Marian Rejewski who was working with mathematician-cryptologists Jerzy Różycki and Henryk Zygalski. Fortunately they were able to share their work with the French and British before the invasion of Poland. 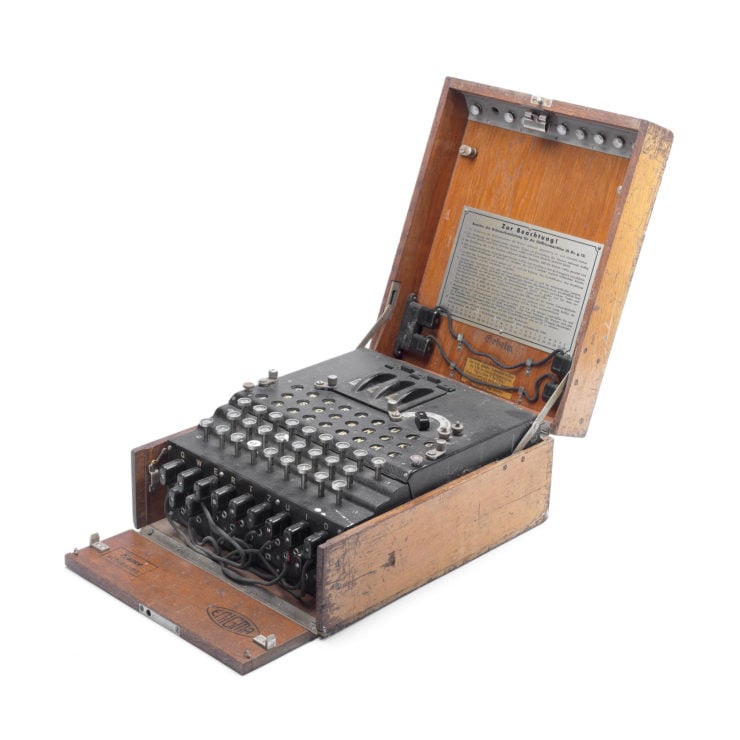 The Enigma machine looks like a compact typewriter. It’s a battery-powered electromechanical device that allows messages to be encrypted and decrypted.

This work formed the foundation of the British Enigma-decryption effort at Bletchley Park. As the Enigma machine continued to be improved new techniques for cracking the code needed to be developed, this resulted in the development of “Colossus,” the world’s first programmable digital electronic computer.

The Enigma machine you see here is one of the rare survivors that wasn’t destroyed by retreating German forces or damaged in Allied attacks. It’s due to be offered for public sale by Bonhams on the 28th of September with a price guide of £75,000 – £100,000, which works out to approximately $86,700 – $115,600 USD.

If you’d like to read more about this fascinating piece of history or register to bid you can visit the listing here. 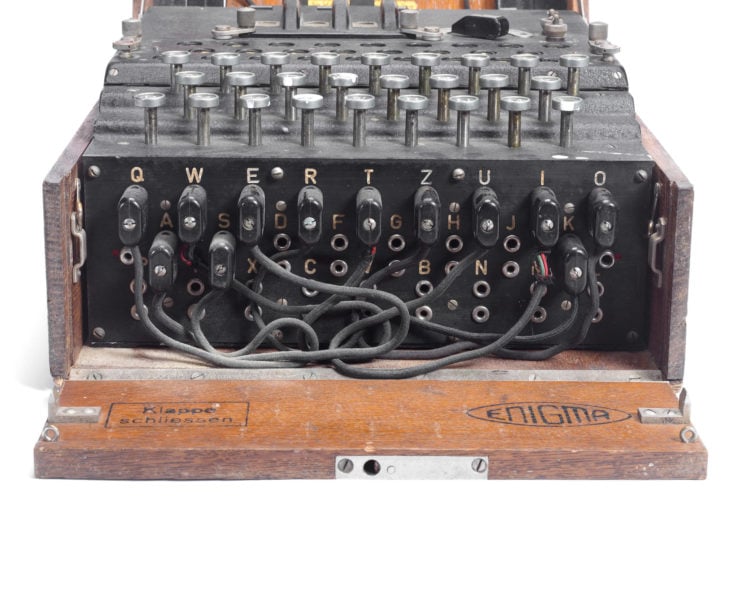 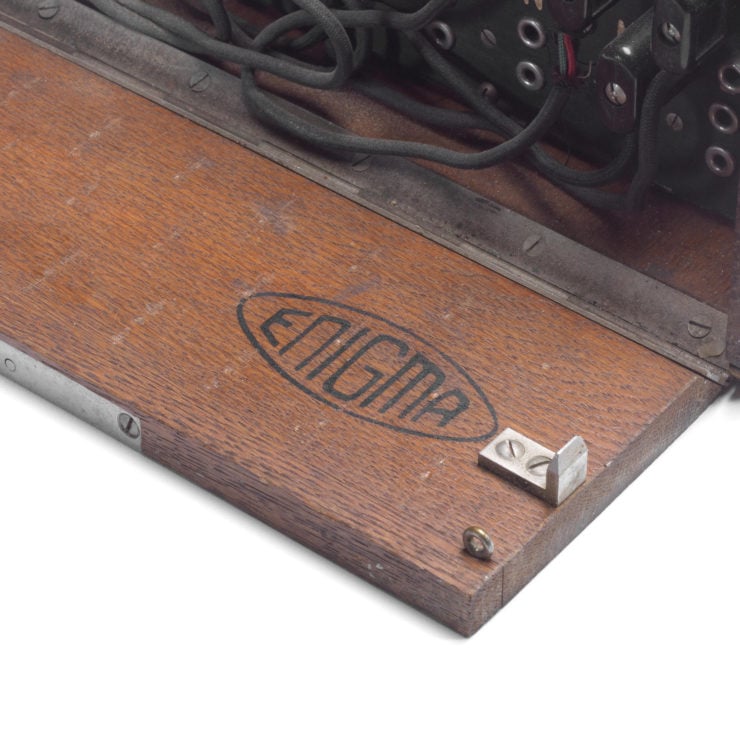 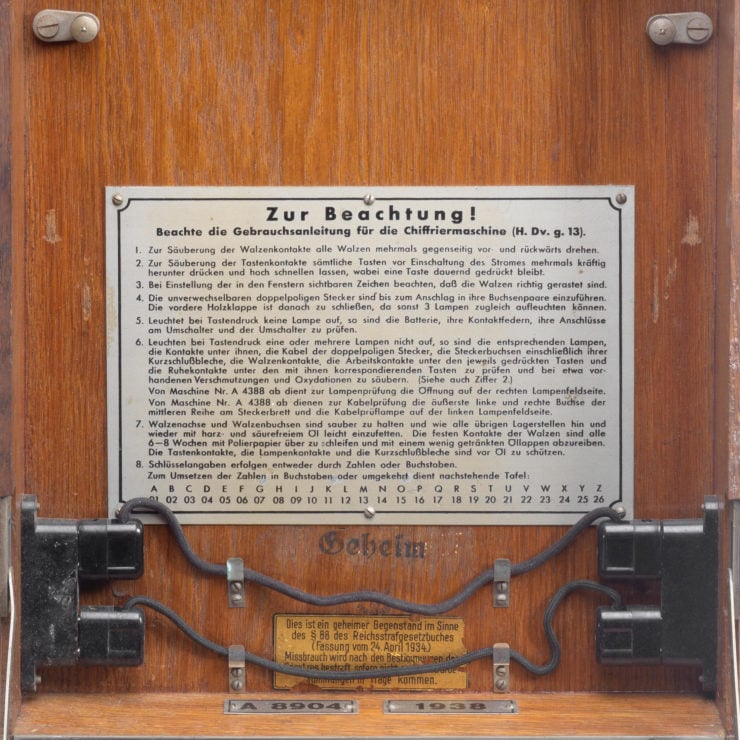 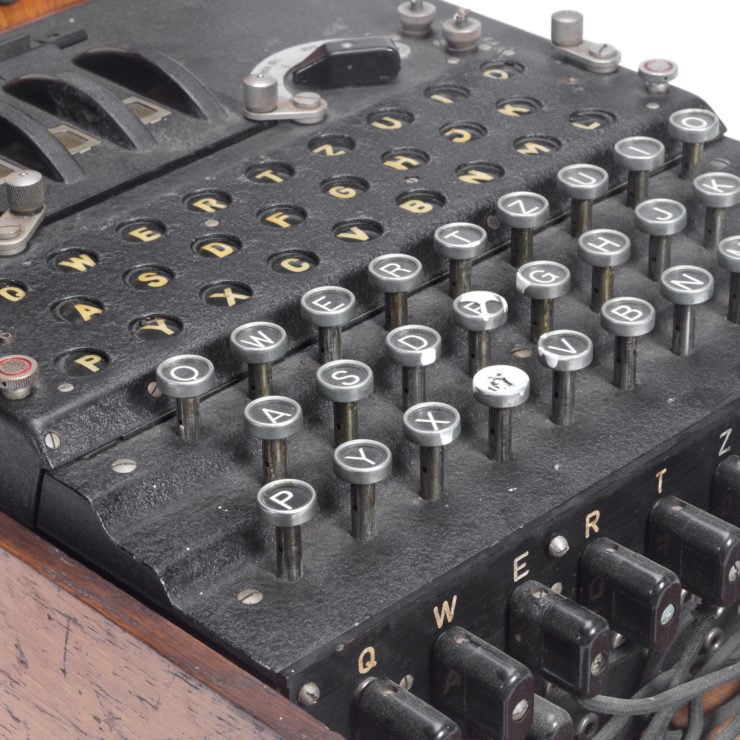 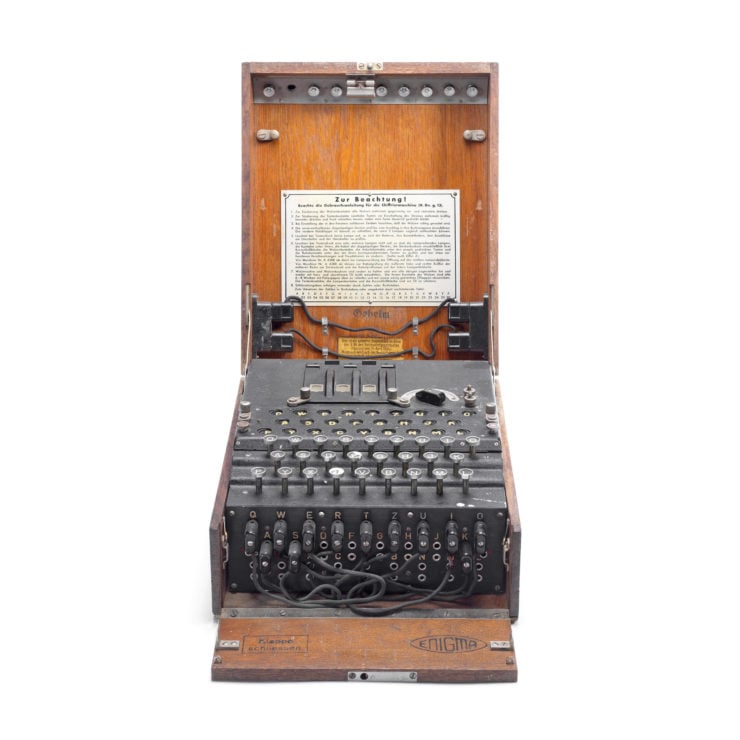