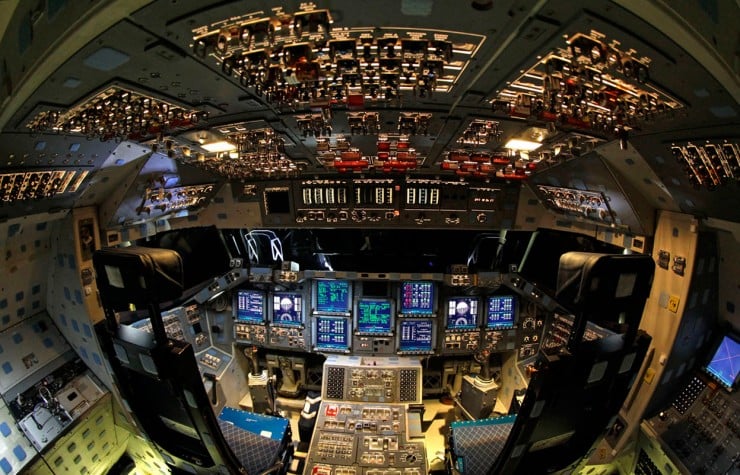 This shot of the illuminated Endeavour Shuttle cockpit is enough to make you wonder how the hell anyone can know what each of those switches is for. The Endeavour was the last of the shuttles to be made and was set to be the last shuttle to be launched until a last minute change of plans saw Atlantis take the honours. 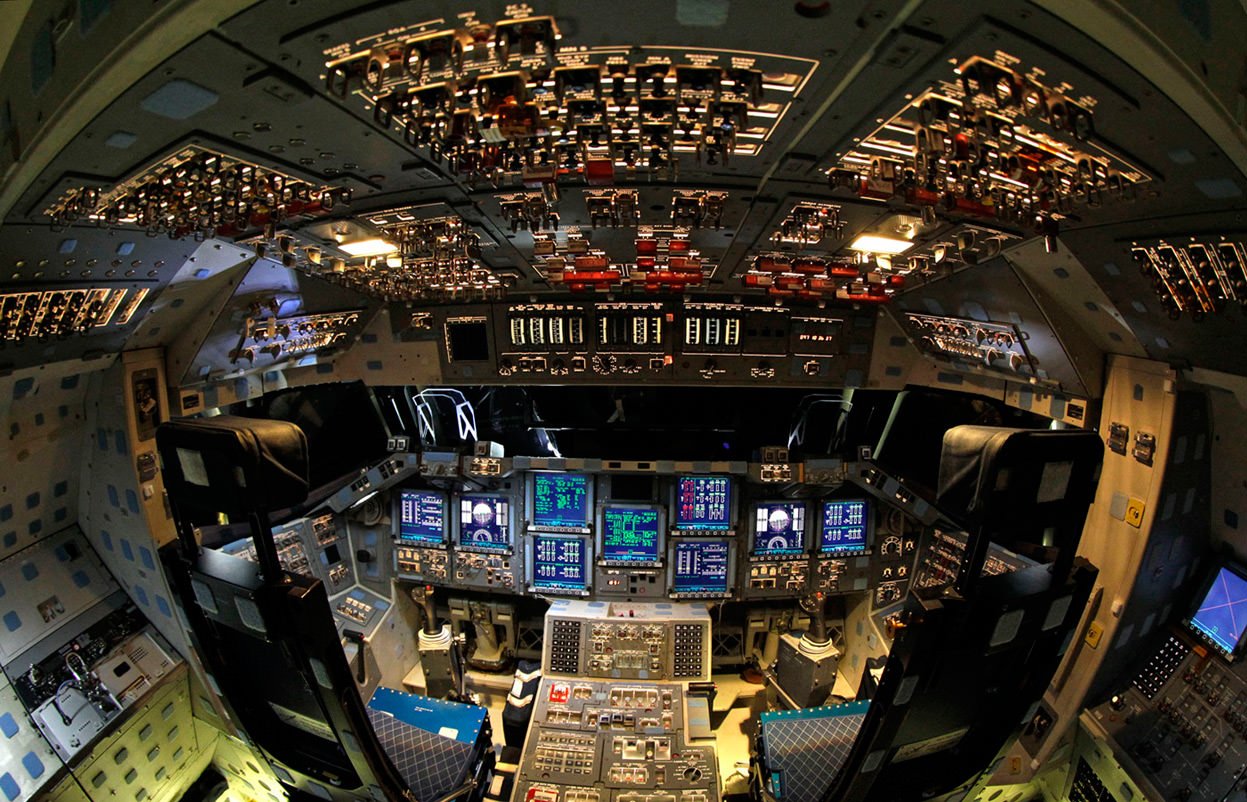