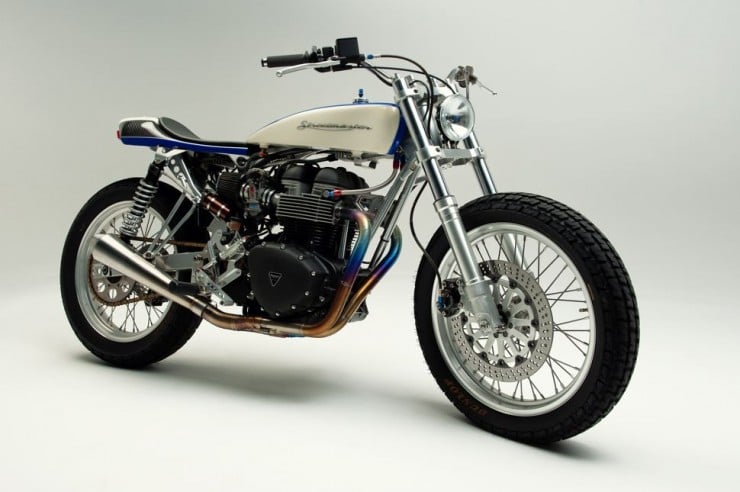 This is the Streetmaster by Champions Moto, it’s a flat-tracker-extraordinaire and I’m yet to show it to anyone without having them instantly ask me what it is and how they can either buy it or build one just like it.

The Streetmaster was actually built a few years ago by the team at Champions Moto, it’s powered by a modern Triumph 865cc parallel twin that’s been tweaked with headwork, new camshafts, a lightened flywheel, free-breathing carburettors and a remapped ignition to produce ~75hp at the rear wheel.

The frame was built from scratch with rigidity and light-weight being the two most important design parameters, the bike’s total weight (dry) is just 305lbs which is a big step down from the 451lbs of the Triumph Bonneville T100. The bike is covered in hand-fabricated titanium and carbon fibre pieces and is, as far as I can tell, about as close to the perfect flat-tracker you’ll ever see. 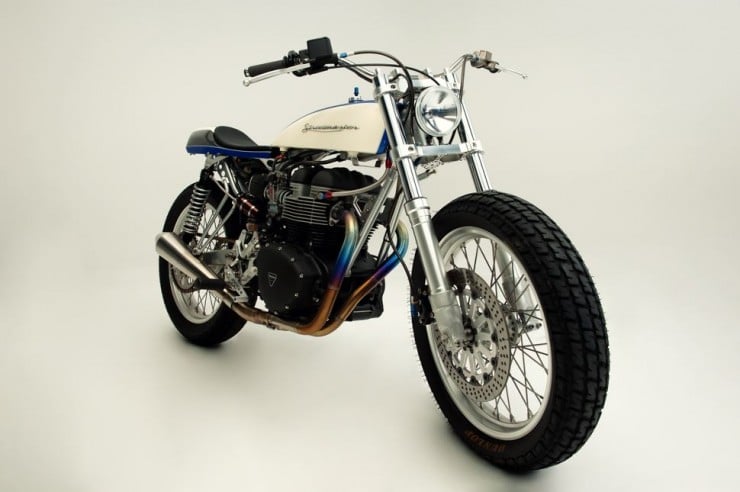 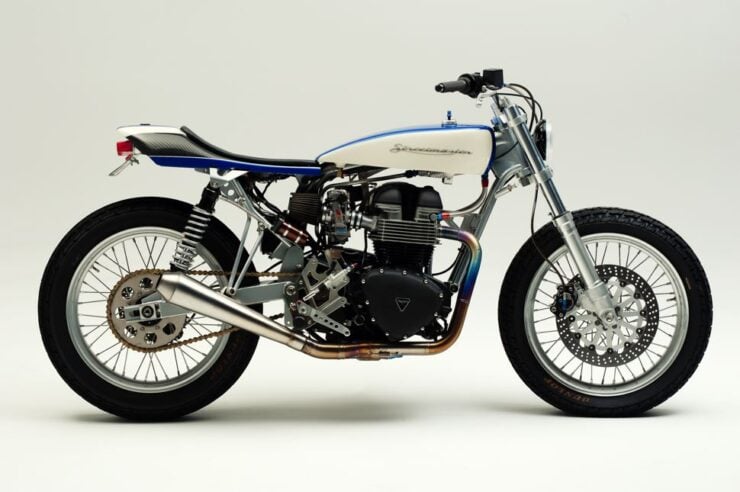 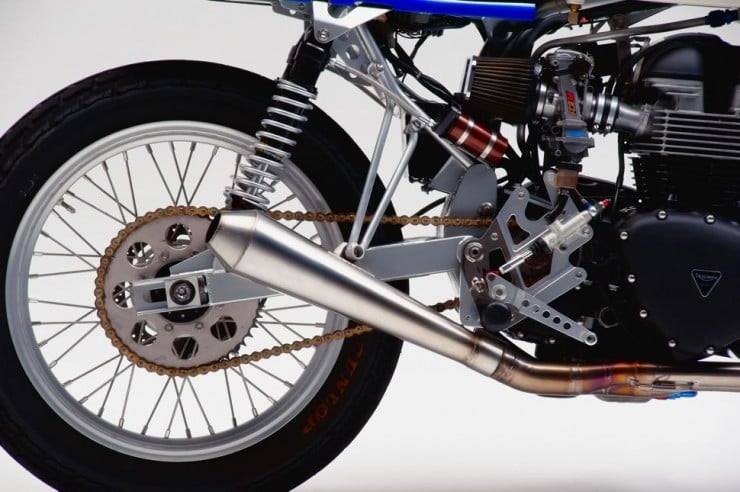 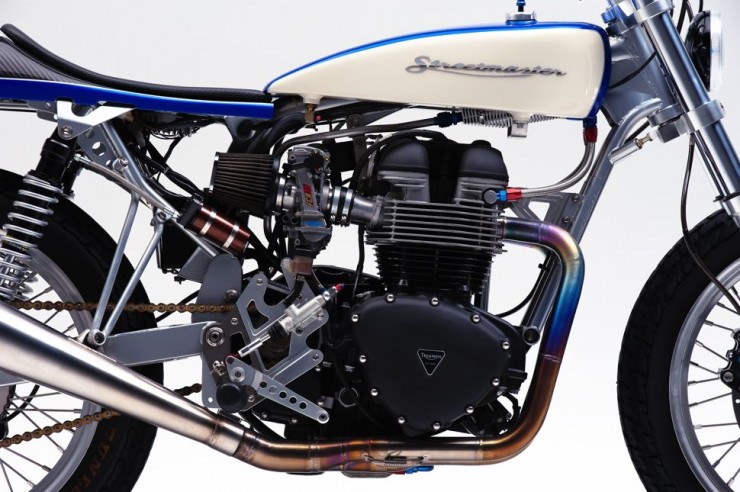 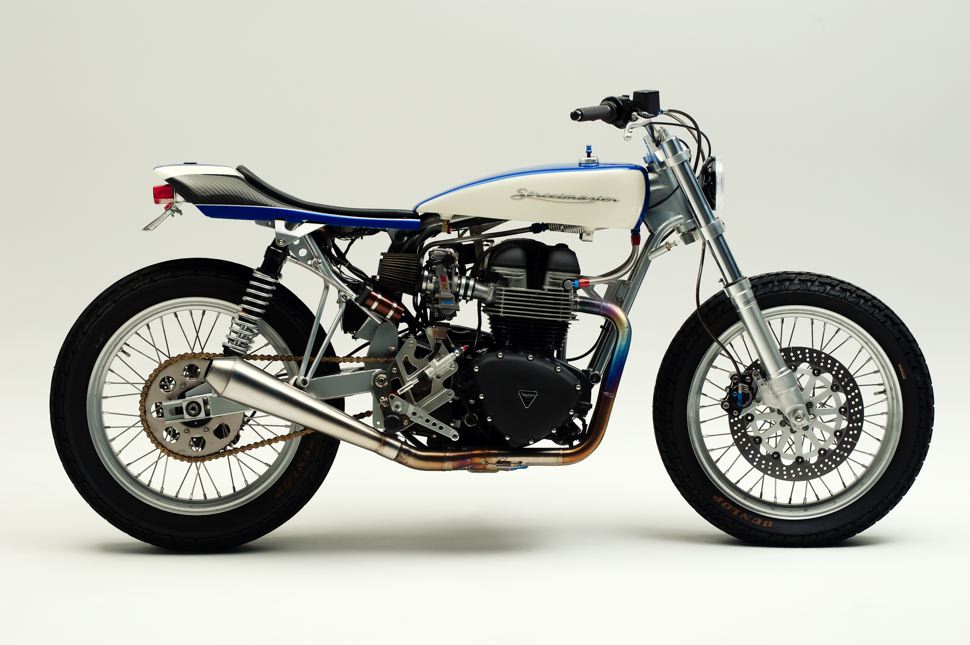