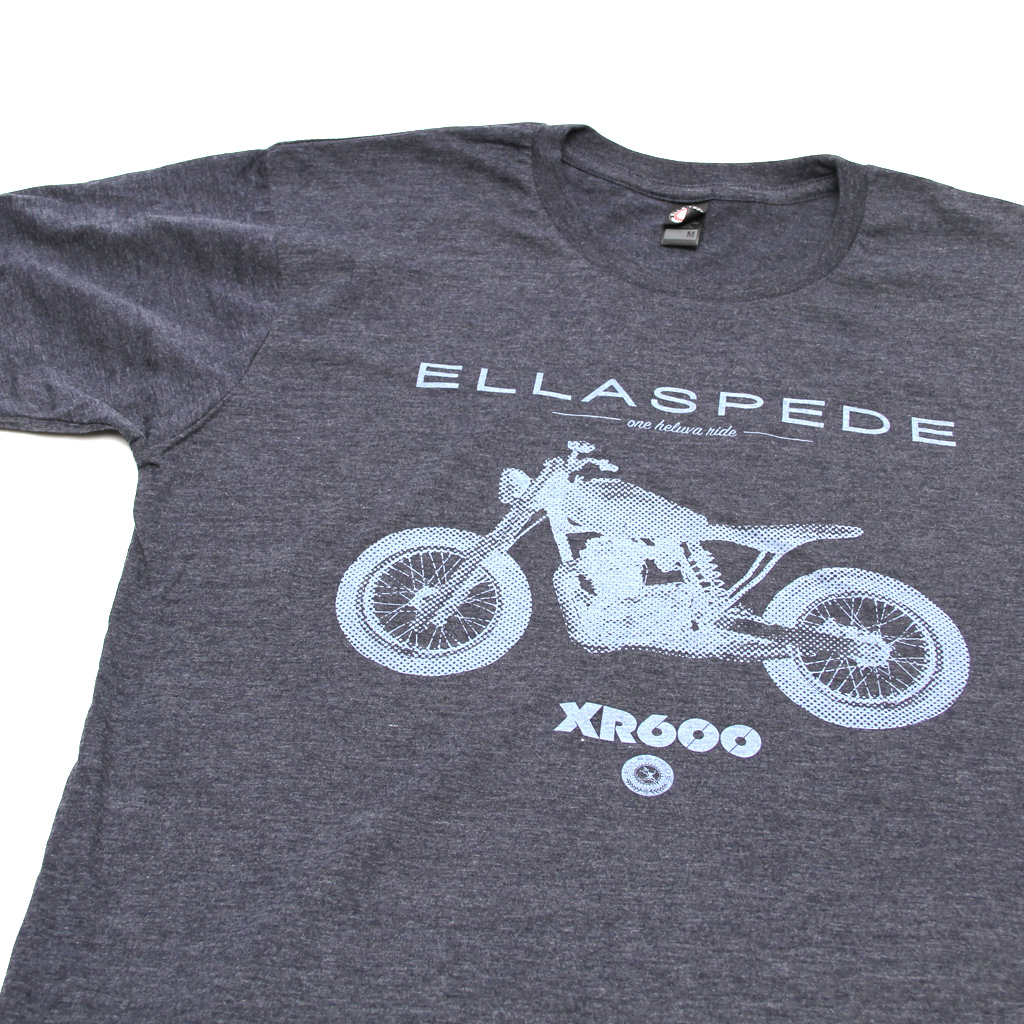 Many of you will remember Ellaspede for their custom Honda CB 350 that we featured here on Silodrome some months back, the bike picked up a huge amount of attention for it’s unique styling and well thought out, rider-friendly design.

The guys at Ellaspede have been hard at work developing a line of apparel and accessories as well as two new motorcycles, this tee is my personal favourite from the new collection, featuring an XR600 on 150 GSM pre-shrunk grey cotton.

If you’d like to check out the collection and support a brand new moto-enterprise, hit the link here to visit the webstore. 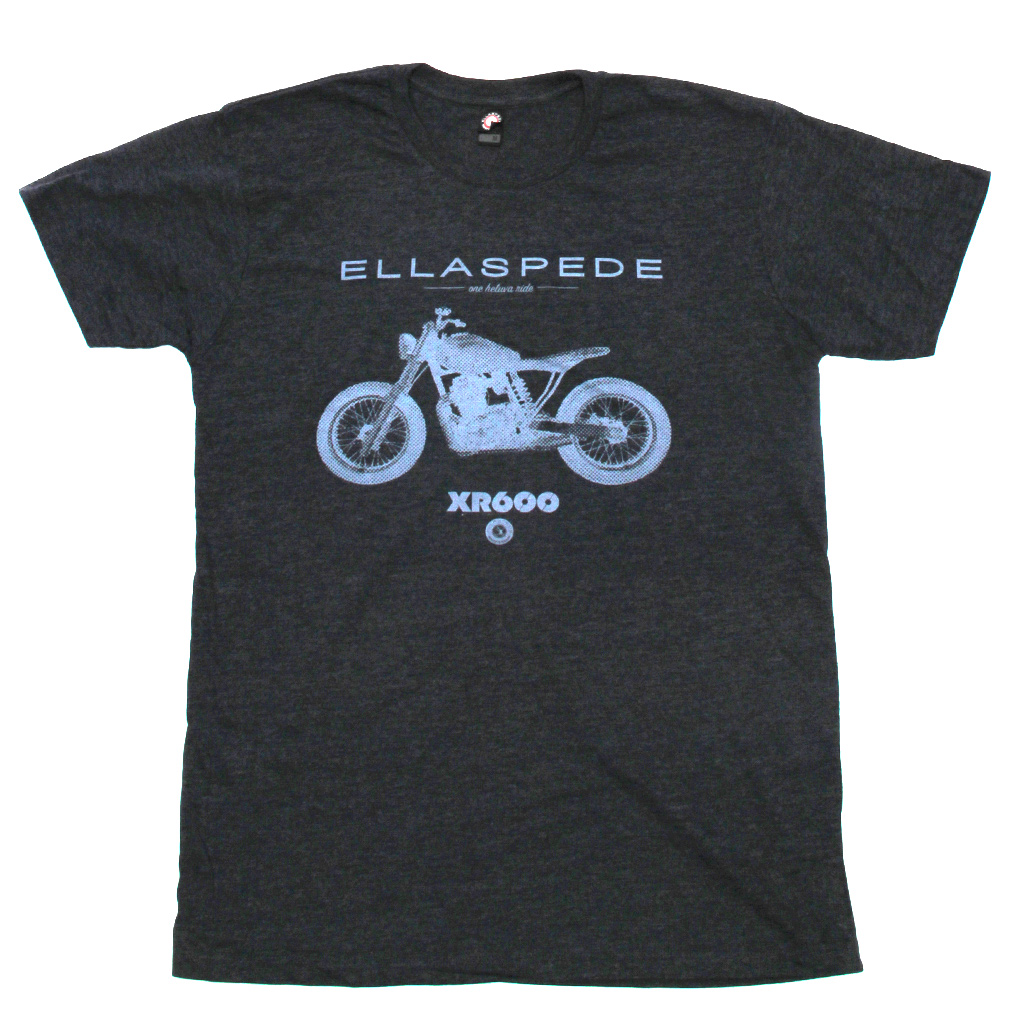