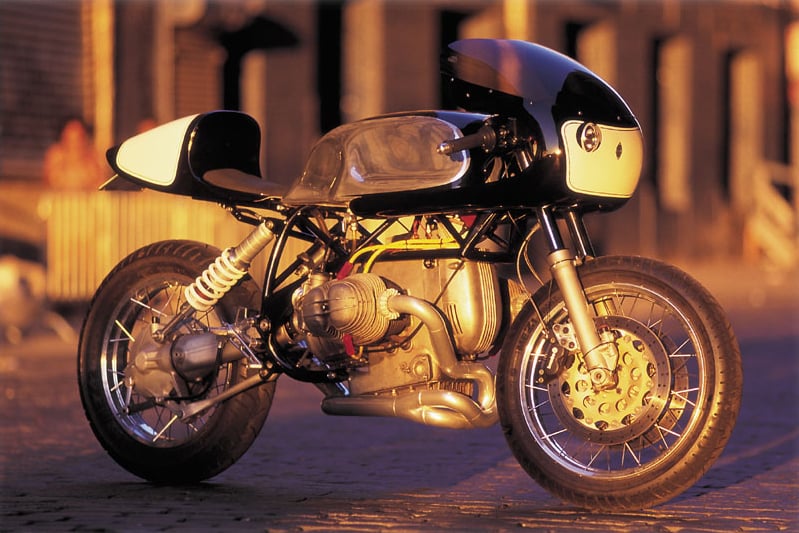 BMW Café Racers seem to be increasing in popularity at an exponential rate, with garages like Team Incomplete throwing their hat into the ring with their considerable engineering talent, it’s certainly a genre to keep a close eye on.

This bike, named the TI Boxer, was the result of an accident on the donor bike at 70mph, on ice. The bike was utterly totalled with the only salvageable parts being the engine, wheels and forks. Using this as a base, the guys at Team Incomplete set about creating the most advanced BMW Café Racer we’ve ever seen.

The eagle eyed amongst you may have already noticed the frame on this bike, it’s a steel trellis frame off of a ’92 R100GS, they also used the paralever and transmission from the GS, allowing them to make a huge step forward with frame rigidity and handling with relatively little fabrication.

The build process on this bike has been documented incredibly well via the Team Incomplete website here, it’s well worth a look for those of you who are interested in the engineering and more technical aspects of motorcycle design. 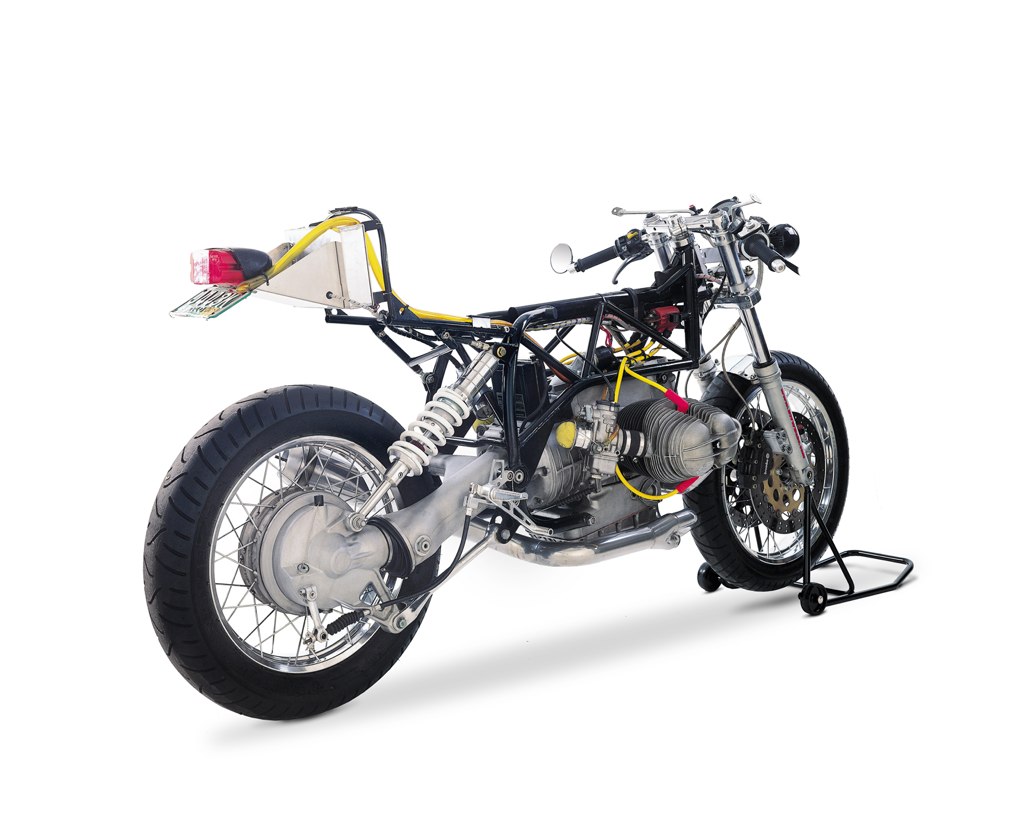 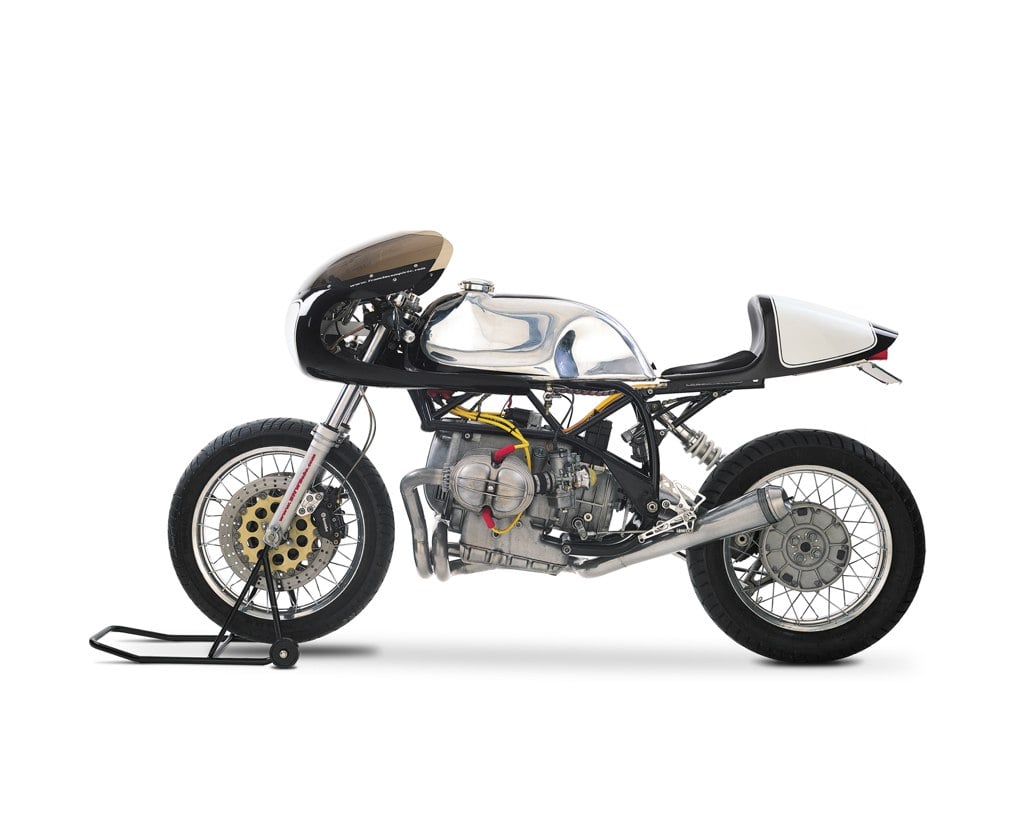 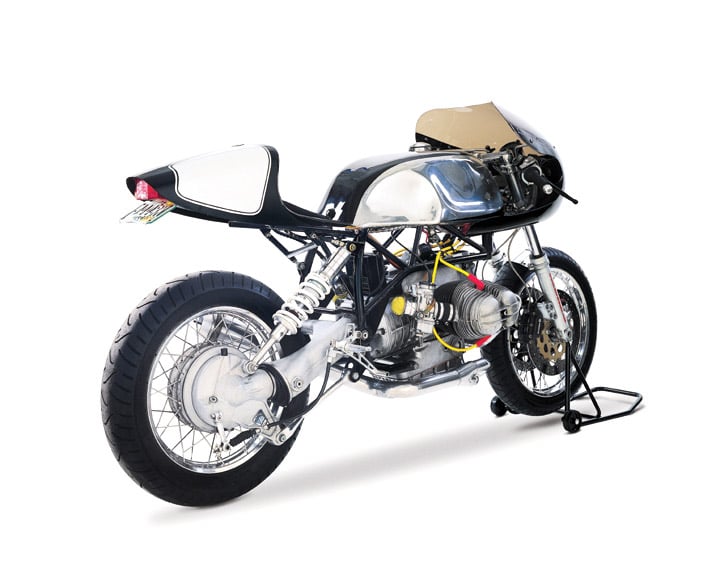 Discovered via the always brilliant Return of the Café Racers.