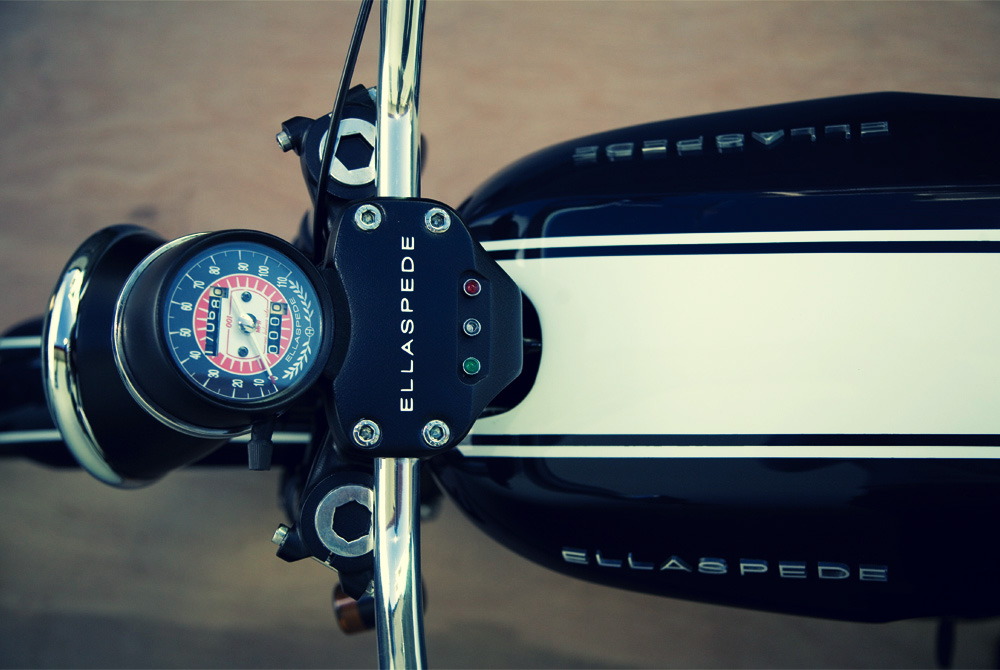 I love nothing more than coming across a bike that makes me stop and re-evaluate my own notions of what a specific style of bike should look like. This Honda CB350 built by the guys at Ellaspede is a genuinely innovative, modern interpretation of the café racer genre, and we really like it.

Most of this bike was either built by hand or modified, the tank, seat, rear seat rail, exhaust, muffler, wiring loom, seat trim and engine cover were all made by hand, the frame was modified and that remarkably deep paint job was applied by hand.

The modern look of the bike combined with the 1971 Honda CB350 underpinnings work together well here to create a sort of post-modern-café-racer with huge aesthetic appeal. 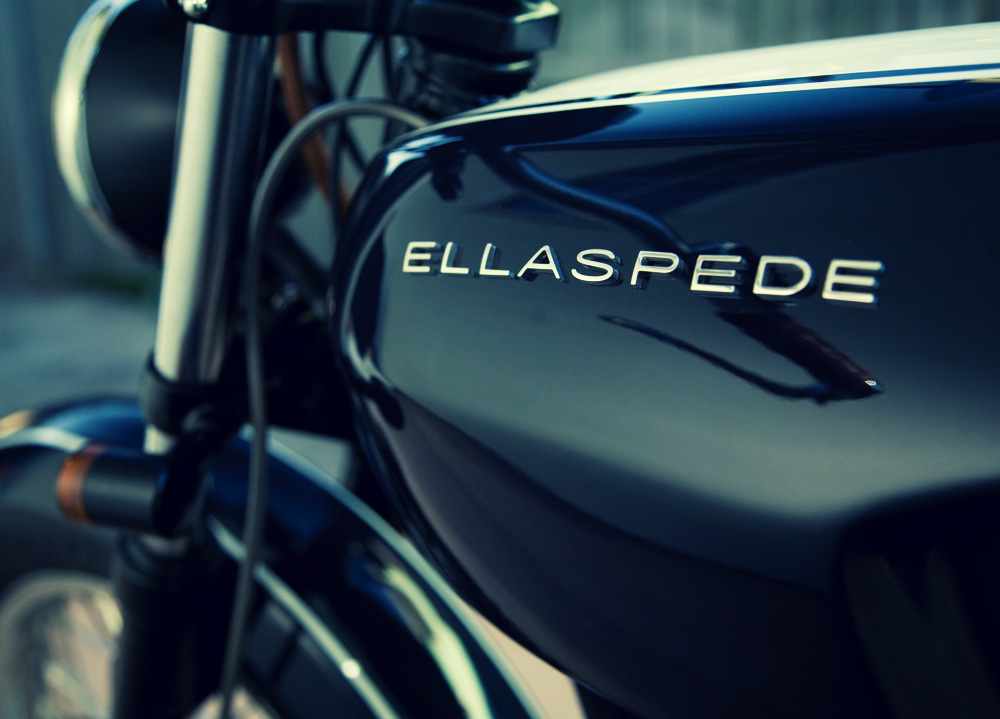 Ellaspede is a relatively new brand run by Leo Yip and Steve Barry, they’re both very talented, Australia based industrial designers. Heluva is their co-owned industrial design company and is currently their primary focus however Ellaspede will be launching officially next year, producing motorcycles, clothing and accessories.

Stay tuned and we’ll keep you posted on their new bikes as well as their clothing line. 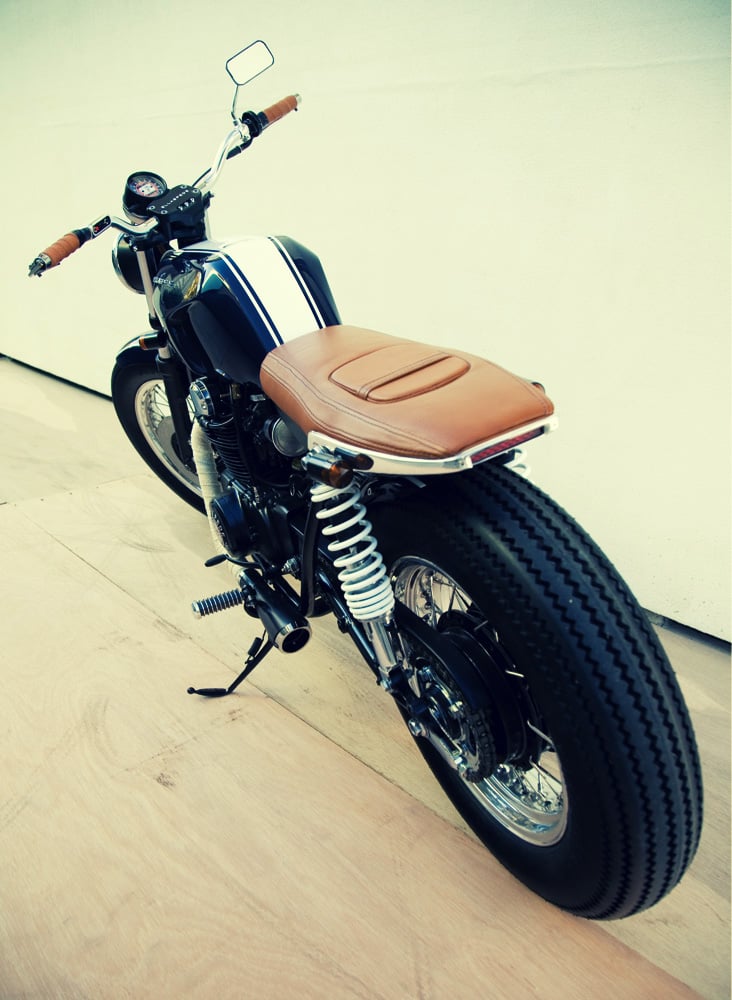 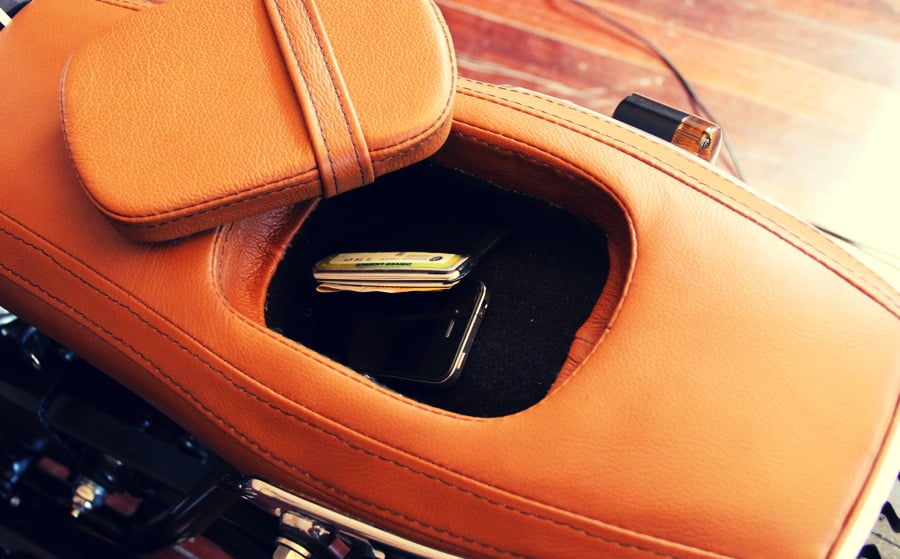 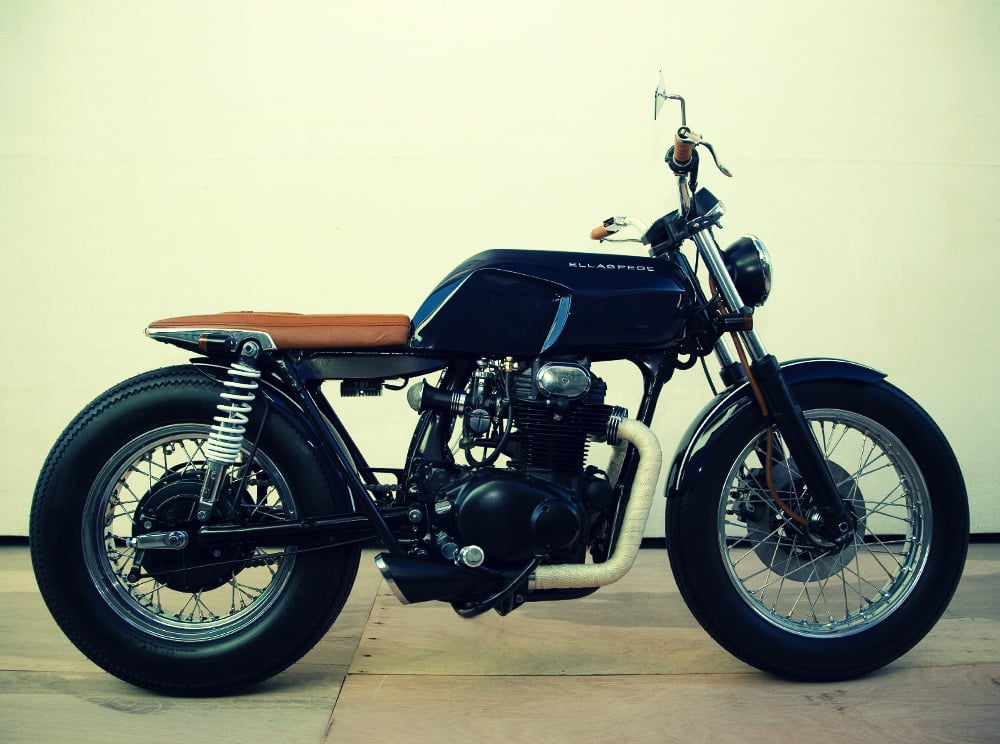