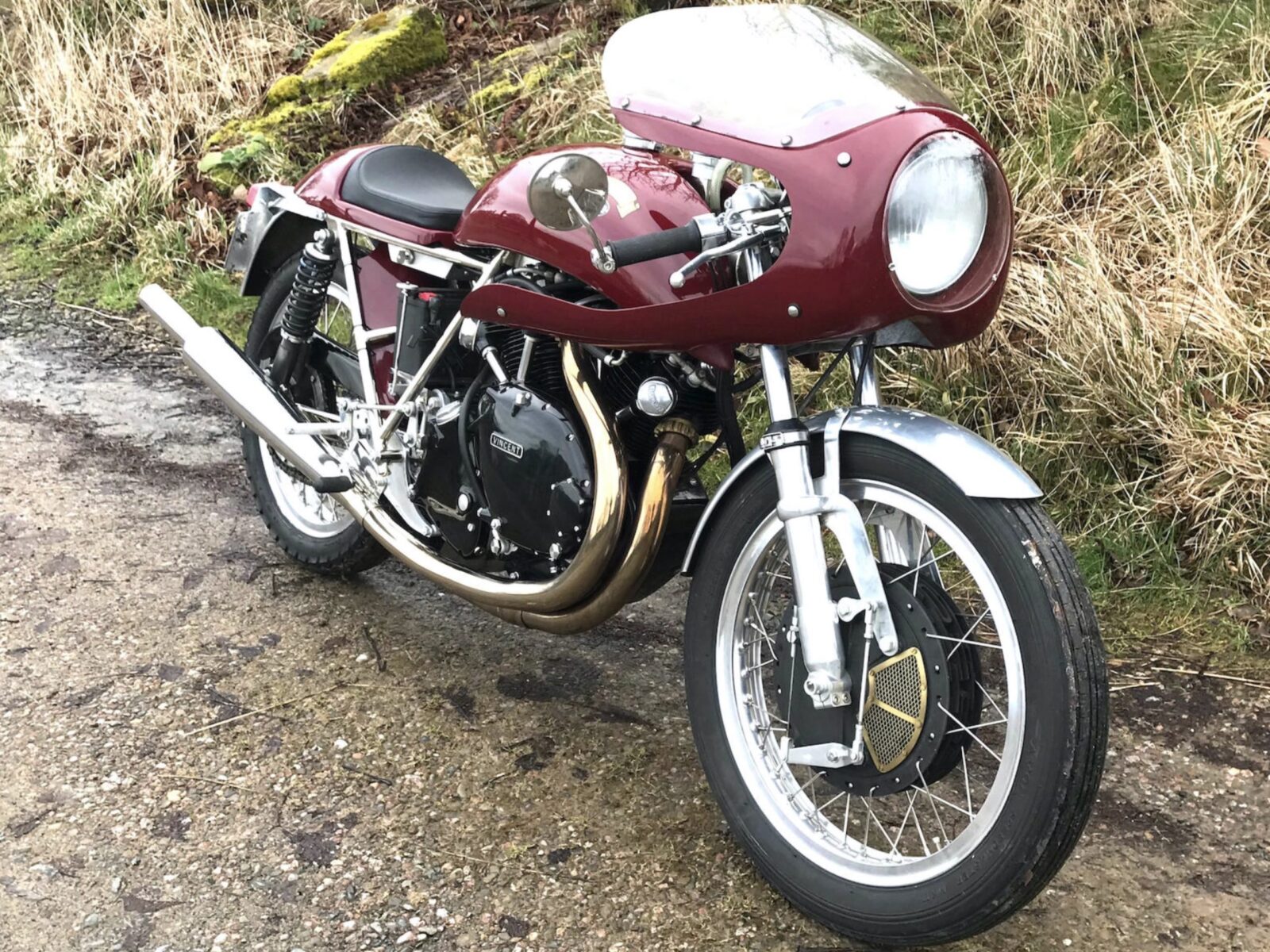 It’s a rare occurrence when an already famous motorcycle is modified in such a way that the modified examples become almost as famous as their factory-stock brethren, but this is what the Egli Vincent has become in the decades since the first example was built in the 1960s.

The Vincent Black Shadow can be inarguably described as one of the most important superbikes of the 20th century, it was a high performance descendant of the already fast Vincent Rapide twins, with their world-beating 998cc V-twins designed by Australian engineer Phil Irving. These Vincents were breaking world speed records back in the 1950s when much of the rest of the motorcycling world was trudging along much as it had done before the outbreak of WW2 in Europe. 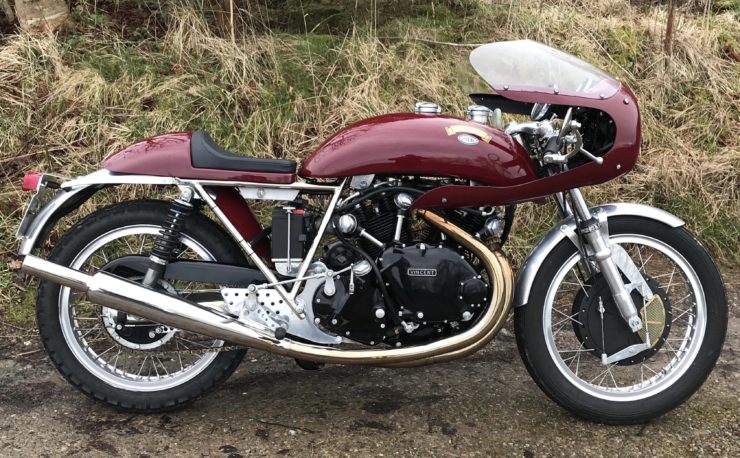 If the Vincent V-twins, like the Black Shadow, the Black Lightning, and the Rapides, ever had an Achilles heel it would be their frames. Rather than a duplex cradle made from tubular steel that wrapped around the engine the Vincents had a revolutionary backbone frame that connected to the tops of both cylinder heads and used the engine as a stressed member. For 1940s-era motorcycle engineering this was clever stuff indeed.

The only issue was that the square tube used as the backbone frame wasn’t quite strong enough for the task and could flex if ridden at the limit, with the expected adverse affect on handling. Many Vincent owners would never experience this effect as they simply wouldn’t ride their machines to the point at which the flexing becomes apparent.

What motorcycle racer Fritz Egli did in the 1960s was take his own Vincent Black Shadow and engineer a new frame for it, now made from thicker tubular steel that was better able to cope with the forces acting upon it. This new backbone frame revolutionised his bike, and he rode it to a famous win an a 1968 motorcycle hill climb championship – competing against motorcycles that were 15+ years more modern. 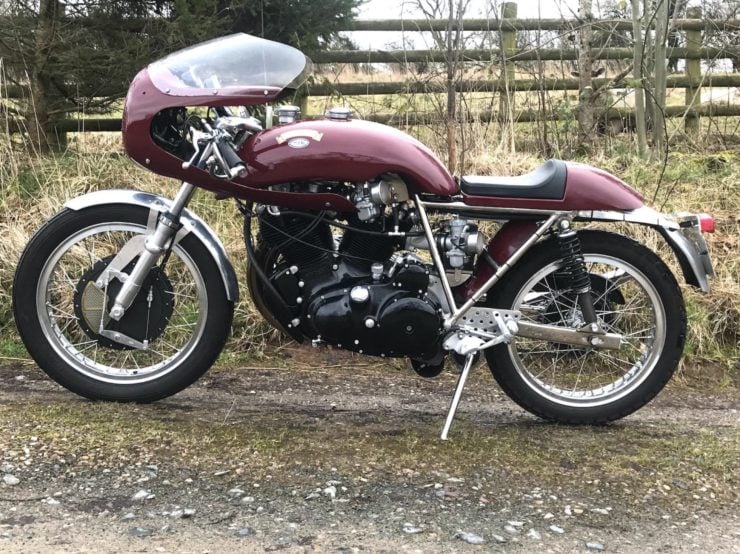 In the ensuing years Egli would build many frames and complete motorcycles for other before taking his frame designing talents to other marques like Honda, Yamaha, Kawasaki, and Norton. Patrick Godet received Egli’s official blessing to continue his work building Vincent frames using the Egli name, and today the frames built by Godet receive respect equal to the original Eglis.

The Egli Vincent you see here is no normal Vincent V-twin in an Egli-Godet frame, it’s a higher performance specification custom that would have little trouble keeping pace with far more modern motorcycles. It’s fitted with a 1330cc V-twin, up from the 998cc of the original, now with a 92mm bore, 8.3:1 compression ratio pistons, and a dynamically balanced crankshaft with lightweight connecting rods.

The cylinder heads have been modified with hardened valve seats to suit modern unleaded petrol and the bike is using an electronic ignition, a 12-volt alternator system, and an electric starter in place of the original kick starter – which would likely have been rather challenging given the new specifications of the engine. 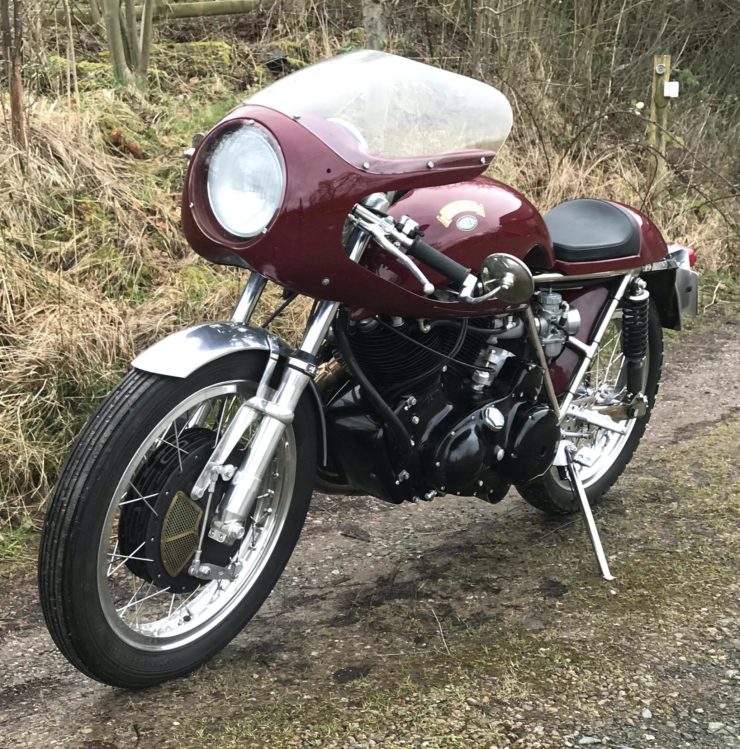 Power is sent to the rear wheel via a new standard four-speed gearbox with a multi-plate clutch, and the engine is fed by twin Mikuni 36mm carburettors that offer easy starting and efficient running. The new backbone frame has been professionally TIG and Gasflux welded, then nickel plated.

In order to improve stopping power while keeping the period-correct look of the bike a 210mm Fontana-type magnesium 4LS front drum brake has been fitted and paired with a Black Lightning-type rear brake. A pair of Ceriani 35mm GP forks provide front suspension and are matching with a pair of adjustable shock absorbers at the rear.

The completed bike cost the current owner €71,050 in 2016, which works out to $76,847 USD at the current exchange rate. The Egli Vincent has only been used sparingly on British B-roads and at a track day at Snetterton, it now shows just 1,300 miles on the odometer. If you’d like to read more about it or register to bid you can click here to visit the listing on Bonhams. 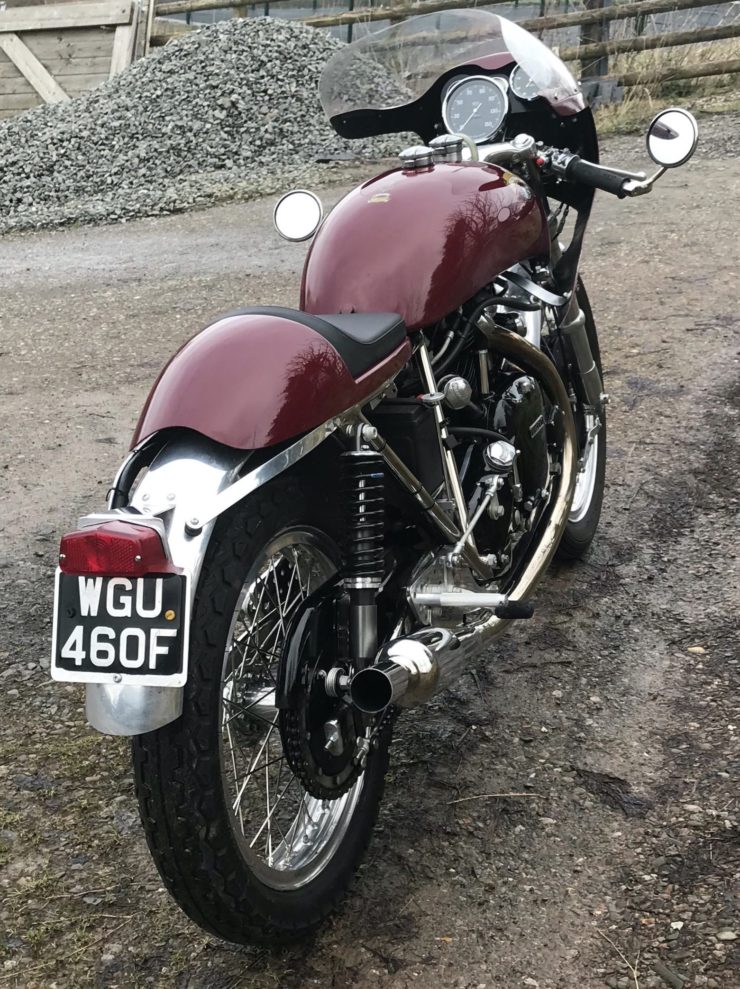 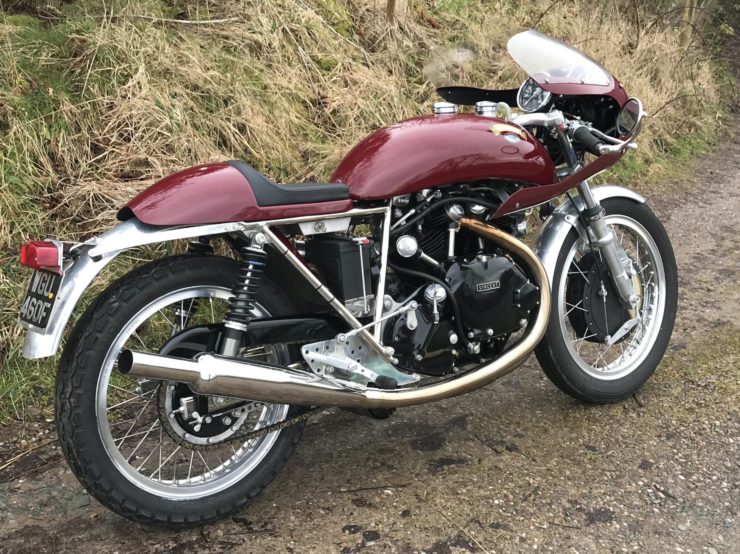 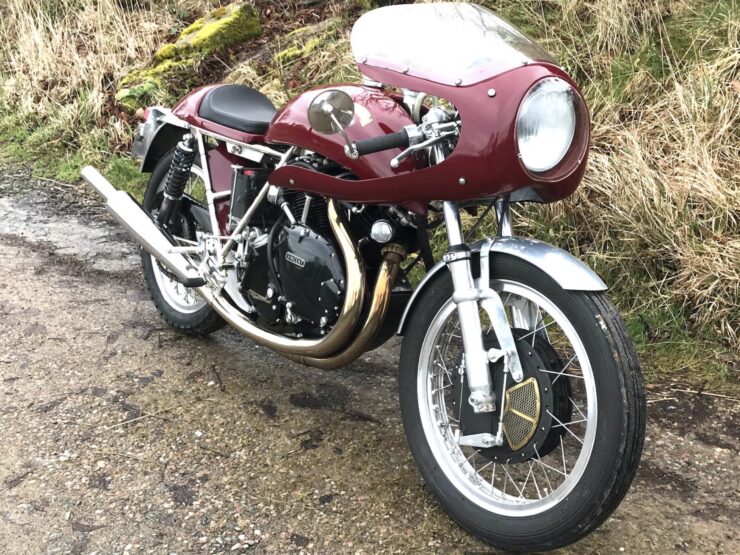 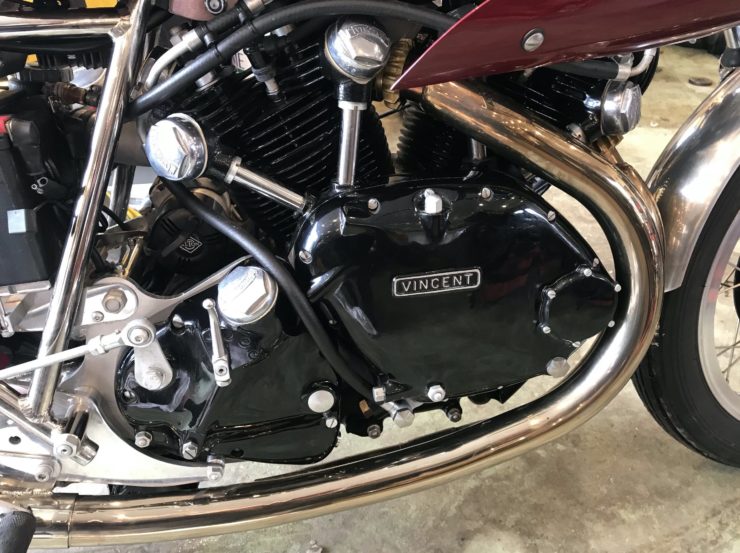 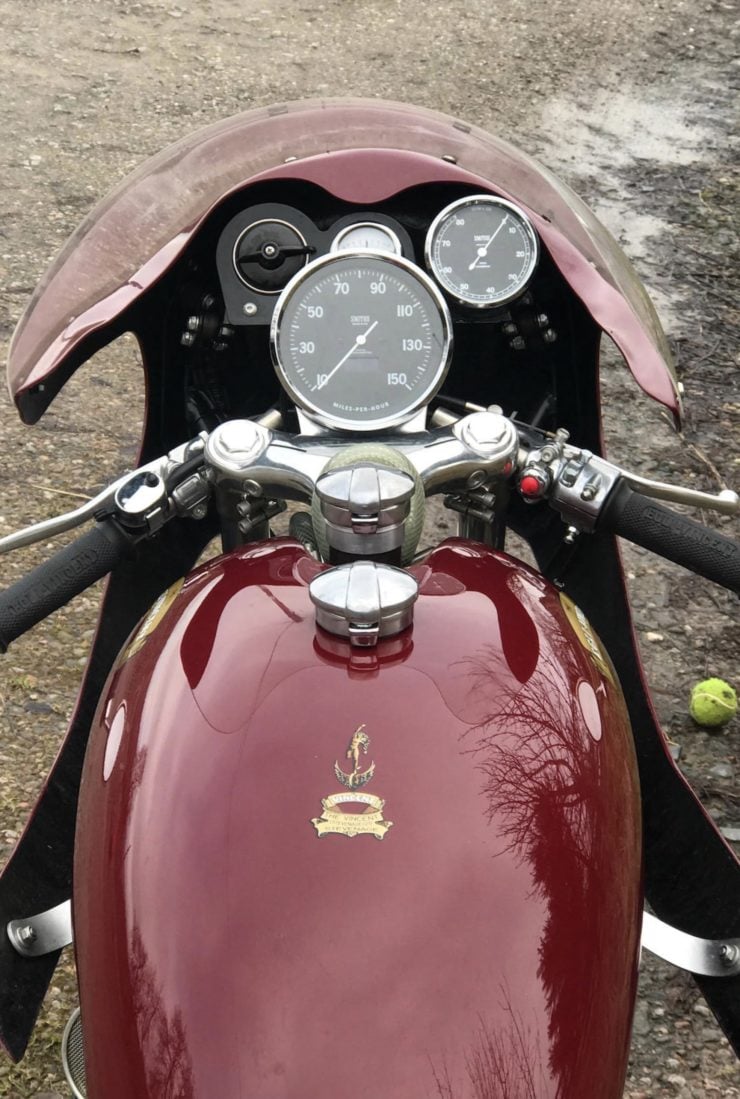 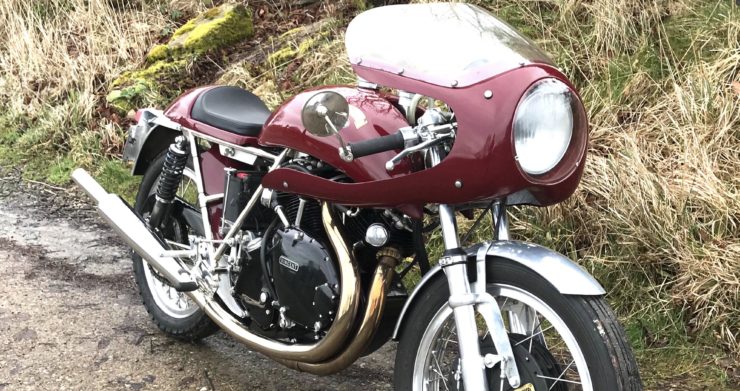 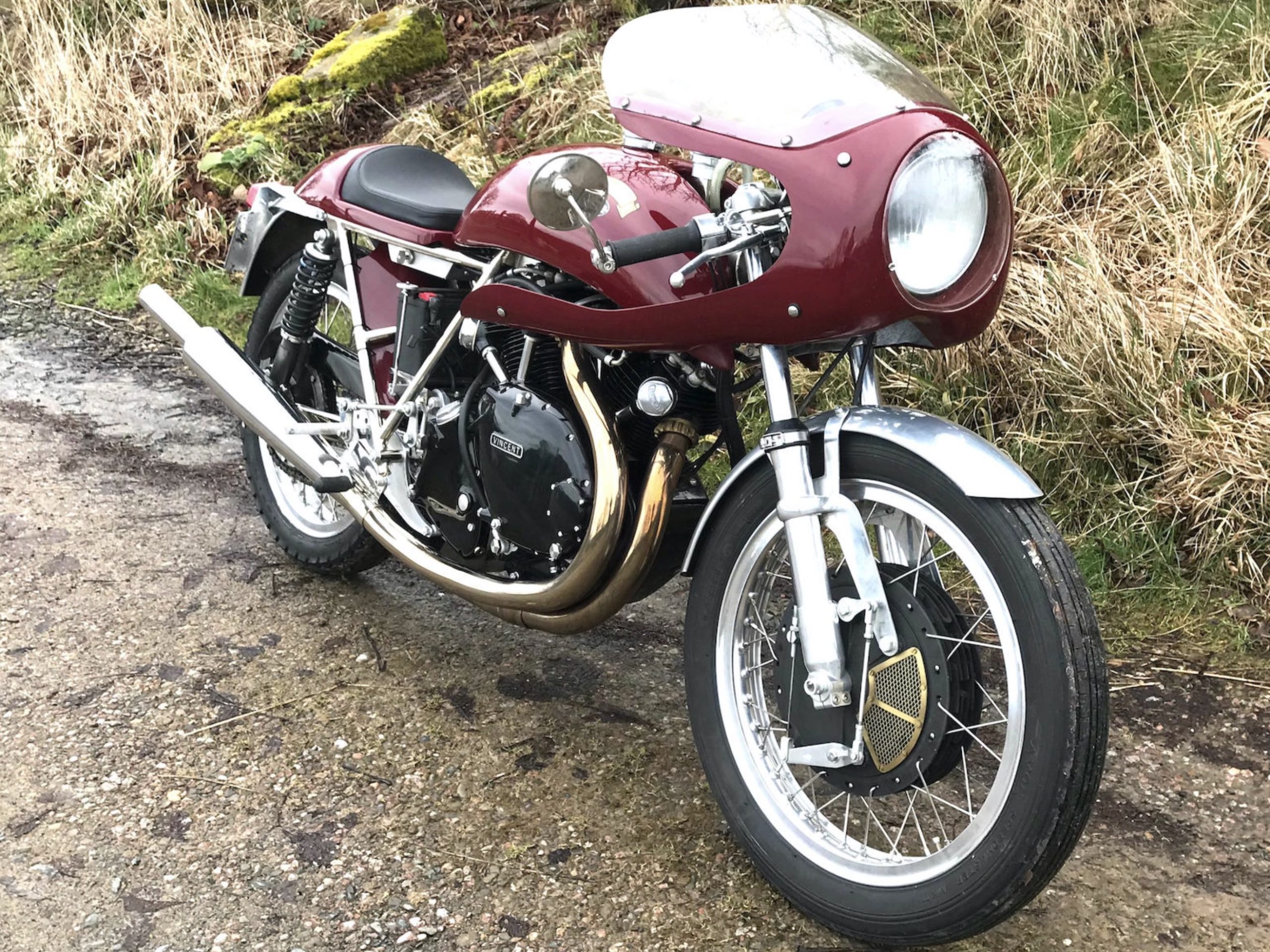