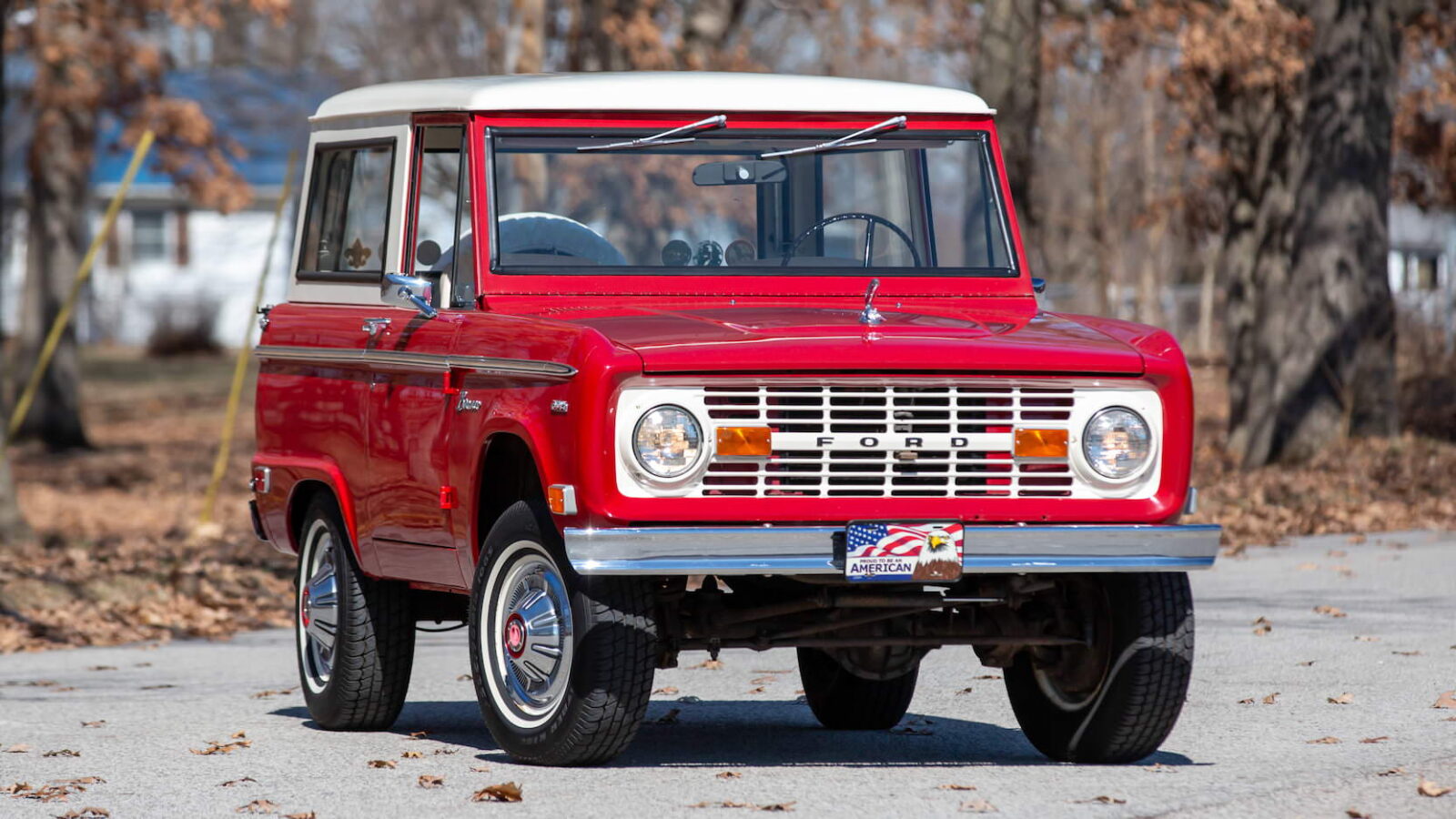 Finding original, unrestored, and unmodified first generation Ford Broncos is almost as difficult as finding similarly original 1932 Ford V8s. The Bronco has been a staple of the four wheeling world scene since it first exploded onto the scene in 1965 as a brand new competitor for the Jeep CJ-5 and the International Harvester Scout.

Interestingly the Ford Bronco was conceived and developed by two men who were also largely responsible for the Ford Mustang – Donald N. Frey and Lee Iacocca with engineering by Paul G. Axelrad. Whereas the Ford Mustang essentially created its own genre the Bronco was entering a hotly contested market segment with two well-established players, and the executives at Ford knew they had their work cut out for them.

In order to keep development costs as low as possible the engineers raided the Ford parts bin and used as many pre-existing parts as they could. The engine used in the first year of production was a modified Ford Falcon inline-six with 105 hp, in 1966 Ford introduced the 200 hp 289 cu. in. V8 as an option which proved popular, then in 1969 the improved 302 cu. in. engine was offered for the first time. 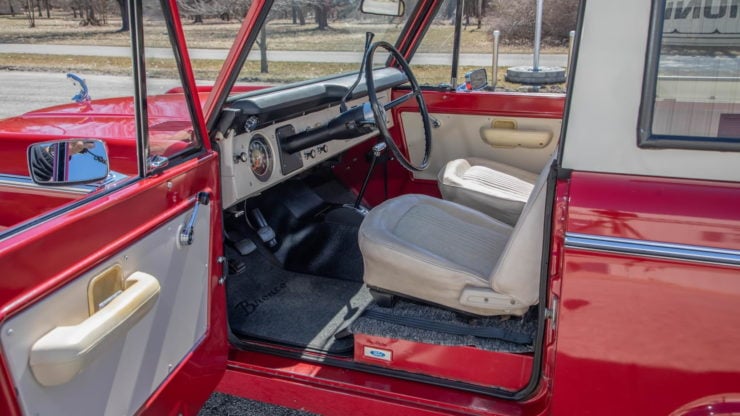 The Bronco did use a newly developed box section ladder frame, and a simple stamped steel body – the body was so simple that the door skins for the left and right side were identical, only differing once the holes were cut to install the door handles. The rear axle used was a Ford 9 inch, up front they fitted a Dana 30 axle and power was transmitted to them using a Dana 20 transfer case which could shift on the fly.

The first generation Ford Bronco used either a 3-speed manual or a 3-speed automatic transmission, although the automatic wasn’t introduced until 1973. The first Bronco series was built from 1965 till 1977 when it was replaced with the bigger and more road-oriented second generation version.

Ford would initially build the Bronco for five generations before discontinuing it in 1996. In 2019 it was announced that the Bronco would return and much to the delight of the four wheeling community and the motoring media the styling is a modern interpretation of the original first generation design. 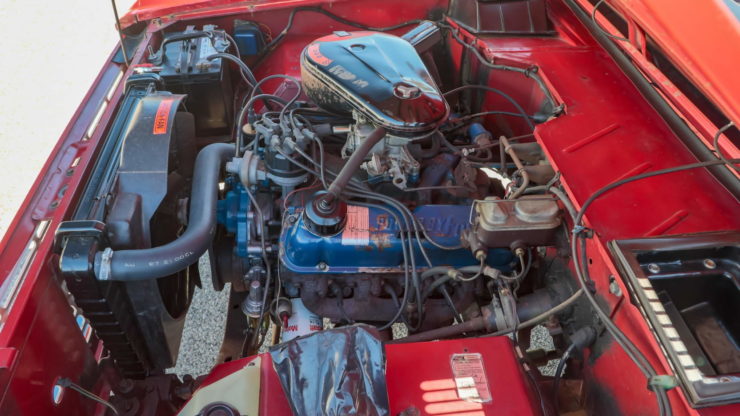 The 1969 Ford Bronco you see here isn’t just an original survivor with 30,398 miles on the clock, it’s also fitted with the highly desirable 302 cu. in. V8 mated to the 3-speed manual transmission, and it’s wearing its factory sprayed red body and white removable hardtop.

Due to the popularity of the first generation Bronco it’s exceedingly rare to find original vehicles that haven’t been modified by multiple generations of owners. This mods usually include engine swaps, suspension upgrades, fender flares, and full axle swaps.

Unusually this Bronco still has its original wheel covers and its jack is still in the factory plastic container. Some minor fixes have been made over the years and you’d expect, they include a new muffler, water pump, thermostat, hoses, a rear u-joint, four new tires, new battery, mechanical fuel pump, fuel filter, air filter, spark plugs, spark plug wires and rotor, and seat belts.

If you’d like to read more about this vehicle or register to bid you can click here to visit the listing on Mecum. 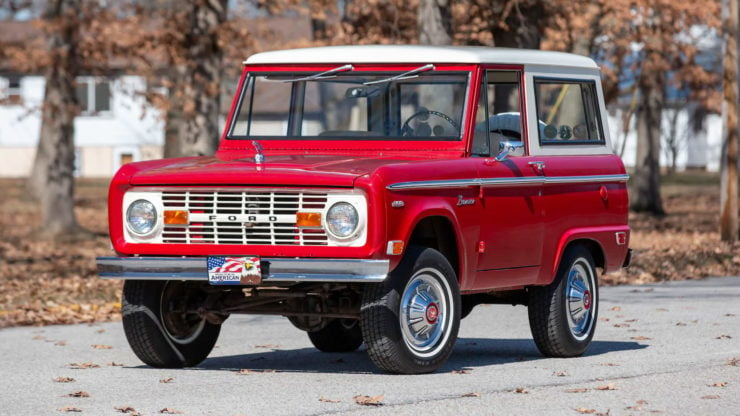 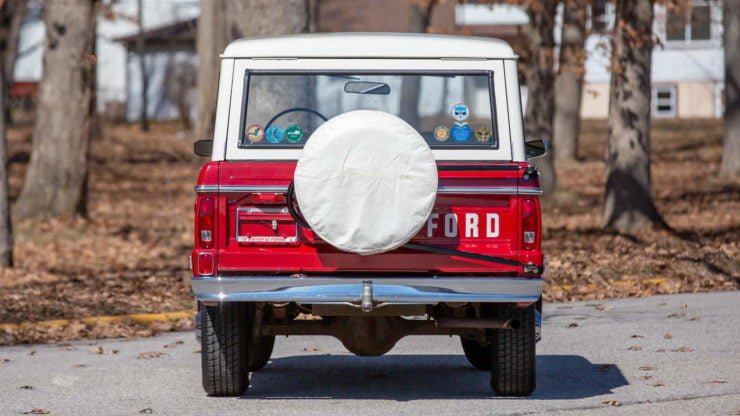 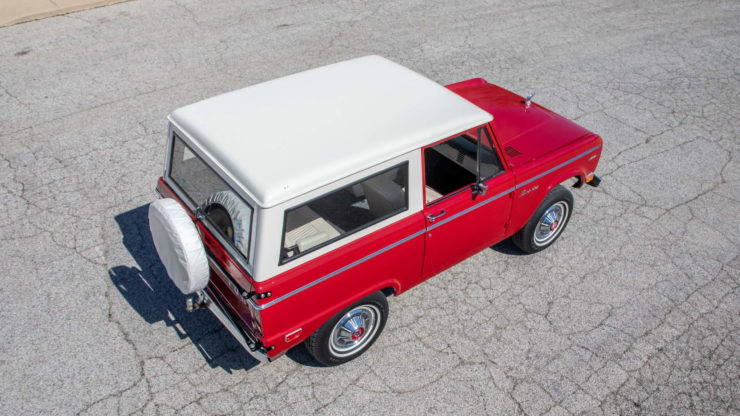 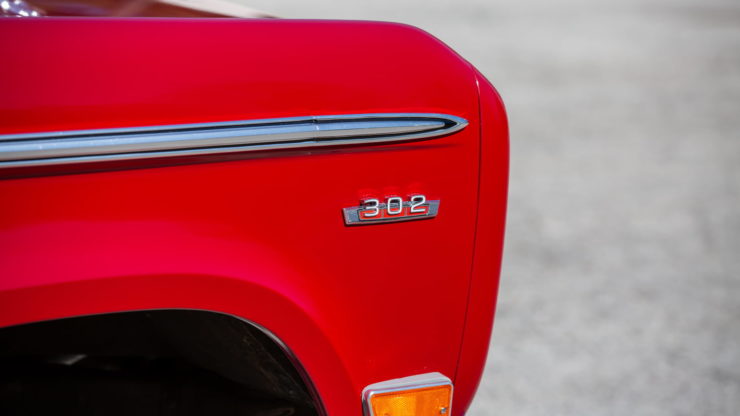 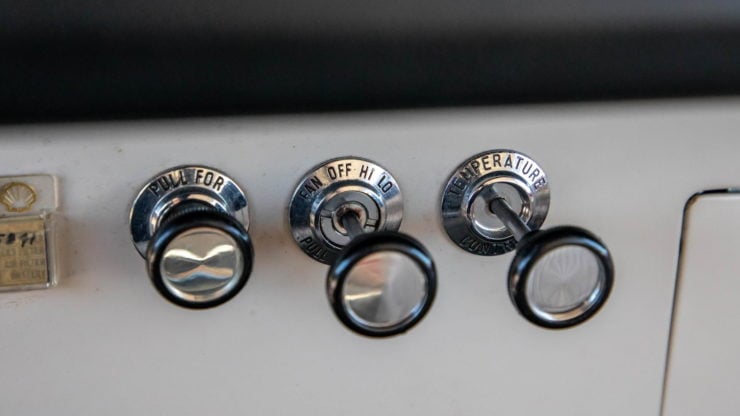 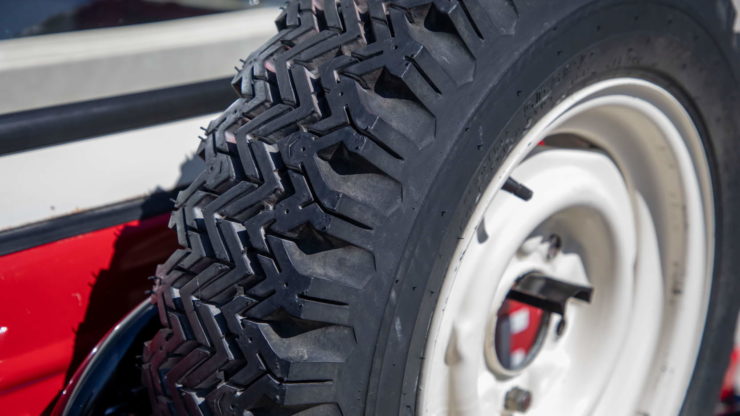 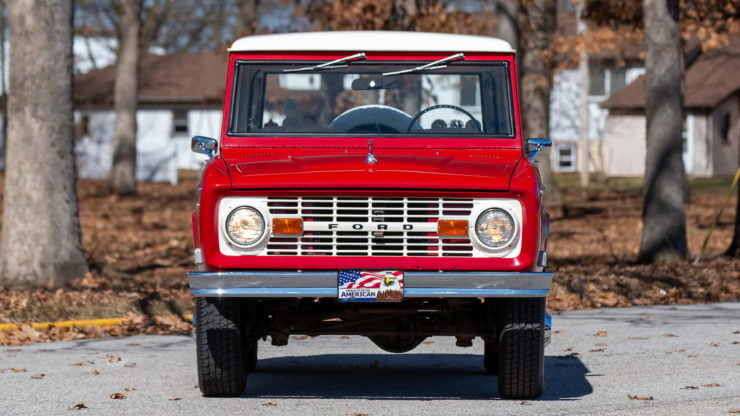 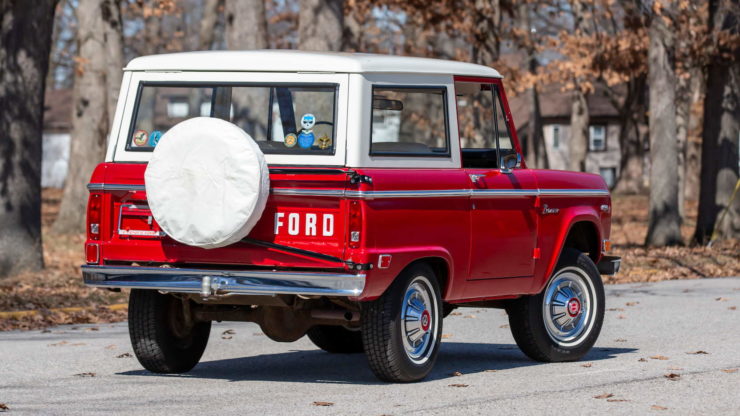 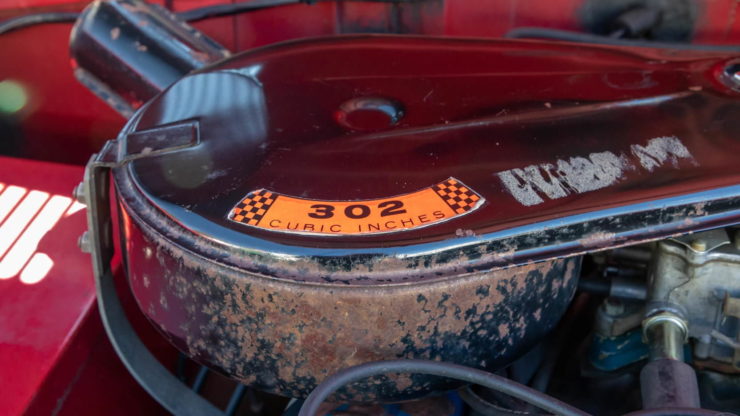 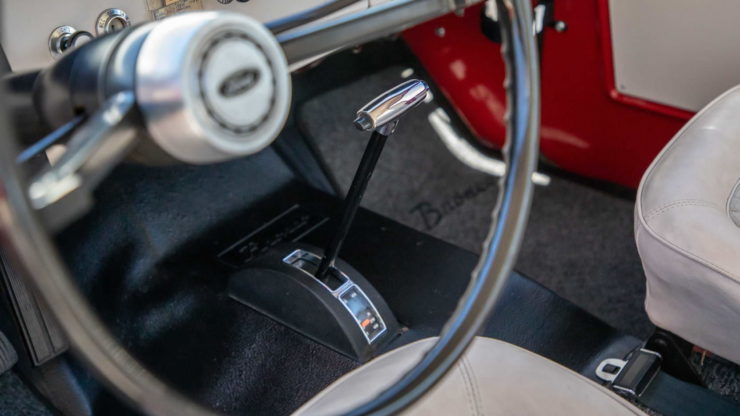 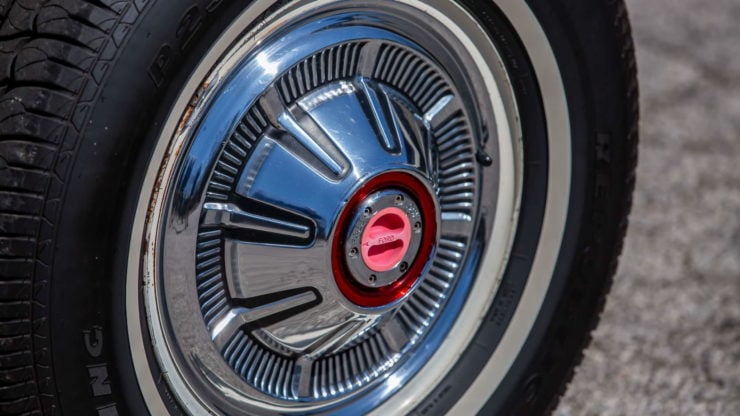 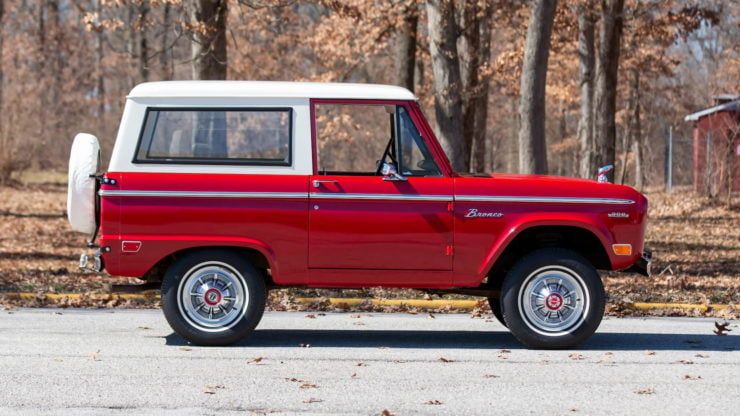 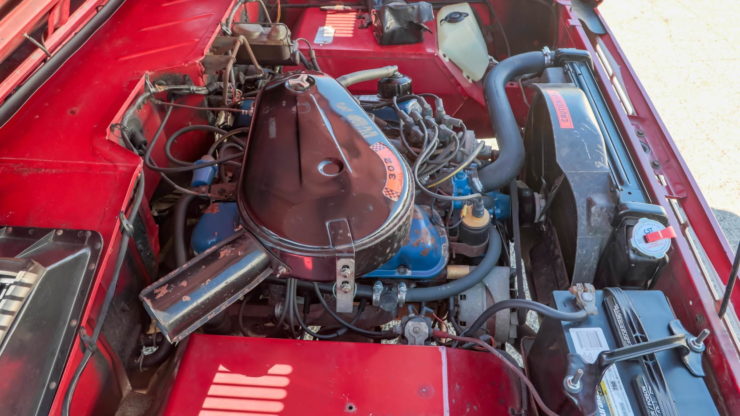 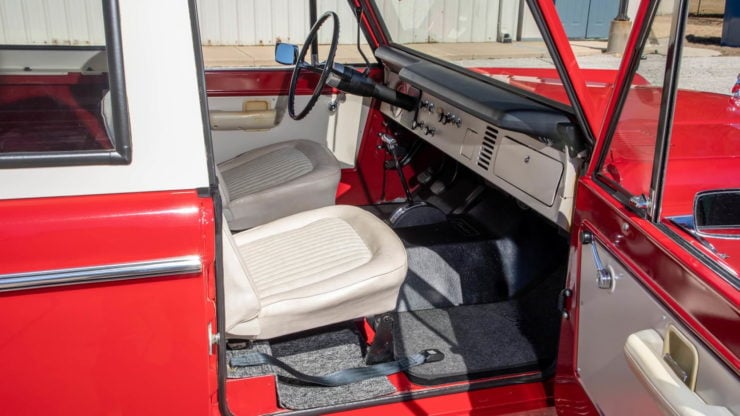 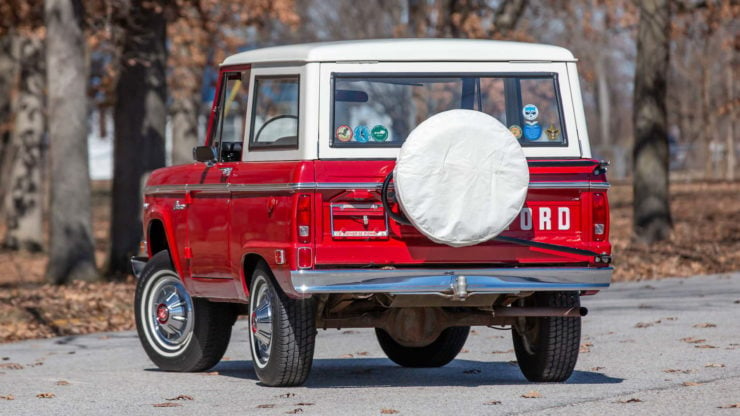 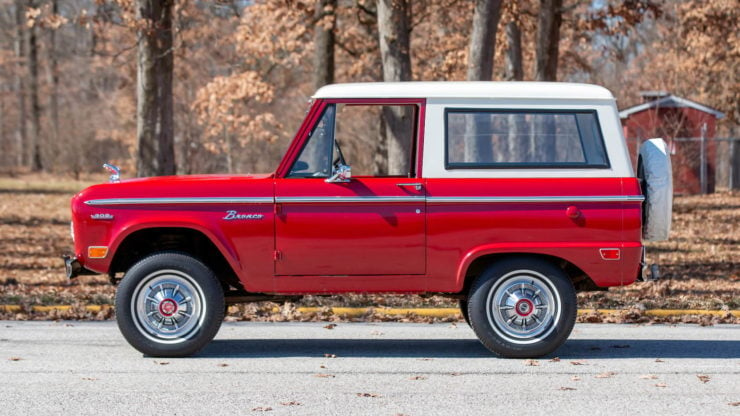 The Datsun 2000 Sports is a remarkably important car in the history of Datsun/Nissan, it was the first Japanese production car to break the 200 km/h mark (124 mph), it won the SCCA D Production Pacific…