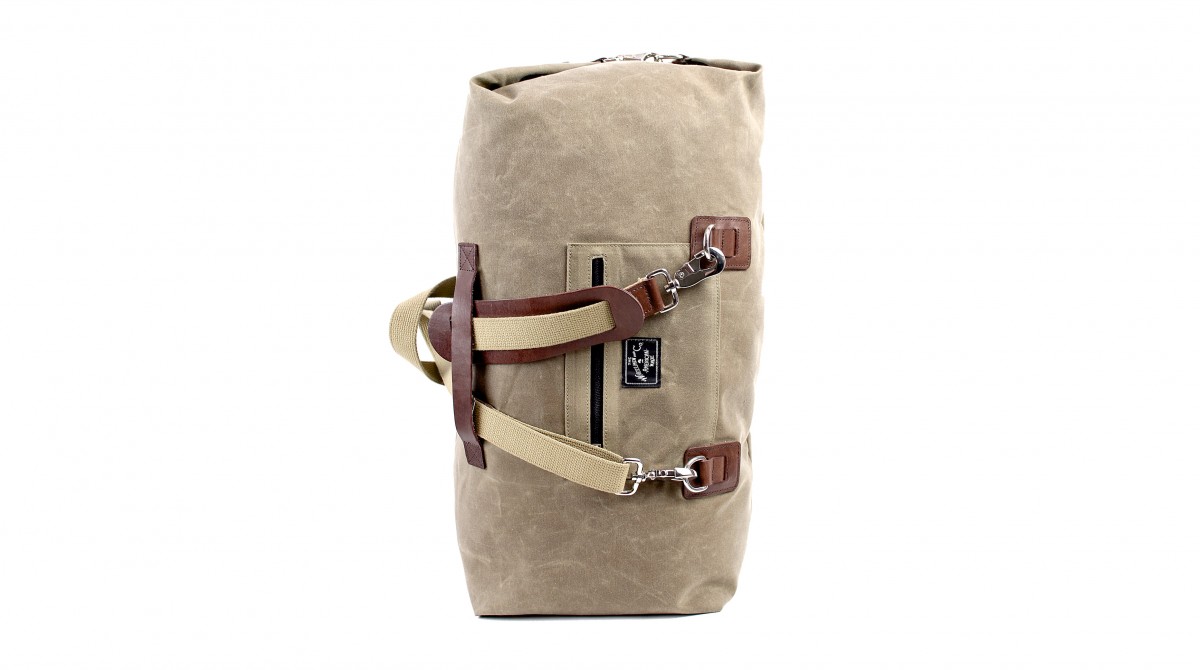 The Overman Duffle x Backpack by Wheelmen & Co is a classic military duffle bag with twin straps that can be clipped to the sides – transforming it from a duffle into a backpack. The shell is made from a tough 10.10oz waxed cotton canvas and the interior is lined with neutral 600 denier.

Each Overman has one large main compartment and a separate top pocket for shoes or other extras, both fitted with featuring waterproof zippers. The bag also has multiple exterior side pockets for phones, passports, documents and maps. As with all the gear made by Wheelmen, the Overman is hand made in the USA in limited numbers. 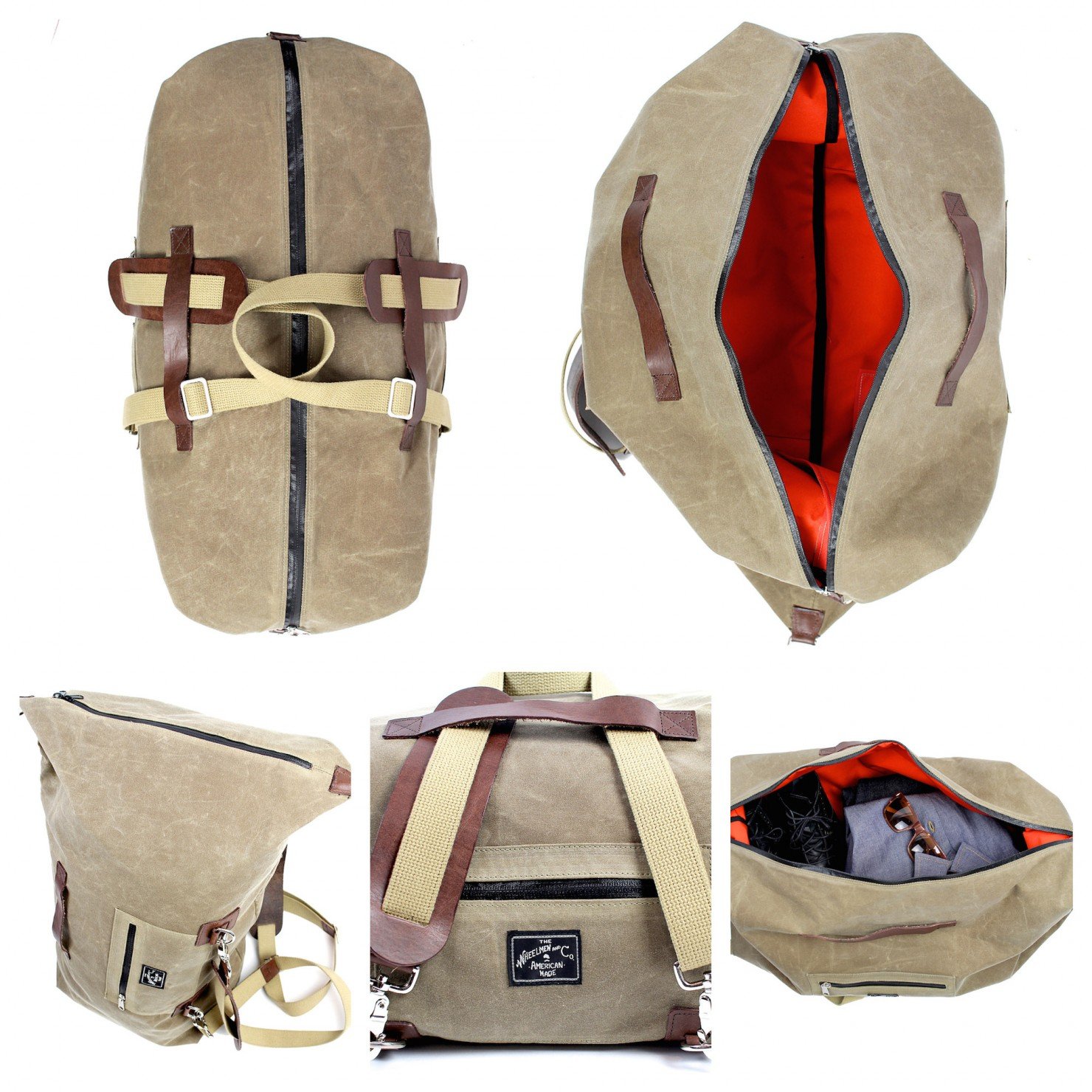