This is an original 1986 Ducati MHR Mille – the acronym stands for “Mike Hailwood Replica” and “Mille” is Italian for “thousand,” the displacement of the engine in centiliters.

That information is important to know as this bike, along with its forebears, had been developed to commemorate the astonishing comeback victory by Mike Hailwood at the 1978 Isle of Man Formula 1 TT after an 11 year absence, riding a Ducati.

There’s little that can be said about Mike Hailwood that hasn’t already been said, or written, a thousands times over the past few decades. 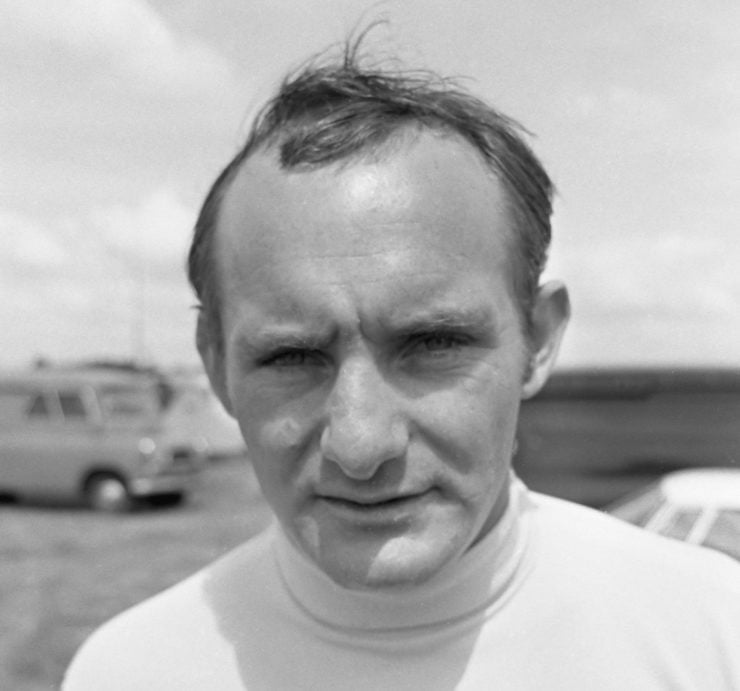 This is Mike Hailwood, often referred to as “Mike The Bike,” at the TT Circuit Assen in June of 1967.

It’s possible, perhaps even likely, that he was the greatest motorcycle racer the world has ever seen. he started racing at the age of 11 in England and by the time he was 12 he had won ACU Stars at 125cc, 250cc, and 350cc classes – winning the prestigious Pinhead Prize.

After this his career truly took off, he won a staggering nine world championships in total, he took 76 Grand Prix victories, four back-to-back 500cc World Championship wins, and 13 Isle of Man TT victories before he retired in 1971.

He decided to test his mettle in the world of automobile racing where he saw no small amount of success, winning the 1972 Formula Two European title and a podium place at the 24 Hours of Le Mans. he would compete in 50 Formula 1 Grand Prix, often outpacing some of the best drivers in the world.

In 1978 the motorcycling world was shocked at the news that Mike Hailwood would be returning to race at the Isle of Man TT. He would be 38 years old and many believed he was more likely to embarrass or hurt himself than actually finish on the podium.

Riding his F1 TT Ducati he took a wildly popular win in the Formula 1 TT, upping his number of Isle of Man TT victories from 13 to 14 in the process.

The good looks of the Ducati MHR Mille has been winning it fans for decades. Good examples still remain relatively affordable, typically selling under the $20,000 USD mark.

The motorcycle you see here is a 1986 Ducati MHR Mille, it’s the final iteration of the series of Mike Hailwood replicas that were built by Ducati starting in 1979.

The actual specification and styling of the bikes did change pretty significantly over the years and there was only a tenuous link (at best) to the actual bike ridden by Hailwood. But enthusiasts loved the bikes for their styling, engineering, performance, and their uniqueness in a superbike market dominated by Japanese UJMs.

The 1986 Ducati MHR Mille is powered by a 973cc air-cooled single overhead cam L-twin producing 76 bhp at 6,700 rpm, giving the bike a top speed of 138 mph. The bike featured a full fairing, a classically-styled Ducati fuel tank and a removable rear cowling section to turn it into a two-seater.

The Mike Hailwood Ducatis enjoyed an enduring popularity that probably surprised the executives at Ducati, and there was a point there in the mid-1980s that the model was likely the only thing keeping the lights on in the Borgo Panigale factory.

The MHR Mille you see here is due to roll across the auction block with Bonhams on the 5th of June with a price guide of $16,000 – $20,000 USD. If you’d like to read more about it or register to bid you can visit the listing here.