Editor’s Note: This post was written by the team at Untitled Motorcycles. We like to publish the story of a custom build in the words of the builders when we can – to give you a direct look into their process.

The HyperScrambler will be offered as a Limited Edition in a series of different Ducati-heritage colours and finishes – to read more or place an order you can click here.

Hugo Eccles, owner of Untitled Motorcycles in San Francisco (UMC-SF), was contacted by Jim MacLaughlin of Marin Speed Shop in the lead up to the Worldwide Ducati Dealer ‘Custom Rumble’ build-off with an offer to build a limited edition Ducati that would stun everyone in the room when it was unveiled.

The HyperScrambler is the result of this project – and it’s certainly safe to say that it’s a jaw-dropper.

Eccles started by sourcing a Ducati Monster S2R swingarm which, with its tubular structure, better matches the Scrambler’s trellis frame. “I’d originally intended to use a Sport Classic Mono swing arm but it was impossible to source in time”. Having installed the new swingarm a new subframe, to accommodate the S2R monoshock and a new seat design, was fabricated by Turk’s Shop, a local fabricator.

“I love Ducati’s signature trellis frame on the Scrambler and wanted to celebrate it”. An UMC-designed custom petrol tank that echoes the lines and angles of the frame resulted in a tapered shape which became the overall direction for the build: “the seat, tank and headlight are all part of one single tapered form”. The slim new design also suggested a more pared-down flattrack- and supermoto-inspired style which Eccles felt was “compatible with the Scrambler’s DNA”.

From that point onwards, the build was geared towards stripping and removing all extraneous details and components, including numerous plastic panels. The result is a bike that, at 325lbs, is 85lbs lighter than the original. “We’ve created an 800cc motorcycle that weighs less than a Vespa: performance is ‘lively'” says Eccles.

Visually, the new UMC Scrambler design consists of three core elements: engine, frame, and body: The engine and other mechanical parts have been stripped to bare metal and vapour blasted to celebrate their raw mechanical nature. The frame has been painted in ‘Rosso Corsa’, a neon orange colour that Ducati uses for their Moto GP race bikes, to showcase the characteristic trellis frame and swingarm. The nickel-sided petrol tank is a nod to the 1968 original while the bodywork has been painted in a solid grey to match the slim motocross-inspired grip vinyl seat.

Eccles is the first to admit that this build is somewhat out of character for Untitled Motorcycles. “It’s a competition build so we set out to do something intentionally provocative. Although this bike is road legal, the next road-going versions will be designed and detailed differently”. 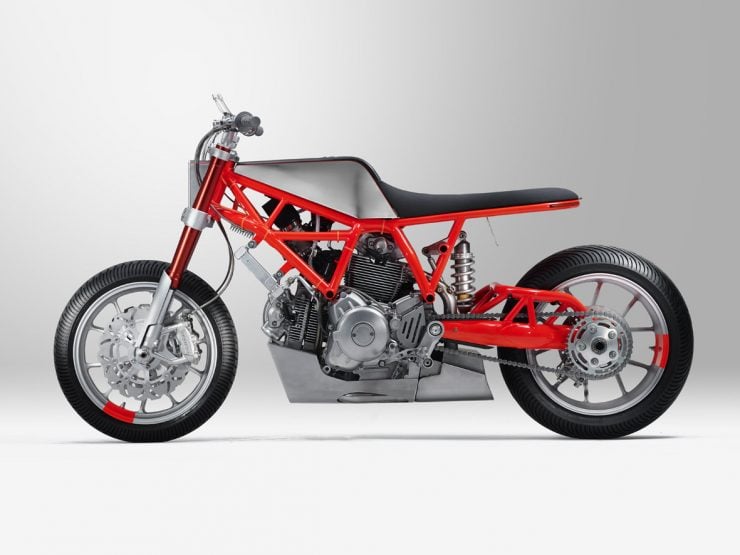 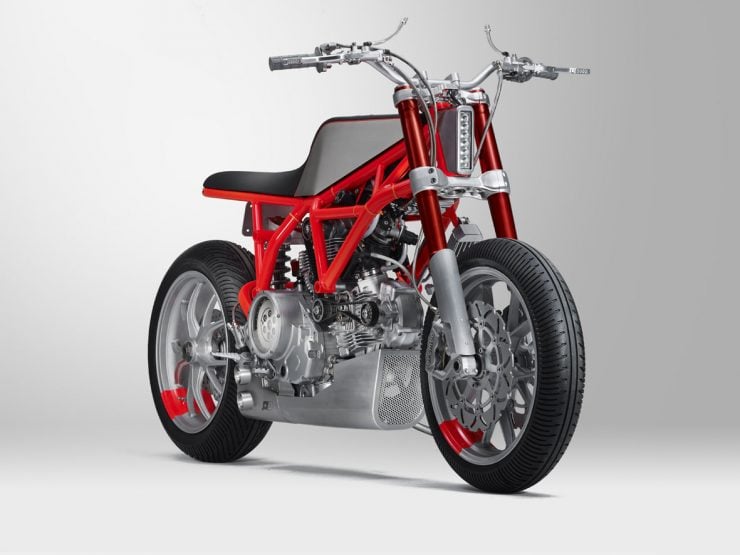 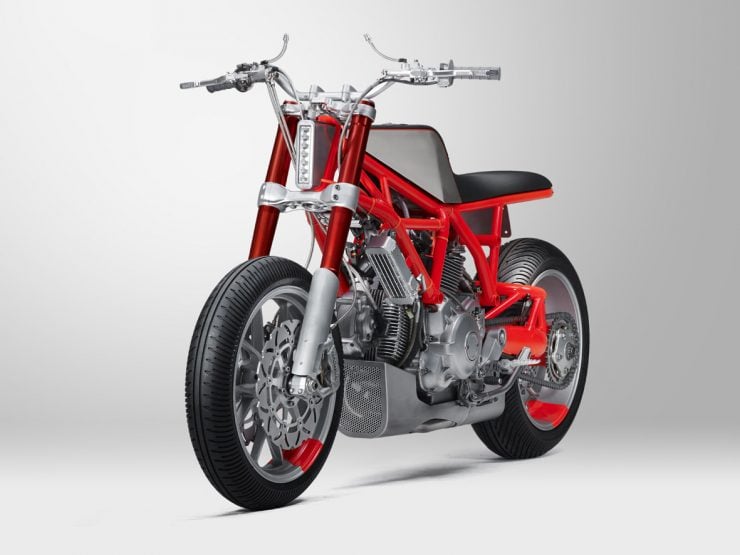 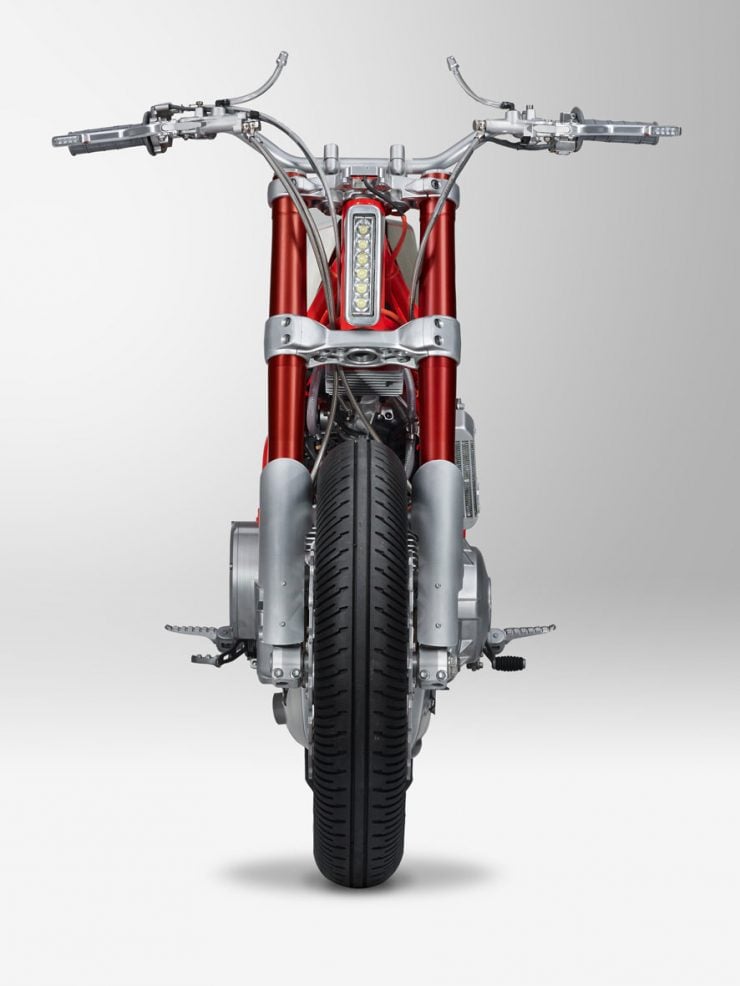 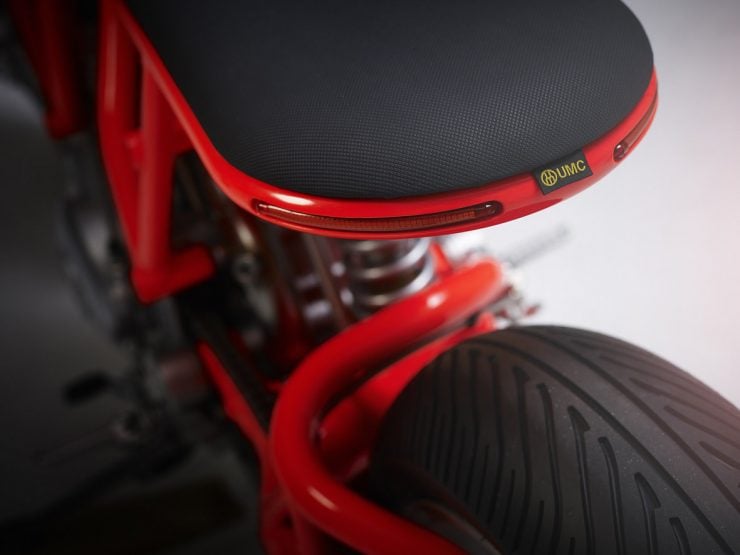 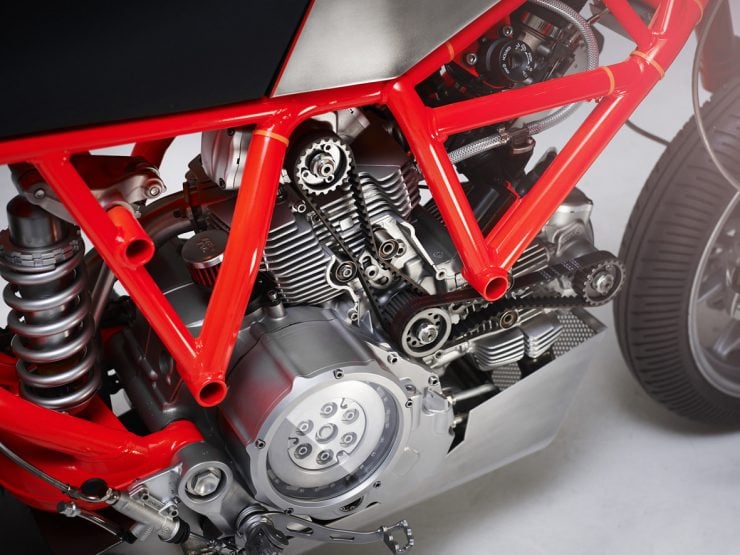 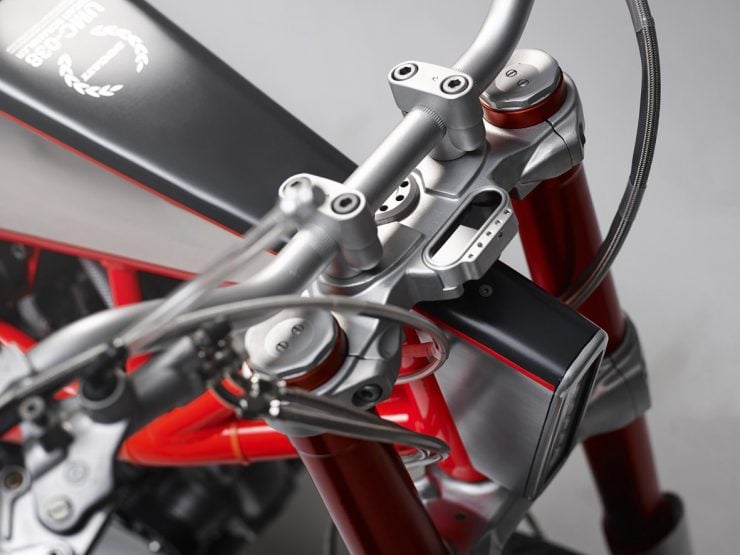 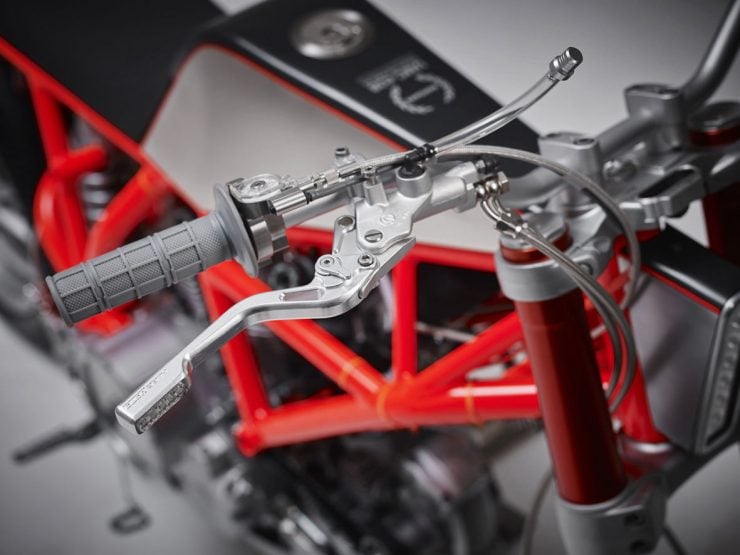 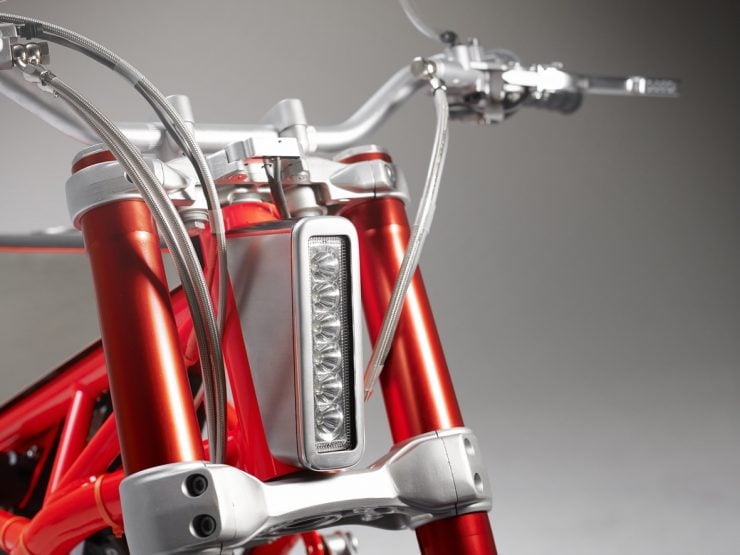 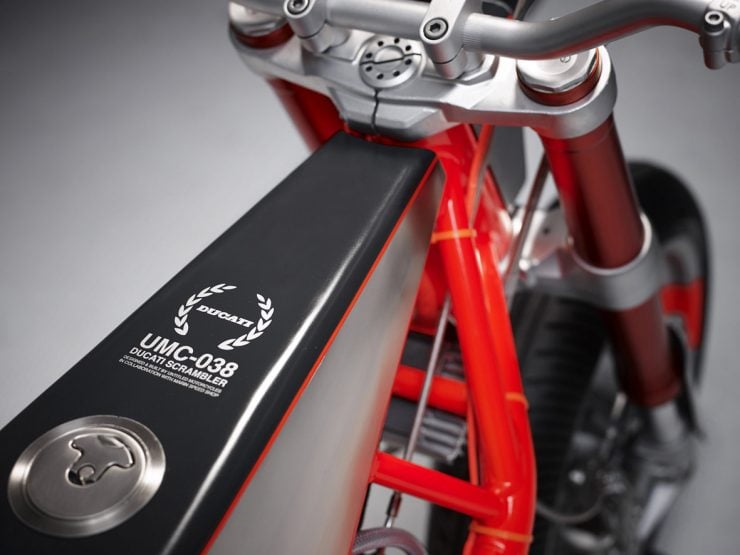 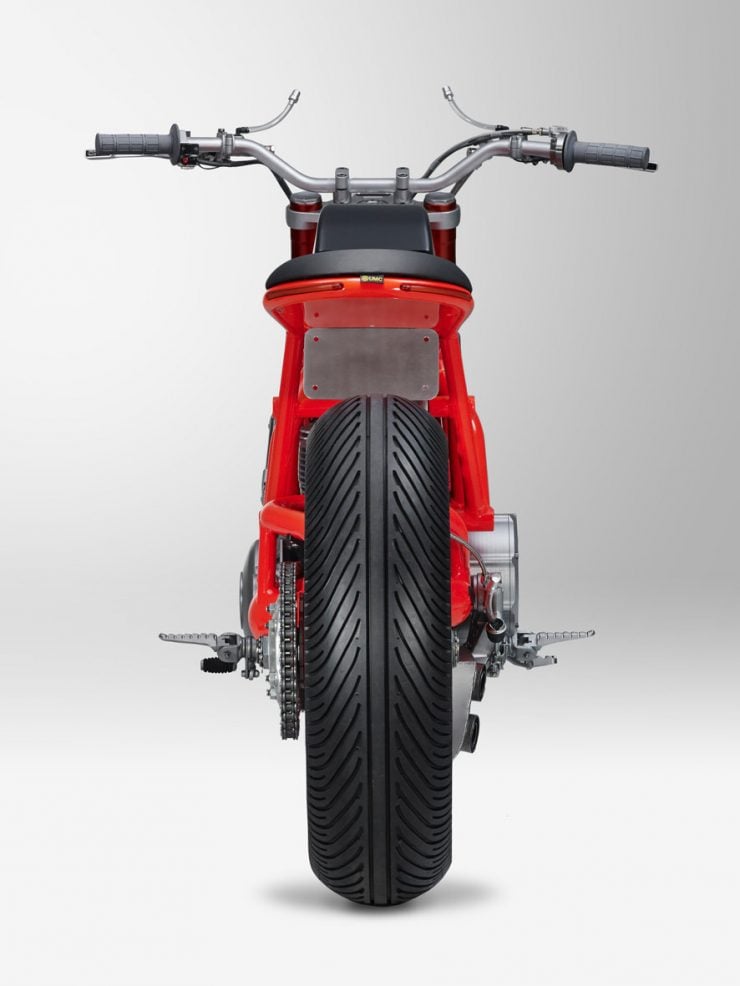 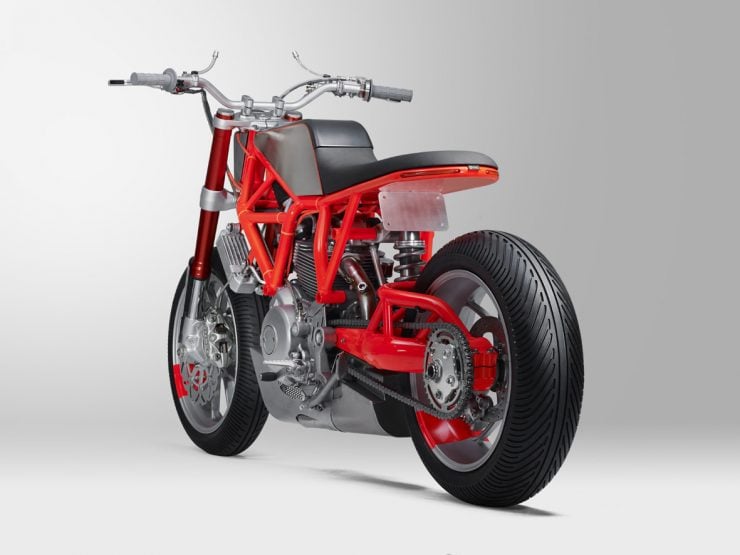 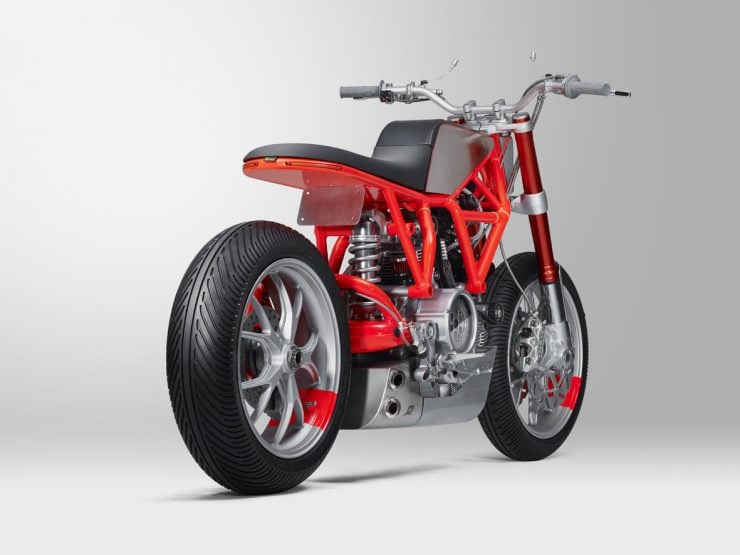 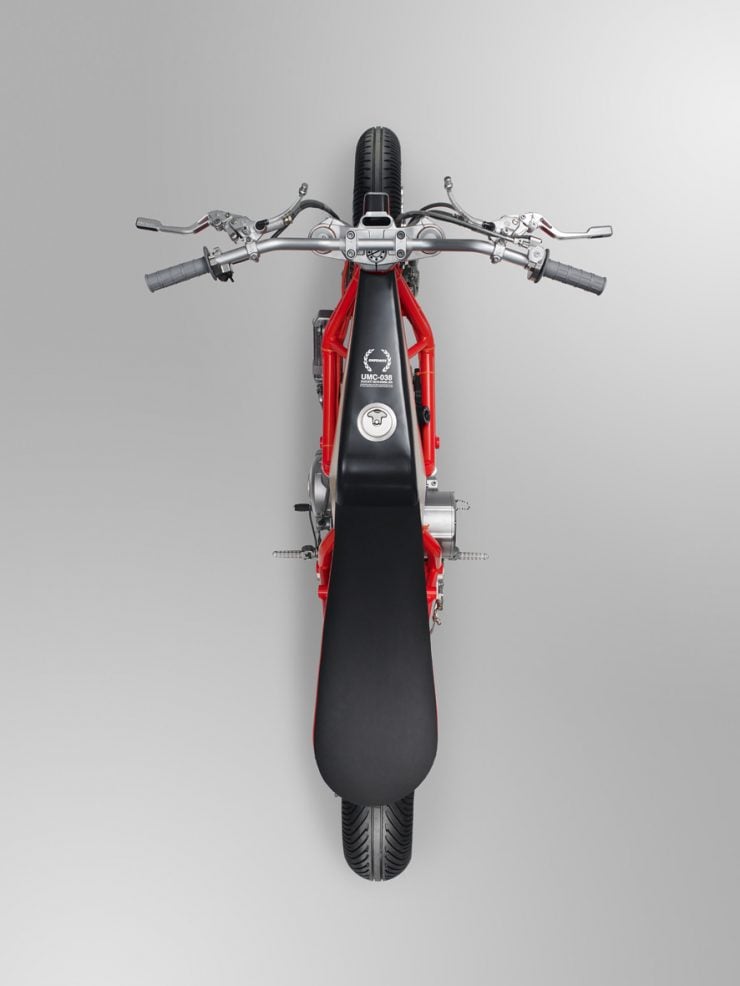 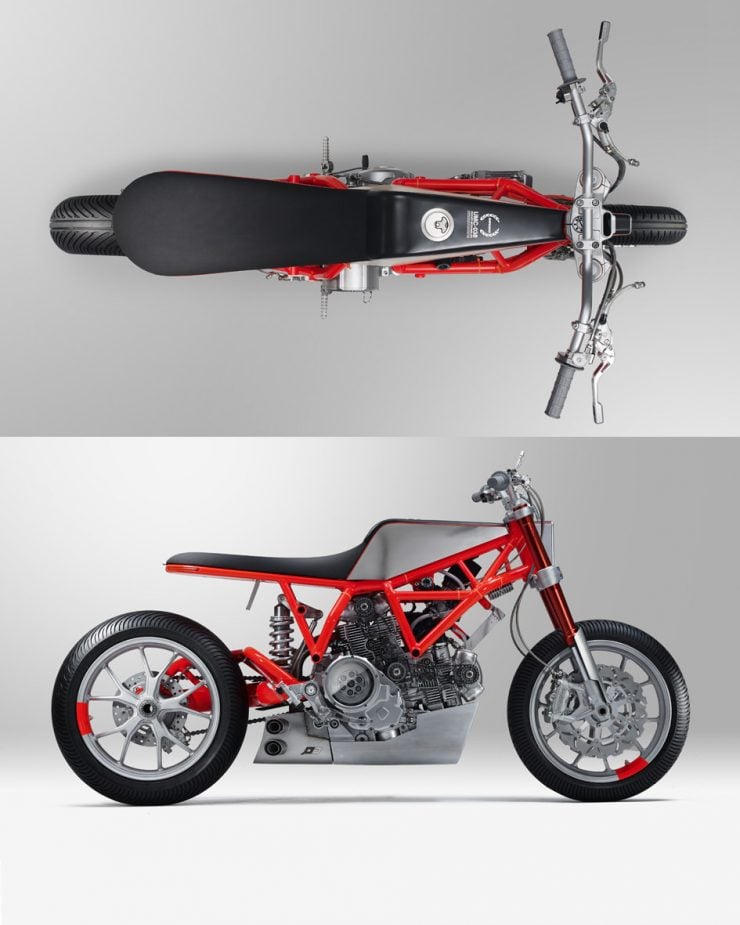 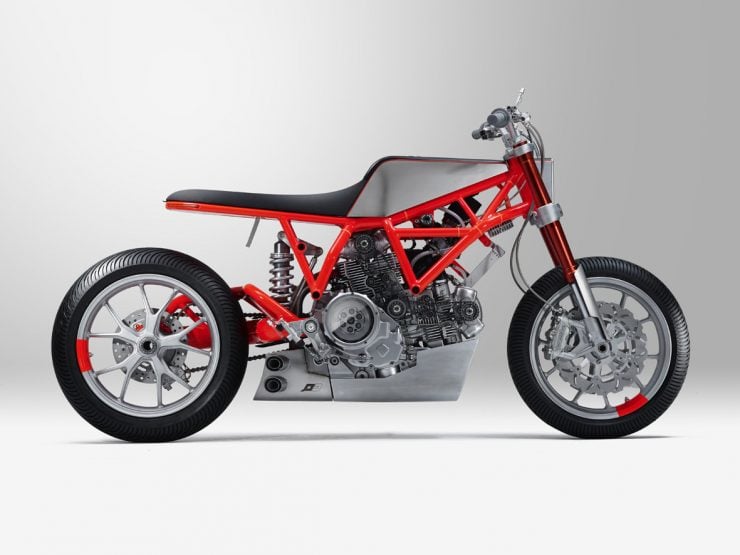 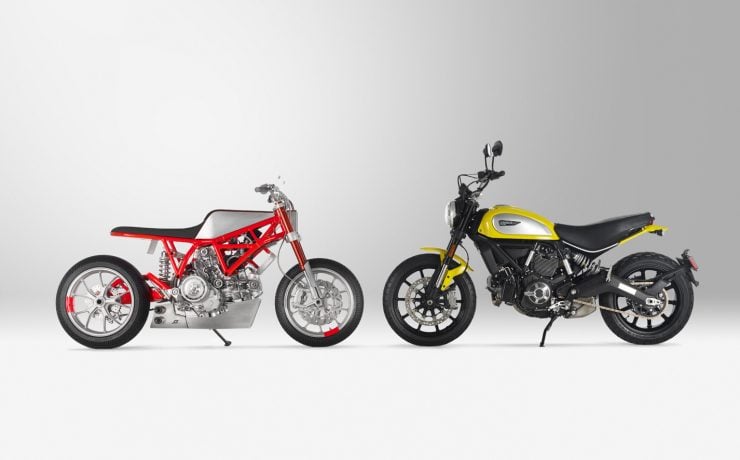 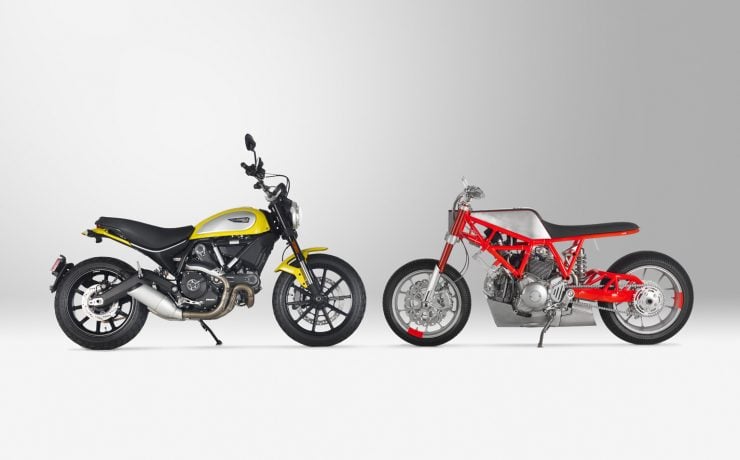