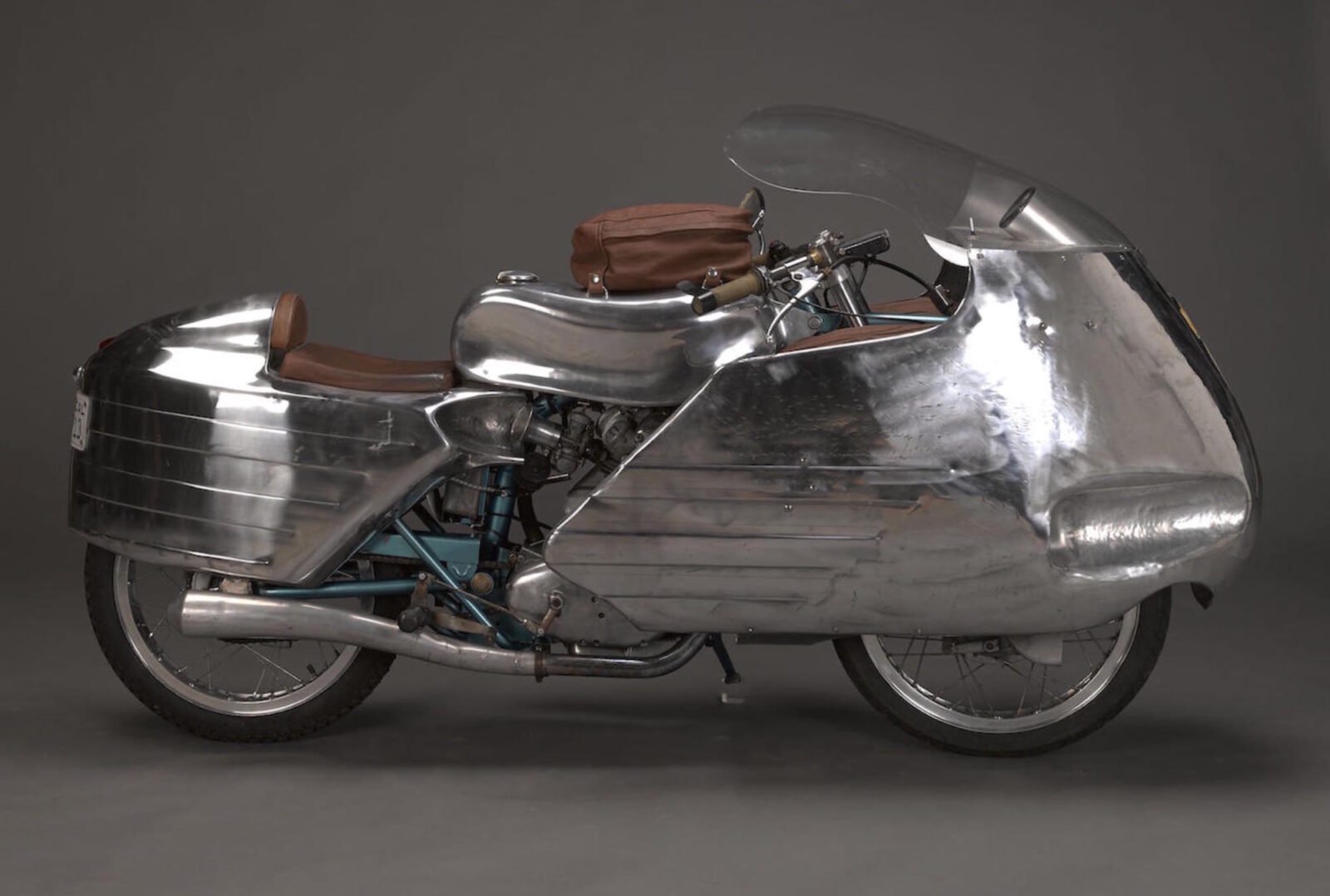 This Ducati Dustbin Special was built by world-renowned metal fabricator Evan Wilcox, a man with a minimum 12 month waiting list on new parts who has fabricated just about every body part you can imagine for motorcycles from Nortons and Vincents to Ducatis and Moto Morinis.

When it came time for Evan to build a motorcycle for his own use in amateur racing events like the Moto Giro d’California, he didn’t mess around. A single-cylinder Ducati was chosen, a bevelhead with a 175cc capacity, it was rebuilt with a custom crankshaft from a four-stroke MX bike machined Ducati flywheels, a camshaft was sourced from Megacycle and a Mikuni carburettor was fitted for the sake of reliability and easy starting.

The dustbin fairing was all hand-beaten by Evan specifically for this bike, the main front fairing is made from a single sheet of aluminium, as is the rear cowling/seat. The fuel tank has been shaped in the “jelly mould” style and there are three bags built into the fairing for long-distance road racing.

The original dustbin motorcycles were outlawed in 1958 by the Fédération Internationale de Motocyclisme (FIM) due to the dangers associated with them, many of the originals had limited front wheel steering because of fairing constraints and the bikes could become unstable at some lean angles – it was also not advisable to ride them in stiff cross winds for obvious reasons.

If you’d like to try your hand at racing a proper dustbin motorcycle then I have some good news for you – Evan is selling this one at the upcoming Las Vegas Motorcycle Auction due to be held by Bonhams on the 7th of January 2016.

It has an estimated value of between $10,000 and $14,000 USD – making it a not altogether unaffordable acquisition for most collectors or amateur racers. If you’d like to read more or register to bid you can click here to visit the Bonhams listing. 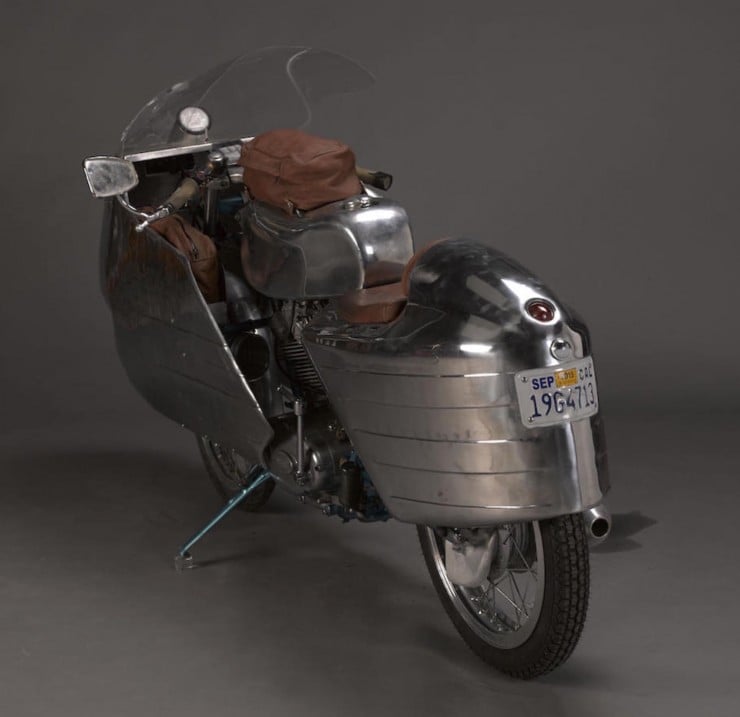 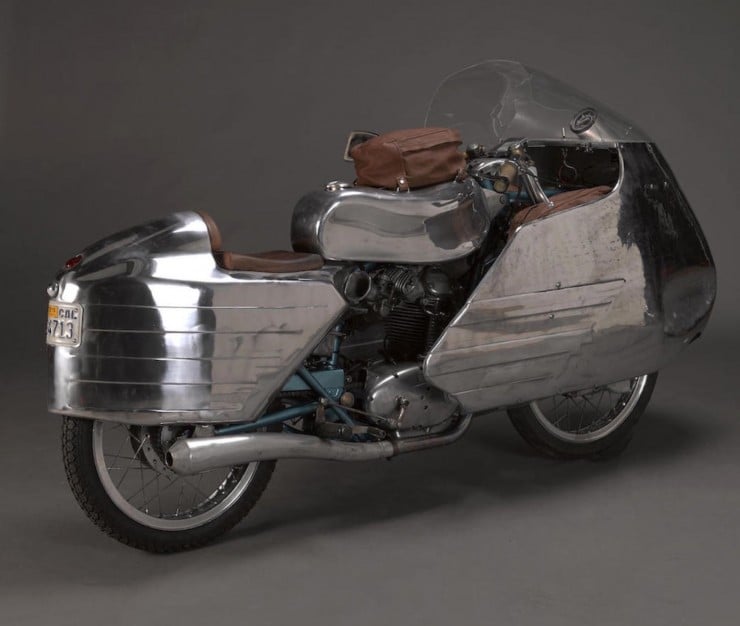 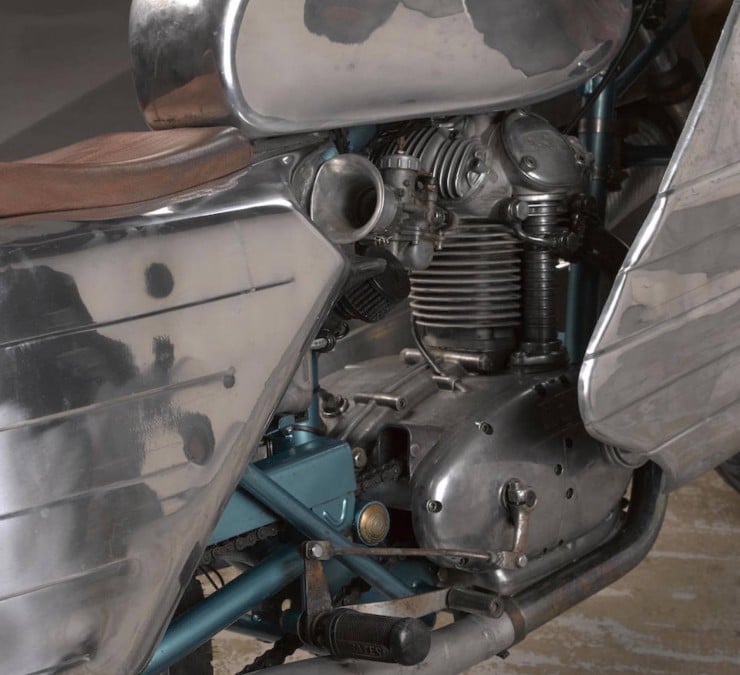 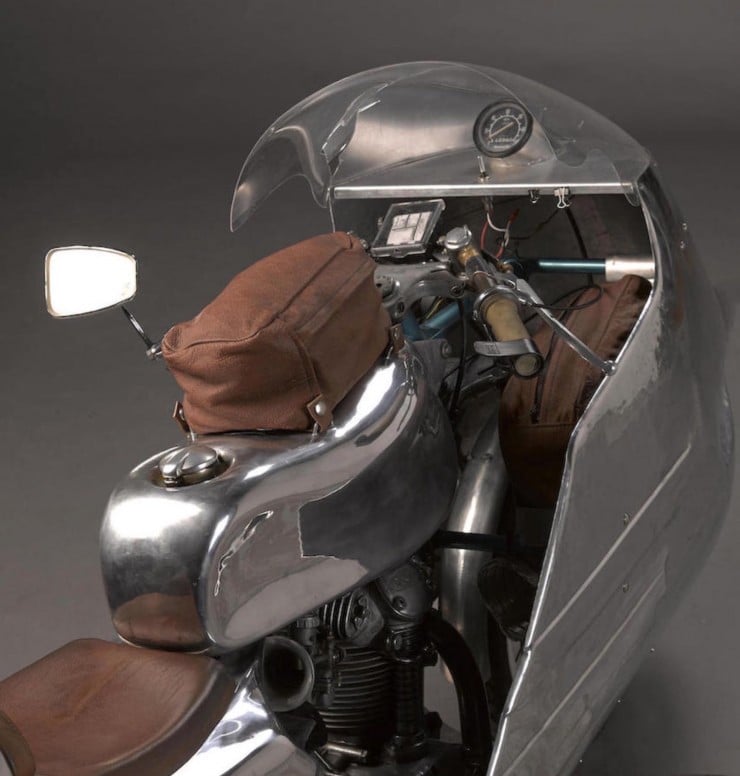 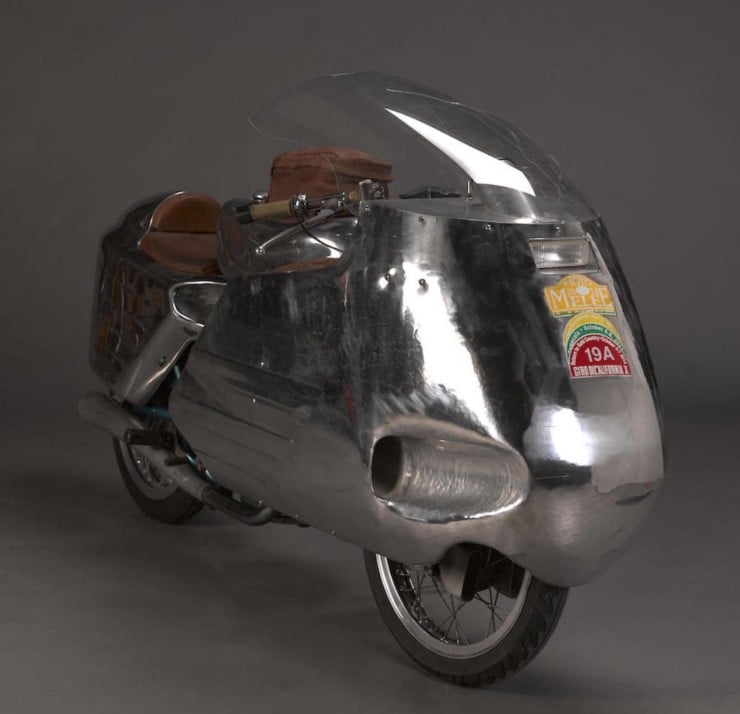 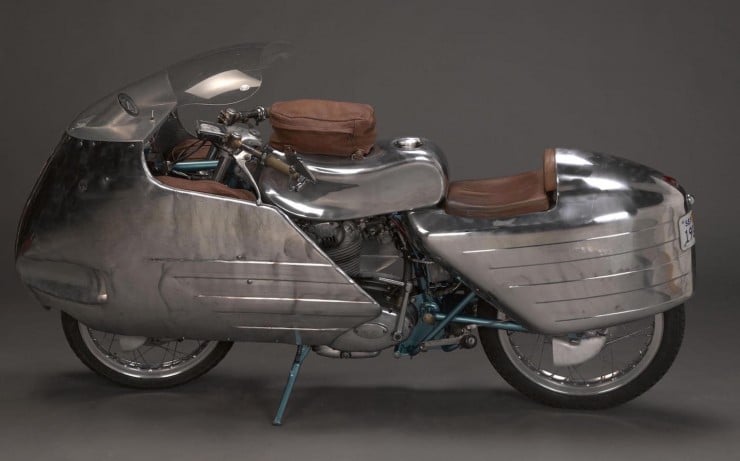 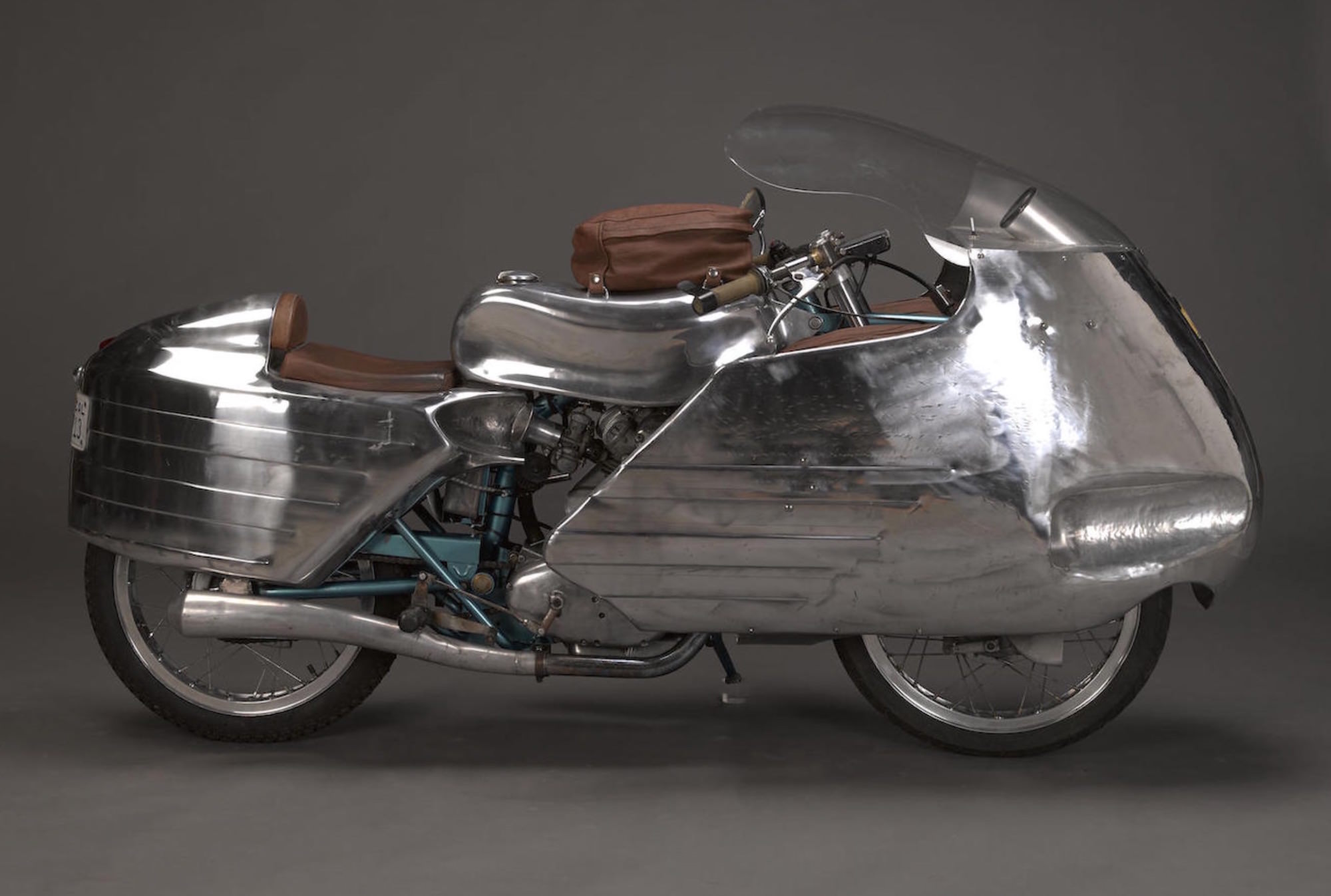