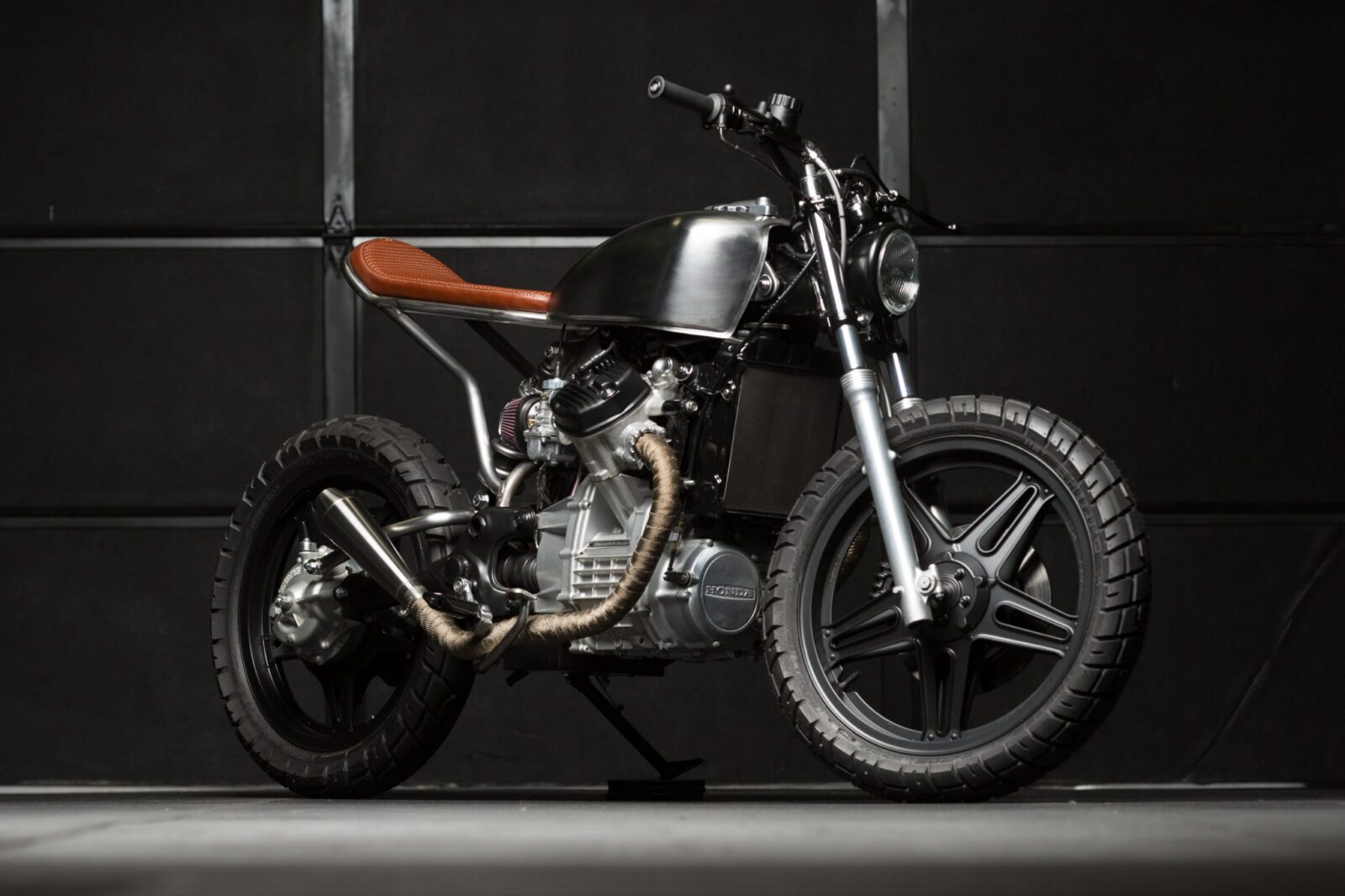 DownShift Studio is run by Jeremy Lacy, an industrial designer based in Denver who specializes in illustrations and sketches of custom bikes, often helping fabricators and builders from around the world visualize their ideas and projects before the metal is cut and the tools come out.

The Honda CX500 you see here is his first hands-on project, it’s the result of a collaboration between Jeremy and Joel Fitzgerald, and the bike shows far more technical skill than we’re used to seeing in a first custom.

The men started out with a 1600 original mile CX500 that Joel’s wife had found for sale on a local message board. The plan was to create a clean, minimalist street scrambler that would be ideal for use on the streets and fire trails of Colorado.

The bike was stripped down to parts, and Jeremy began drawing up plans for the next step. It was decided to remove the original subframe and convert the bike from a twin shock to a mono shock, it was also decided that the original fuel tank mounts would need to be moved so the tank base would follow the line of the new subframe.

Jeremy’s JD2 Tube Bender was used extensively creating the new swing arm, as well as the steel tubes needed for the subframe. Getting the geometry for the monoshock correct took some time, and they ensured that it was over-engineered for safety, with three re-enforced swing arm mounts to help distribute load and reduce swing arm twist.

Once the new seat pan had been shaped it was sent off to Ian Halcott to be upholstered with low profile padding then covered with leather. The forks were rebuilt with Racetech springs, and the front of the bike was slightly lowered by sliding the triple trees down. 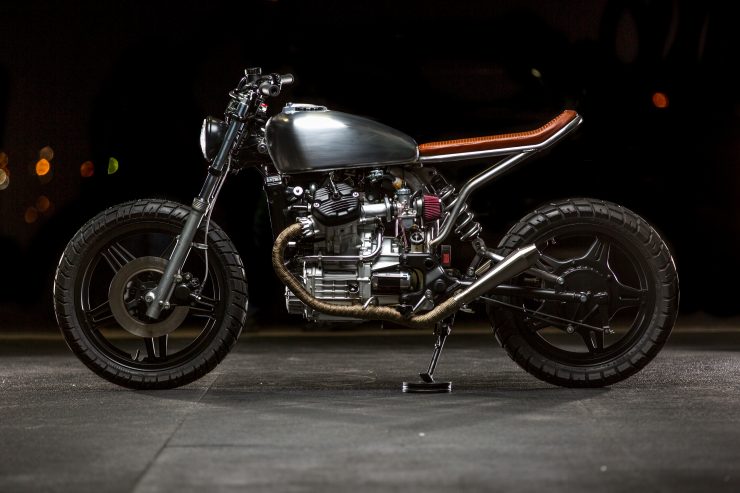 The original 19 inch front wheel was kept, and paired with a new 18 inch rear to lift the back of the bike and slightly improve ground clearance as well as posture. Both wheels were painted black, then fitted with matching Shinko 705 dual sport tires.

The low mileage on the CX500 engine meant that a rebuild wasn’t needed, so a new set of 34mm Mikuni carburetors were fitted on new manifolds from Murray’s Carbs. The opposite end of the heads were then re-fitted with the tidied up stock headers, flowing into a much more open pair of Cone Engineering shorty exhausts, the pipes were then wrapped.

The completed bike was accepted for display at the 2017 Handbuilt Motorcycle Show in Texas, an annual show put on by the talented team at Revival Cycles. The Honda was well received and the two men have already started work on their next build – a Kawasaki ZRX1100R that’s currently sitting in the corner of Jeremy’s workshop waiting for some attention.

If you like the look of this minimalist CX500 street scrambler I have good news for you, DownShift Studio currently have it up for sale to help fund their next projects. If you’d like to read more or enquire after the bike you can click here to visit DownShift Studio. 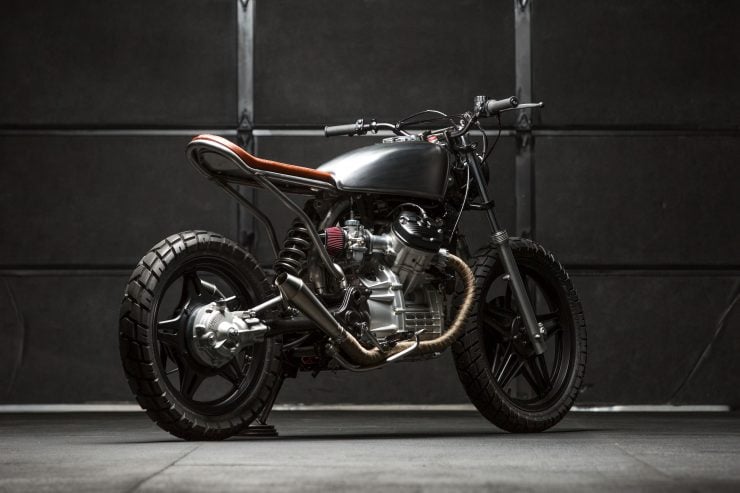 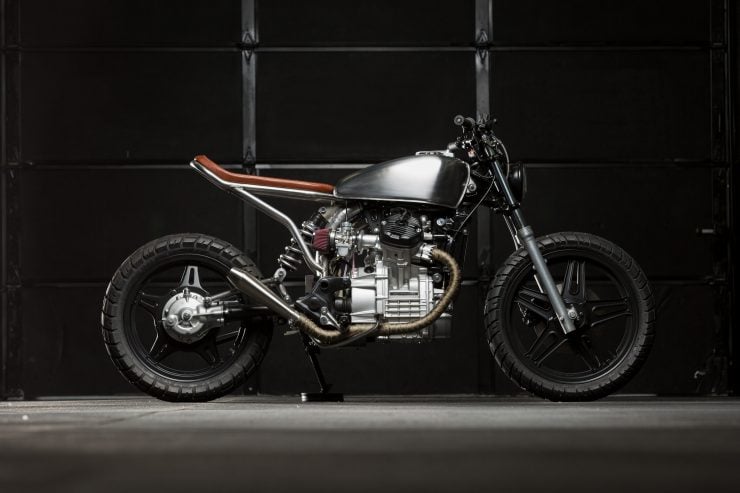 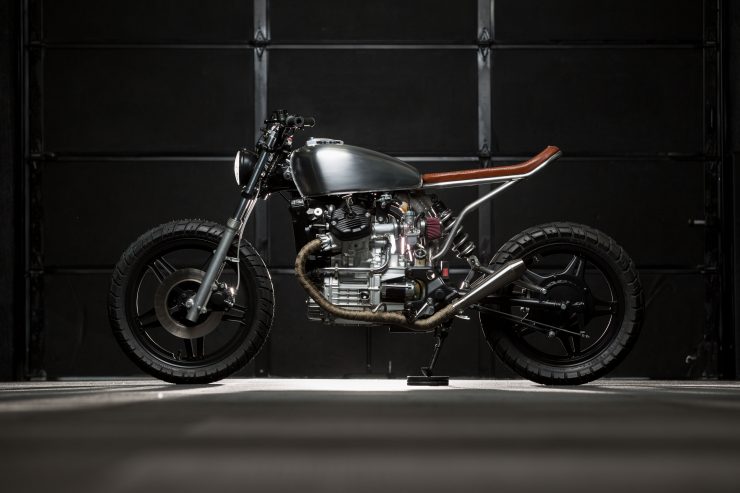 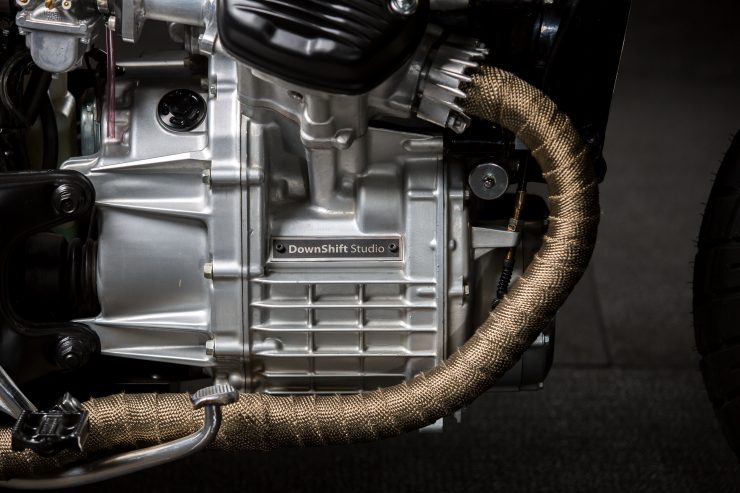 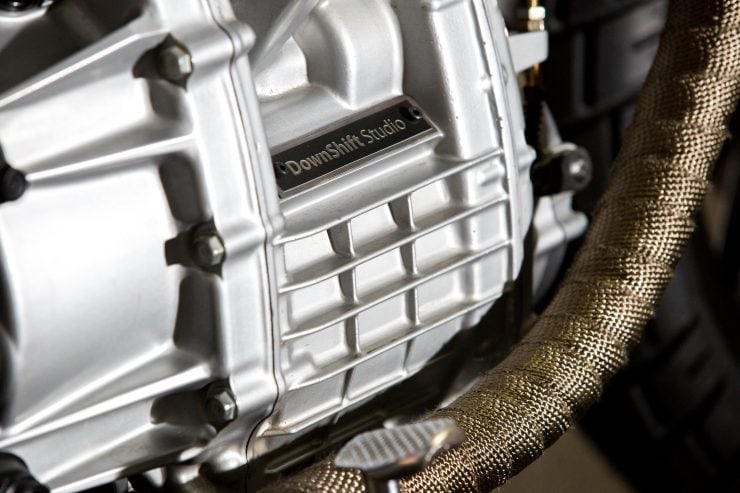 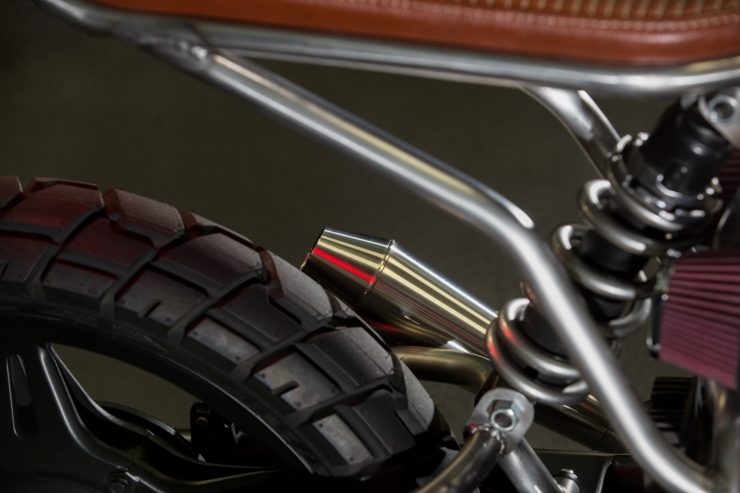 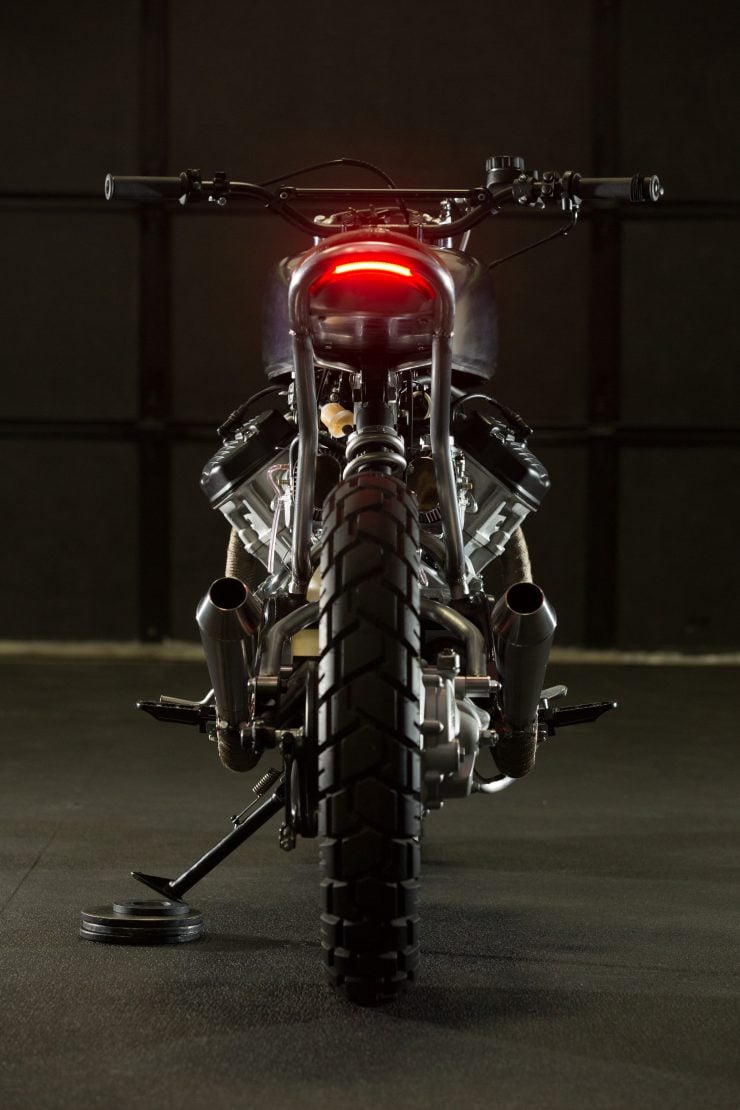 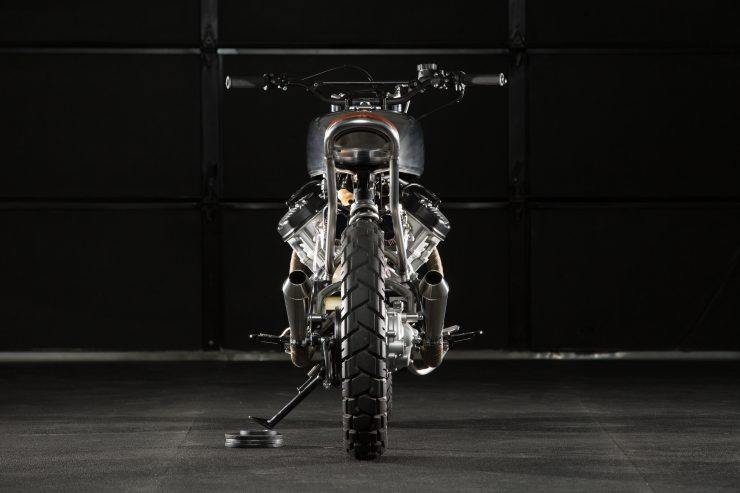 All images by Scott Brayshaw 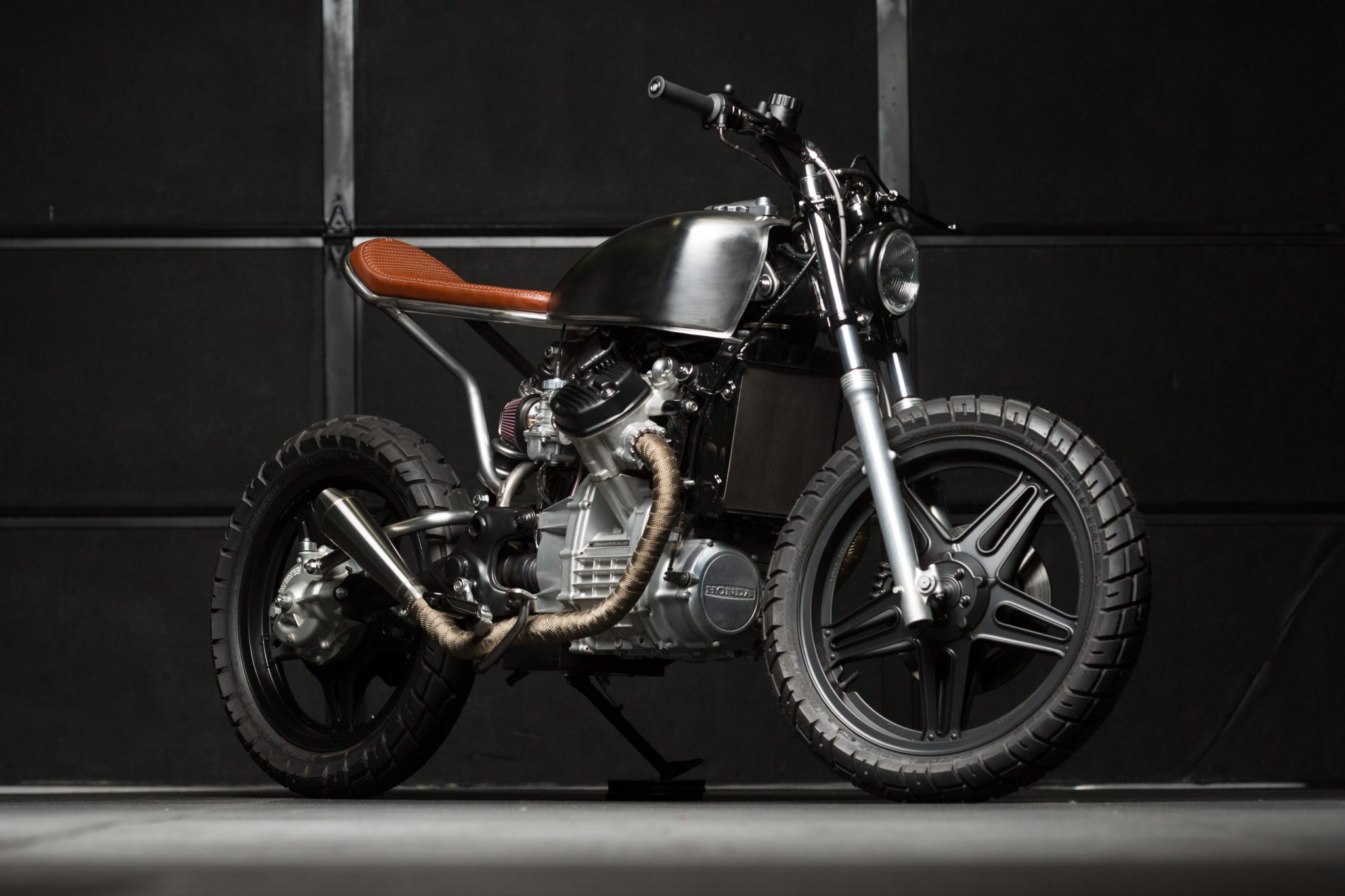