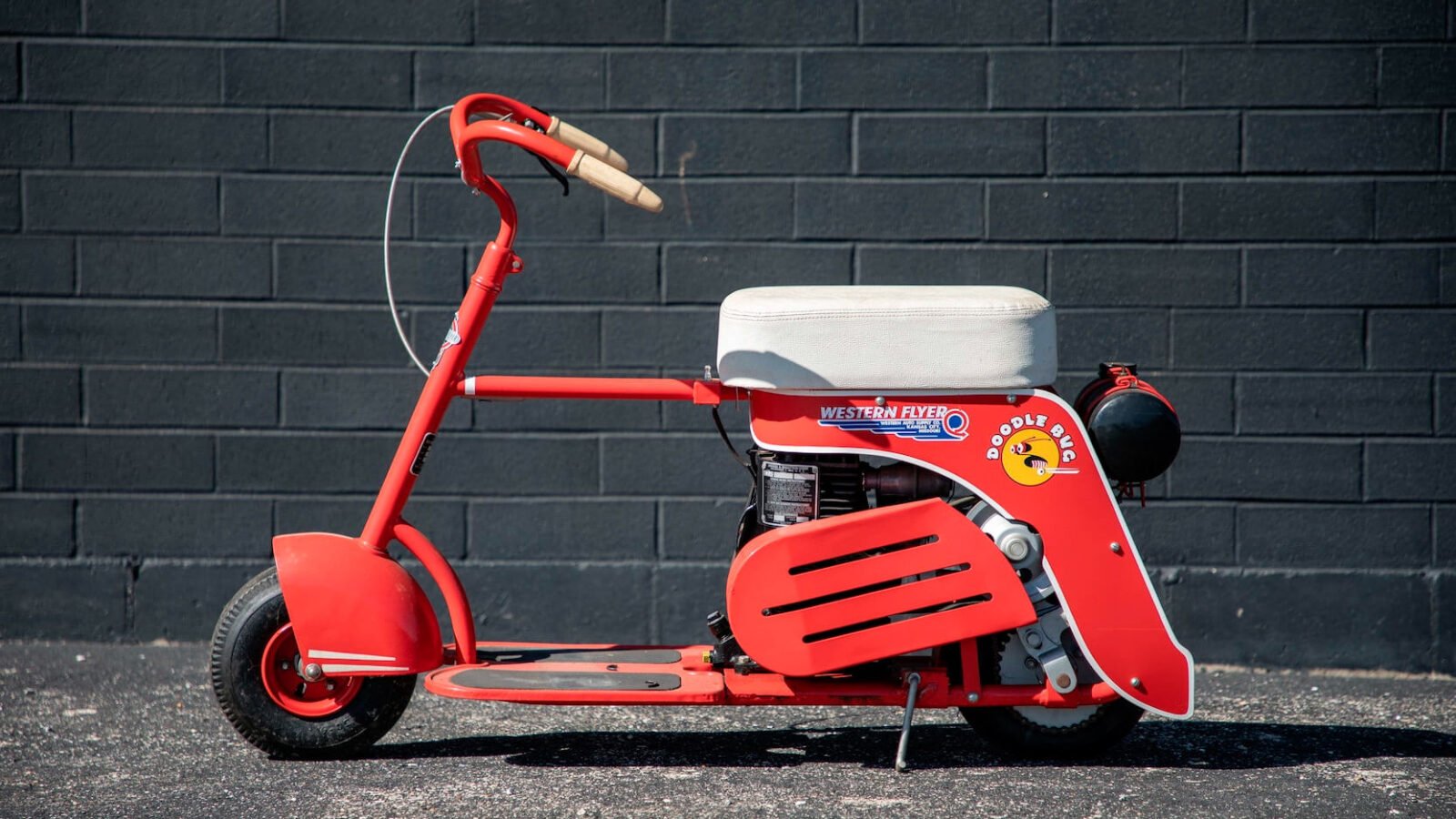 The Doodle Bug was an American scooter that was built in the late 1940s and largely targeted at teens and those too young for a motorcycle. That said, the Doodle Bug could be made 100% road legal using aftermarket kits to add the required headlight and taillight – though it’s not known how many were converted.

In the post-WWII world there was a surge in demand for inexpensive motor vehicles due to economic austerity measures. It’s a time that gave rise to iconic scooters like the Vespa and Lambretta, and over in the United States the Doodle Bug and Cushman scooters appeared.

The benefits of these scooters when compared to full size motorcycles were clear, though they were obviously not as fast they were vastly cheaper to buy, easier to ride, and they were less expensive to operate.

Scooters like the Doodle Bug offered the first real taste of motorized freedom to an entire generation of Americans, many of whom would spend the rest of their lives chasing the innocent thrills they had on the scooters of their youth. 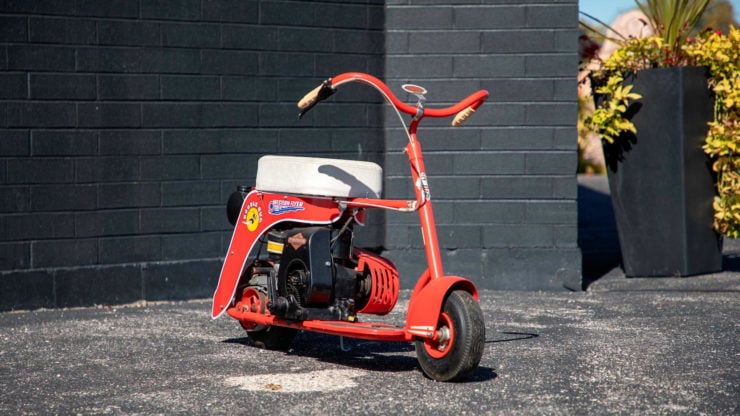 Above Image: The Doodle Bug Scooter has a simple tubular steel frame and a Briggs & Stratton NP engine.

The Doodle Bug was developed by the Beam Manufacturing Company in Webster City, Iowa to be sold by the Gambles department store chain. Gambles wanted to compete with the popular Cushman scooters being sold by Sears, which were selling in the tens of thousands.

Engineers at the Beam Manufacturing Company developed a simple tubular steel frame with the engine in the rear under the seat.

The rider’s feet rest on a flat steel platform in typical scooter style, the fuel tank is mounted in the back behind the seat, and there is now suspension save for that provided by the tire’s sidewalls. 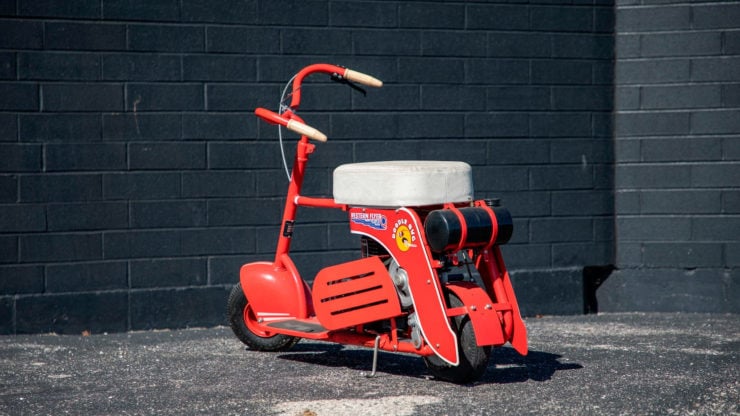 Above Image: The scooter has a thickly padded seat in lieu of suspension and a small rear-mounted fuel tank.

The Briggs & Stratton NP engine was a very simple 4-stroke, side-valve, single-cylinder engine that was capable of up to 1.5 hp. The NP engine was used in a vast array of applications, and it proved the Beam Manufacturing Company with an affordable, off the shelf power unit with excellent reliability and parts availability.

Over the course of the 1946 to 1948 production run over 40,000 Doodle Bugs were built, with most being sold as the “Hiawatha Doodle Bug” by Gambles.

Today the scooters have a huge following across the United States, and there’s still an annual Doodle Bug gathering for owners and restorers in Webster City – the place all of the scooters were originally built.

The Doodle Bug you see here is due to roll across the auction block with Mecum in late January, there’s currently no estimate attached to it. If you’d like to read the listing or register to bid you can click here. 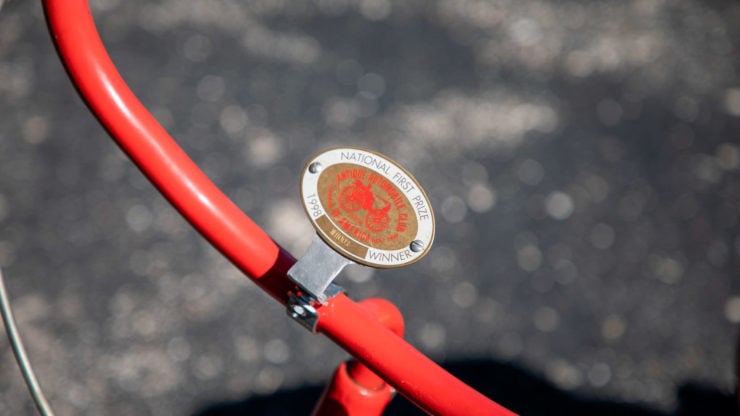 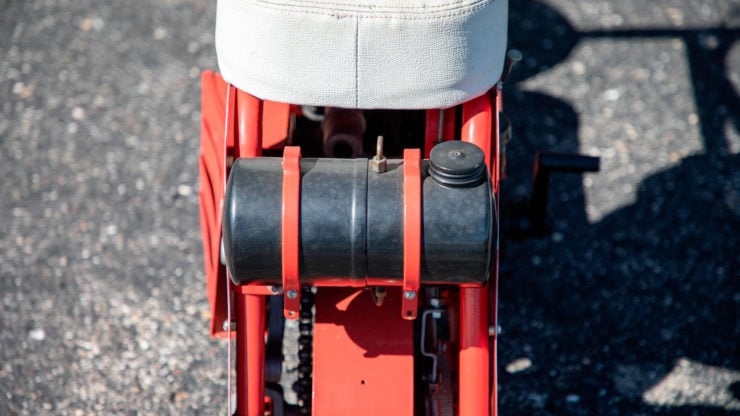 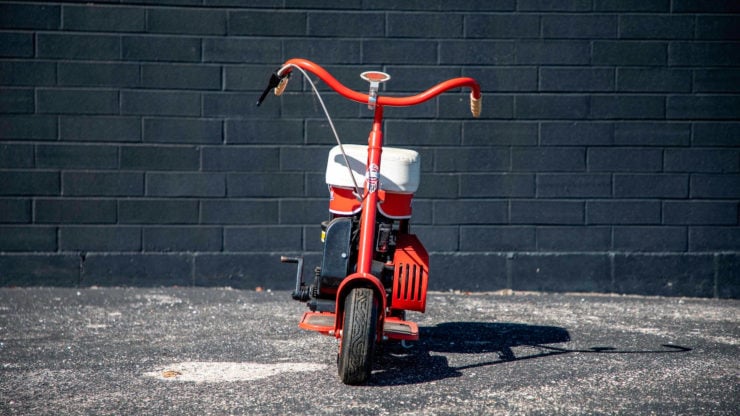 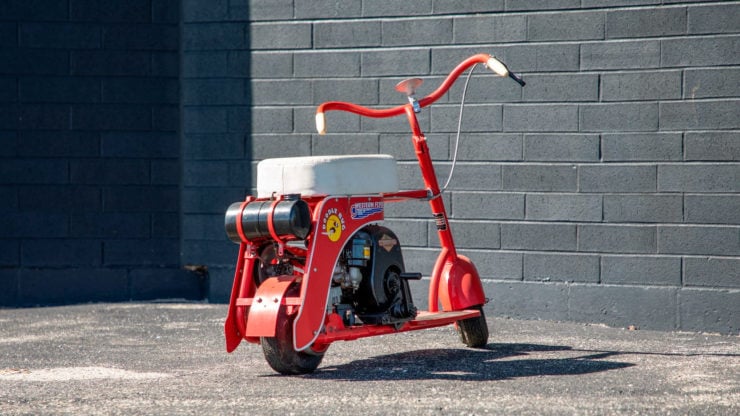 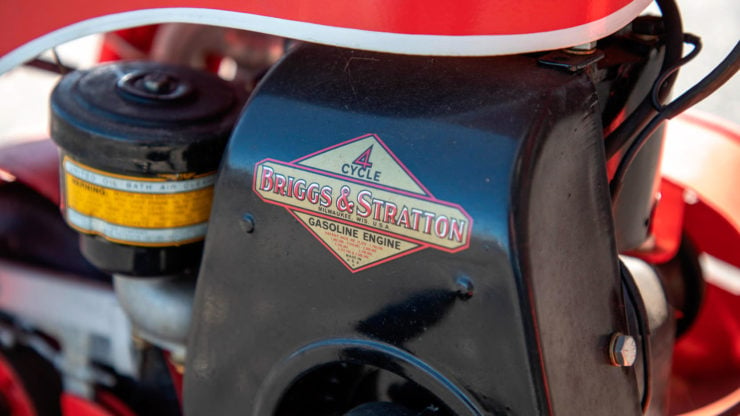 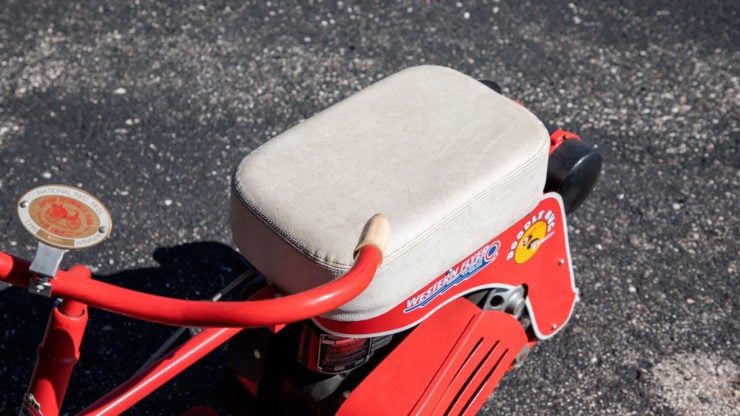 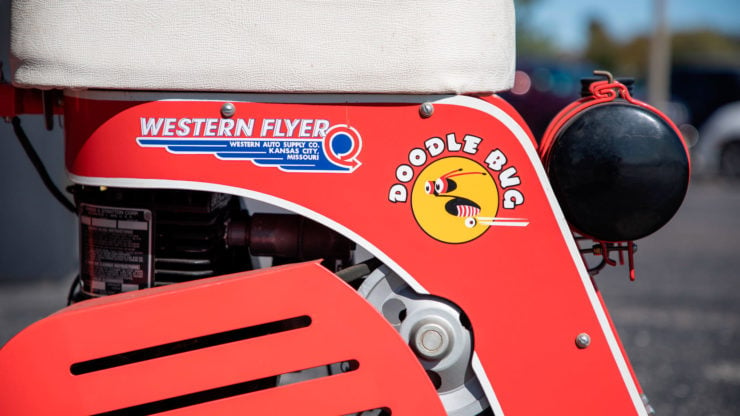 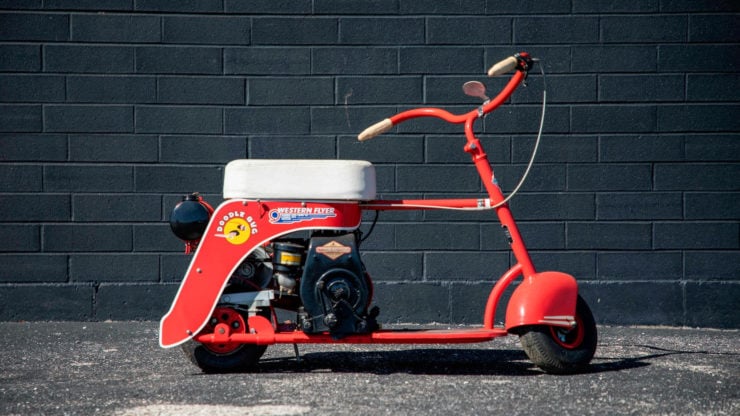 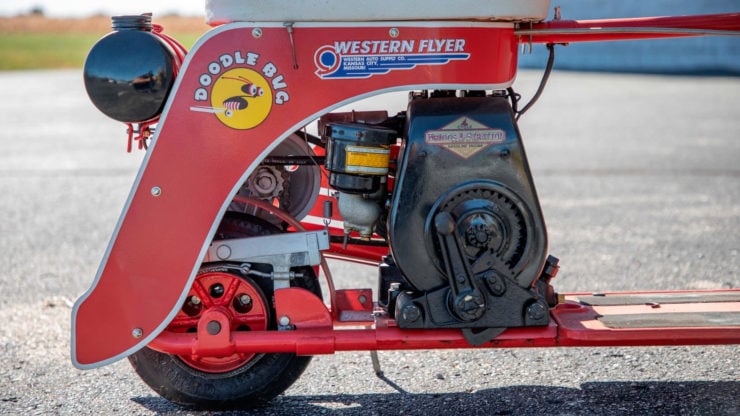 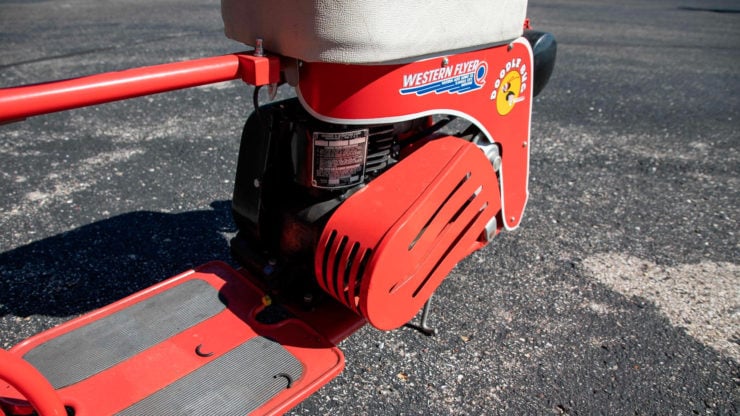 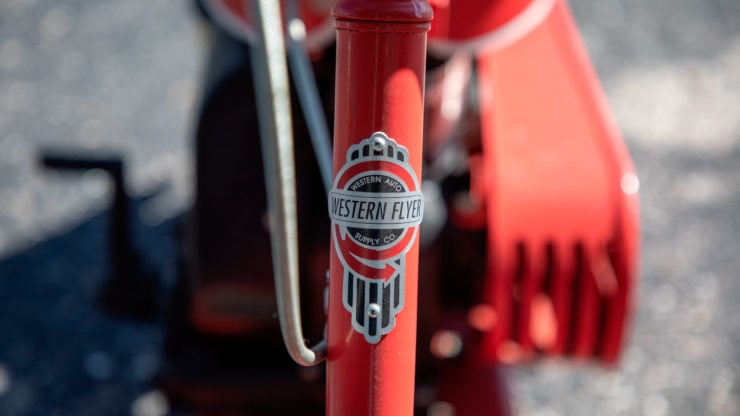 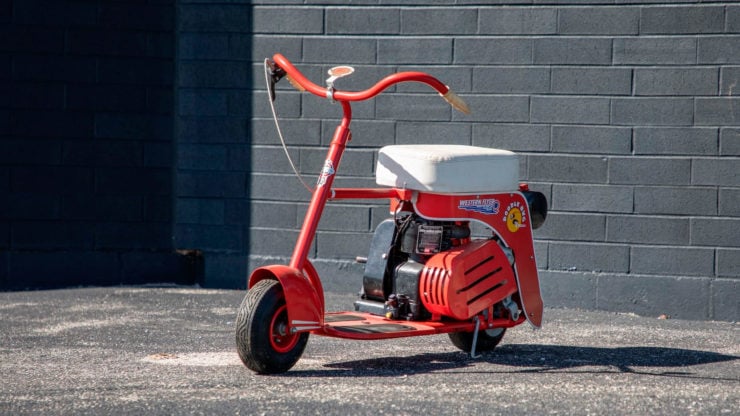