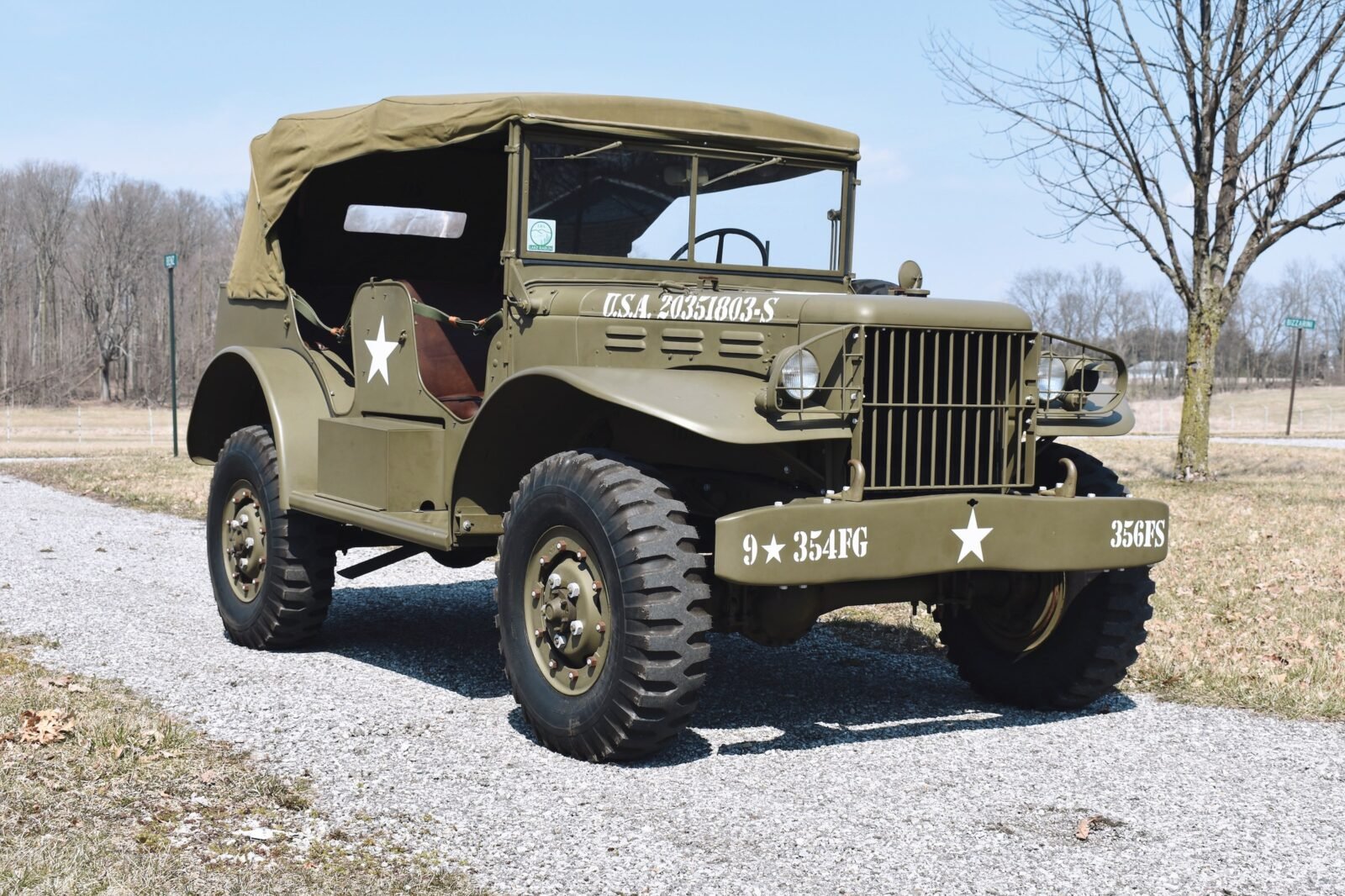 The Dodge WC56 Command Reconnaissance Vehicle was developed on the platform of the Dodge WC Series as a 4×4 to be used by senior officers and reconnaissance personnel, as well as as radio operators with the WC58 variant that had a large radio fitted to the rear.

General Patton and the Dodge WC56

The most famous American to use the WC56 during WWII was General Patton, he quickly became known among allied troops for his love of the Dodge.

He went so far to have a custom one built for himself in England that had a winch, front mounted armor plate, a ½ inch steal amour plate under the floor to protect against landmines, and he had a .50 caliber heavy machine gun installed so that if targeted by aircraft he could effectively return fire.

General Patton was a strong believer that his troops needed to see him and hear his voice with their own ears, so he travelled extensively in his WC56, and would use it as a mobile platform from which to give speeches. 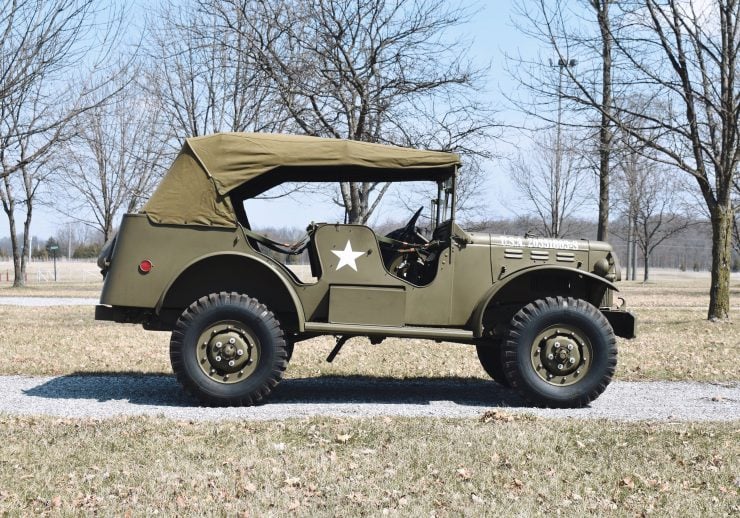 In essence, the Dodge WC56 (also known as the Command Car) was a Jeep on steroids. They are powered by liquid-cooled, straight-6 Chrysler flathead petrol engines, with a 4-speed manual transmission, a single-range transfer-case with part-time four-wheel drive, solid axles on leaf springs front and back, and a kerb weight in excess of 5,330 lbs.

The Chrysler straight-6 had varying capacities ranging from 217 to 241 cubic inches, and approximately 90-100 bhp at 3,000 rpm, with 150 – 180 ft-lbs of torque. These figures are low by modern standards, but the WC56 needed to be able to operate on very low octane gasoline, and it didn’t need to move fast – just reliably.

Due to the size and distinctive profile of the Command Car it became a popular target with snipers, enemy aircraft, and other Axis forces. They knew that the WC56 was likely carrying either senior officers or radio reconnaissance teams, both of which were valuable targets.

As a result of this, the Command Car was discontinued in 1944 after 21,156 had been built. The vehicles that have survived to the modern day now prove popular with enthusiasts and collectors due to their association with General Patton, as well as their own history from the Second World War. They also make highly-capable off-road vehicles and a solid platform for a .50 caliber heavy machine gun – though you may struggle to explain that last item to your local constabulary. 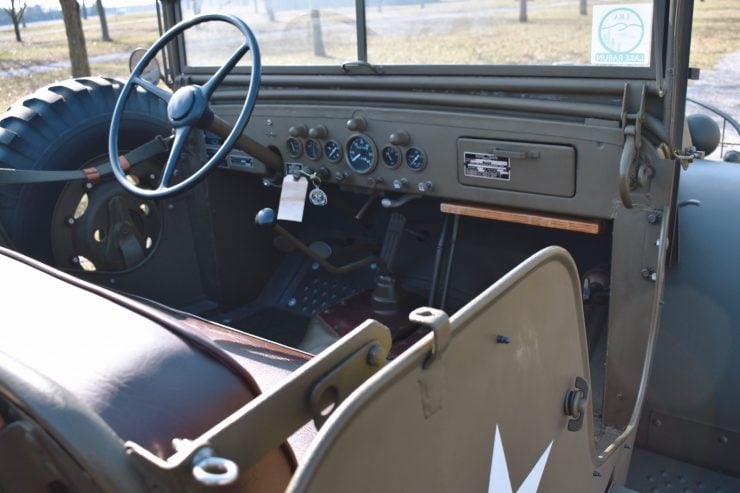 The WC56 you see here had a frame-off rebuild a few years ago, it now presents as it did during WWII with all of the appropriate stencils and accessories. It has a correct folding canvas soft top, a nicely detailed interior, and a brass fire extinguisher mounted in the passenger footwell.

If you’d like to read more about this car or register to bid you can click here to visit the listing on RM Sotheby’s, it currently has an estimated hammer price of $60,000 to $80,000 USD, and it will be sold at the Auburn Spring Auction on the 12th of May. 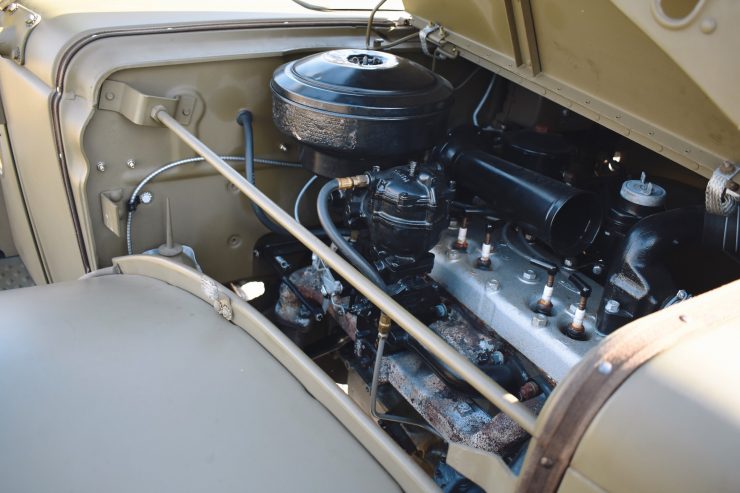 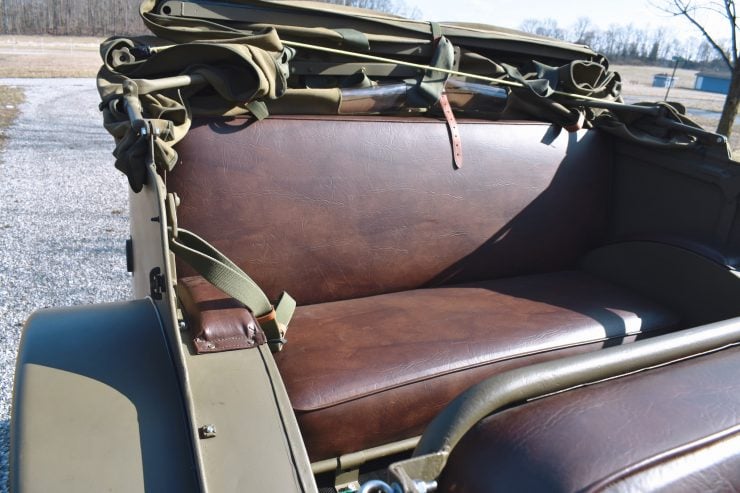 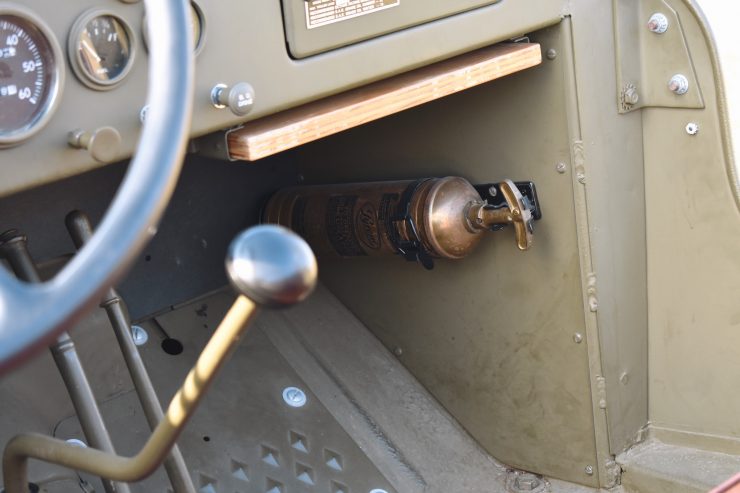 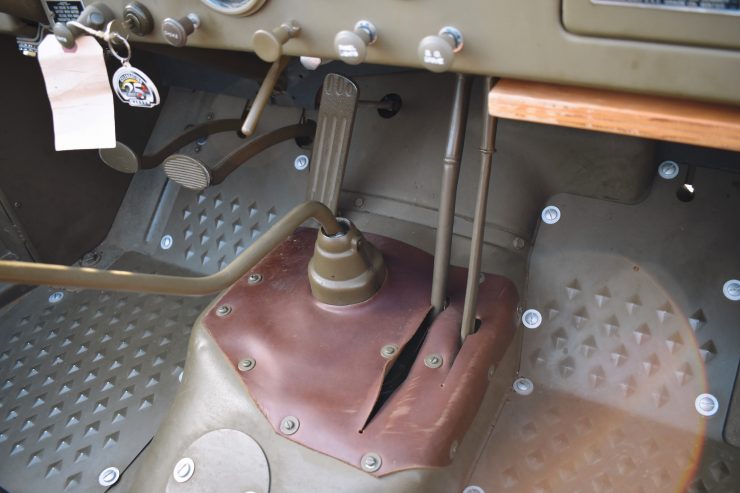 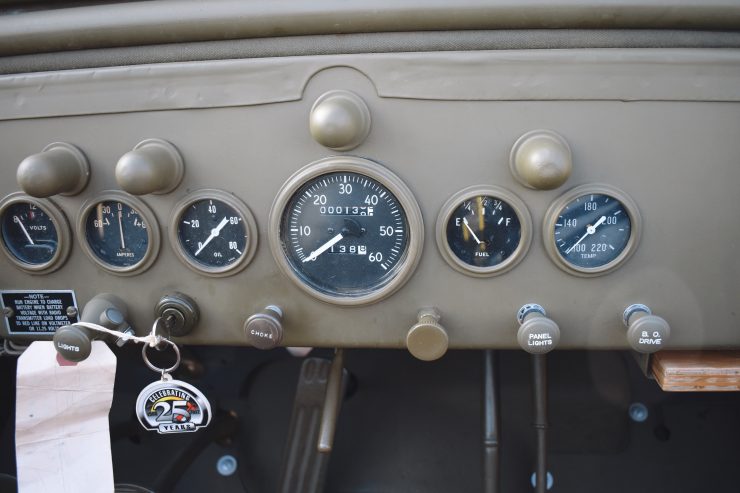 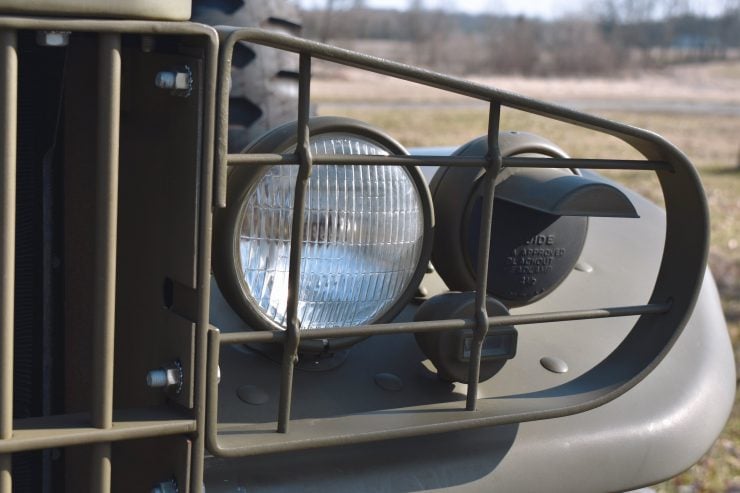 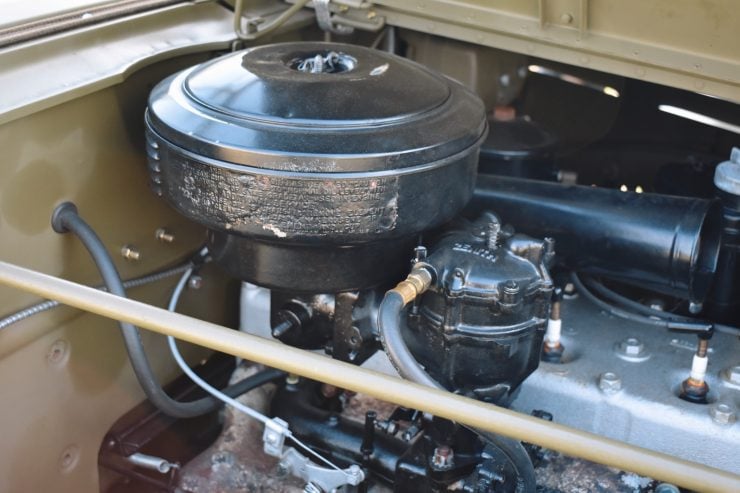 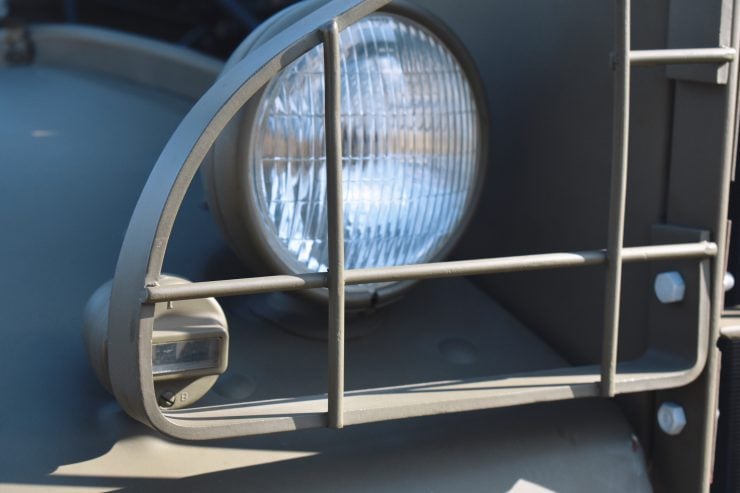 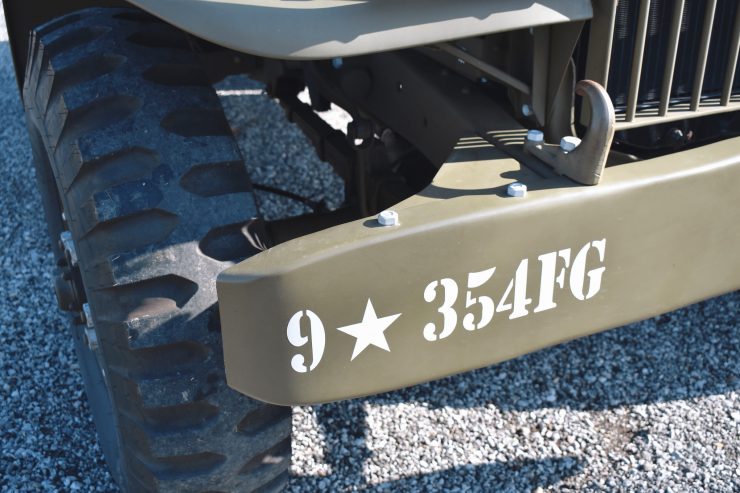 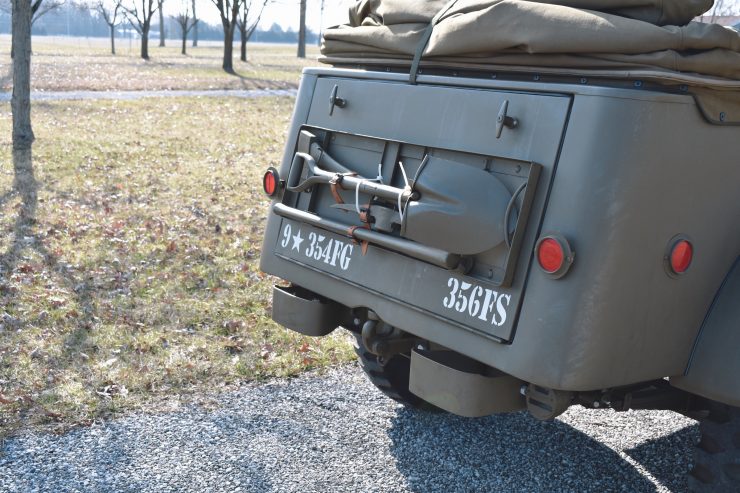 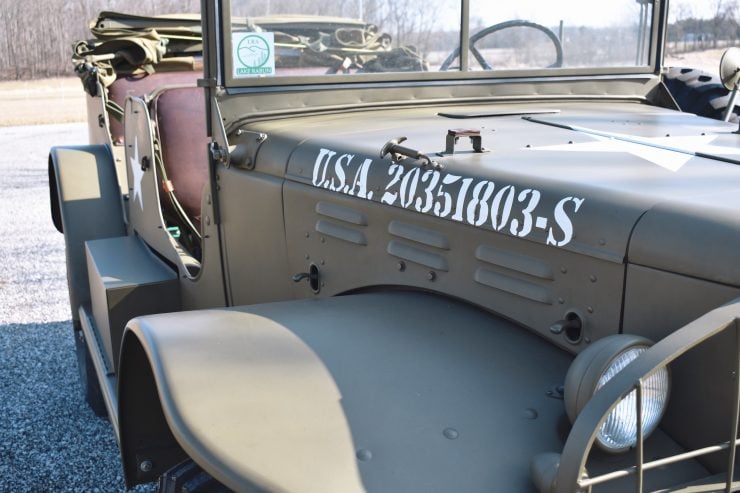 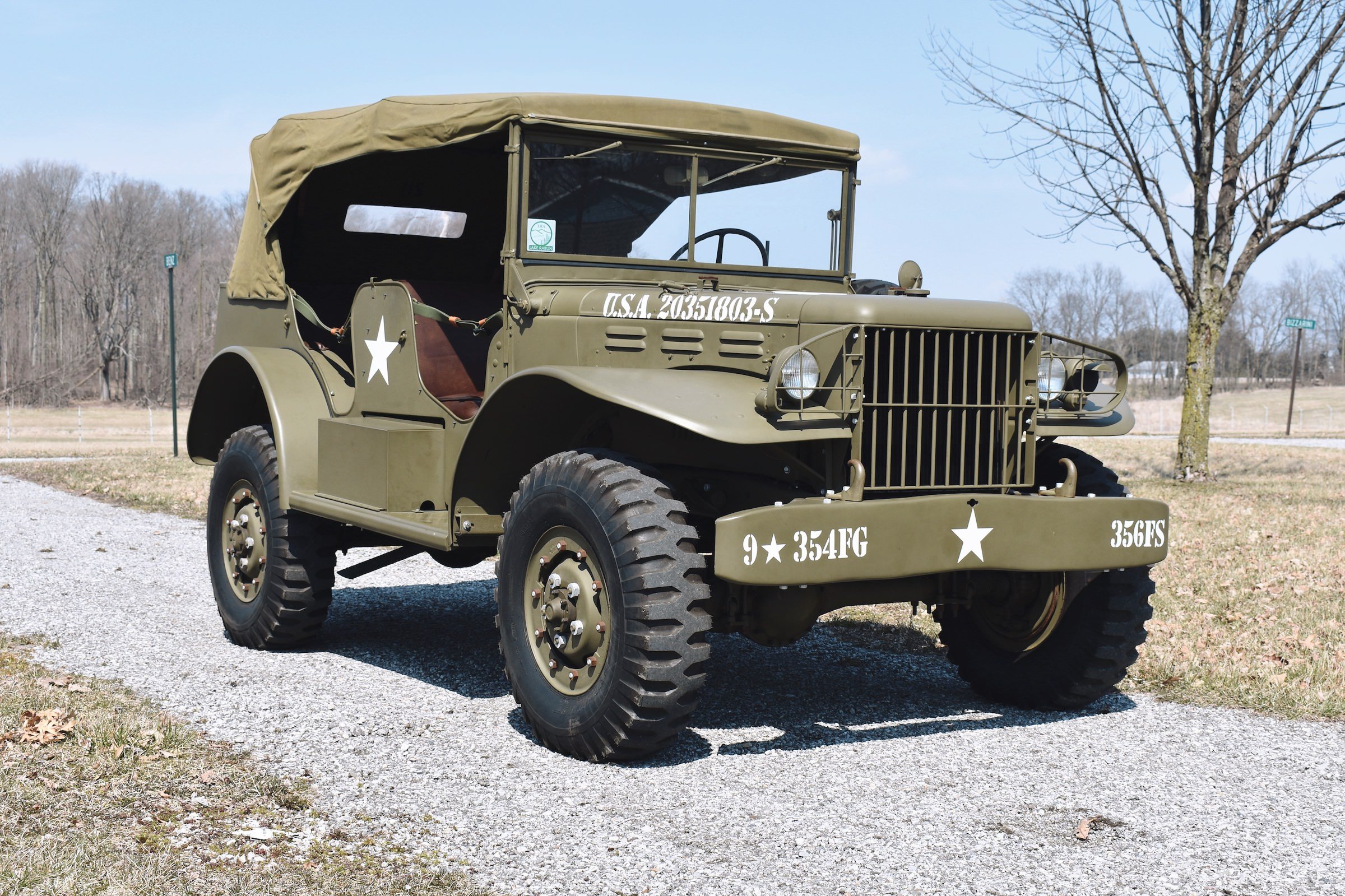