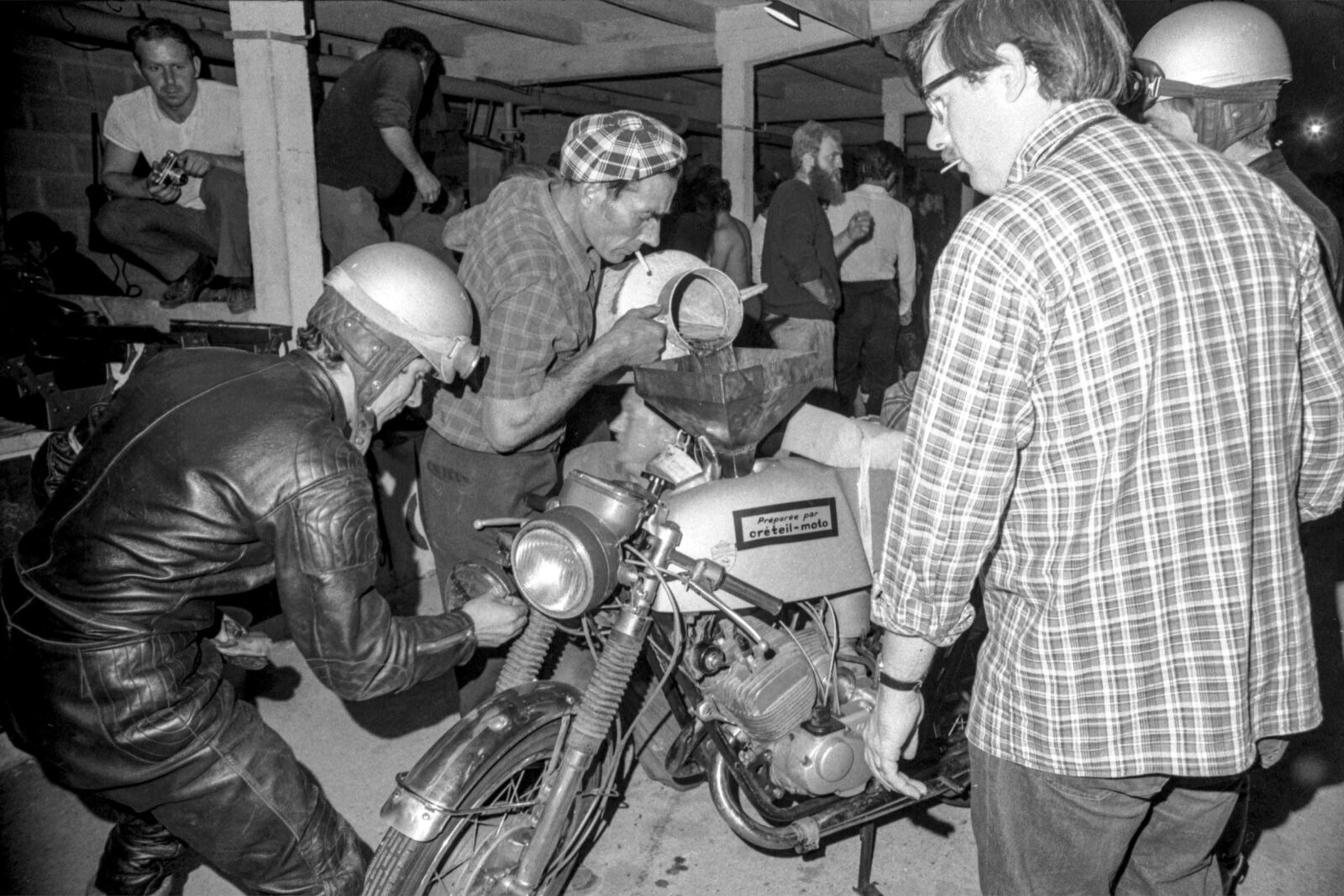 This famous photograph by Michel Monteange shows the pit crew of the Gauthier and Schaller team at the 1969 Bol d’Or endurance motorcycle race held at the Autodrome de Linas-Montlhéry just outside of Paris.

The most immediately noticeable element in the image is the cigarette hanging from the mouth of the no-nonsense chap in the tartan beret pouring the fuel from an old milk jug. The proximity of the cigarette to the petrol has raised many an eyebrow over the years, and it would likely result in the entire scene being blasted with fire extinguishers in any modern pitlane.

The original photographer, Michel Monteange, has partnered with Sails & Rods to produce a very limited edition run of prints of this photograph. Just 50 will be made from the original negative, and you can order sizes from 20x30cm up to 80x120cm. 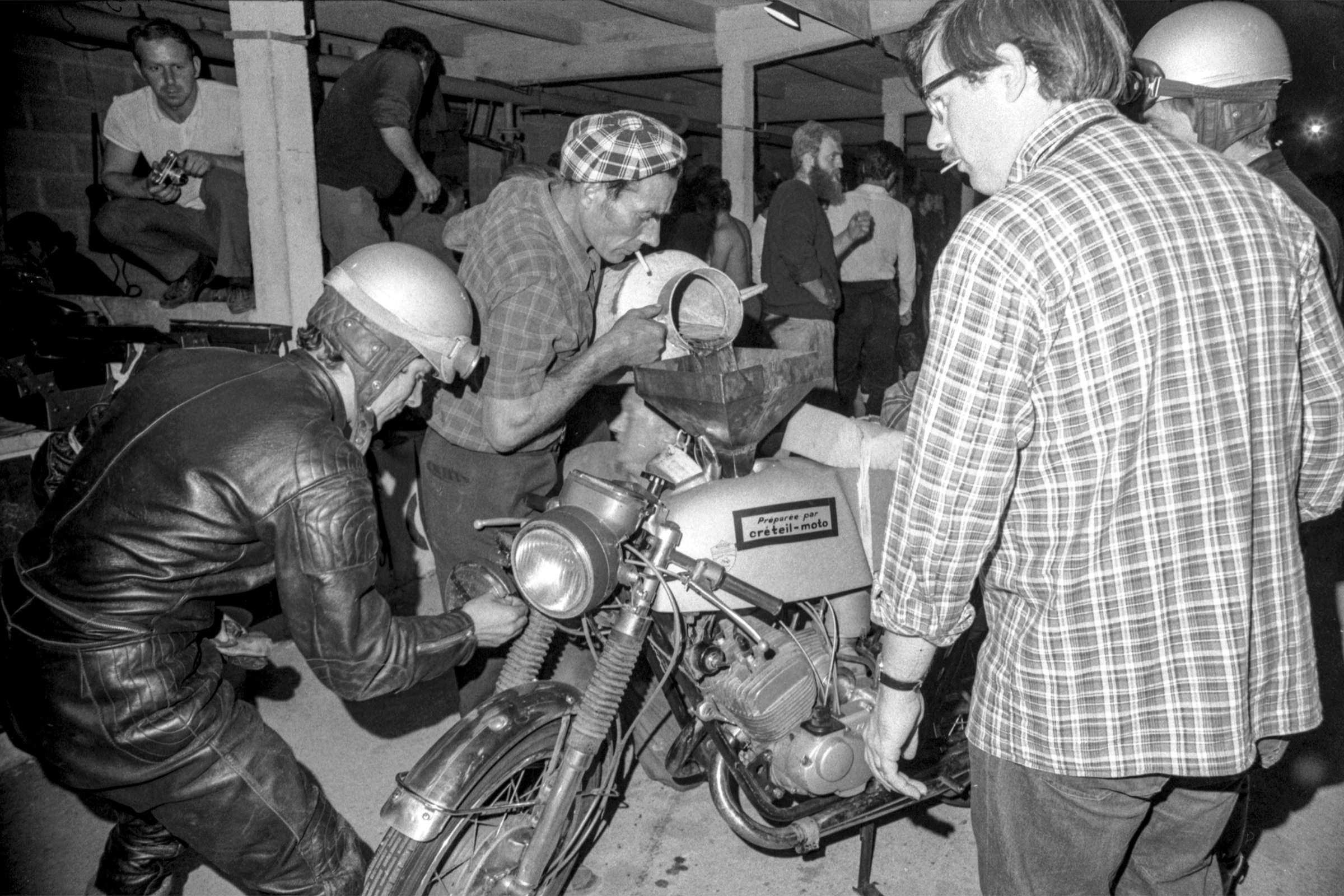 Published by Ben Branch - May 18th 2018
Related Posts
1:1 Scale Porsche 917ATR Sculptures – From After The Race