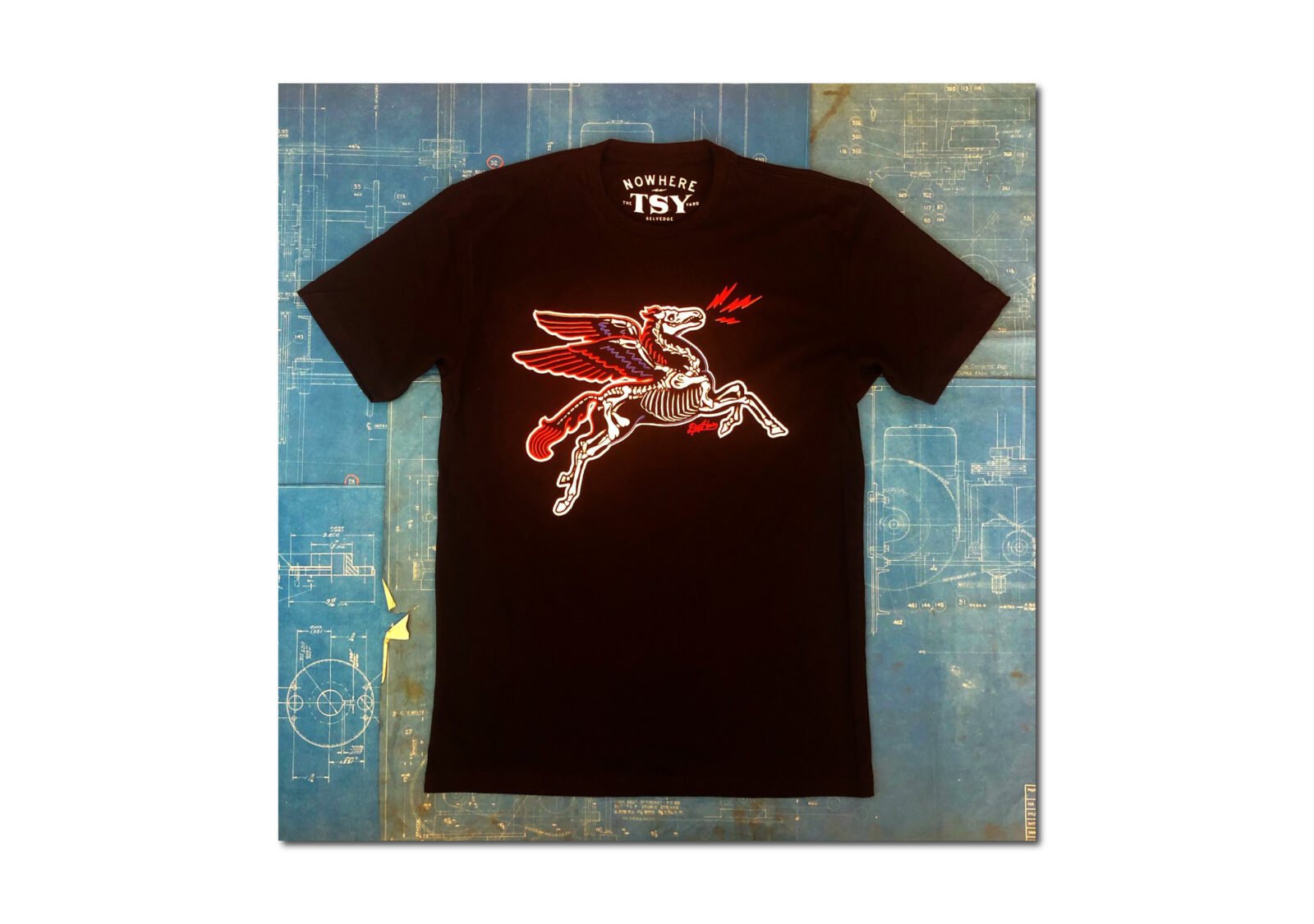 This is the new Death Pegasus t-shirt by The Selvedge Yard with art by Devyn Haas of Nowhere Fast.

If you’re a regular Silodrome reader you’ve almost certainly already heard of The Selvedge Yard already, the website was founded back in 2009 and in the years since it’s amassed over 50 million visitors.

The Selvedge Yard, or TSY for short, explains that it celebrates cultural icons in the world of motorcycles, muscle cars, rock and roll, cinema, Kustom Kulture, Americana, photography, art, design, menswear, style, literature, and adventure. All of this is shared with a distinctly gasoline-scented edge, and for the past few years they’ve also created a line of t-shirts with entirely unique designs that have proven wildly popular.

The Death Pegasus t-shirt was designed by celebrated artist and graphic designer Devyn Haas, he’s man behind Nowhere Fast and he has an expansive portfolio containing a wide array of work.

Death Pegasus is characteristic of Haas’ style it’s a dissection of the of famous old Mobil Oil Pegasus logo – a logo that has graced the side of some of the most significant race cars of the 20th century.

The shirt comes in three sizes and it uses a water-based ink for the print of the Death Pegasus, each is hand-screened onto on black 100% cotton t-shirts.