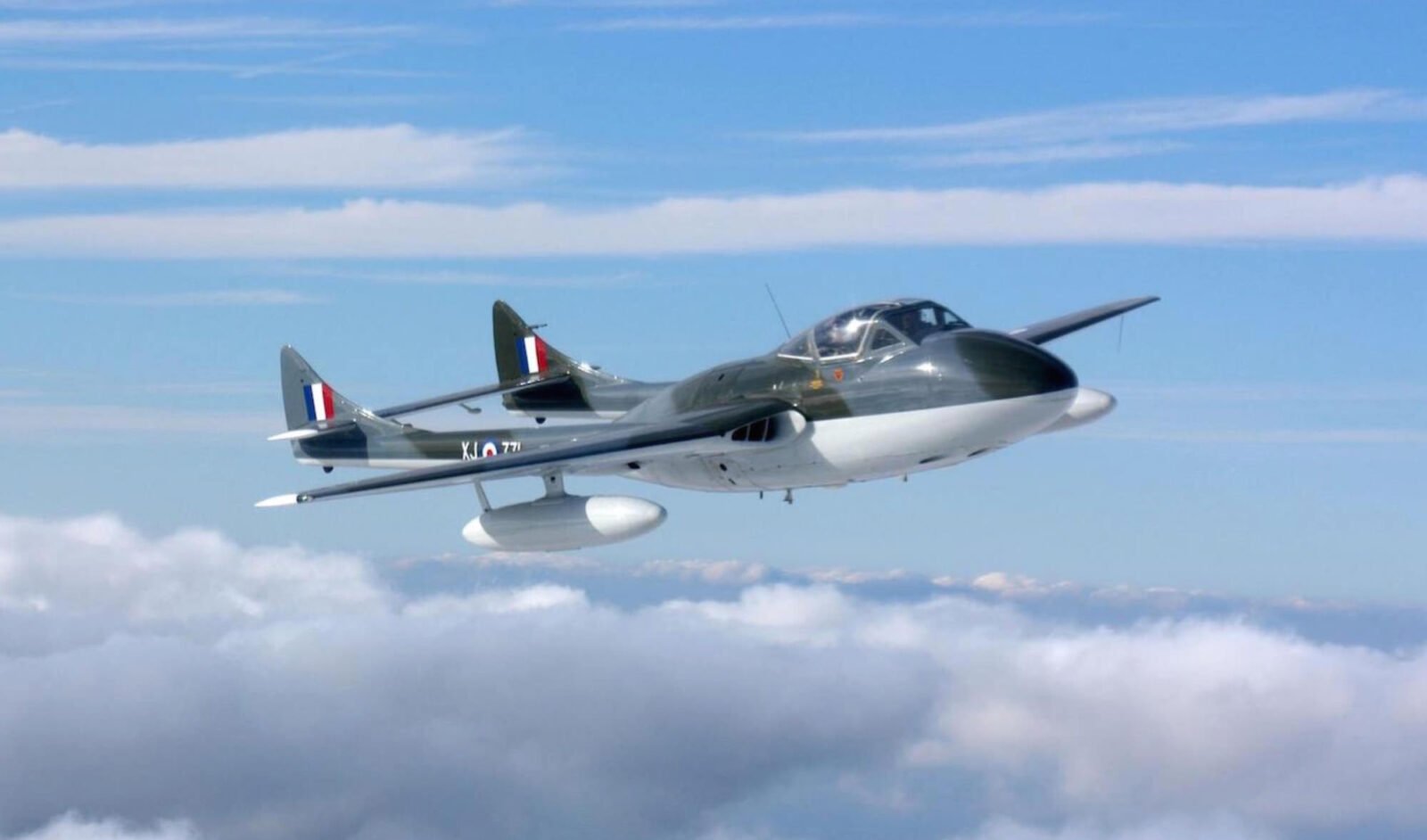 In 1942 during some of the heaviest fighting of the Second World War a team of engineers at de Havilland were hard at work developing a jet-powered aircraft that they hoped would help turn the tide of the war and bring an end to the bloodshed.

The jet engine had only been invented 5 years earlier by British engineer Frank Whittle and much to his chagrin, the RAF had seen his first design as being too complex and unpractical. During early testing of the first prototype the team were flummoxed by the fact that the engine would continue accelerating even after the fuel had been shut off – defying the first law of thermodynamics and leaving the engineers baffled until they discovered that fuel had been leaking into the engine and formed pools that would keep the engine running until it all burnt away.

By the early ’40s the turbojet had been embraced by the RAF and world-renowned engine designer Frank Halford was hard at work developing a simplified version of the prototype created by Whittle. The resulting engine was originally known at the H.1 but would later be renamed the Goblin, and this would be the engine that de Havilland would choose for their first jet – the Vampire.

The first prototype of the Vampire had an all aluminium airframe but this proved to be impractical due to the scarcity of materials during the war thanks to the German Uboats patrolling the North Atlantic. The designers at de Havilland decided to forgo the use of aluminium as much as possible when developing the second iteration of the Vampire’s airframe and instead chose to use moulded plywood under guidance from the Ministry of Defence. The airframe was then clad in an aluminium skin and the engine was placed in the rear of the fuselage (with ample heat shielding).

The first flight of the Vampire took place on the 20th of September 1943, the test pilot was Geoffrey de Havilland Jr, son of the company’s founder and one of the most naturally talented airmen of the war.

Despite the best efforts of the deHavilland engineers, the production-ready Vampire Mk 1 wasn’t ready until April 1945 – a matter of days before the surrender of German forces and the end of hostilities in Europe.

Despite missing the action of WWII the de Havilland Vampire would go on to become one of the most important of all the early jets. It was the first jet to ever land and take off from an aircraft carrier, piloted by none other than Captain Eric “Winkle” Brown, it would also be the first jet to cross the Atlantic, and in 1948 it set the new world altitude record of 59,446 ft.

Today there are very few de Havilland Vampires still in airworthy condition, in fact it’s estimated that there are less than 10 still flying from an original production run of over 3,260. This makes planes like the one you see pictured here exceedingly important from a historical perspective, it’s quite possibly the only chance this decade that warbird enthusiasts will have to buy a flight-ready Vampire.

With an estimated hammer price of between £70,000 and £90,000, it’s not as cost prohibitive as you might imagine, but I would expect that as with any aircraft of this era the real expenses will be encountered when paying for maintenance. If you’d like to read more about the aircraft or register to bid, you can click here. 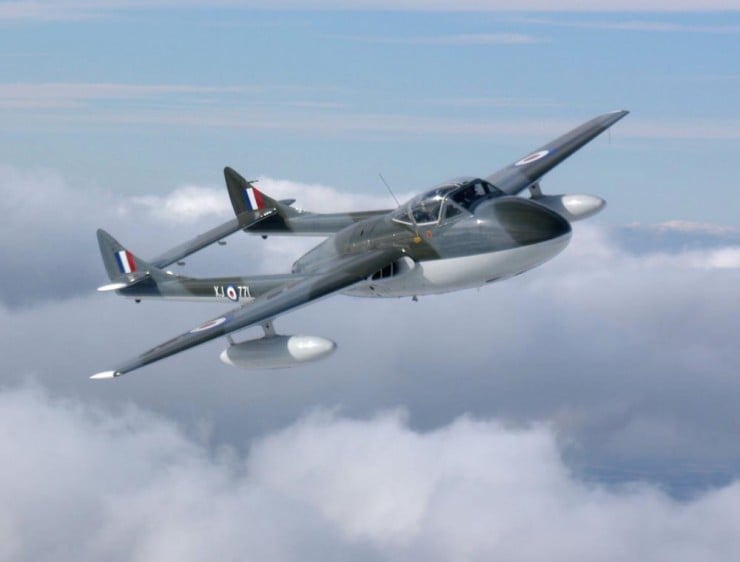 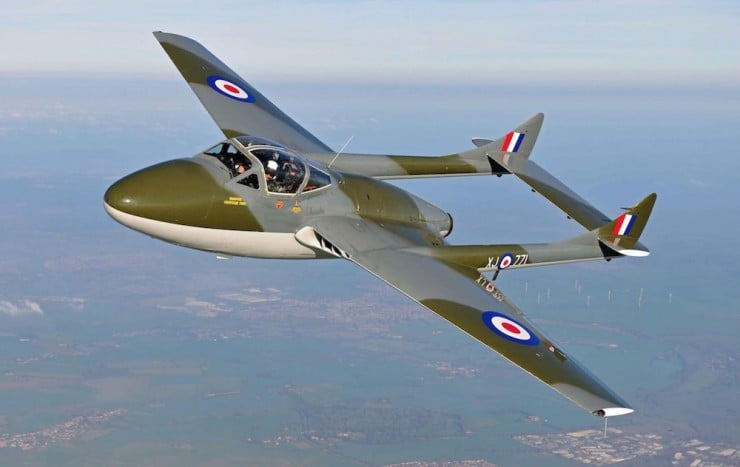 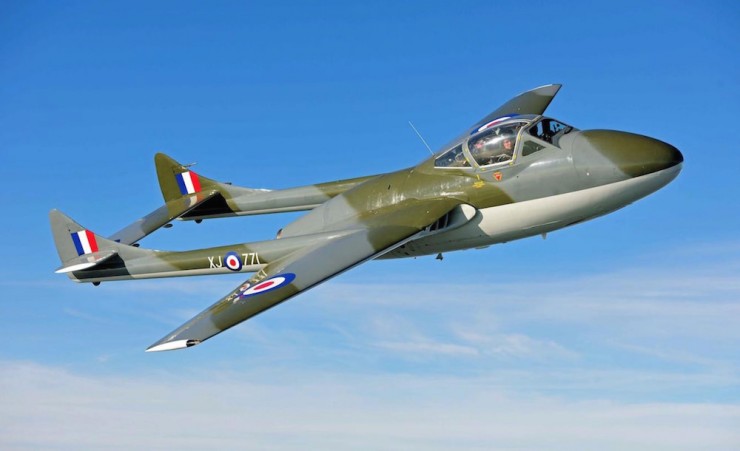 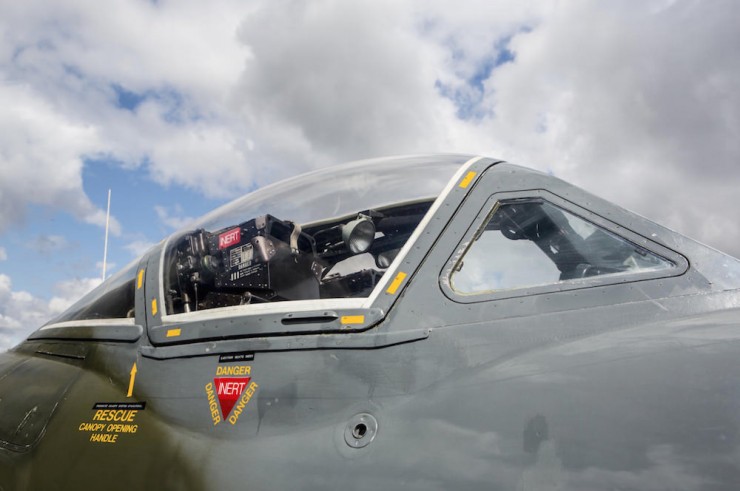 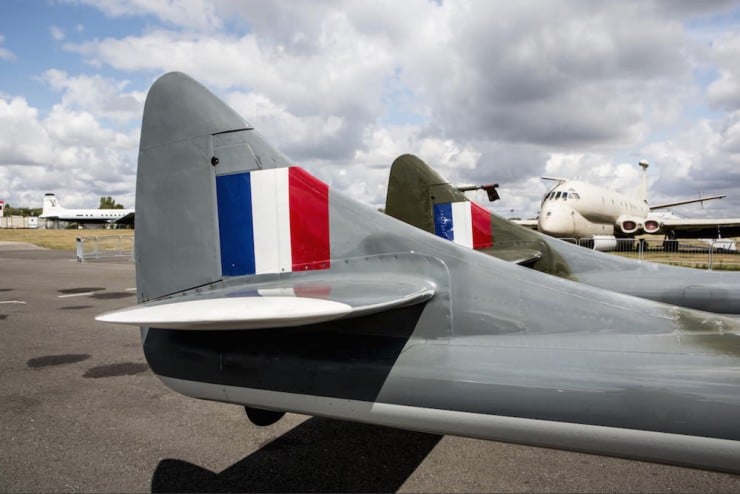 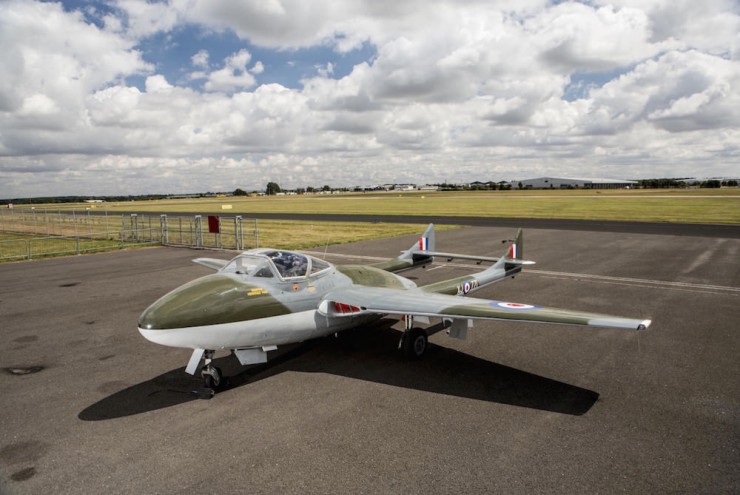 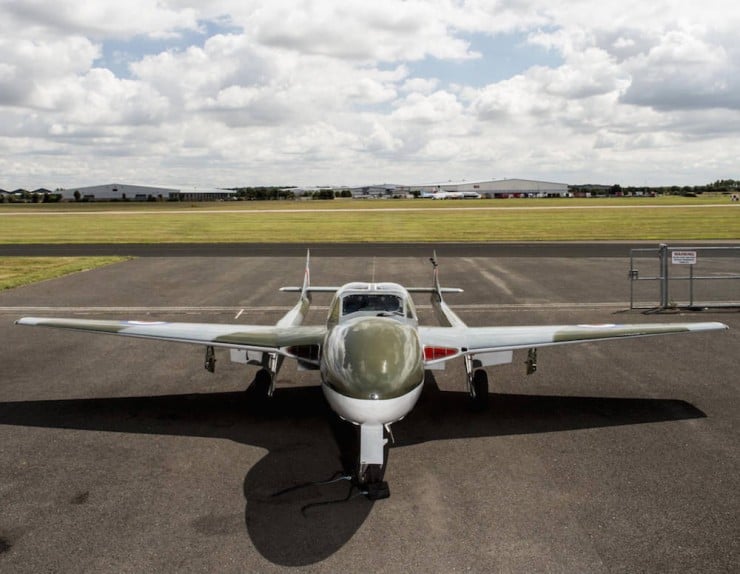 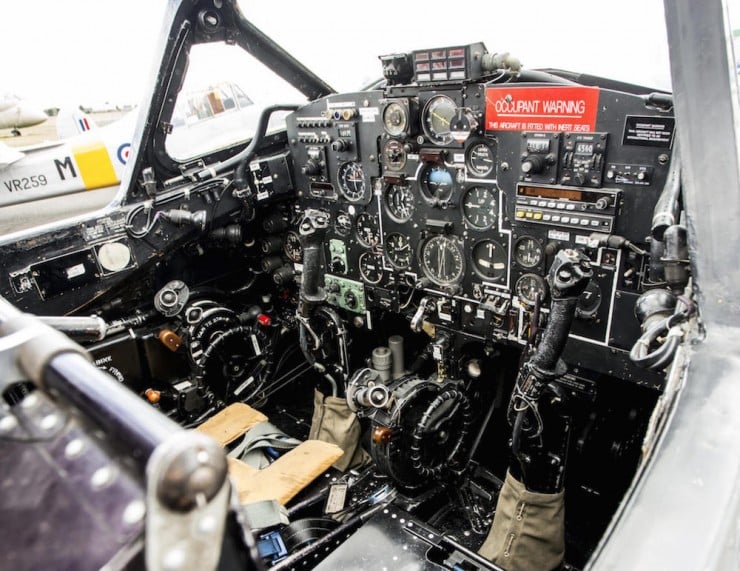 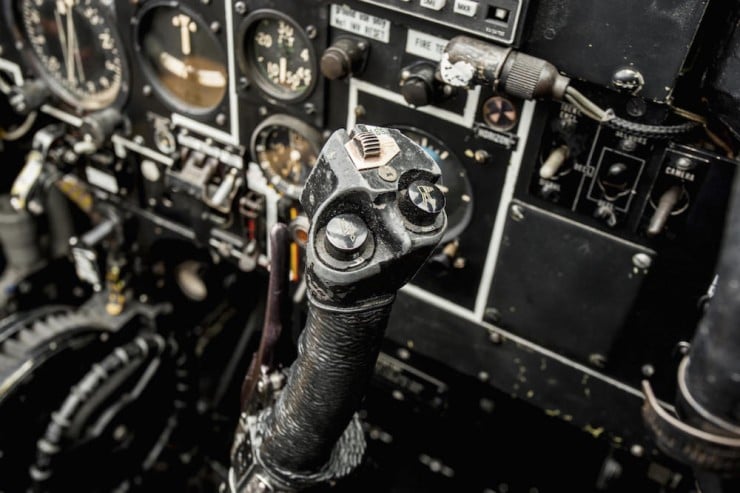 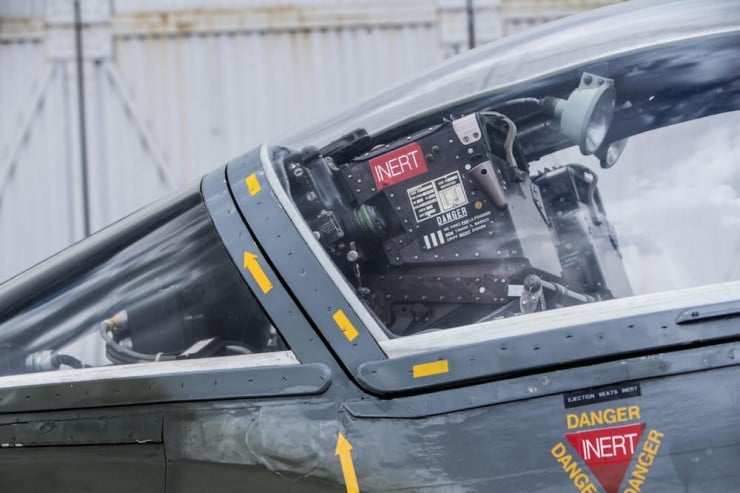 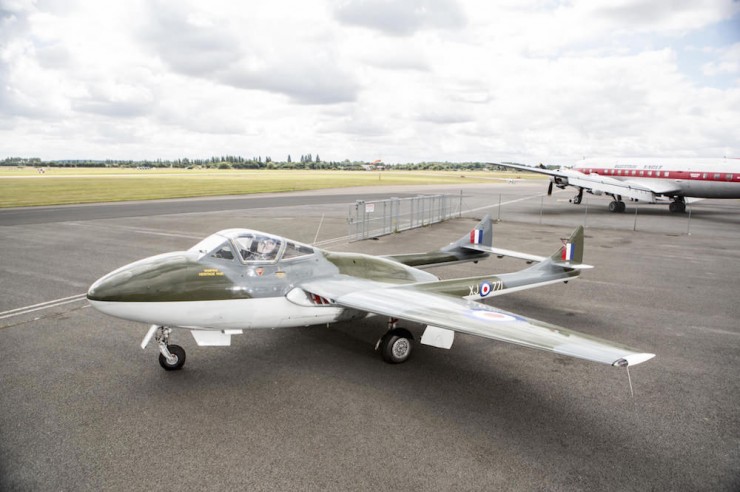 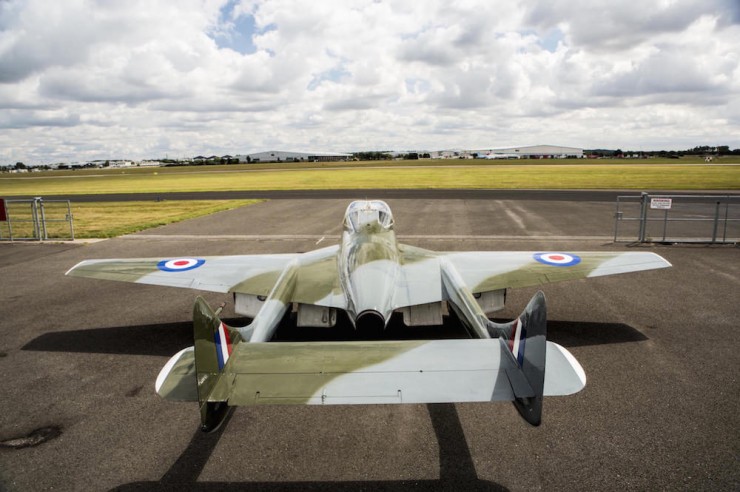 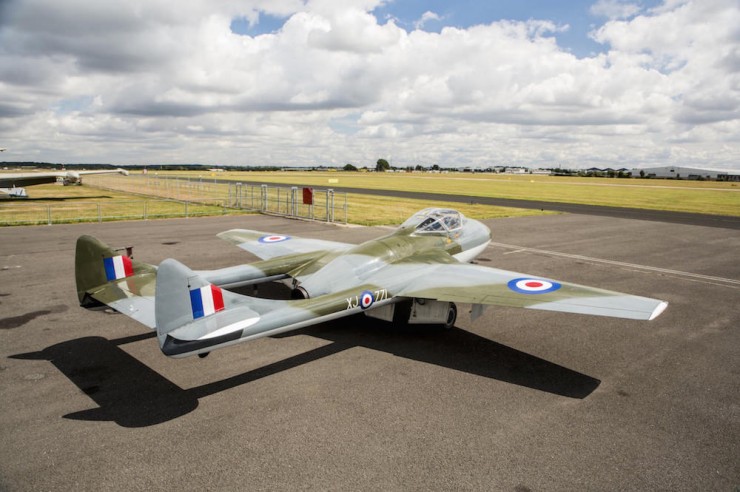 When Land Rover announced that the legendary Defender would cease production in 2016 it caused much angst throughout the motoring world, and no small amount of worry about what the new Defender would be. What…