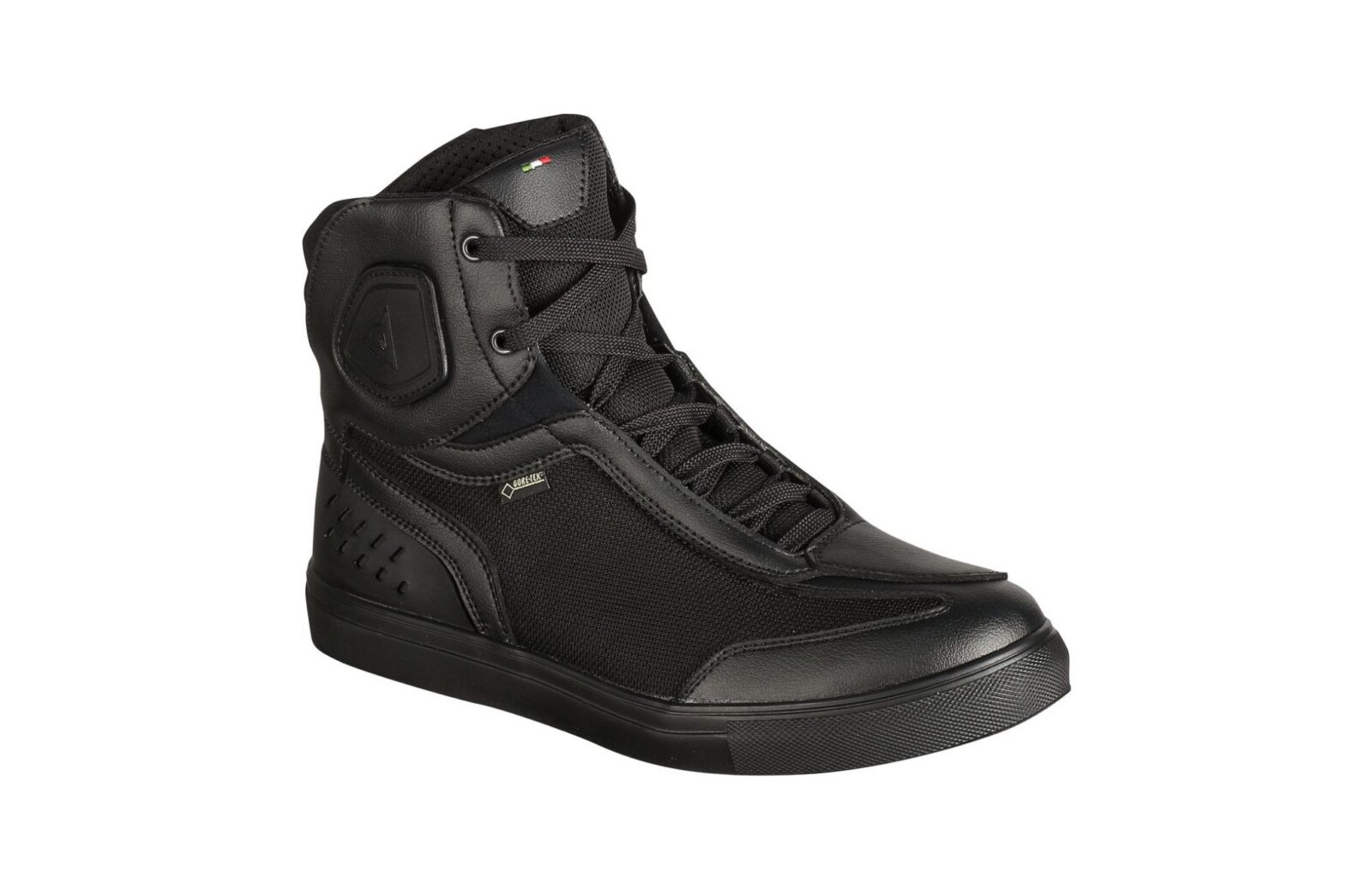 The new Dainese Street Darker Gore-Tex Motorcycle Shoes have been developed by the Italian company to look just like regular streetwear, cleverly hiding both a Gore-Tex breathable waterproof membrane and enough protection to earn it CE – Cat. II – 89/686/EEC certification. 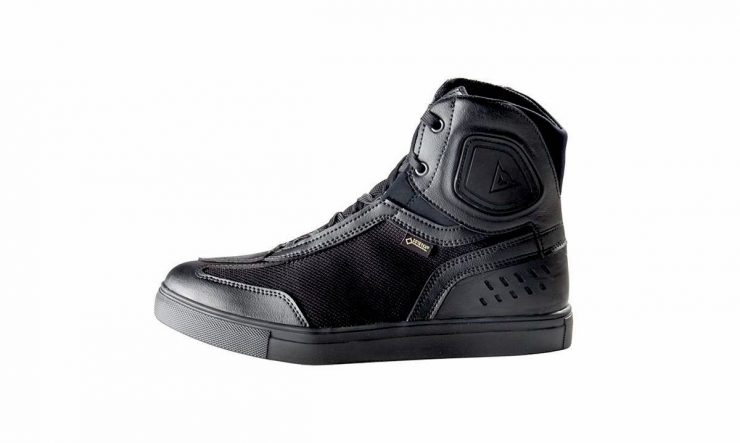