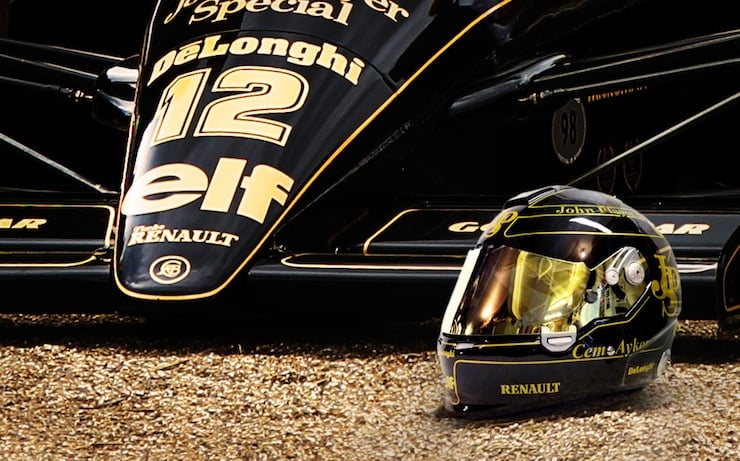 Racing helmets are one of those things that require a little in the way of exotic paint, with most open-cockpit racing formulas the only part of the driver that’s visible outside the car is the driver’s helmet, which means that a lick of unique helmet paint is the only way for a driver to stand out from his competitors on the track.

This helmet, a JPS Lotus Special by Jarrett Carnegie, was created for a friendly chap by the name of Cem who emailed me some pictures of it and put me in touch with its creator. It started life as a plain white helmet so the amount of work that went into it is genuinely impressive, it looks for all the world like the sort of thing you’ll see on Kimi Raikkonen’s head in Melbourne in a week or so.

If you’d like to commission a helmet from Jarrett you can click here to visit his website, see his previous work and get in touch to have your own personalised lid made.