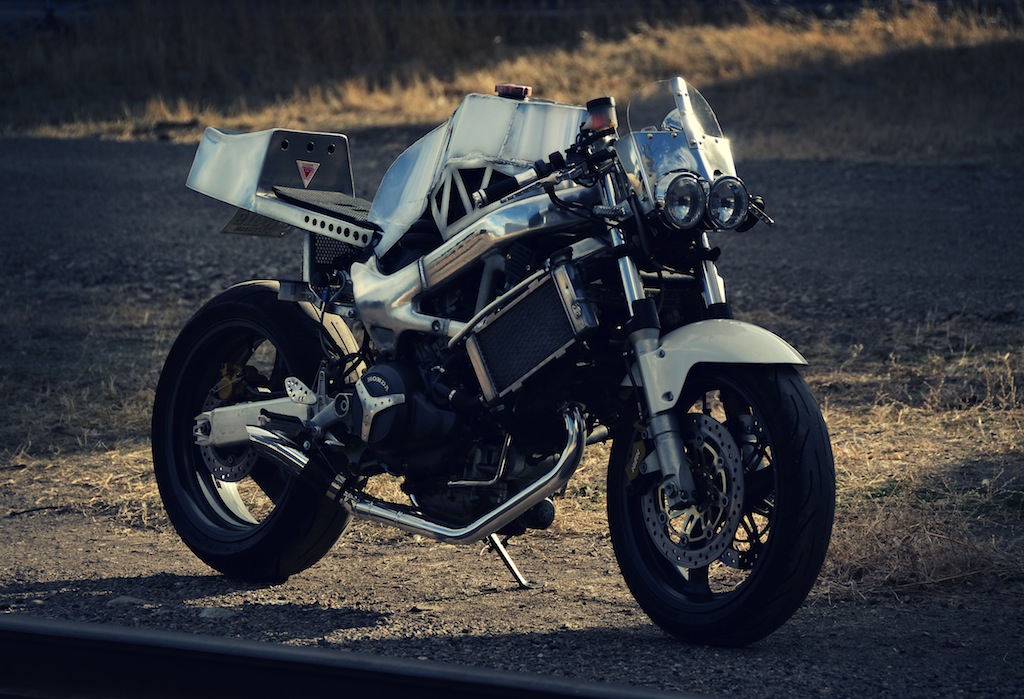 I love bikes with a back story. And this bike, Christine, has a hell of a story to tell. She started life as a stock 1998 Honda VTR1000F before being involved in a traffic accident so severe that it likely would have been the death-knell for most motorcycles. Fortunately for Christine, she was picked up by an enterprising chap called Tyler Mills who looked past the bent steel and twisted fairings and saw something worth saving.

Tyler set to work stripped the bike back to it’s bare elements before trashing everything that the bike didn’t directly need in order to function. He got rid of the stock tank, seat, rear cowling, front cowling, headlight and a slew of other parts. 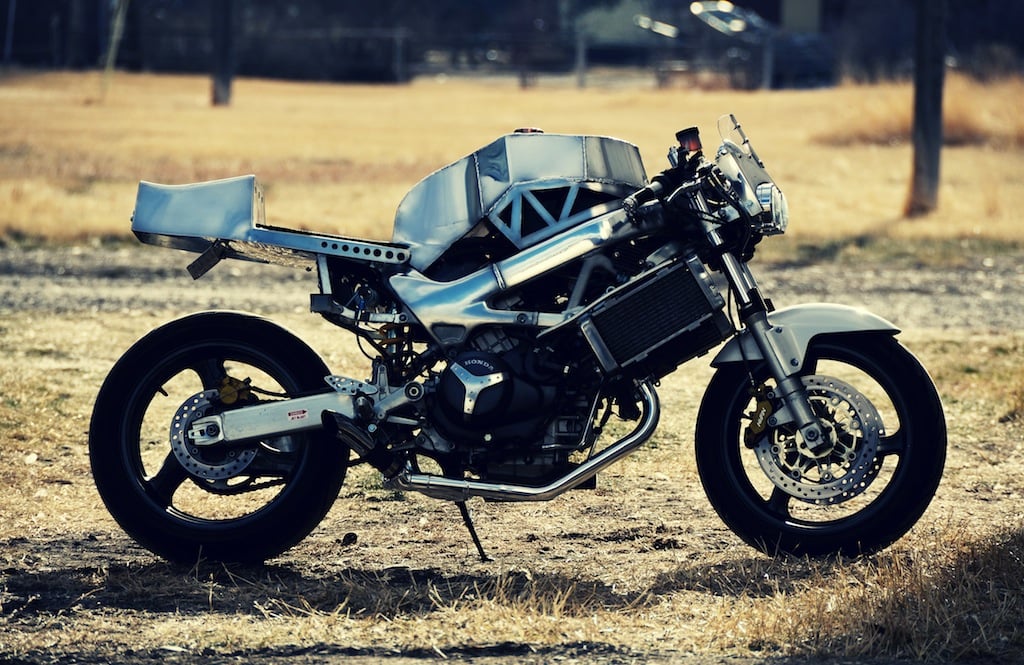 His goal was massive weight reduction with a view to improving performance, he chose to create a narrow, alloy tank with a matching seat and rear cowl, he replaced all the stock lights and blinkers with LEDs, he replaced the battery with an ultra light Shorai lithium unit.

Unfortunately for Tyler the lithium battery suffered a massive failure due to an overheated voltage regulator, causing the battery to ignite between his legs in traffic and earning the bike the nickname ‘Christine’, after Stephen King’s infamous novel about a car that’s possessed with supernatural forces. A rather fitting name all in all.

After the testicle-toasting incident, Tyler added a MOSFET voltage regulator and made sure the battery had additional cooling, he hasn’t had an issue since although I can image he probably sneaks a peak between his legs every now and then, just to make sure nothing’s on fire.

Christine’s total weight-loss is something in the order of 40lbs with her current wet-weight being 393lbs, Tyler also reduced the gear ratios giving her better acceleration and as if this wasn’t enough, he added a 12 oz bottle of NO2, giving the bike a solid 20+hp power boost when the little red button is depressed (I think we can all agree that more vehicles need little red buttons).

The finished look of the bike has elements of Blade Runner and perhaps a little Mad Max, I like the fact that it’s a bike built purely for function and I believe Tyler when he tells me it goes like a bat out of hell. 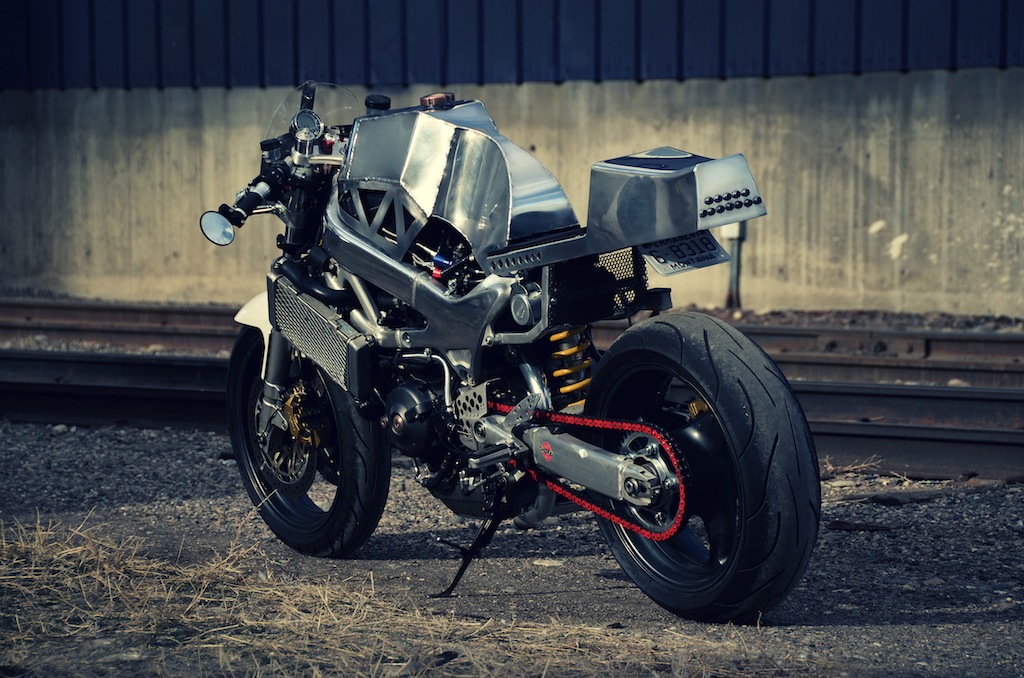 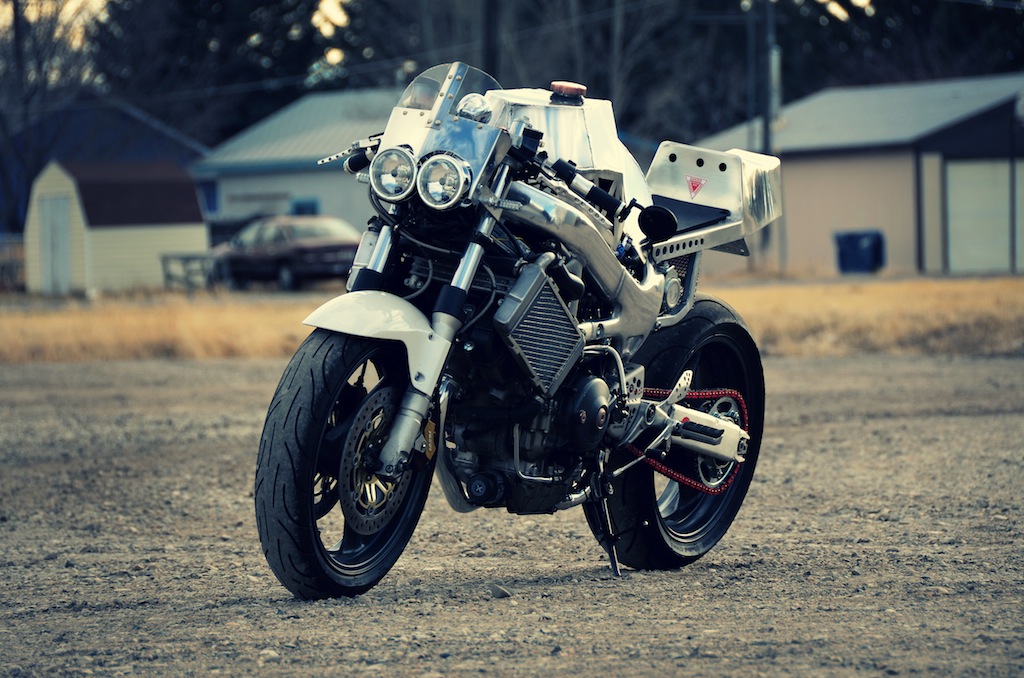 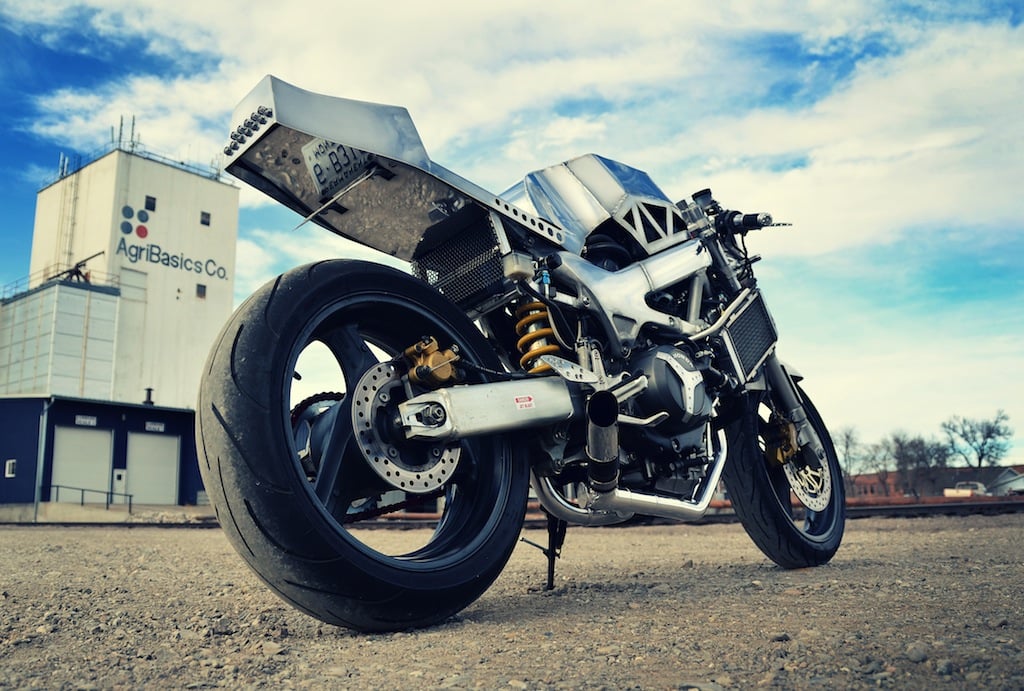