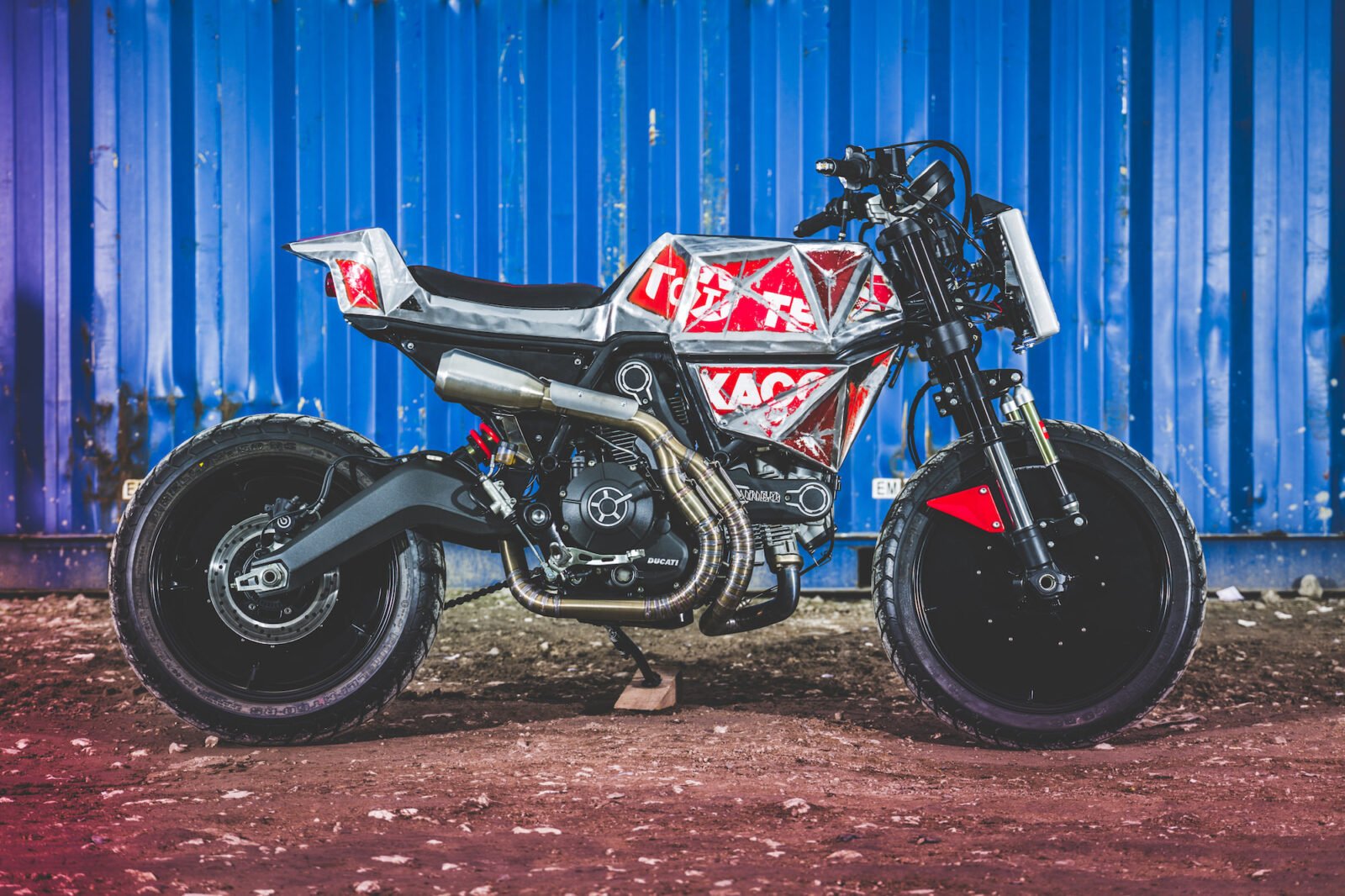 Vibrazioni Art Design is an Italian company that creates some of the most remarkable motorcycles and furniture you’ll find anywhere – and they do it largely by reusing old oil barrels and other industrial waste.

We’ve featured their two-wheeled creations before and they never fail to garner a huge amount of attention, they also seem to be almost universally liked – perhaps surprisingly so for such unusual designs in the staunchly tribal world of motorcycles.

This latest design from Vibrazioni started out as showroom-new Ducati Scrambler, the original bodywork was removed, as well as the seat, handlebars, headlight, exhaust, and rear suspension. An interesting set of Bitubo Speedways were bolted to the stock upside down forks, an adjustable Bitubo shock absorber was added at the rear, after the subframe had been cropped to suit the new seat and bodywork.

A new, much smaller, LED headlight was chosen and the two-man team at Vibrazioni fashioned an oil cooler to go around it – mounted in front of the forks to give it the best possible airflow. The wheels were swapped out for a set of in-house built lenticular rims, and a new intricately welded high-exit exhaust was also made by Vibrazioni – with a small heat shield to help avoid a burned leg.

The most eye-catching feature of the custom Scrambler is undoubtably the oil barrel derived bodywork, it was fashioned from an original Texaco Oil drum with the original logo still visible. Once the desired shapes had been achieved the new bodywork was clearcoated to protect it from the elements – and to ensure it doesn’t fade over time.

The final modification was to swap out the original Ducati Scrambler handlebars for a set of Streetrighter bars to give the bike a slightly more aggressive look, and give the rider a little more forward-lean.

The Italian pair that make up Vibrazioni have always reminded me of an industrial design version of Daft Punk, and if you have the time their furniture designs are also worth a look. If you’d like to see more of their motorcycle work you can click here. 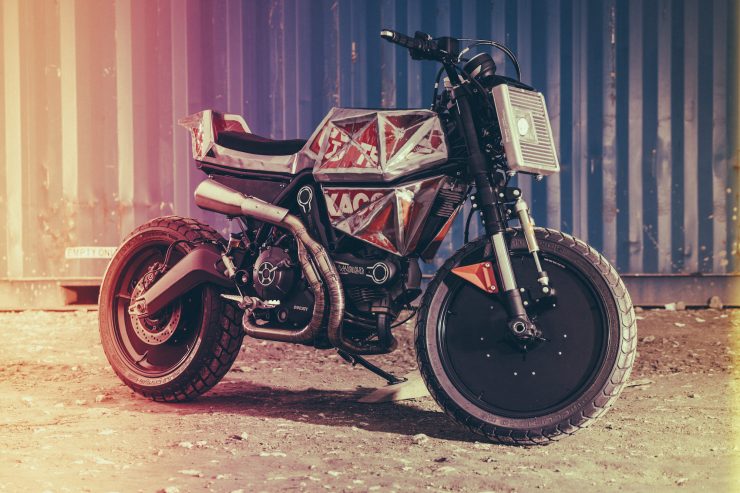 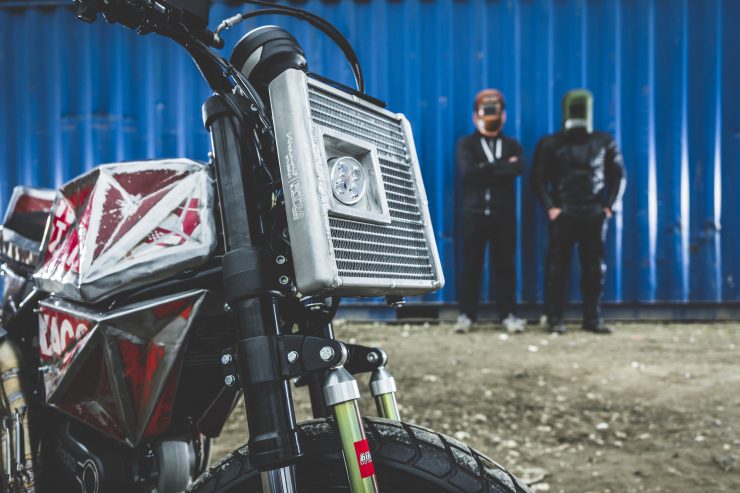 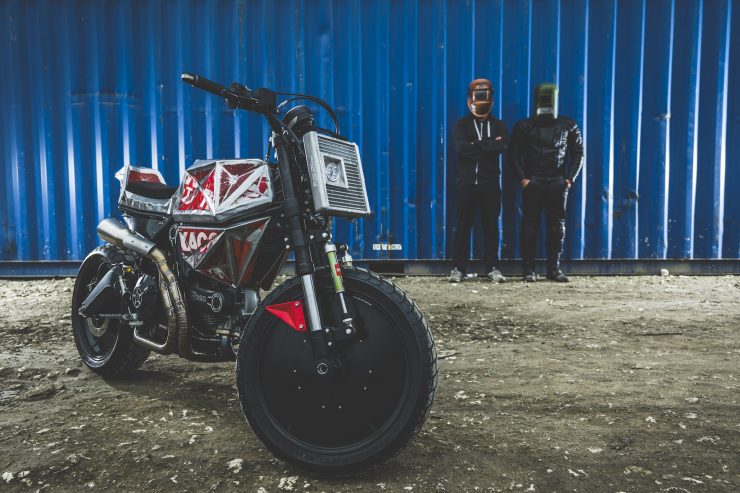 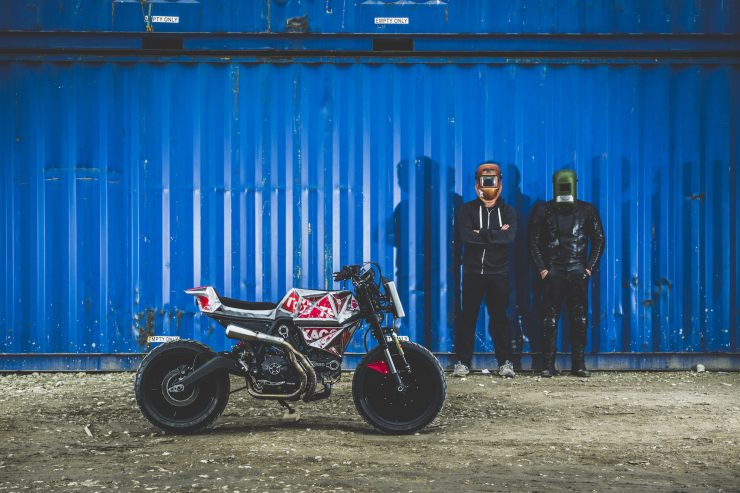 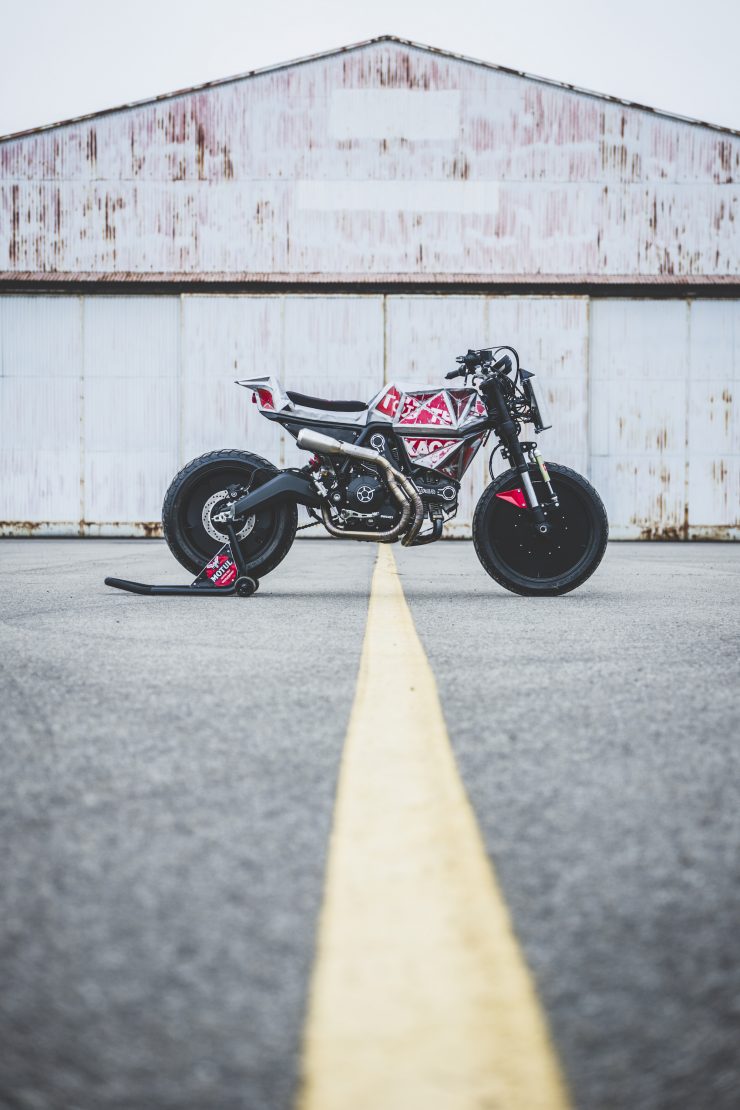 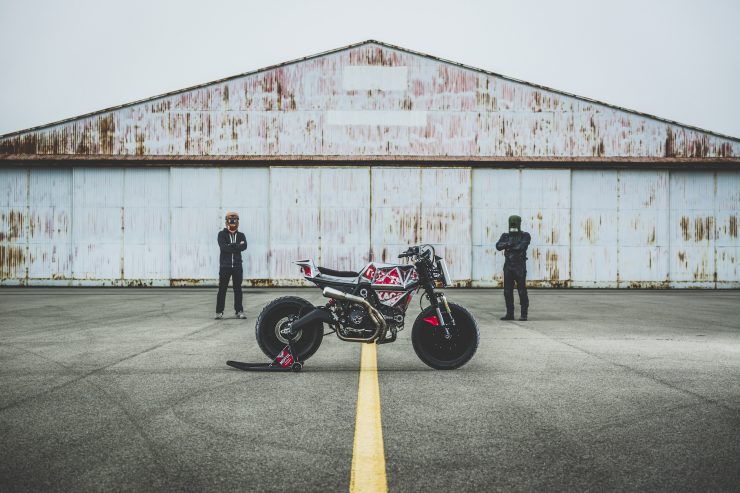 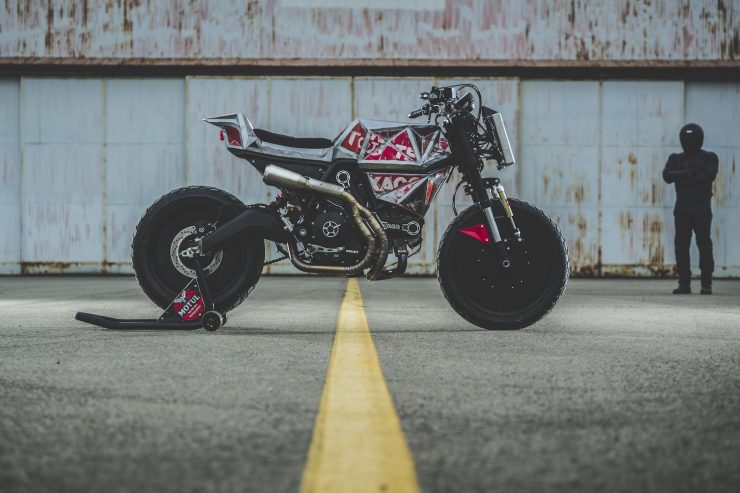 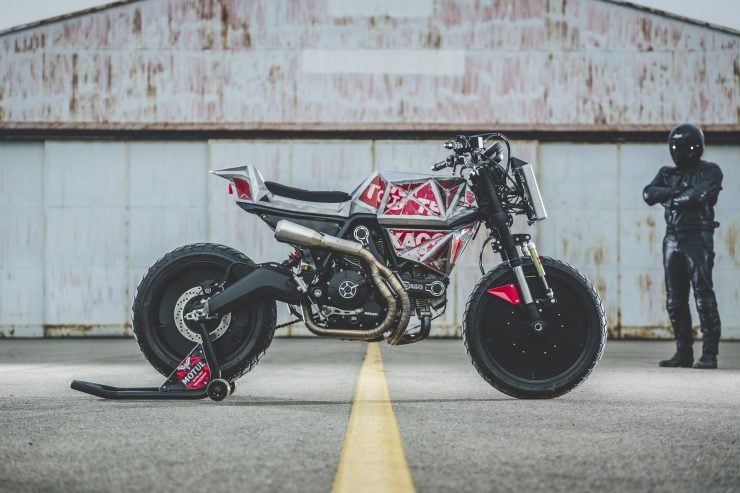 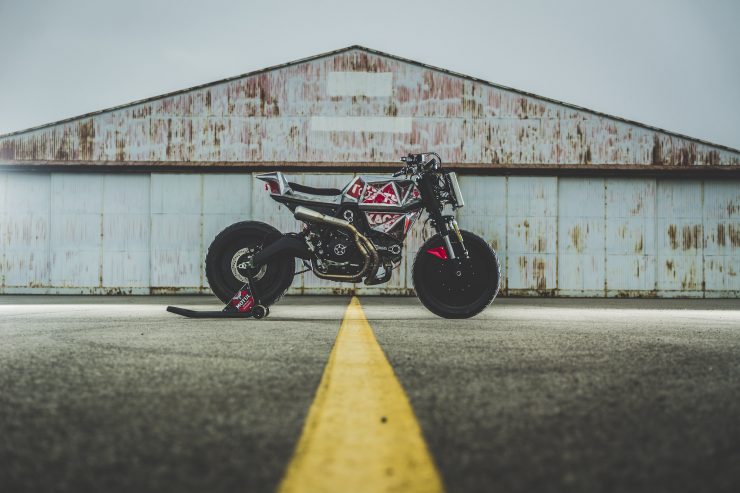 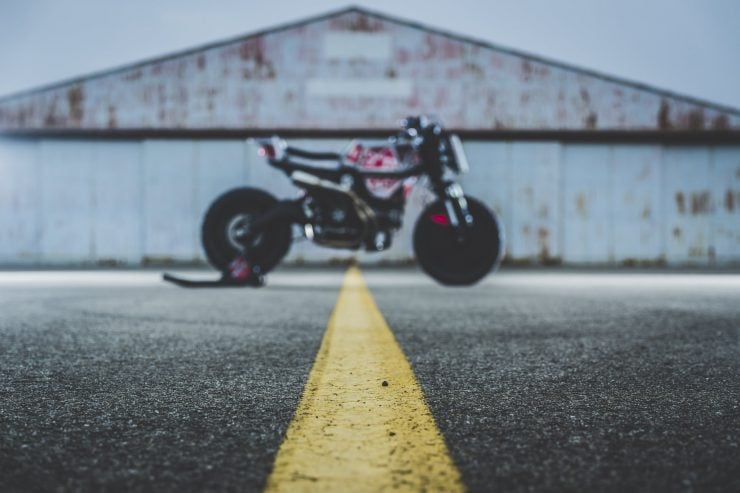 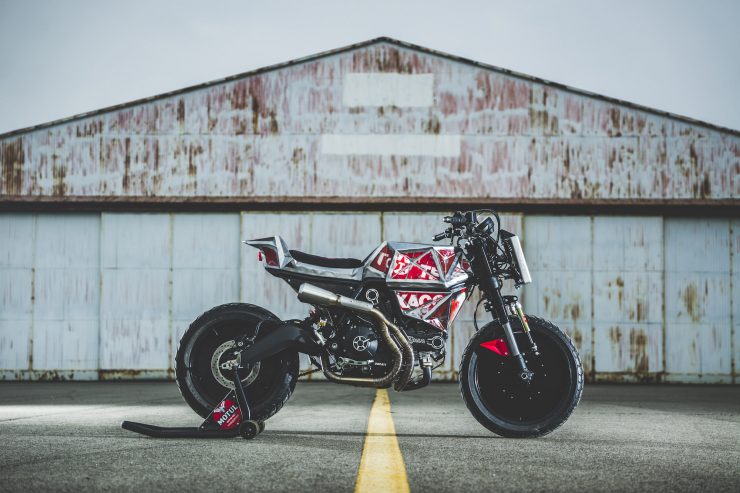 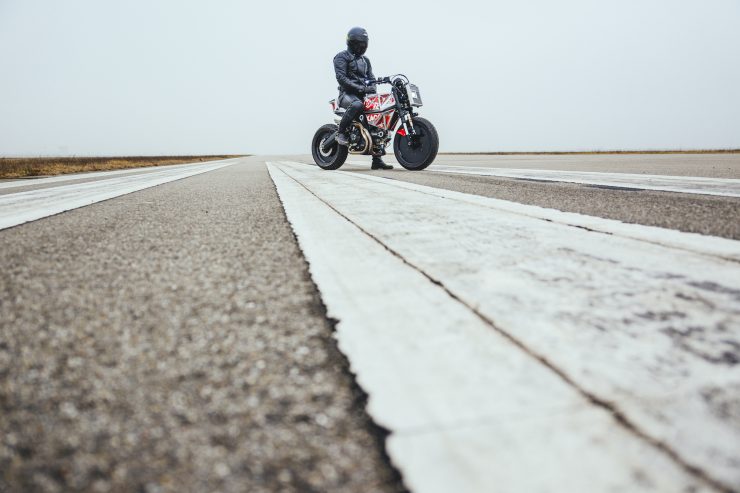 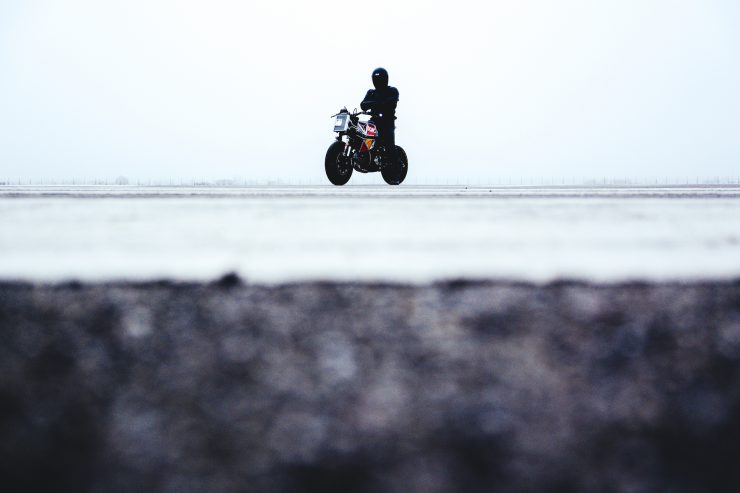 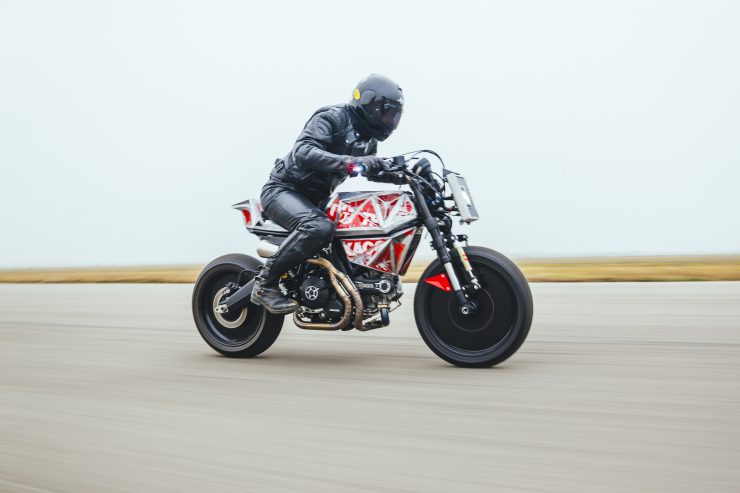 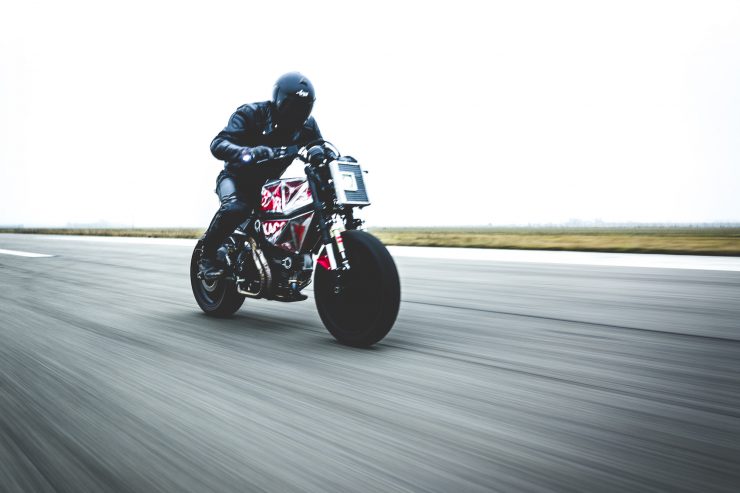 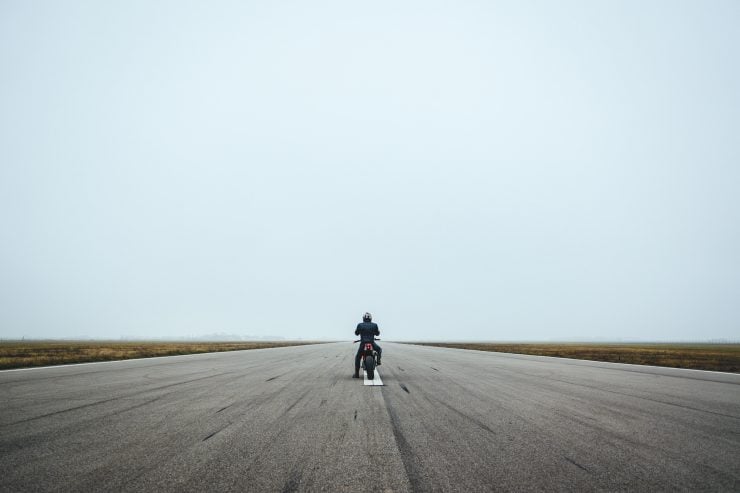 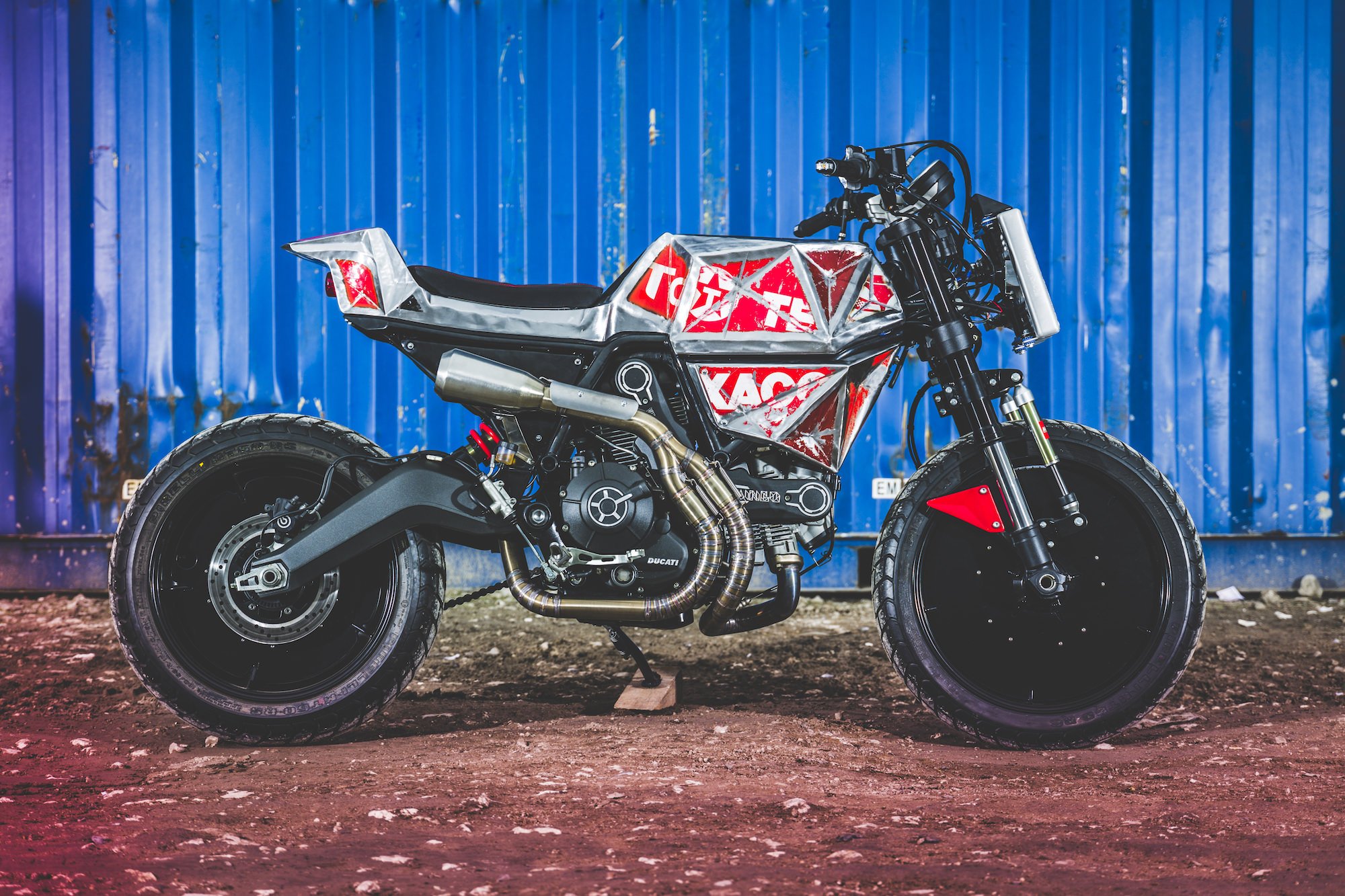