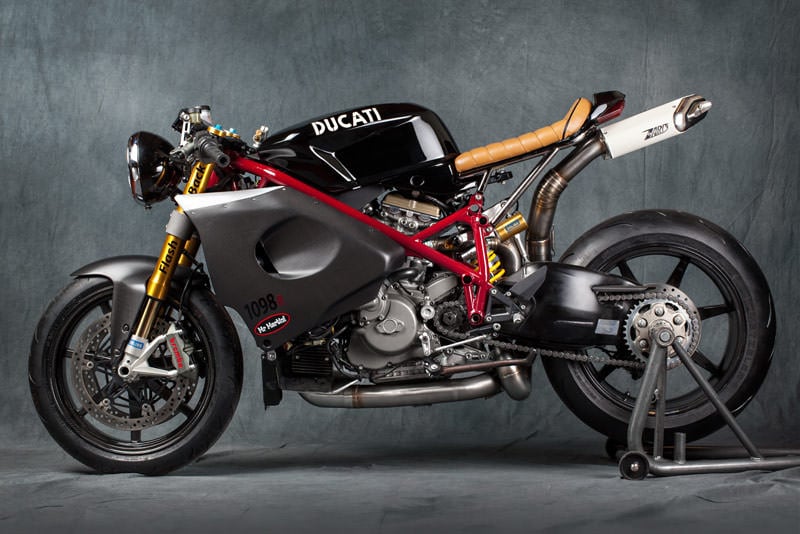 Mr Martini is an Italy-based builder of some genuinely world-class motorcycles, his garage is in Verona and he specialises in importing and selling Triumph motorcycles. He tends to focus his custom motorcycle work on Triumphs and Ducatis and has earned himself world-wide recognition, his work tends to have a black/red/gold feel to it – much like the model pictured here.

This cafe-racer-styled custom is based on a Ducati 1098R, a stonker of a bike to begin with that’s been made all the more cheerfully psychotic by an extensive series of tweaks, modifications and additions. Mr Martini built this bike, dubbed “Ducati Flash Back America” for a California based client who had seen and fallen in love with a previous Martini custom, the extraordinary Ducati Flashback Endurance Racer. 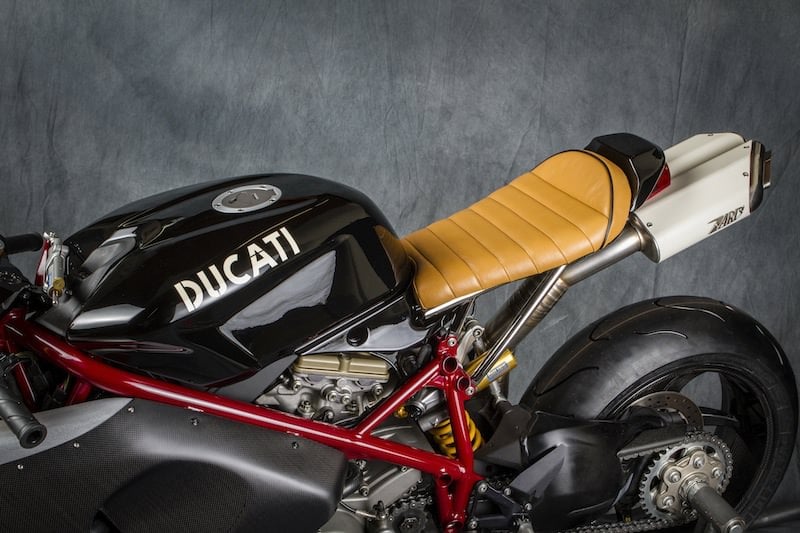 The bike started life as a stock, second-hand Ducati 1098R, the original fairings were removed as was the exhaust, handlebars, lights and seat. The new exhaust was hand-built by the team at Zard (take a close look at those welds, they’re beautiful), the headlight was pulled from a Harley-Davidson Fatboy, the seat was custom made and a custom carbon and aluminium fairing was fabricated by hand.

If you happen to live in California you might want to keep an eye out for the owner of this bike, by all accounts he’s a friendly chap but he might not wave back as I imagine he’ll be holding on for dear life.

If you’d like to see more from Mr Martini you can click the following links to see his Triumph Scrambler Kit, his Ducati Flashback Endurance Racer and his wonderful Ducati GT Special. 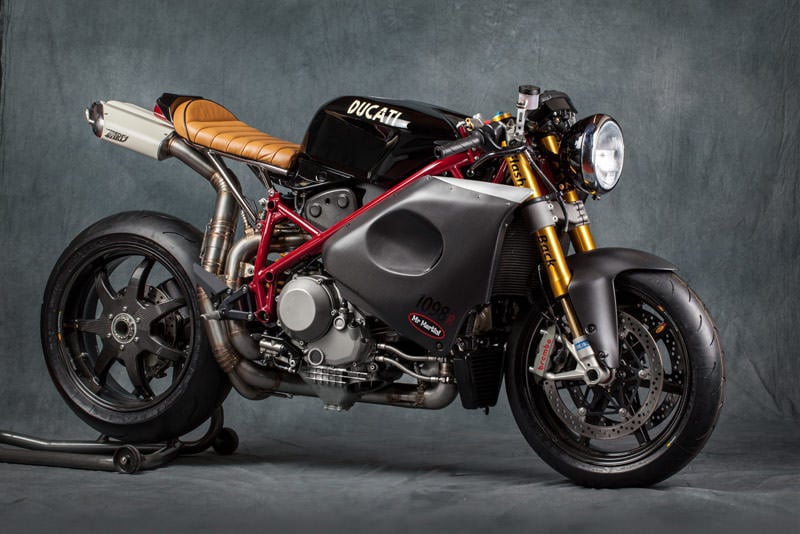 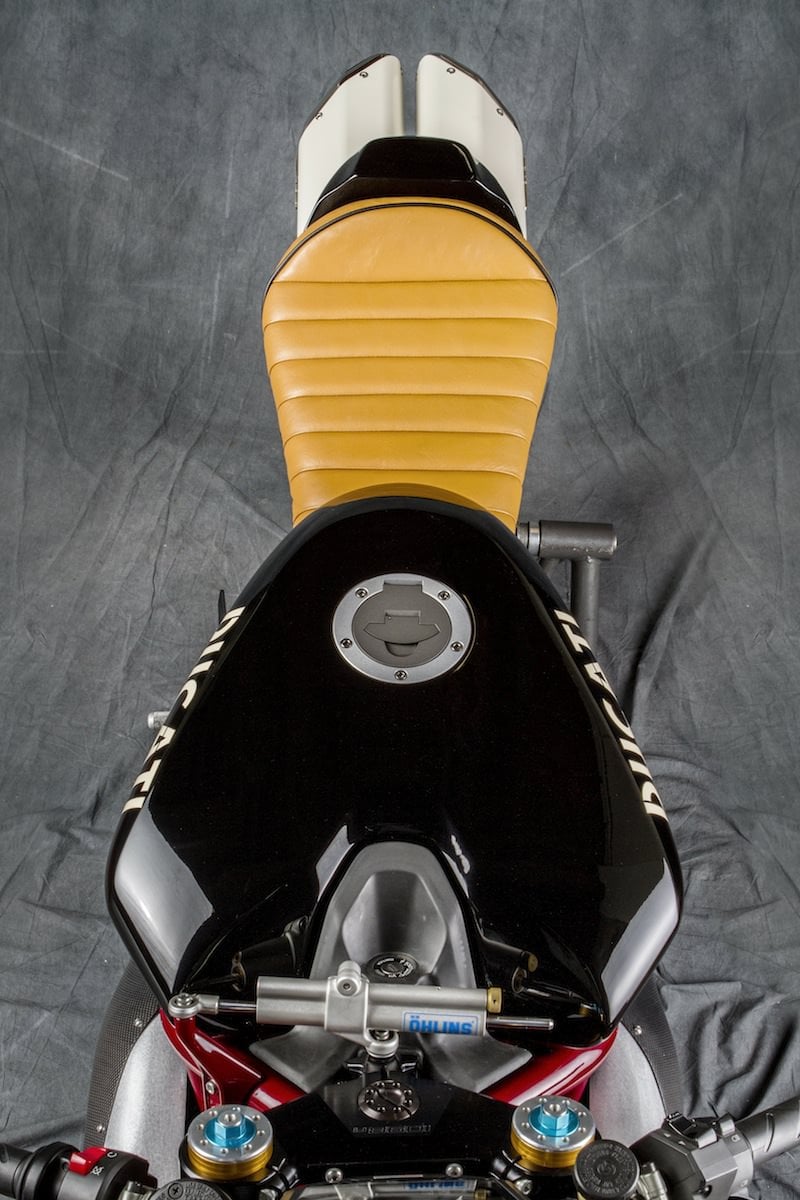 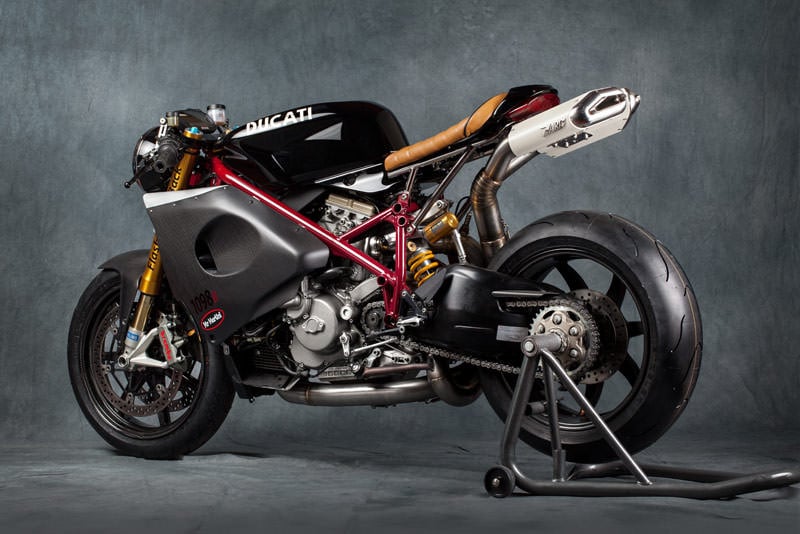