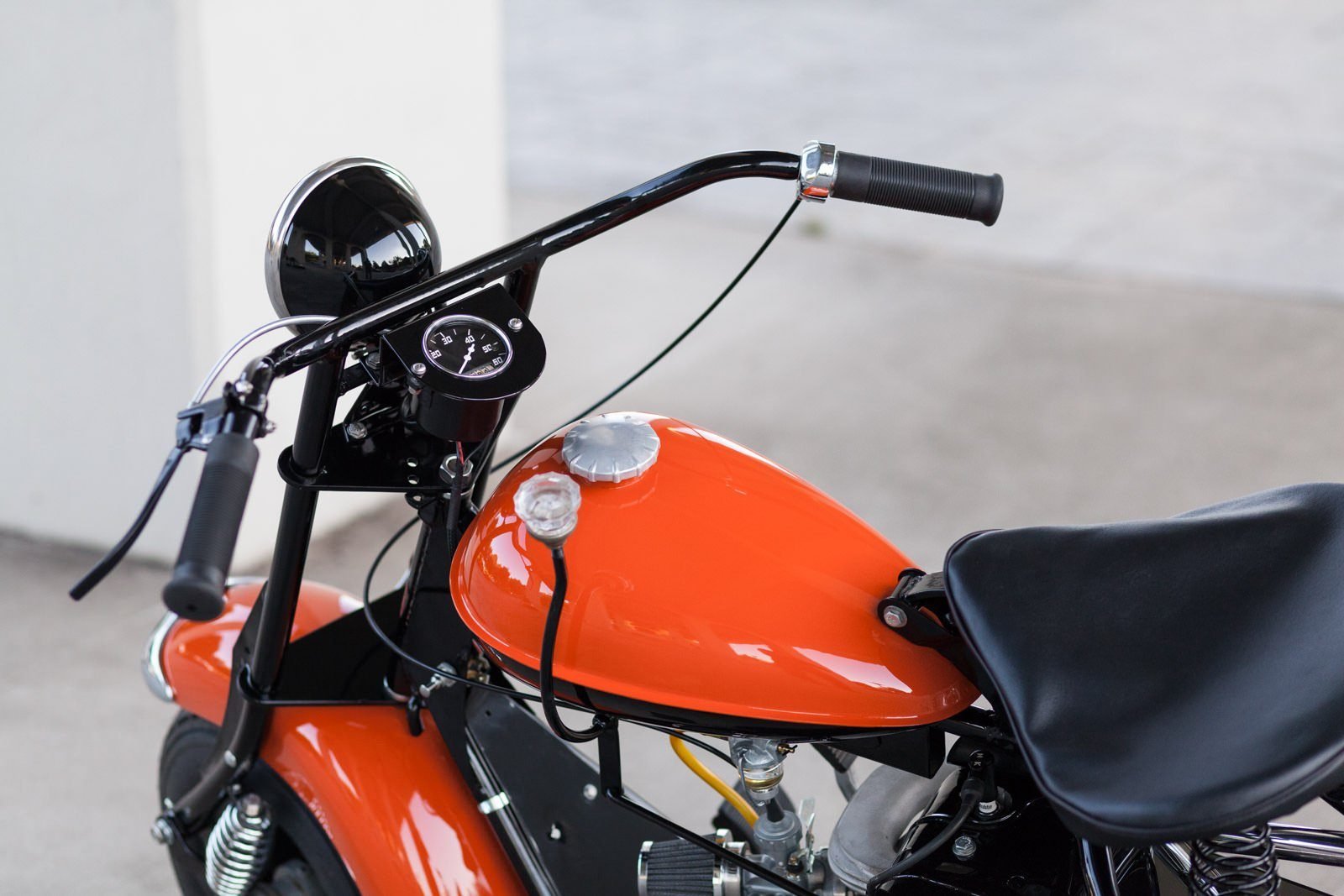 The Cushman Eagle was by far the most desirable scooter in the USA in the 1950s. The designers at the American company had struck upon the idea of releasing a scooter that included all the design hallmarks of the big American motorcycles of the day built by Harley-Davidson and Indian. This ensured that every red-blooded teenage boy (and more than a few teenage girls) would lay awake at night dreaming of owning their own Cushman Eagle – with its contoured fenders, teardrop fuel tank, sprung saddle, wide handlebars, tubular steel frame, and most importantly – its air-cooled flathead engine. 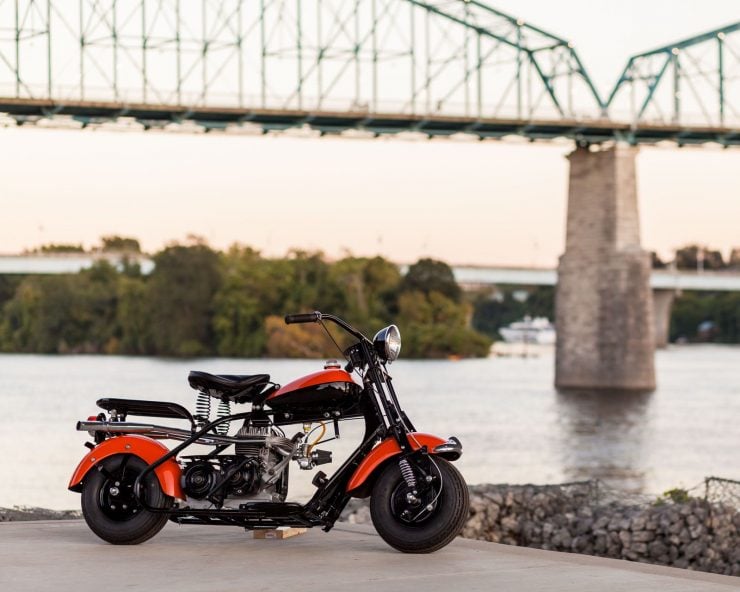 The Origins of Cushman

Cushman started out in 1903 as a small engine manufacturer. Gasoline-powered internal combustion engines were rapidly being fitted to bicycles, carriages, and all manner of industrial and farm equipment – so the small Lincoln, Nebraska-based company was kept exceedingly busy.

It wasn’t until 1936 that a company executive whose name is lost to history decided to see if they could design a simple motor scooter around their pre-exisiting Husky engine. Sales across the board were slow due to the Great Depression, and Cushman was in a position where they were forced to either innovate or slowly bleed money until they closed down.

Fortunately they went down the former route – and created a simple, cheap form of transportation that was perfectly suited to the austere economic environment of the 1930s. They called their new creation the Cushman Auto-Glide, and sales were brisk from the get-go.

Three years later, the Second World War kicked off in Europe and the US began ramping up production of military equipment. Cushman created a military-spec scooter called the Model 53 by combining a pre-exisiting engine with a very simple (and cheap to make) stamped steel frame. They won a contract to supply the US Army, and would later develop a special version of the Model 53 designed to be dropped by parachute for airborne special forces. 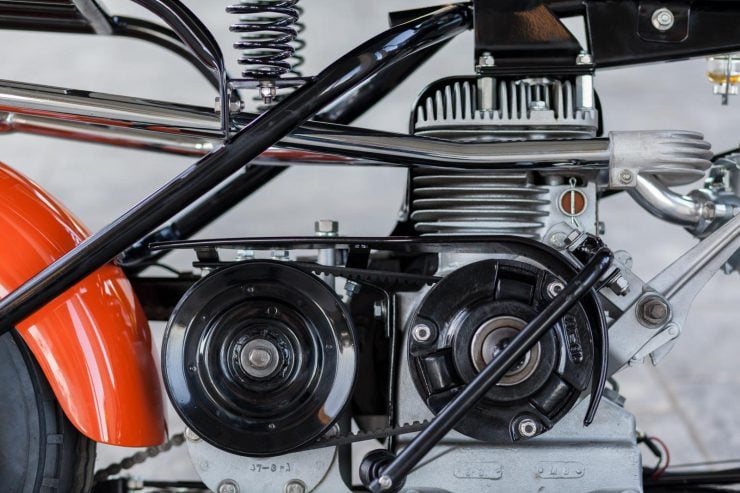 The Arrival of the Cushman Eagle

The Cushman Eagle is almost certainly the company’s most famous model, largely thanks to its memorable design and the immense desirability it enjoyed among the country’s teenagers (and many adults).

The Eagle represented another clever pivot from the team at Cushman – the austere economic environment of the pre-WWII era had been replaced by a booming economy, so the new model was quickly developed using many off the shelf parts to reduce the required capital outlay.

A simple tubular steel frame encapsulates an 8 horsepower, single-cylinder flathead engine with a capacity of 21 cubic inches (~350cc). Power was transmitted to the rear wheel via a foot clutch and two speed hand shifted gearbox with the lever on the left side of the fuel tank – and riders quickly realized they could get upwards of 50 mph from the Eagle by ducking down behind the headlight and pinning the throttle open. A slight tailwind could see the little scooter get close to 55.

When the Eagle was introduced in 1949 it proved to be an instant success, and Cushman struggled to keep up with demand. Amazingly the Eagle was brought back into full production recently alongside the Highlander and Step-Thru models, all of them are made in America, and they’re all DOT, CARB, and EPA approved. 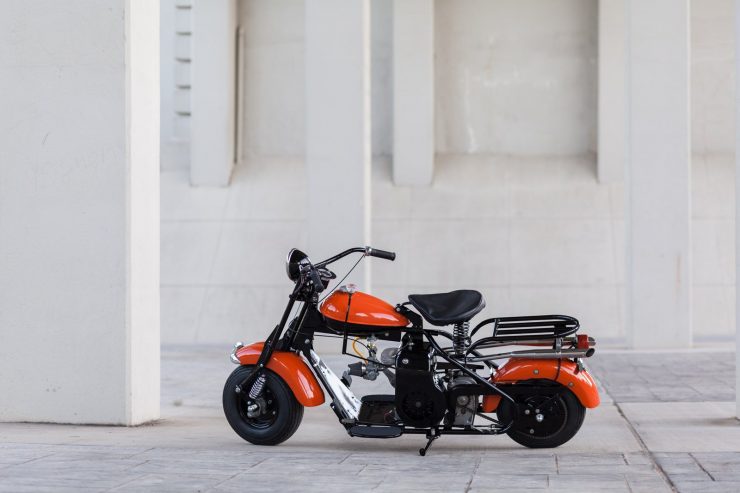 The Eagle you see here is a rare “Barrel Spring” model, named for its front suspension – later Eagles would have more modern fork tubes, but early examples like this are much sought after by marque experts and collectors.

The scooter belongs to Mike and Theresa Carson of Carson Classic Motors in Livingston, Texas – they commissioned Joe Casola of Saints Cycle Works to do a full and correct restoration. Joe is one of the best in the country, and his staggeringly detailed restorations have earned him accolades from all over the world.

Once it was in Joe’s workshop the Eagle was stripped back and the work began, parts that needed painting were sent off to the team at Andrews Autobody in Trenton, Georgia. All machining and restoration work was done in-house by Joe and his team, and the completed Eagle is now in better shape than it likely was when it rolled out of the Cushman factory in 1955. 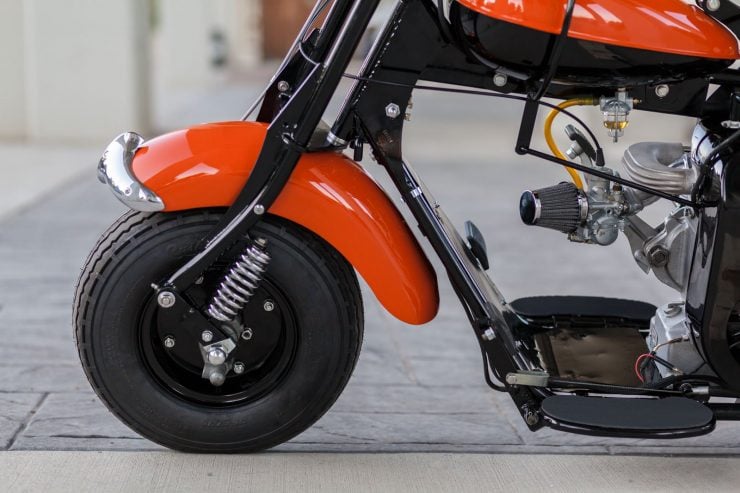 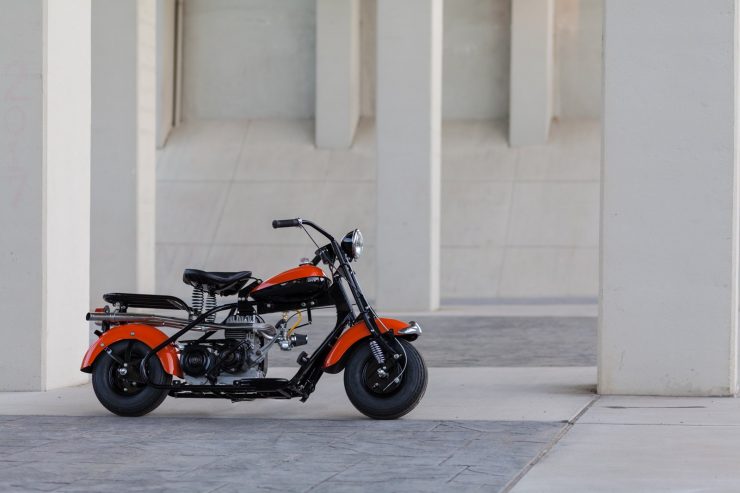 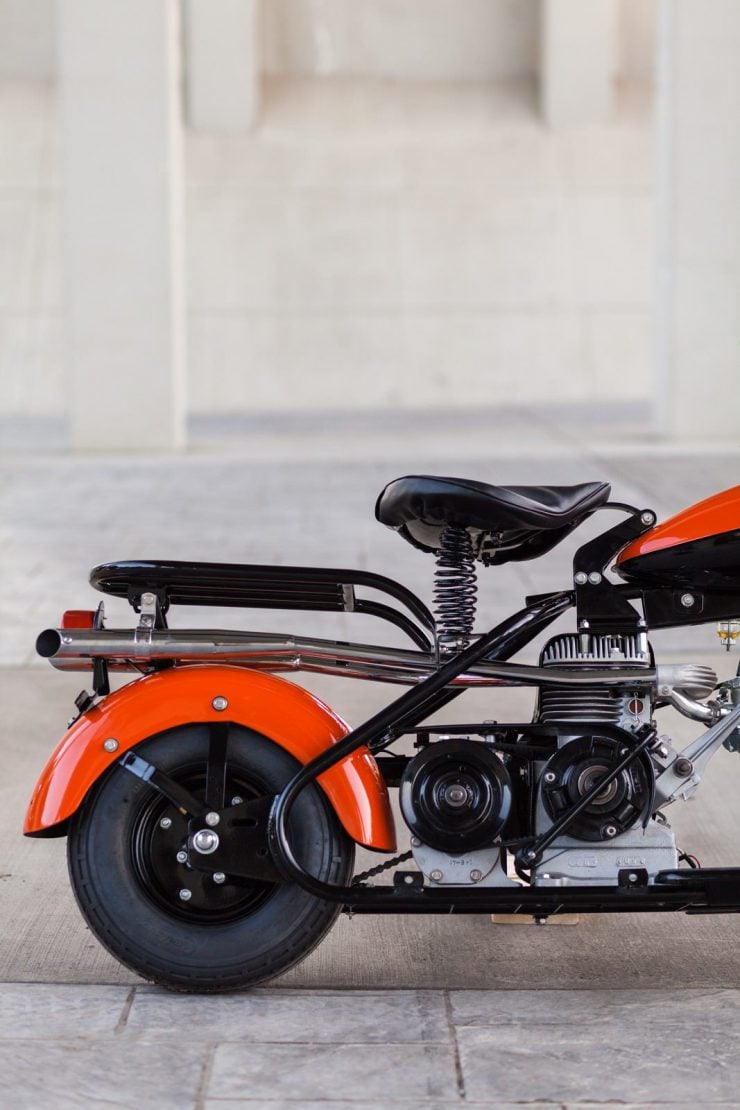 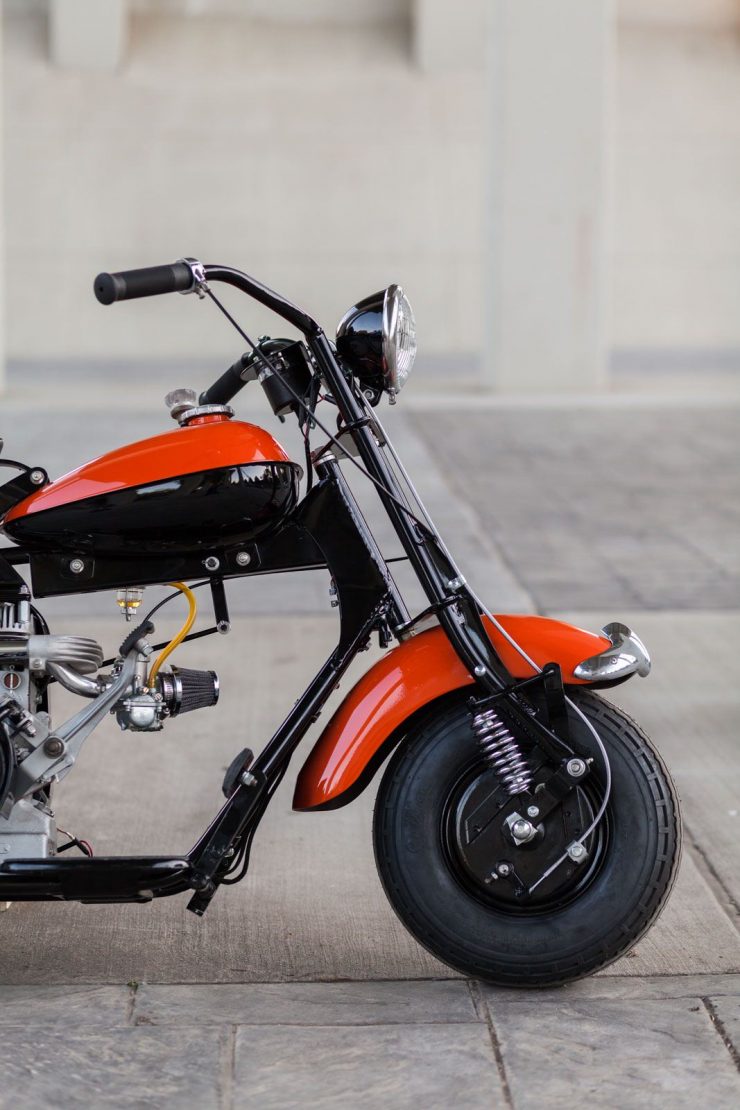 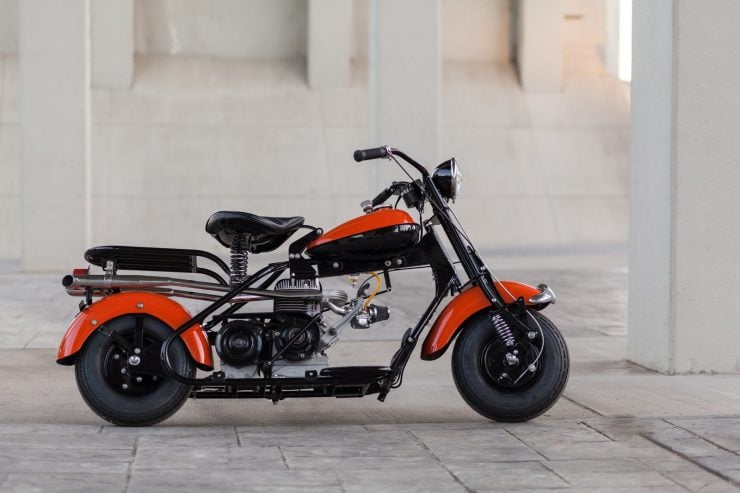 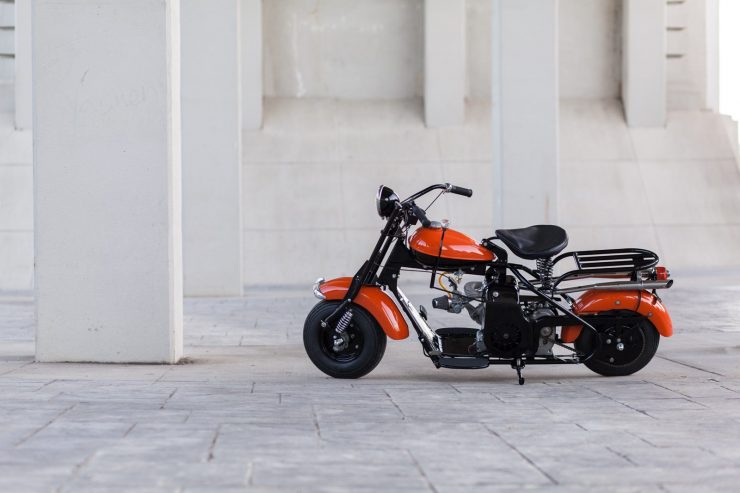 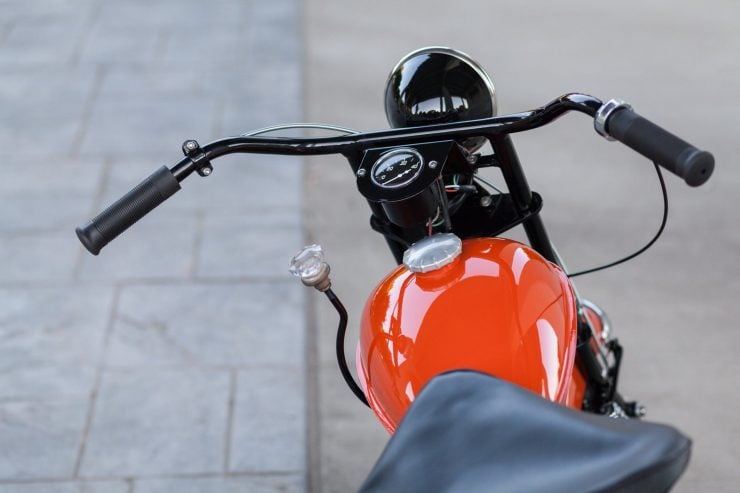 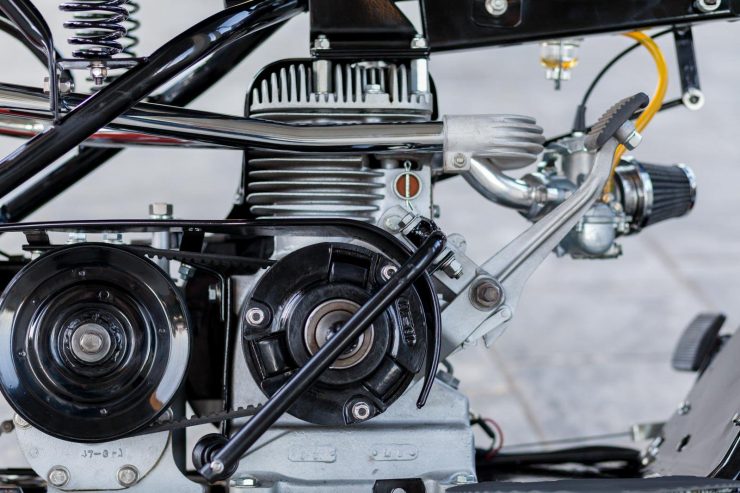 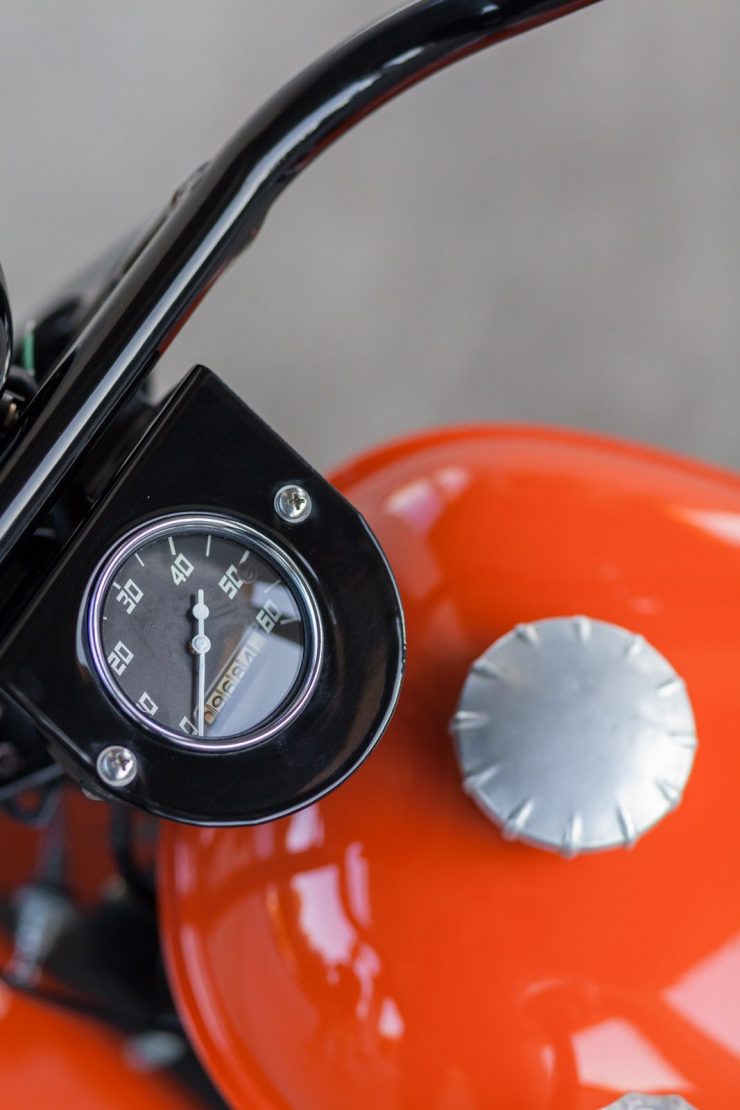 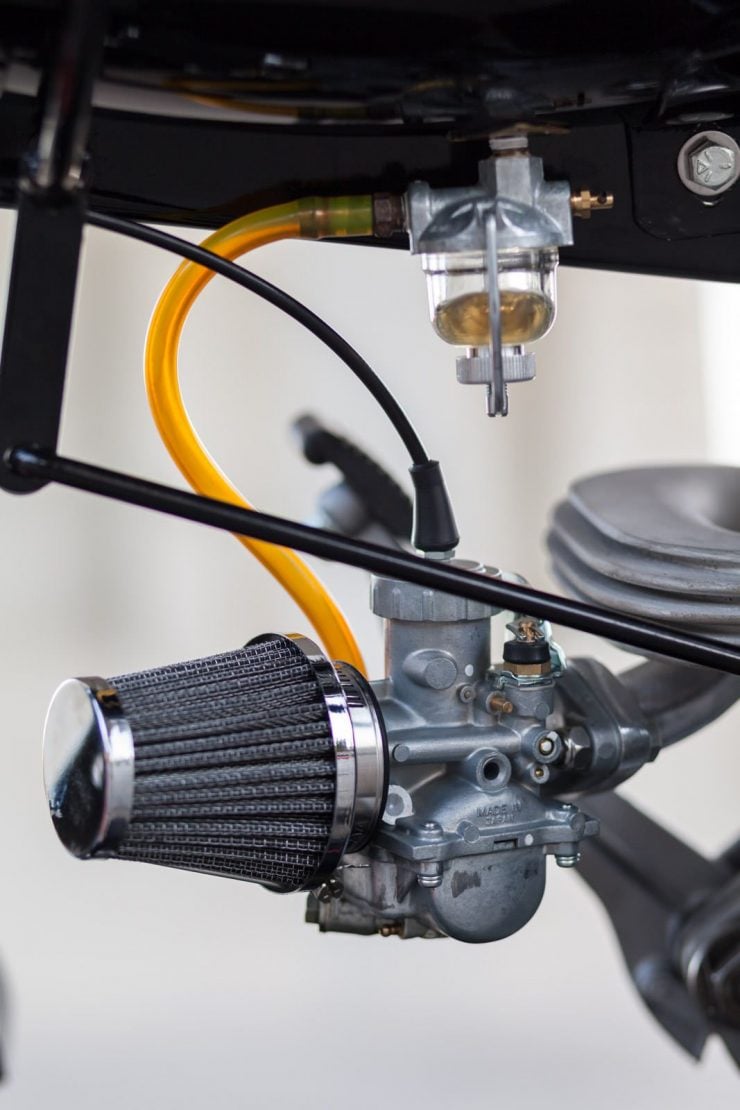 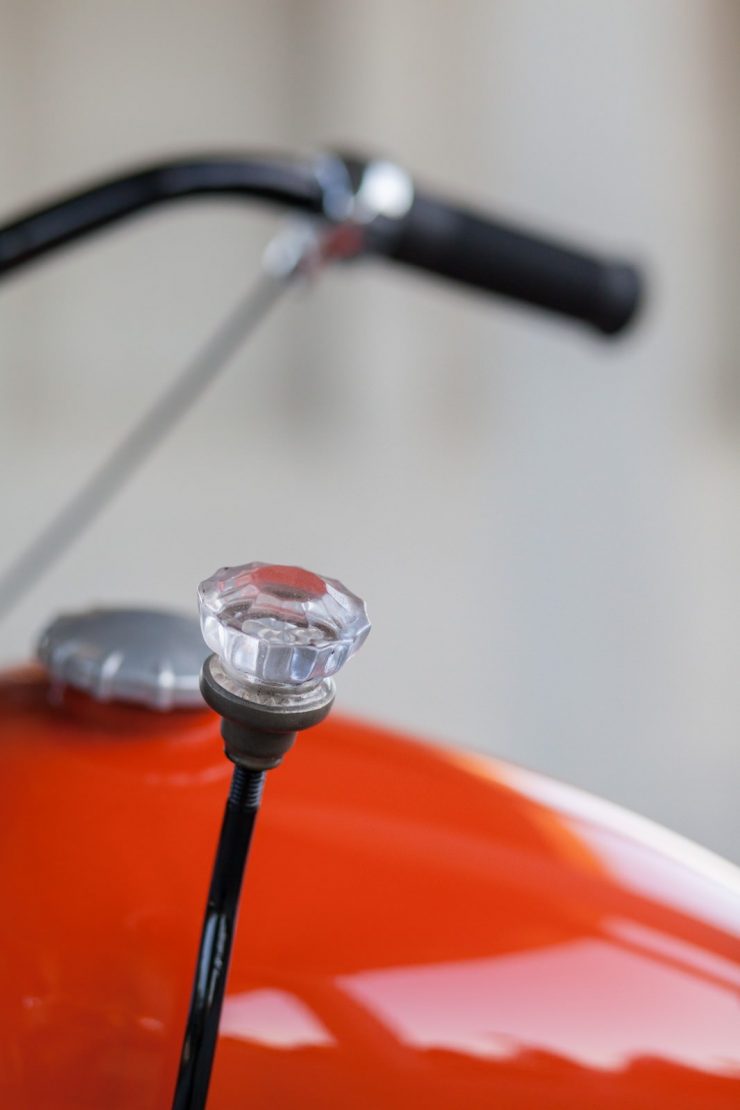 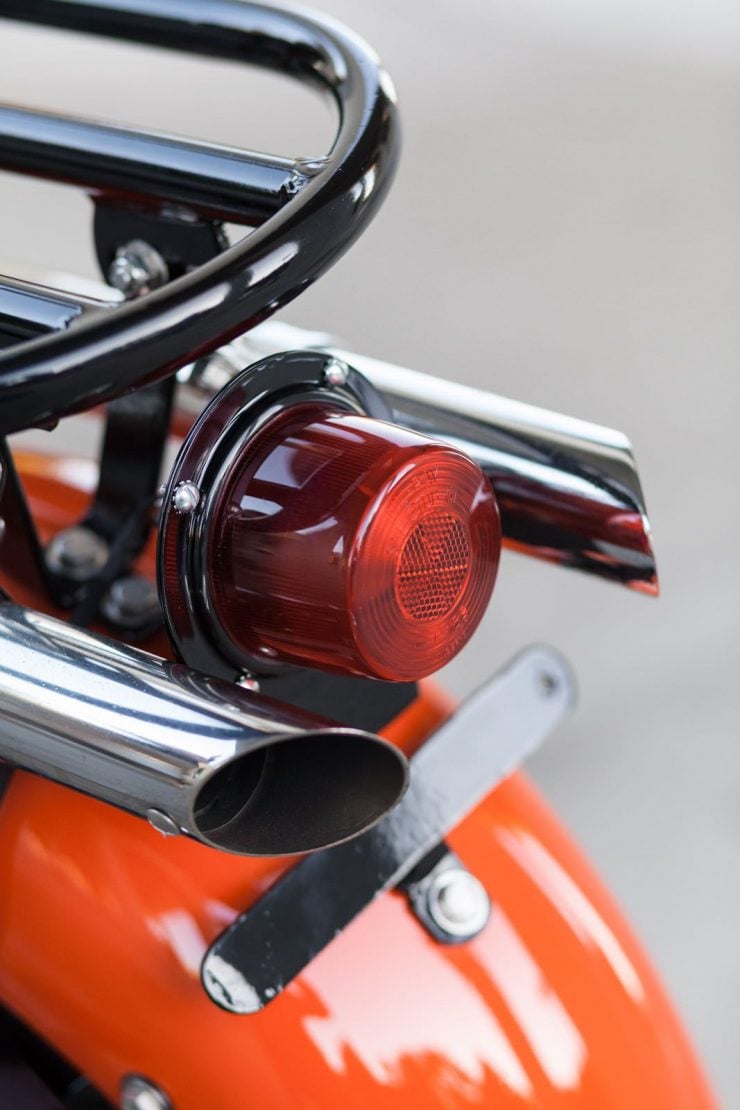 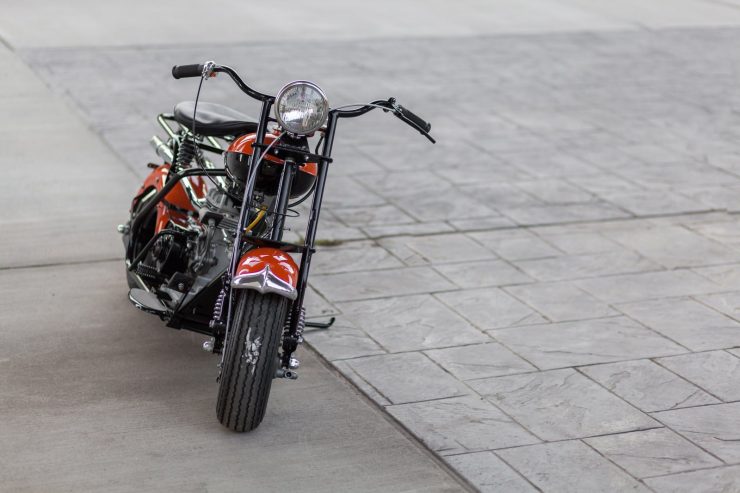 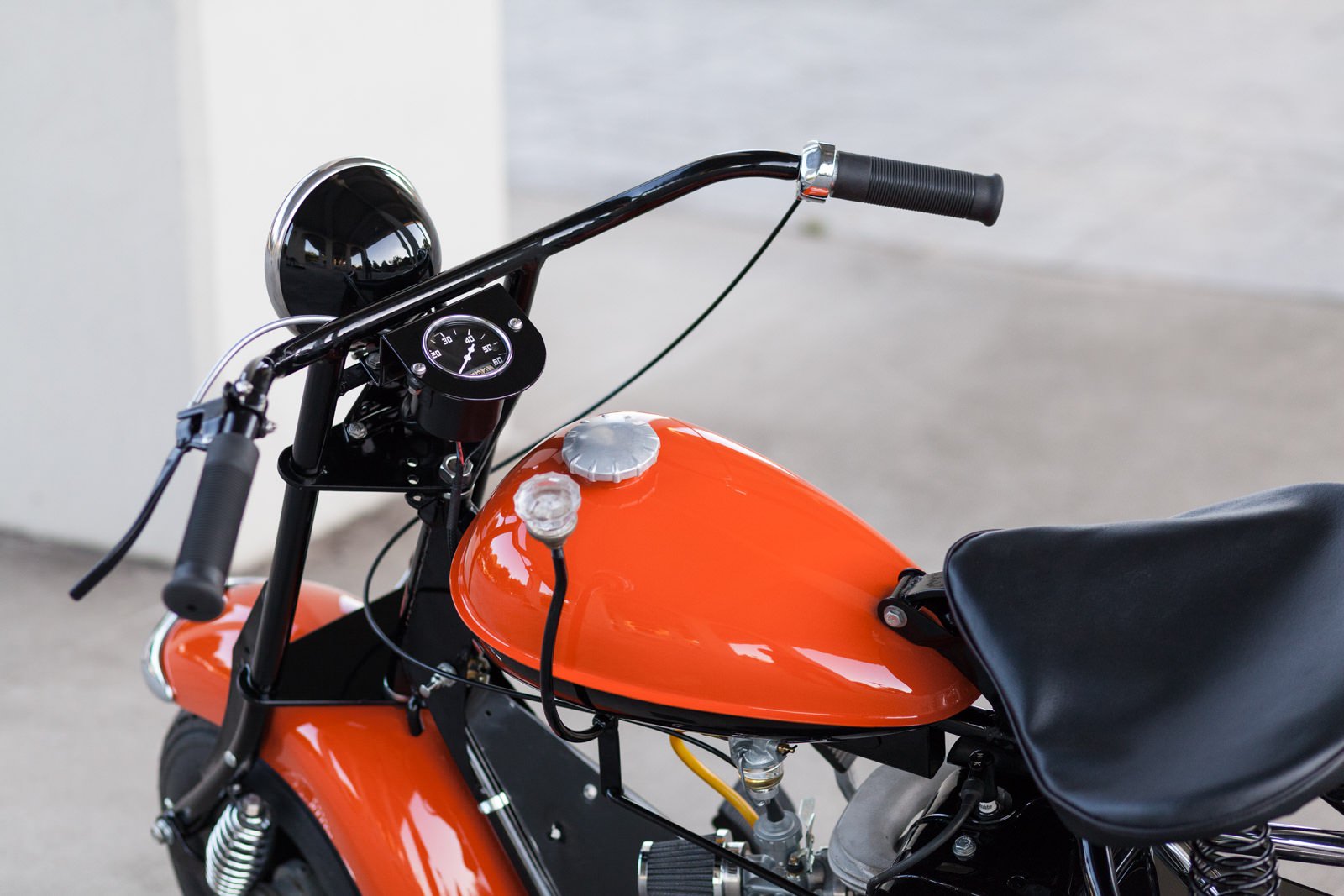