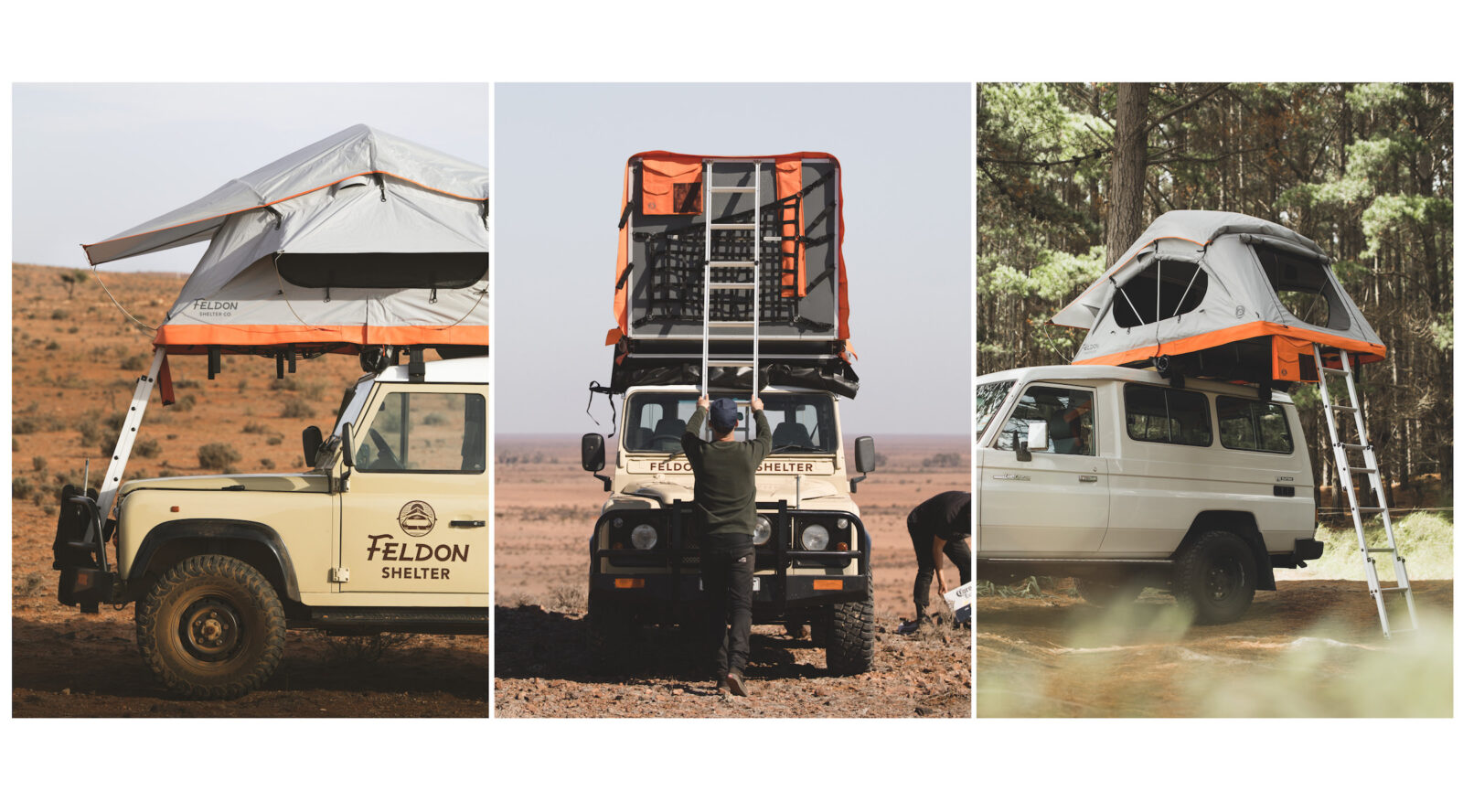 The Feldon Shelter Co. is a New Zealand based company that designs and builds some of the best rooftop tents in the world. The Crow’s Nest is their most affordable offering, it’s a two-person rooftop tent designed to be exceedingly tough, and exceptionally user-friendly.

Each Crow’s Nest tent can sleep two adults up to 7 feet in height and it includes a 60mm ErgoCell high-density foam mattress, with a removable/washable cotton cover and waterproof ripstop underside. The tent itself has an aluminum-alloy base with a 100% metal frame for longevity, with metal hinges and hardware throughout.

The tent has been designed to fold up with the bedding and pillows tucked away inside, to save you space in the cabin and make going to bed easier at the end of a long drive. There are multiple interior pockets to allow you to stash your phone and other items away safely, and there’s a port to allow you to run an electrical cable into the tent from the car so you can stay fully charged.

To erect the tent you park the car, remove the heavy duty PVC travel cover, and unfold the tent. As you unfold it the roof automatically rises, and all you then need to do is extend the aluminum ladder down to the ground before you’re ready to climb inside. There is a fly that can be added to the top if heavy rain or snow is expected, and it’s fitted with guy ropes but obviously with no pegs.

There’s currently a pre-order sale on for the next batch of Crow’s Nests, the last batch sold out in record time, so if you’ve been thinking about getting one it’s best to act quickly. The Feldon Shelter Co. are currently shipping within New Zealand and now to Australia too, you can hit the order here button below to get yours. 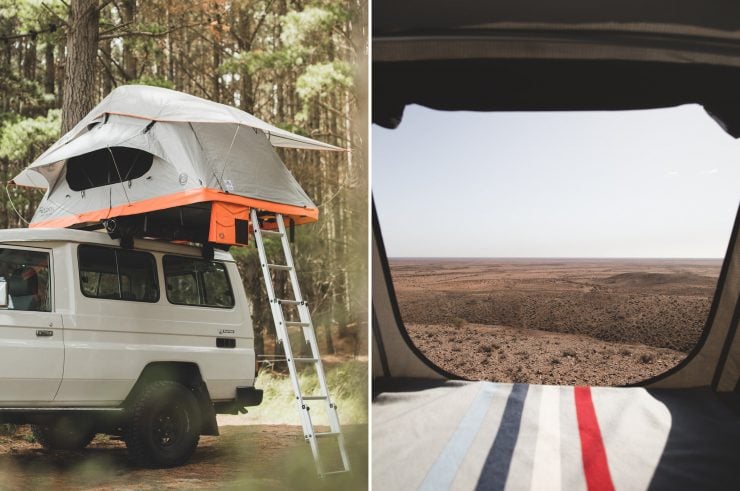 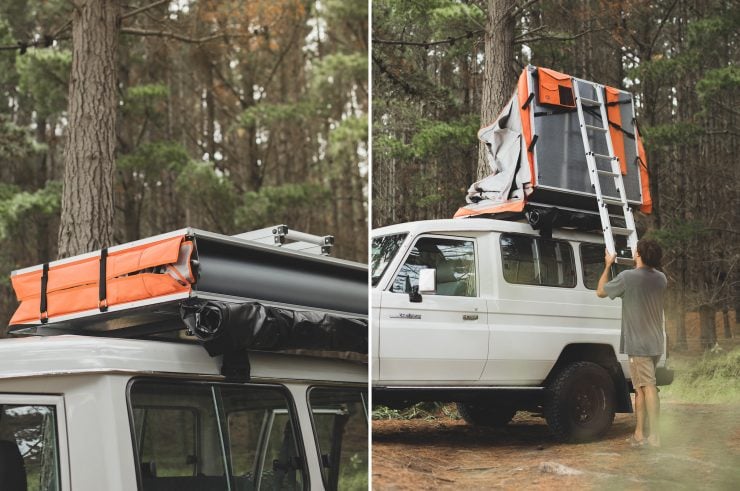 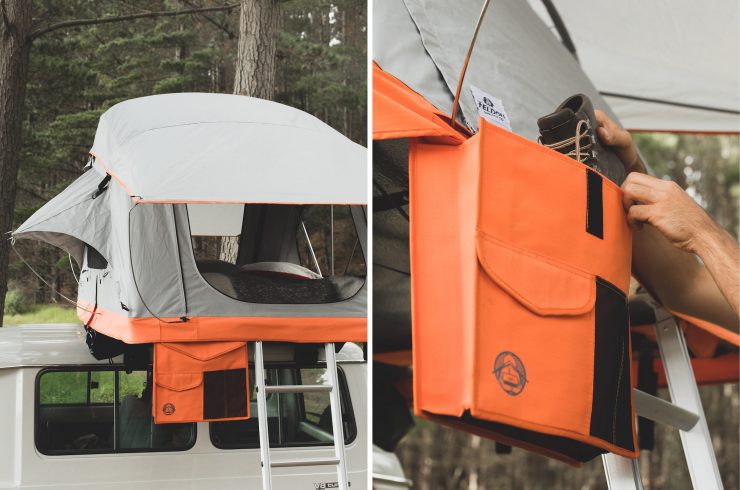 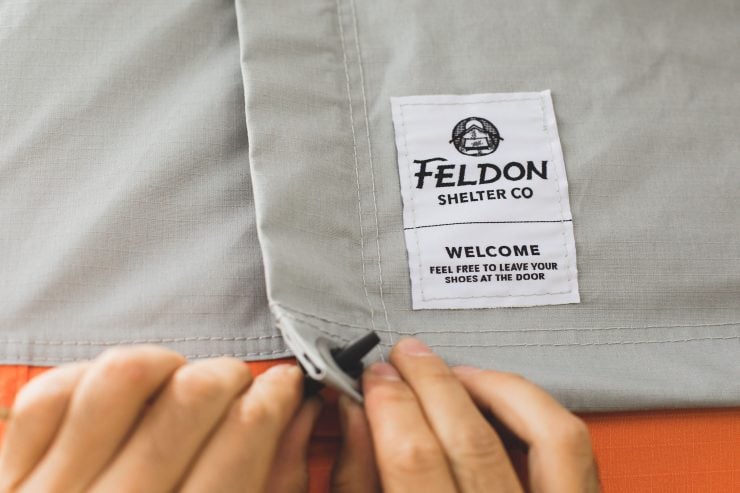 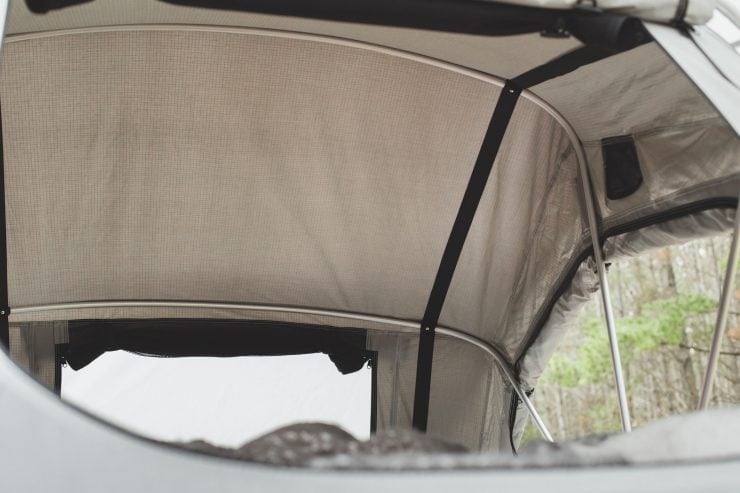