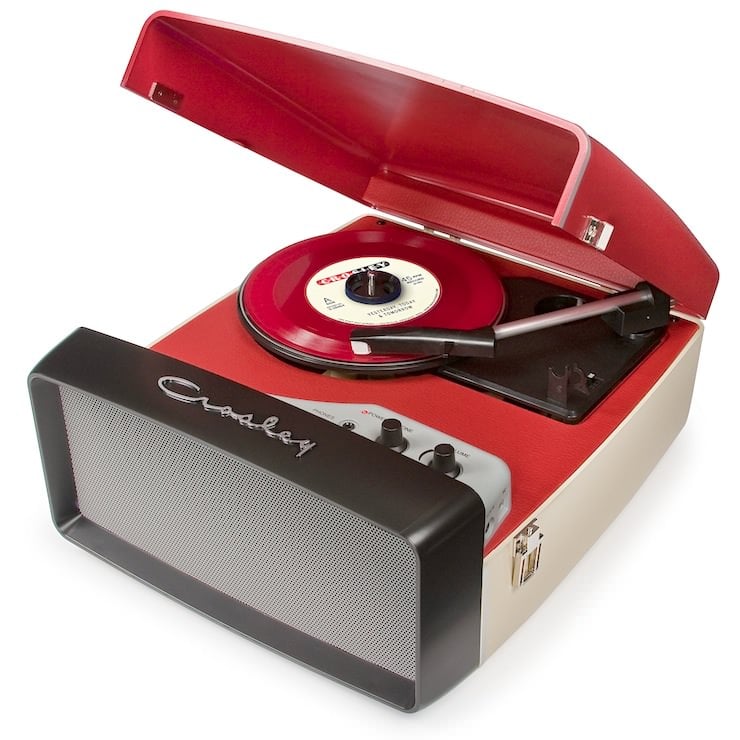 I’m convinced that every man should own a turntable and a few old records. CDs just don’t sound the same and the sound quality of most MP3s is far below what you get from a half-decent, classic record player.

This unit by Crosley is called the Collegiate Turntable, it folds into a suitcase and has a built in carry handle on top, front mounted dynamic stereo speakers behind an aluminium grill and a USB-out port that allows you to upload rare vinyl onto your computer or iPhone.