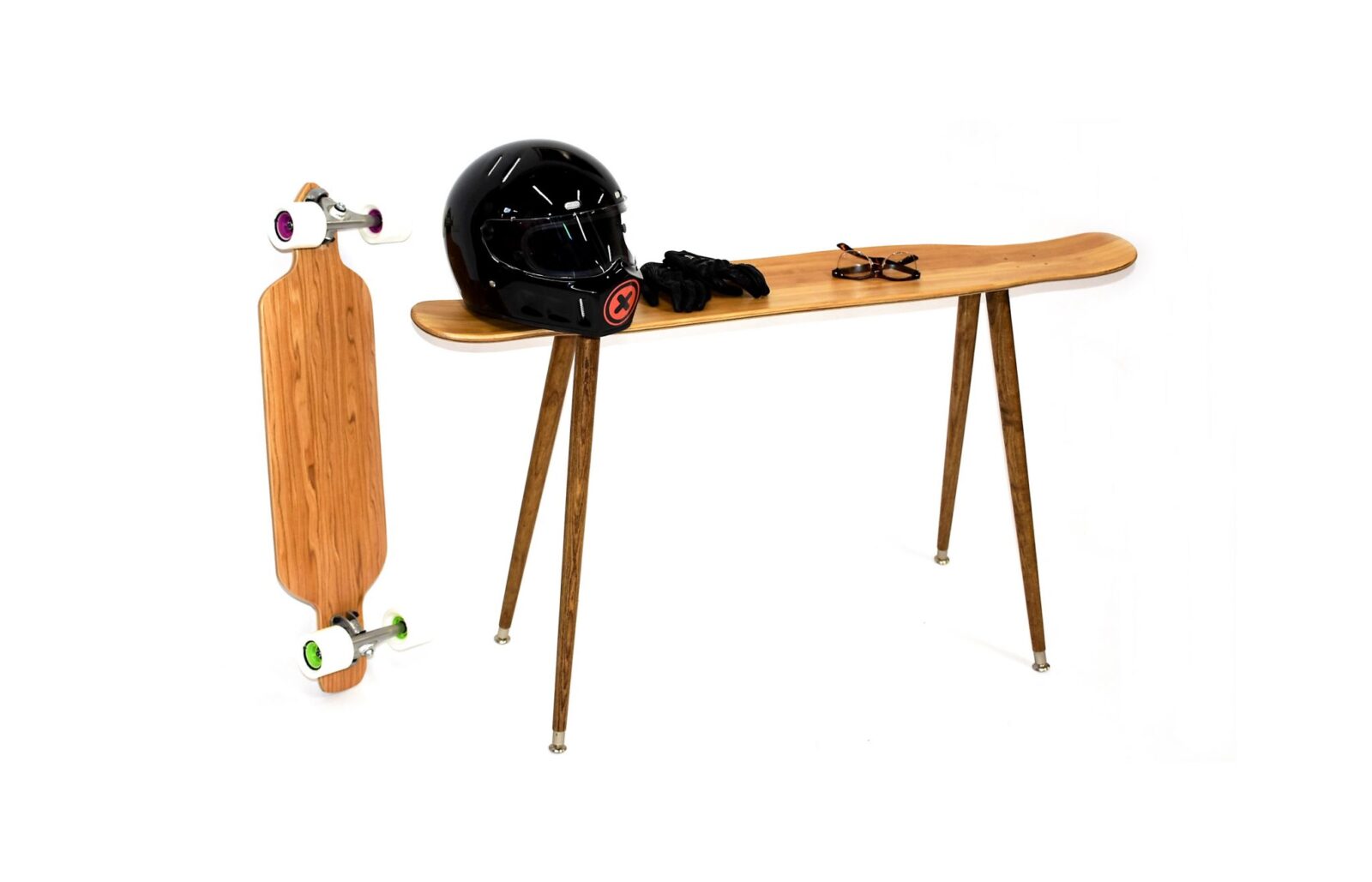 The Unit P2 Skateboard Table has a top made from a 49″ bamboo longboard deck, and hardwood legs with floor-safe pivoting feet. It’s designed to fit in hallways or rooms where space is at a premium, and standard office or dining chairs fit under it easily – making it an ideal micro office.

Unit P2 is a skateboard company founded by Jeff Yarrington, the man behind The Fuel Haus and Bozi Boards. Jeff’s work has been shown worldwide, including both his iconic skateboard designs and his work with custom cars and motorcycles. 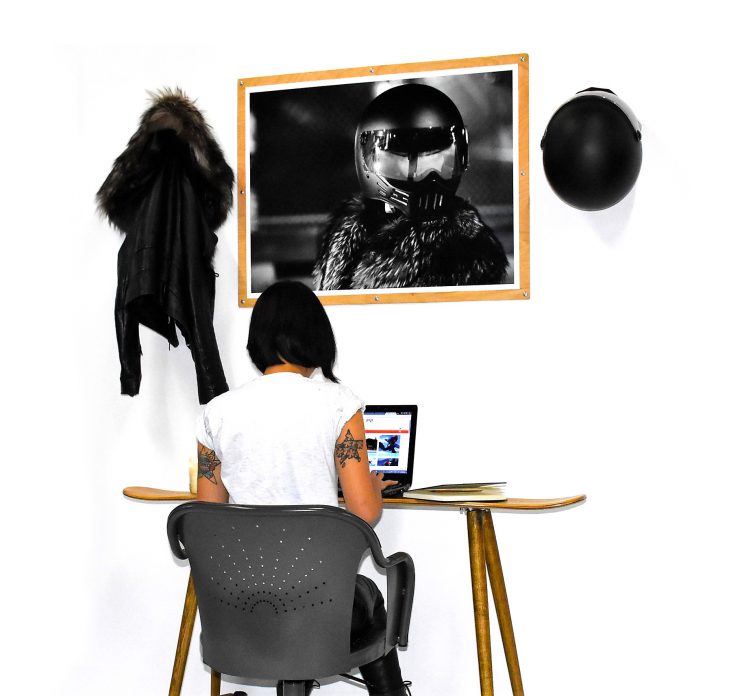 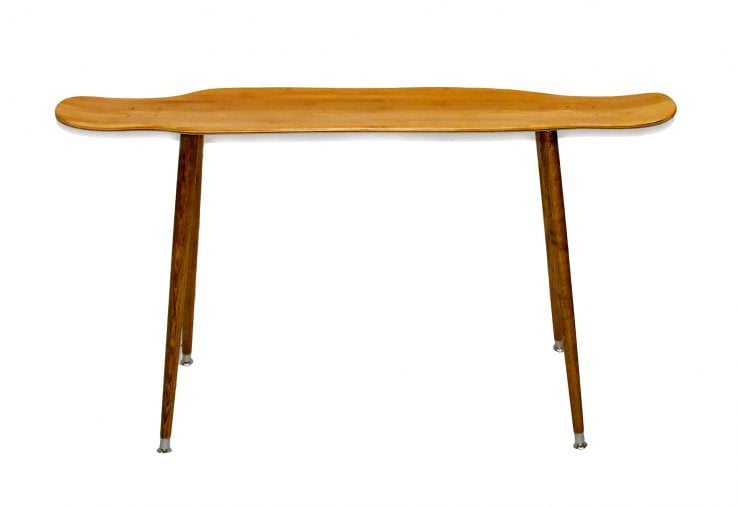