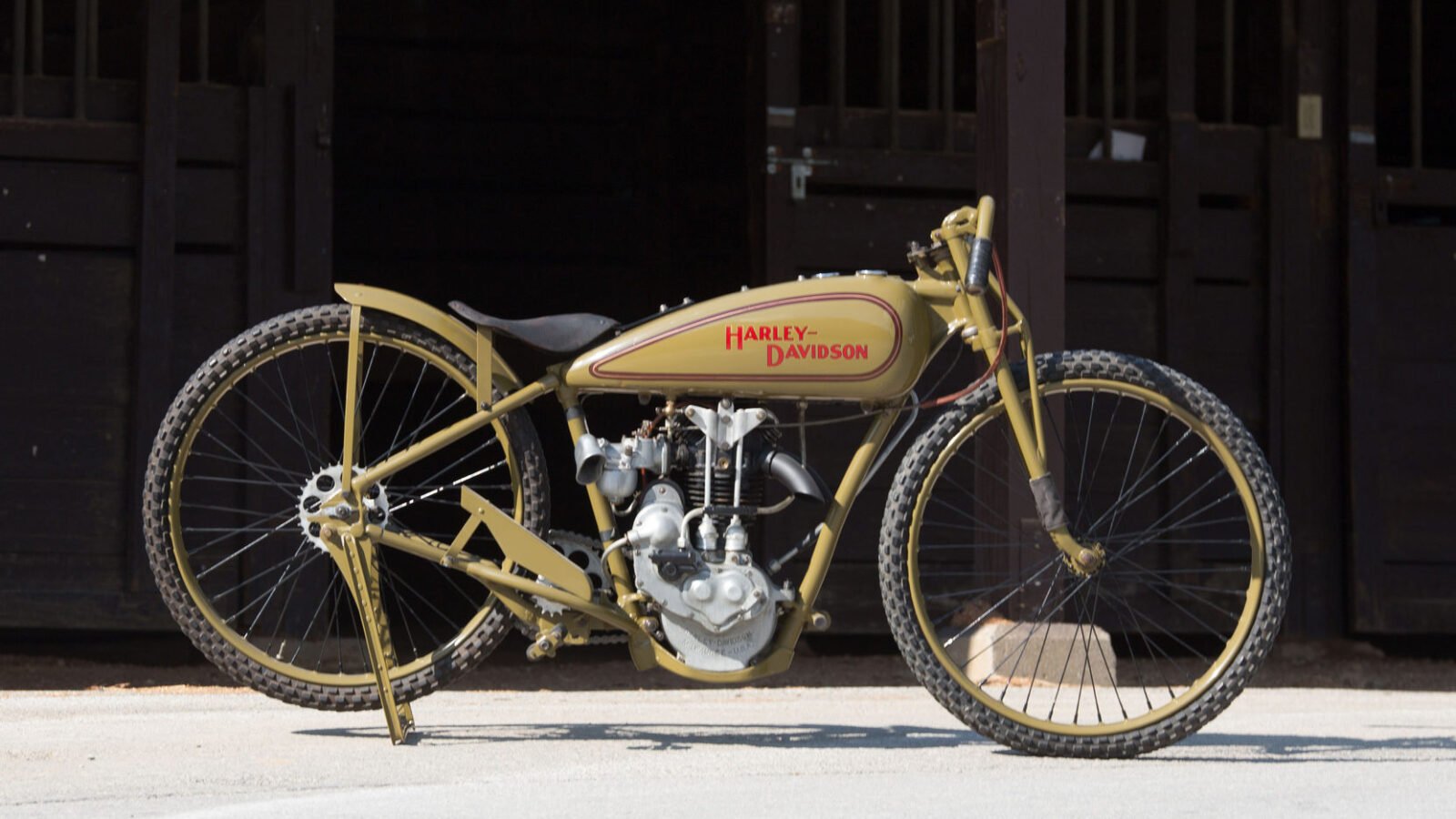 The Harley-Davidson Peashooter is a single-cylinder motorcycle originally released in 1926 to compete in the hotly contested AMA 21 cubic inch class. Indian and Excelsior were the established forces to be reckoned with in the smaller, single-cylinder racing world but Harley decided to dive in and compete – and also sell a line of smaller-engined road bikes.

The market for big twins was strong in the 1920s, but there was a larger (though less lucrative) market for simpler, smaller motorcycles. Harley-Davidson had started out making single-cylinder bikes but since the advent of their big twins, they’d paid a lot less attention to the genre – but 1926 would see this all change.

Countries like Australia, New Zealand, South Africa, Rhodesia, and regions like Europe, were more interested in economical and less expensive motorcycles – so a new 350cc Harley-Davidson could potentially open up new markets for the American marque.

In 1926 Harley-Davidson introduced the Model A and the Model B, both single-cylinder motorcycles with 350cc (21 cubic inch) engines. Both were sidevalve-engined (the A had a magneto, and the B had a battery/coil), for those who wanted to go racing the models were also offered with an OHV engine offering 50% more power – in Model AA and Model BA designations. Understandably, the side-valve engine was cheaper and sold far better – but it was its overhead-valve brother that would become an icon of the then-new dirt track racing scene.

The quickest iteration of the bike was to be the Model S, it used the same basic OHV engine as above, but with modifications from Harley-Davidson engineers giving it 30hp and a reported top speed in the 100mph range – solid numbers for a 350 single even today. The nickname “Peashooter” was given to the bike as a reference to its unusual exhaust popping sounds – a side effect of the performance tuning done on the OHV race bikes.

The 1928 Harley-Davidson Model SA Peashooter you see here is a restored original bike currently in the EJ Cole Collection, it’s due to be sold by Mecum Auctions between January 25th and 28th. If you’d like to read more about it or register to bid you can click here to visit the official listing. 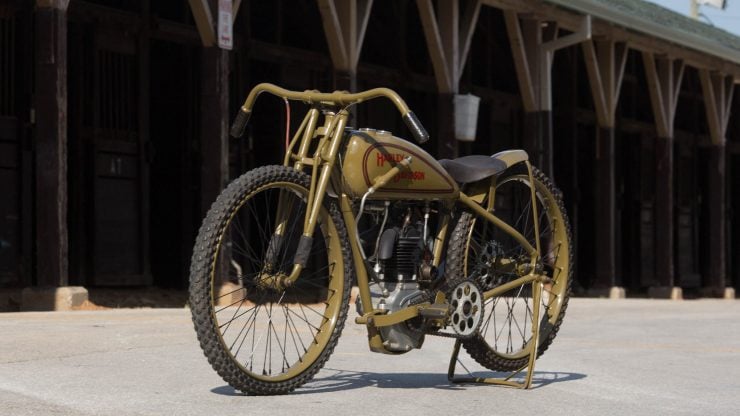 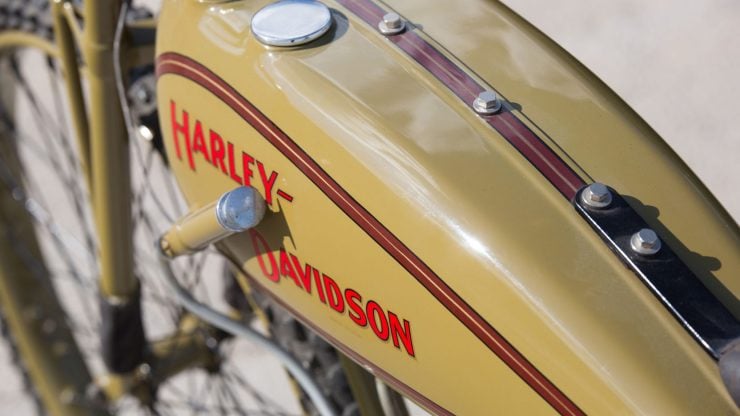 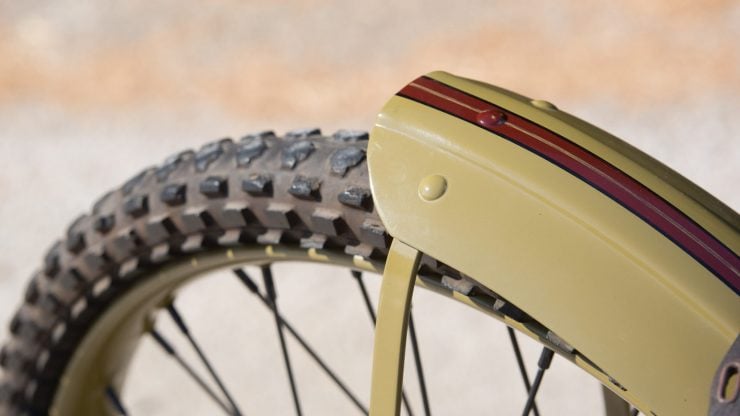 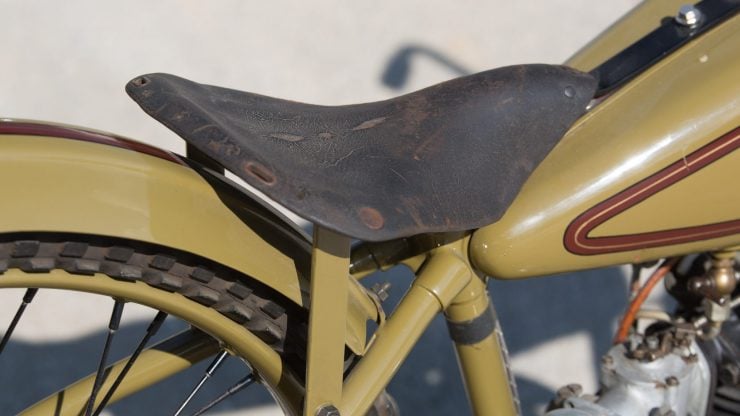 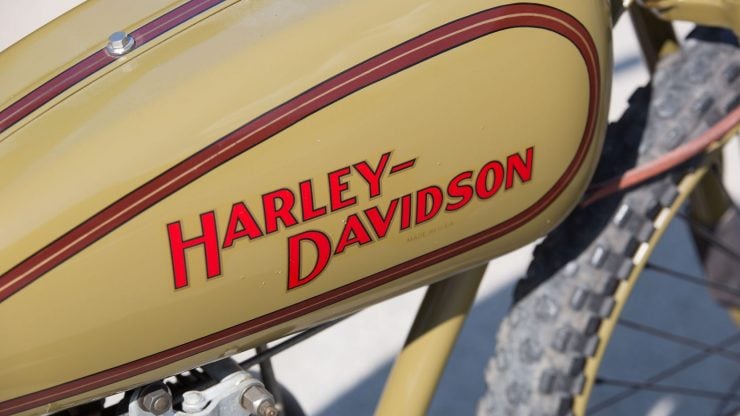 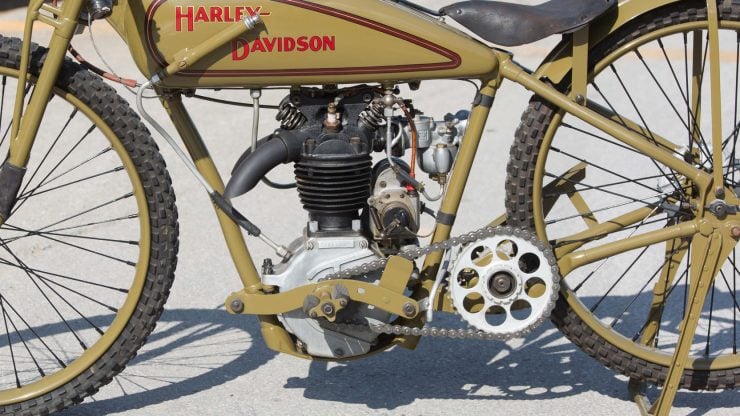 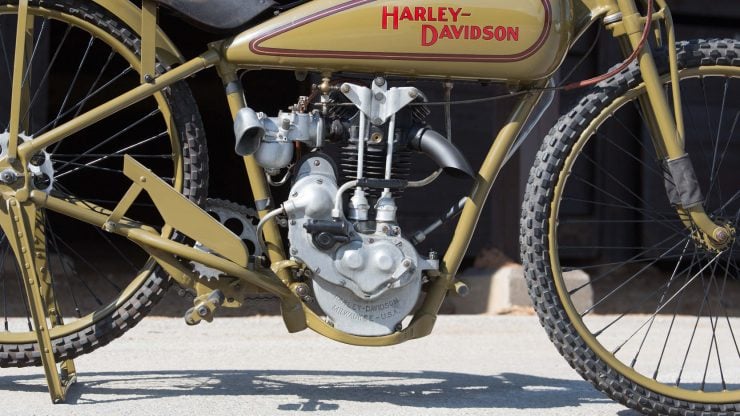 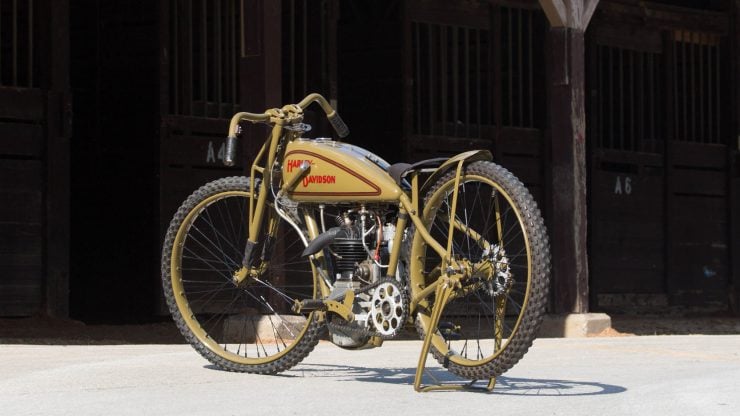 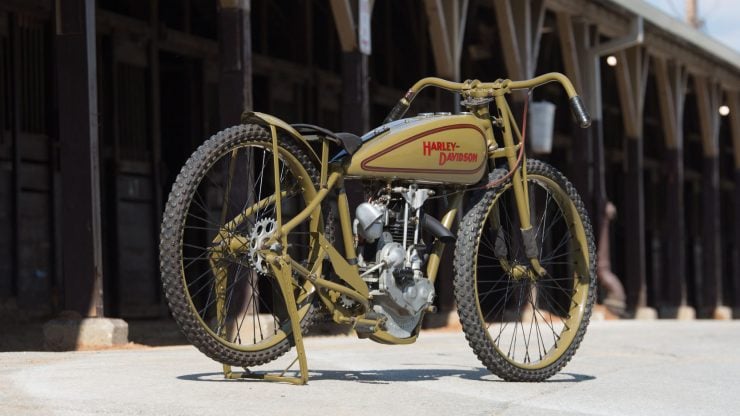 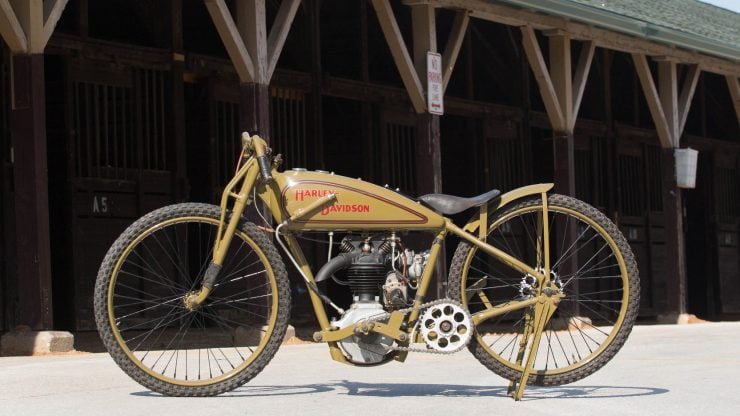 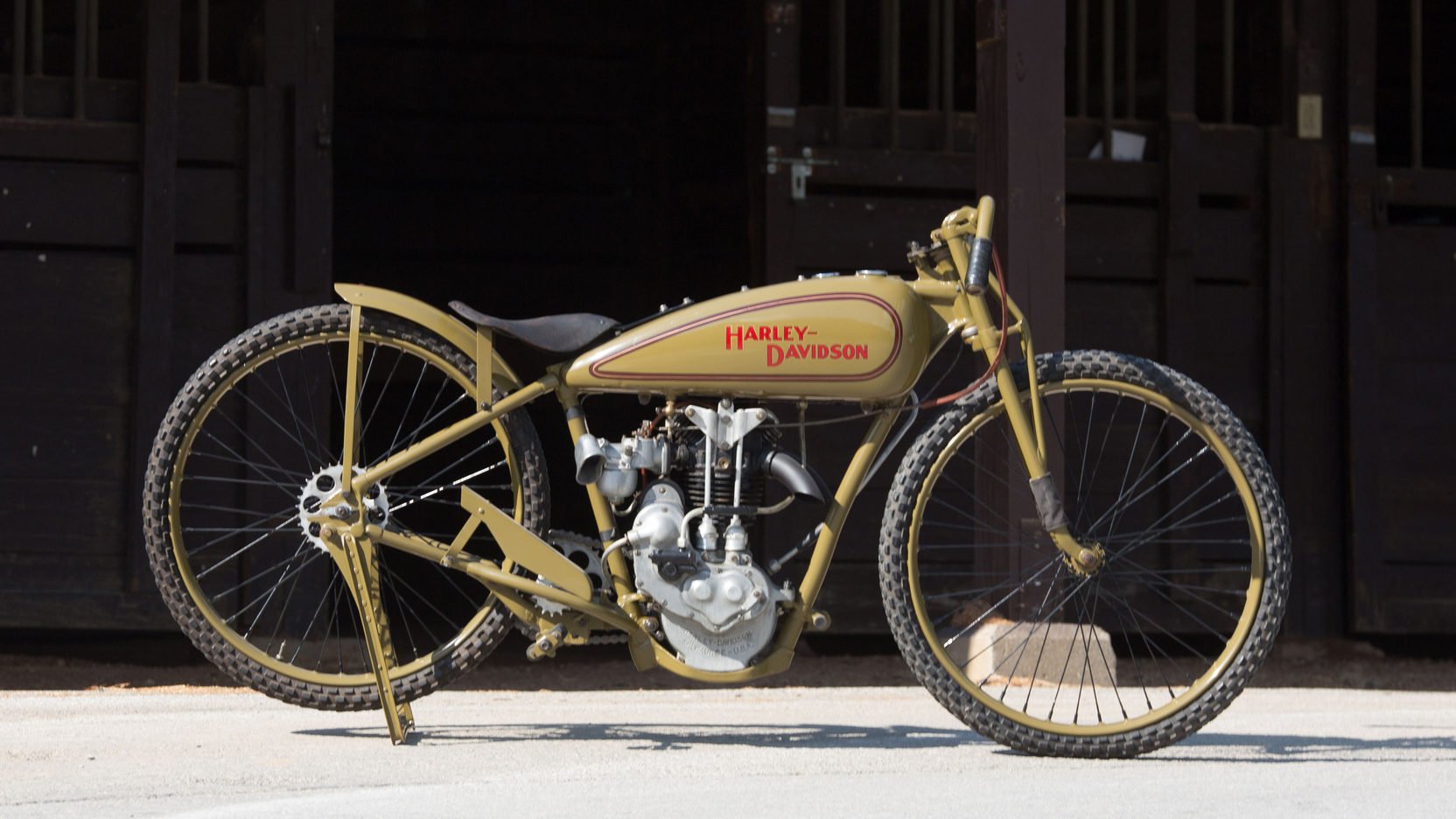