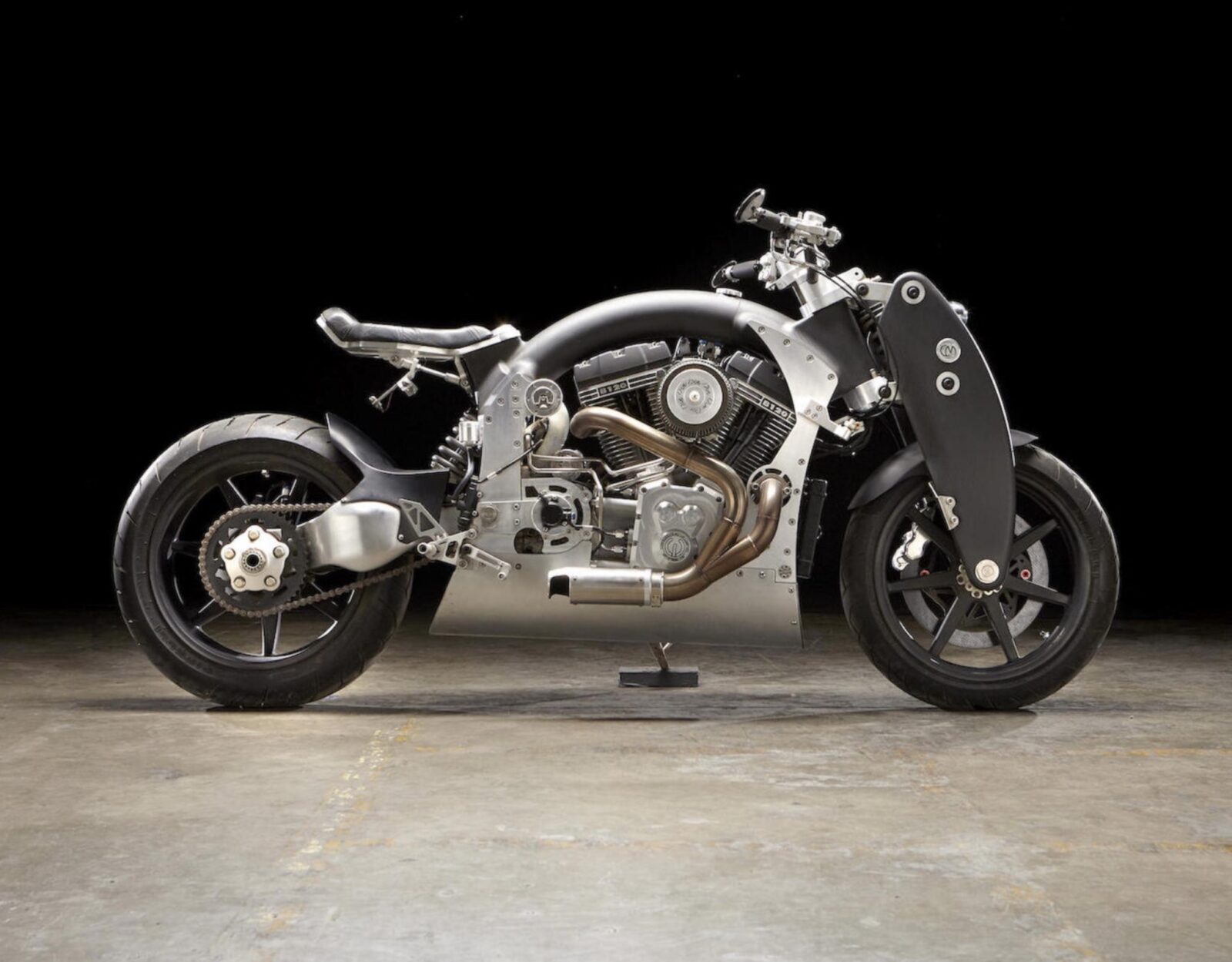 Less than 100 examples of the Confederate Wraith B210 were built during its limited production run, and it was the first motorcycle to roll out of the company’s new premises in Birmingham, Alabama after their original location was destroyed by Hurricane Katrina in 2005.

Confederate Motorcycles was founded in 1991 in Baton Rouge, Louisiana by Matt Chambers. The company occupies a space in the upper fringes of the motorcycle world, producing unique and unusually designed motorcycles that look like they travelled back from about 20 years in the future.

Tom Cruise, Brad Pitt, and Bruce Springsteen all own various Confederate bikes, and because of the company’s low production numbers it’s not particularly easy to become an owner. In order to showcase their engineering acumen the team at Confederate took a custom-built bike to Bonneville in 2008, their target was the record for the A-PF 2,000cc pushrod/unfaired class which had been set at 141 mph. They did the required two runs in opposite directions – and obliterated the previous record by 25.459 mph with an averaged speed of 166.459mph.

The Confederate Wraith B210 is powered by a modified JIMS 45-degree V-twin with a swept capacity of 1967cc, and a power output of 125hp. Power is sent to the rear wheel via a compact stacked-shaft, five-speed gearbox and a belt primary, with a chain final.

The two most eye-catching features of the Wraith B210 are the large carbon fibre blade-type girder forks and carbon fibre arched backbone frame that uses bespoke aluminium bulkheads to sandwich the engine. The wheels are lightweight Marchesini units front and back, and the single seat is upholstered in thick black leather. Fuel is stored in the tank under the sump, and the carbon fibre spine doubles as an oil tank.

The Wraith B210 you see here is likely to fetch between $60,000 and $70,000 USD when it sells with Bonhams in Las Vegas on the 26th of January, and if you’d like to register to bid or read more about it you can click here to visit the listing. 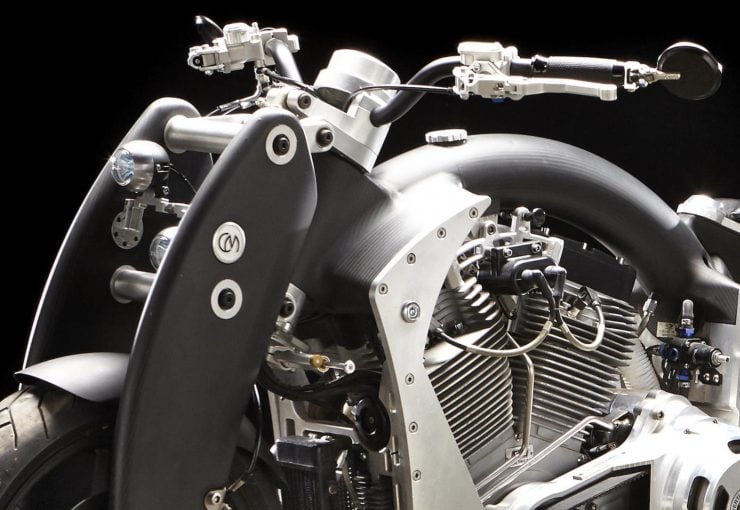 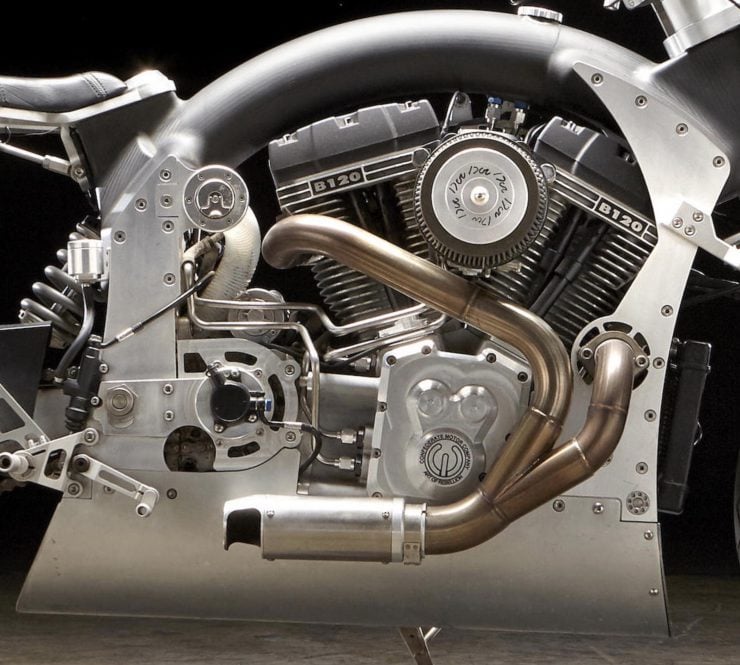 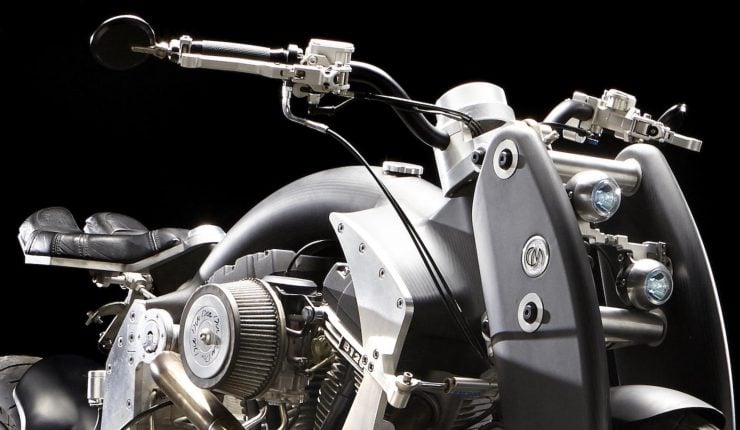 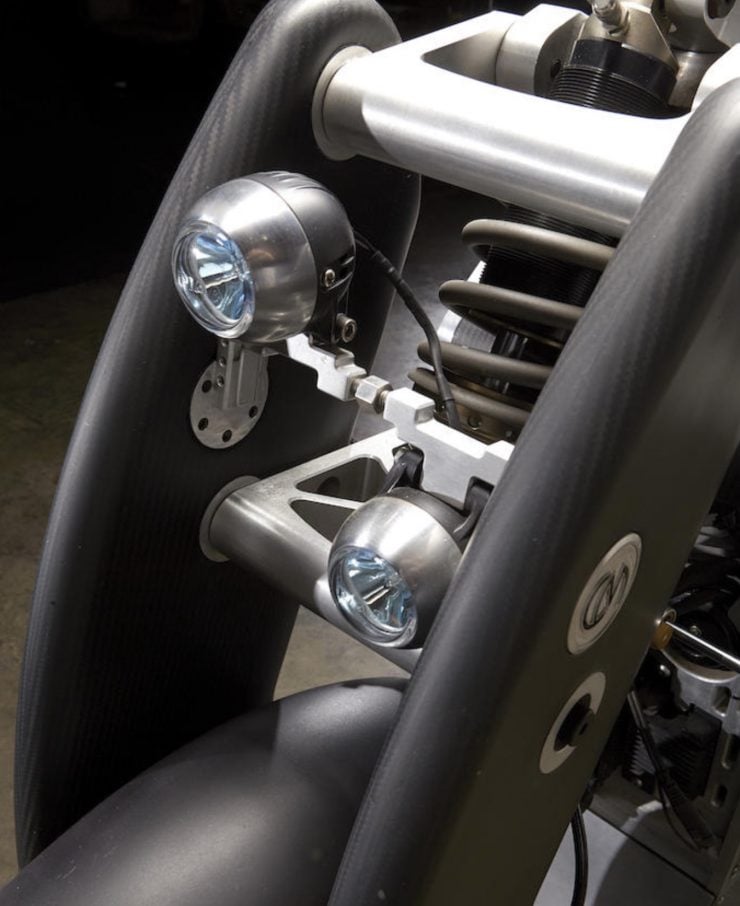 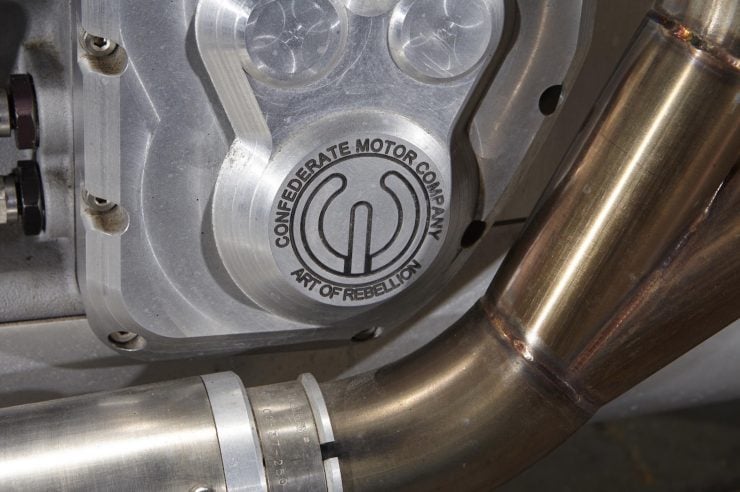 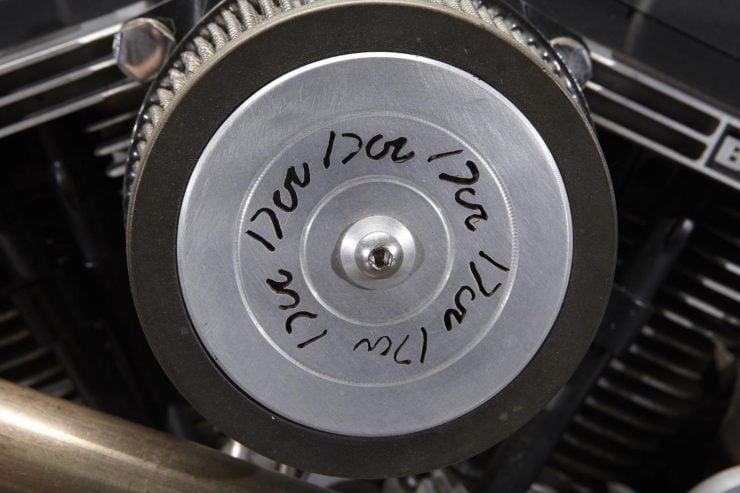 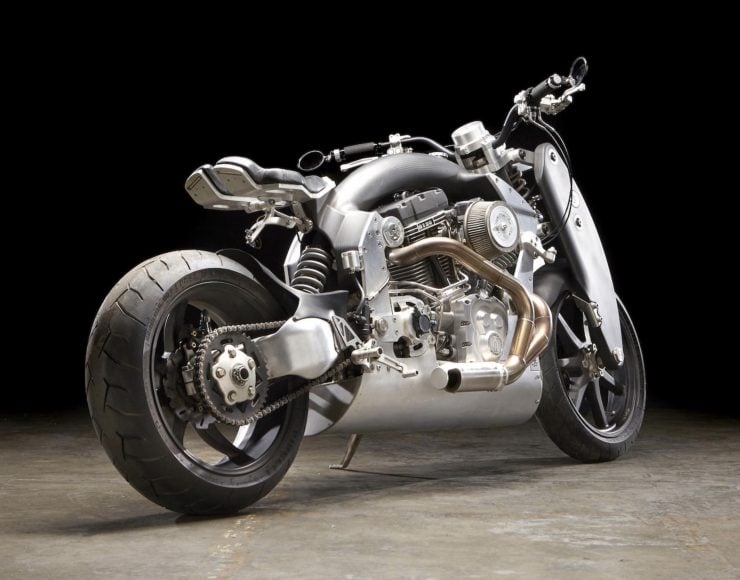 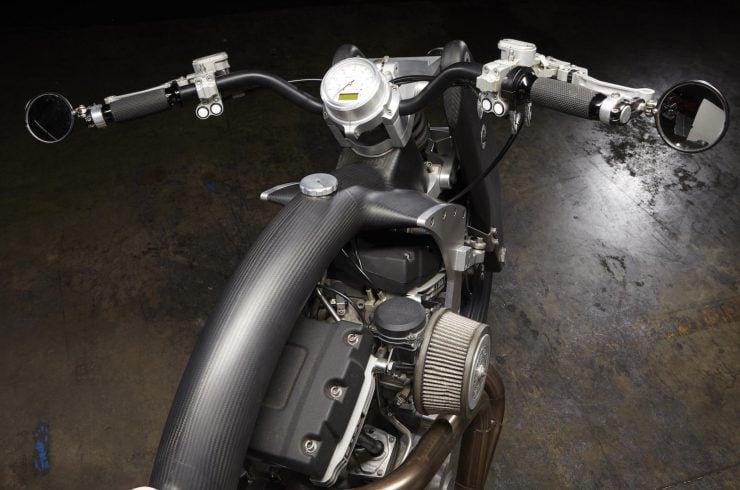 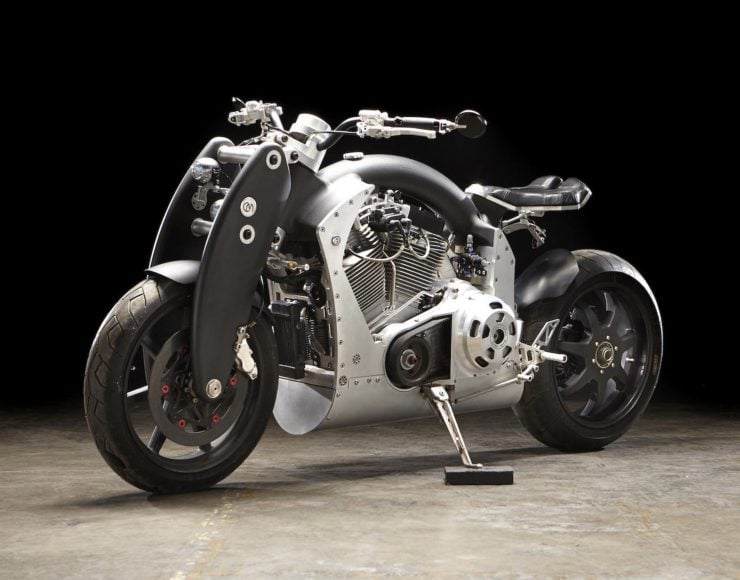 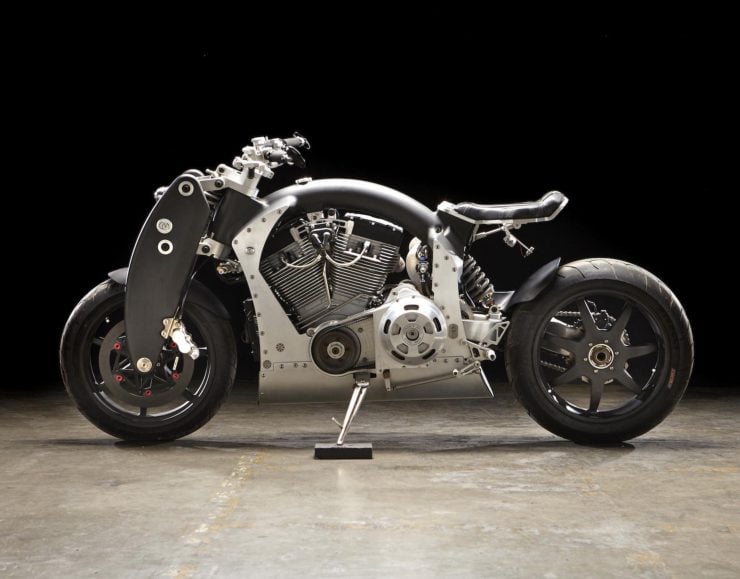 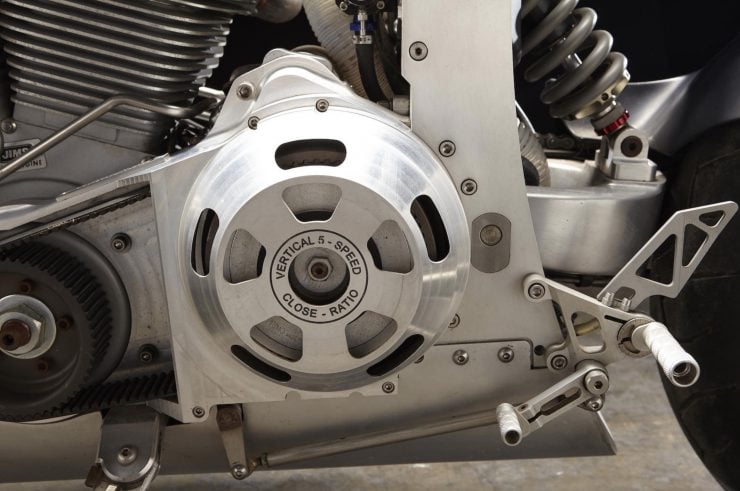 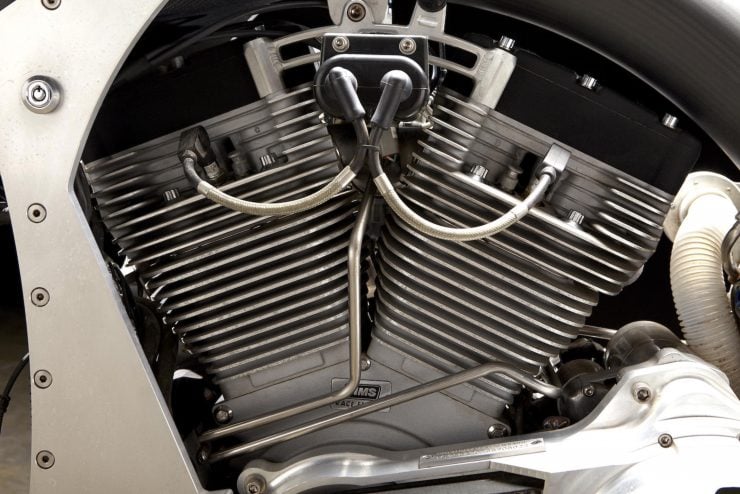 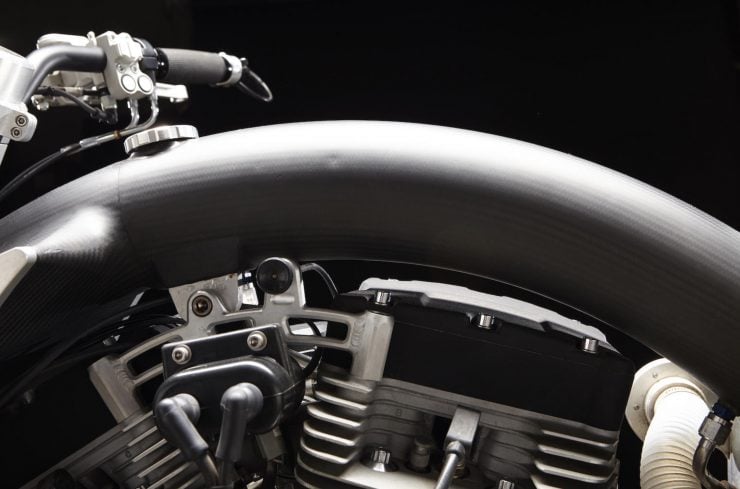 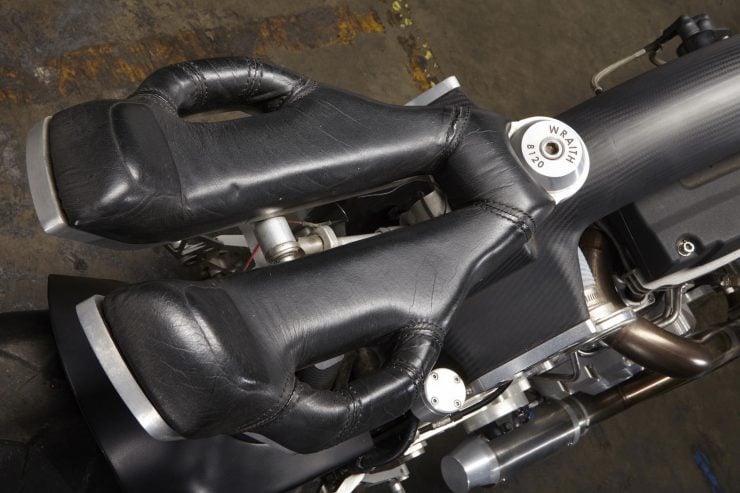 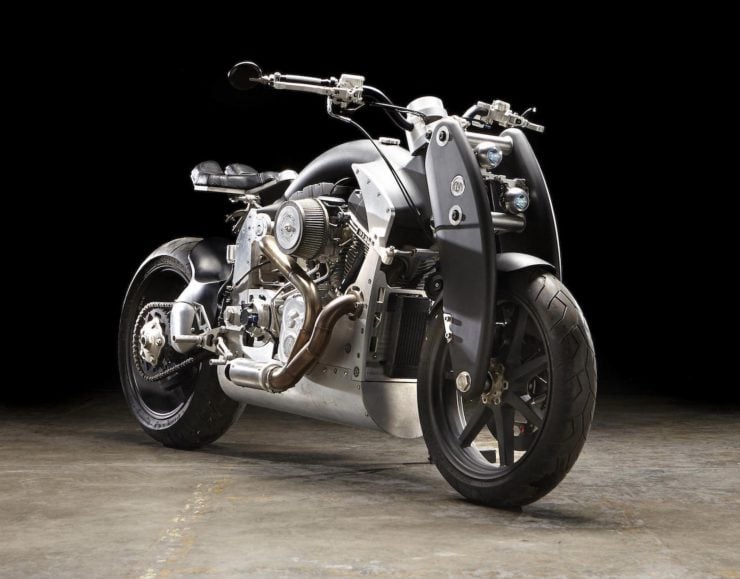 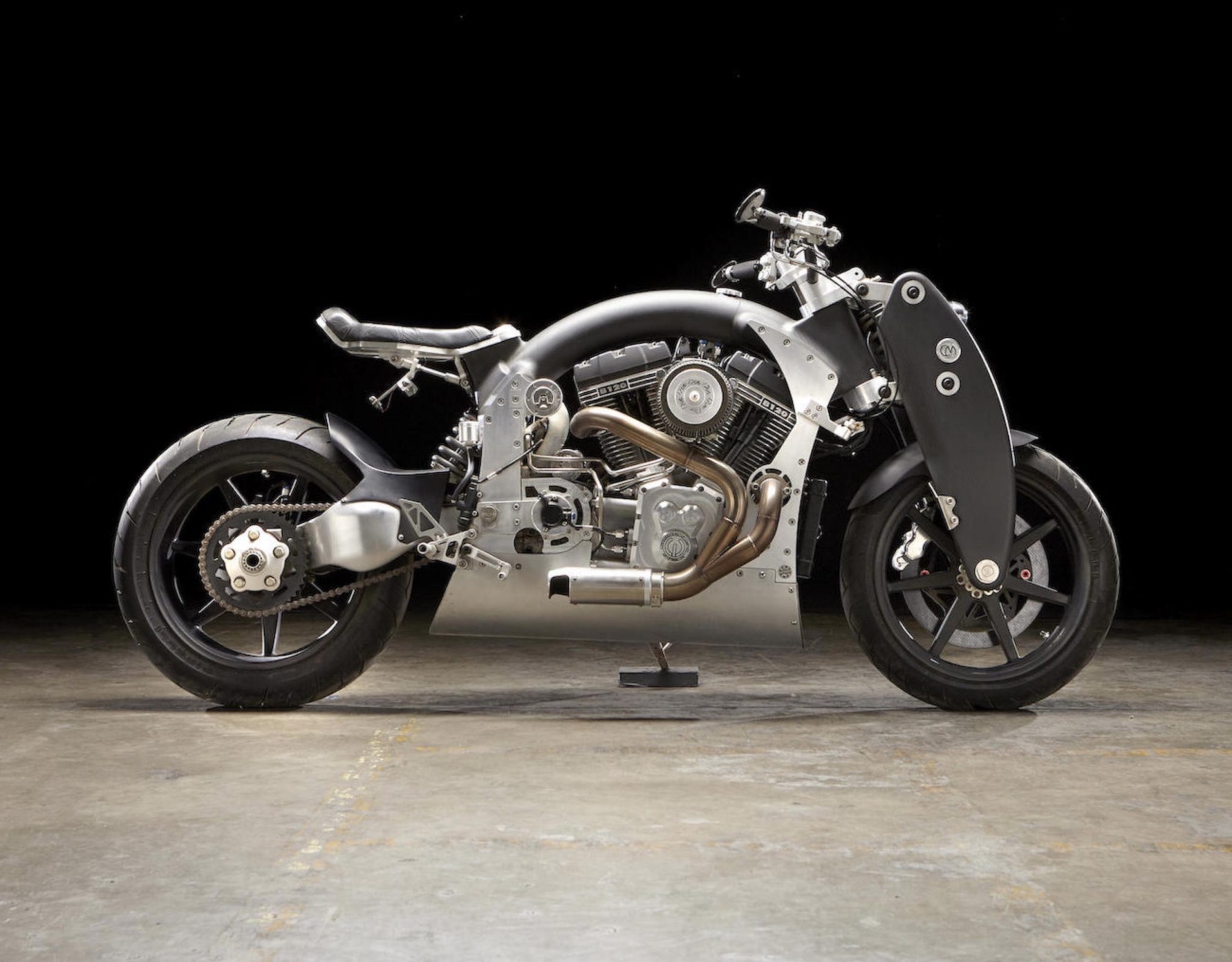