Anyone who’s been reading Silodrome for a while will know of my undying passion for flat track motorcycles. The guys at Co-Built Motorcycles have taken their own passion for the bikes to its inevitable conclusion, they build their own. And then they race them.

This short film has us meeting Anthony & Geoff of Co-Built Racing, it briefly takes you through the history of the company and introduces you to the full team. If you’re a fan of flat trackers, this film will make you smile. And then it’ll make you want to go racing around a muddy oval. 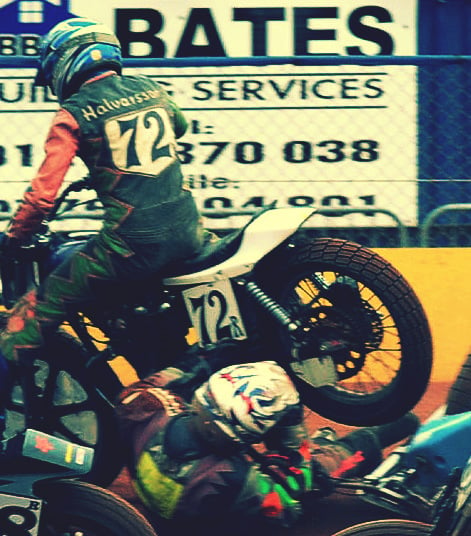