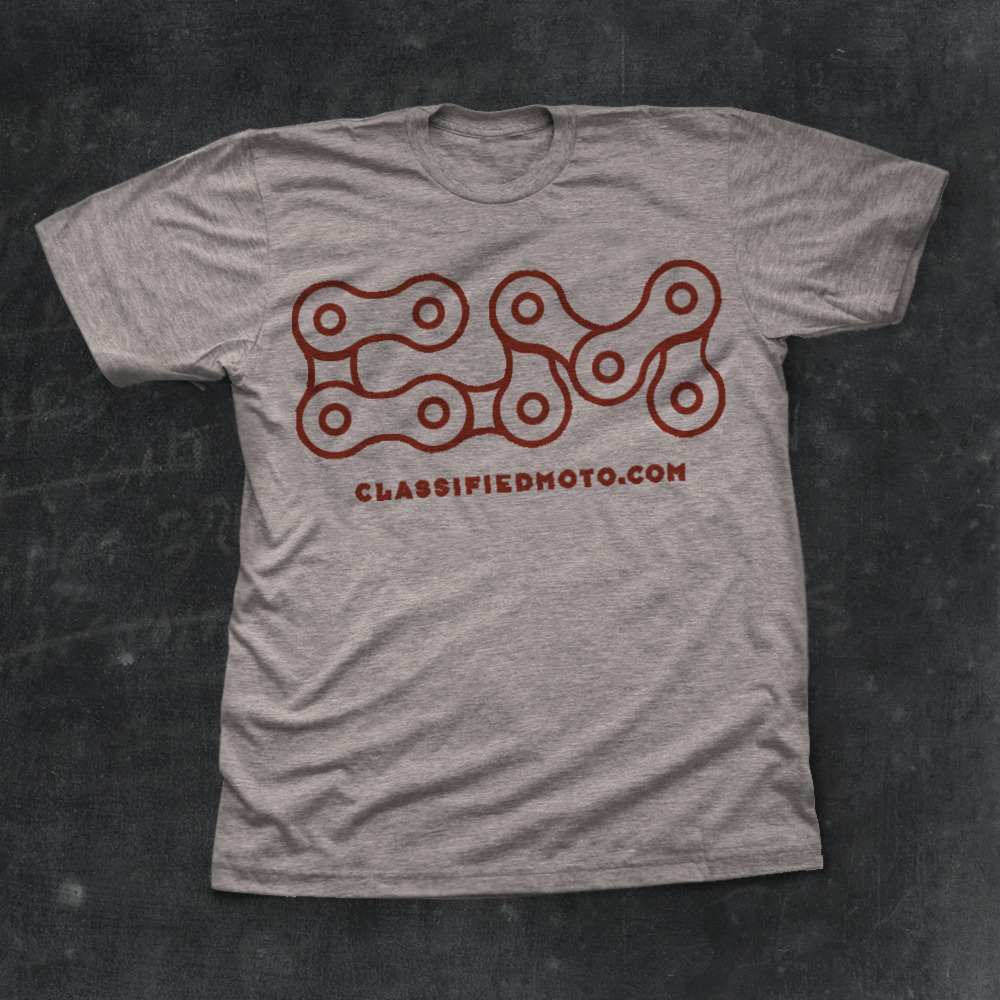 Classified Moto is one of my favourite custom bike shops, the garage is run by John Ryland, a friendly guy who has a bucket load of bike building and design talent.

This tee was designed by Bob Ranew, a customer of Classified Moto, and John liked it so much he now sells them for $29 a pop via his beautifully designed webstore here.