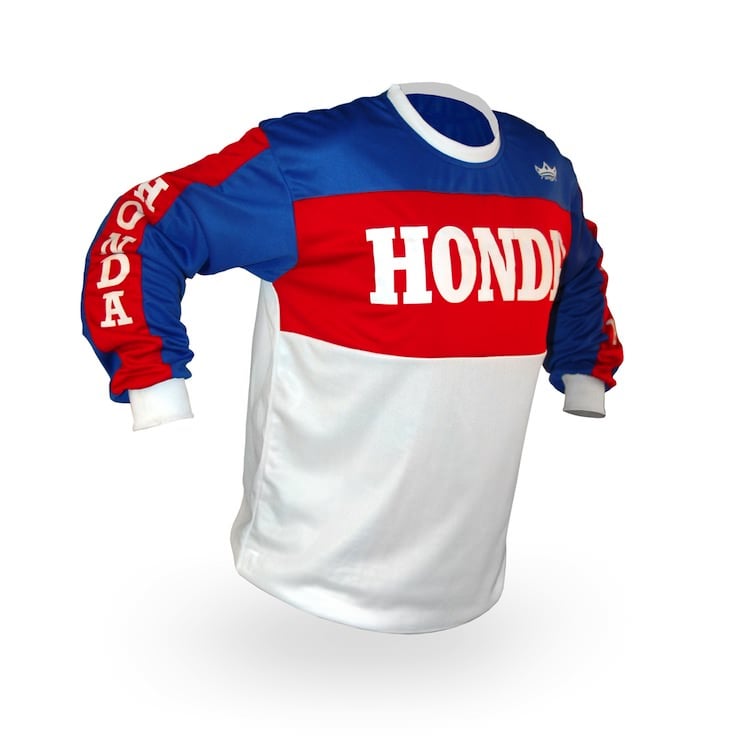 There’s something about the 1970s and MX that combined to create a perfect storm of retro, gasoline powered style that’s instantly recognisable and hugely appealing.

These Honda MX jerseys have been designed to look exactly like the originals, they made from a modern, micro-birdseye vented moisture wicking fabric (rather than the old polyester), they have built in elbow padding like the originals and they can be ordered with your name and racing number printed on the back.

At just $39.95 USD you’ll be able to buy one without breaking the bank, Reign VMX just got a new shipment in as they rapidly sold out of the previous stock. If you’d like to jump in and get yours made you can click here. 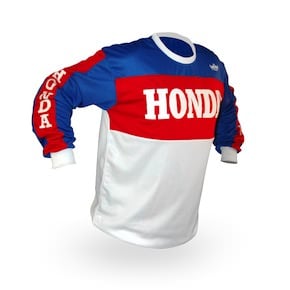