Board Tracker by Wolf Creative Customs 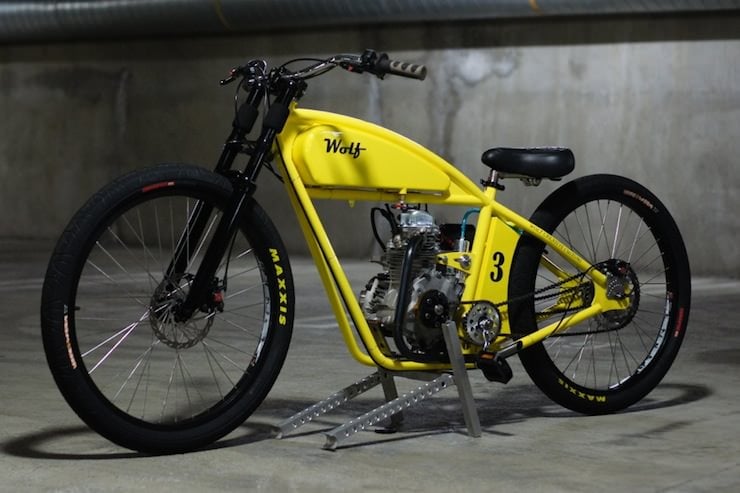 Wolf Creative Customs is a father and son team that have been consistently producing some of the coolest, function-first motorized bicycles we’ve ever seen. This board tracker inspired custom is their latest creation and for someone like me, who is slightly obsessed with board trackers, it represents a perfect meld between engines and bicycles.

That air-cooled, single cylinder engine has a 200cc capacity and is fed by a 22mm Mikuni carburettor. The exhaust is a straight pipe with no mufflery bits, meaning the engine can breathe to its full potential and the frame is a modified bicycle unit designed by Richard Nelson Helmutt.

To ensure it can stop it’s been fitted with front and rear disc brakes, the reduction drive system is based on the same design as the old board track racers (supplied by Sportsman Flyer). Jonathan tells me that the horsepower could be doubled with a few tweaks but he says it’s already a very quick bike and is a blast to ride. 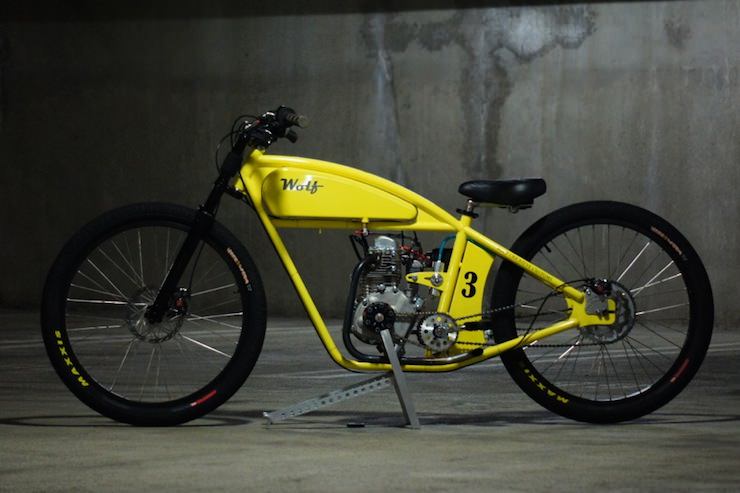 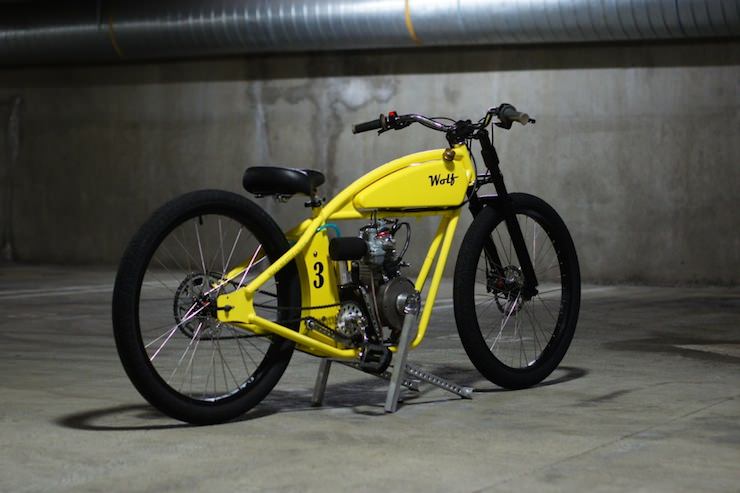 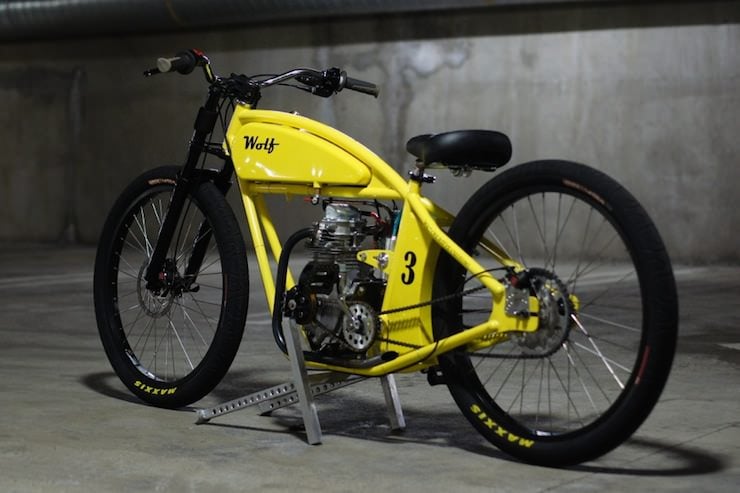 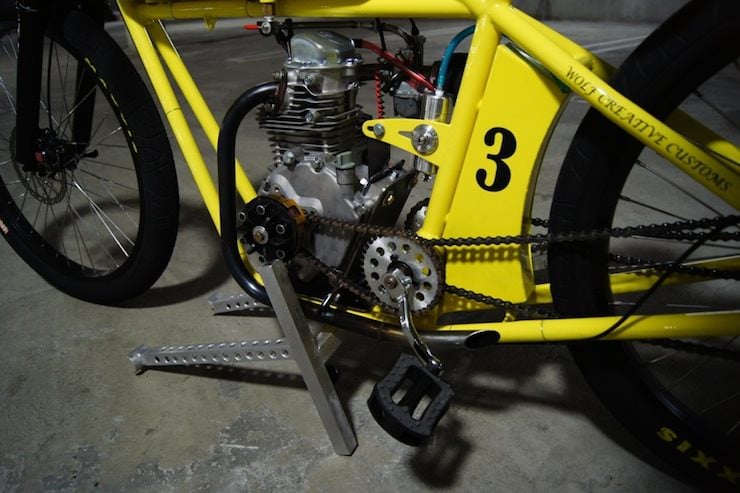 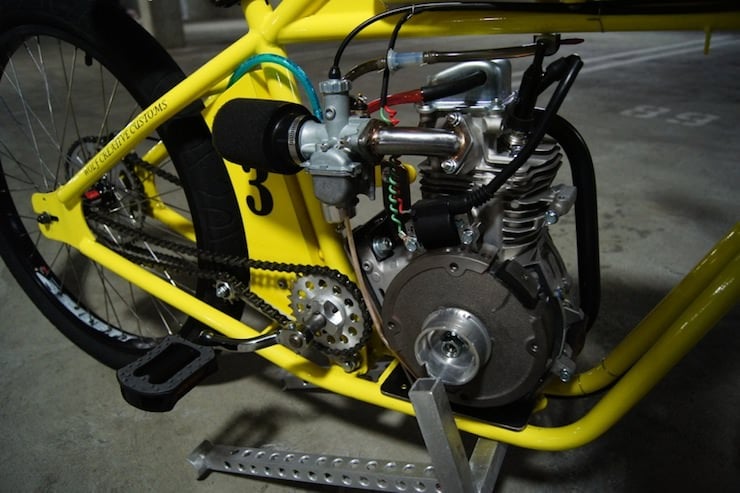 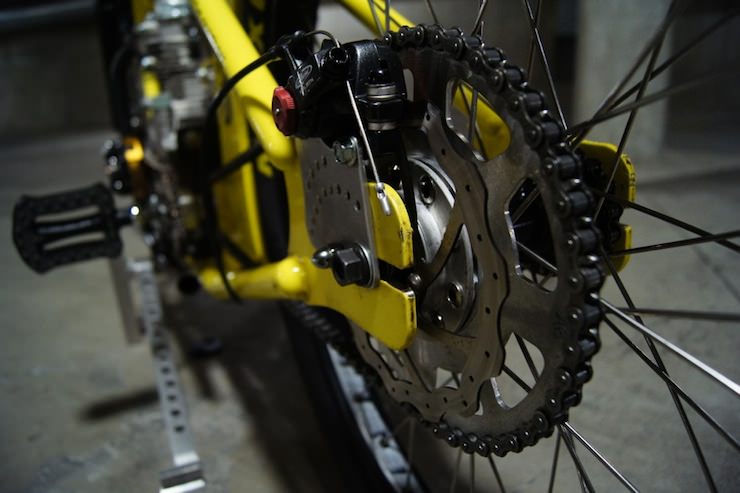 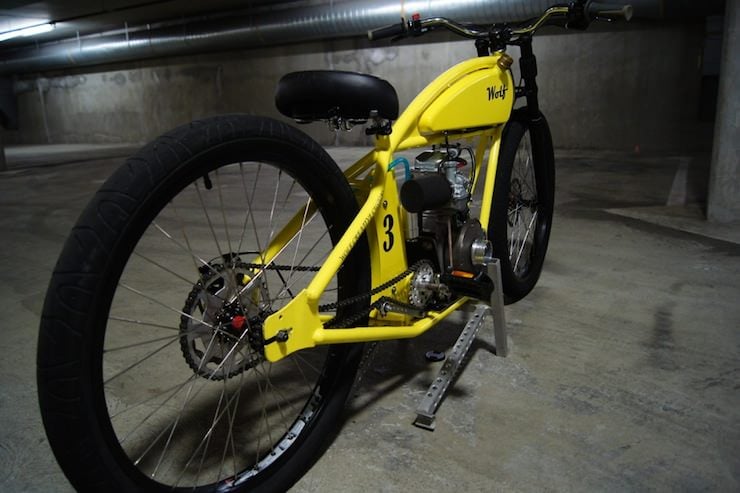 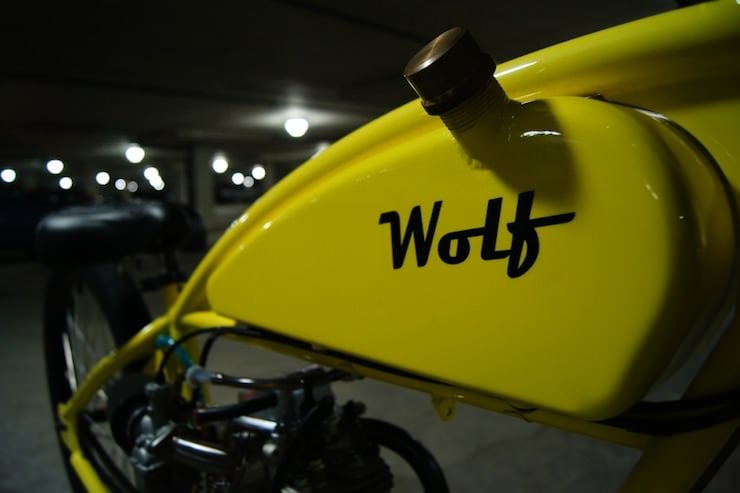 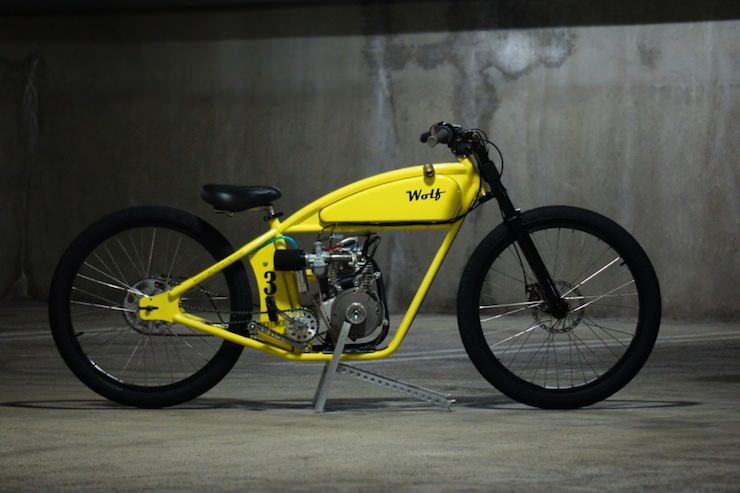 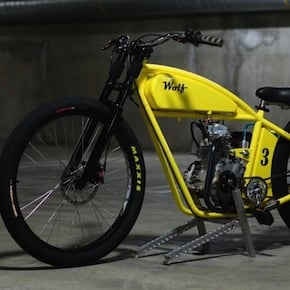