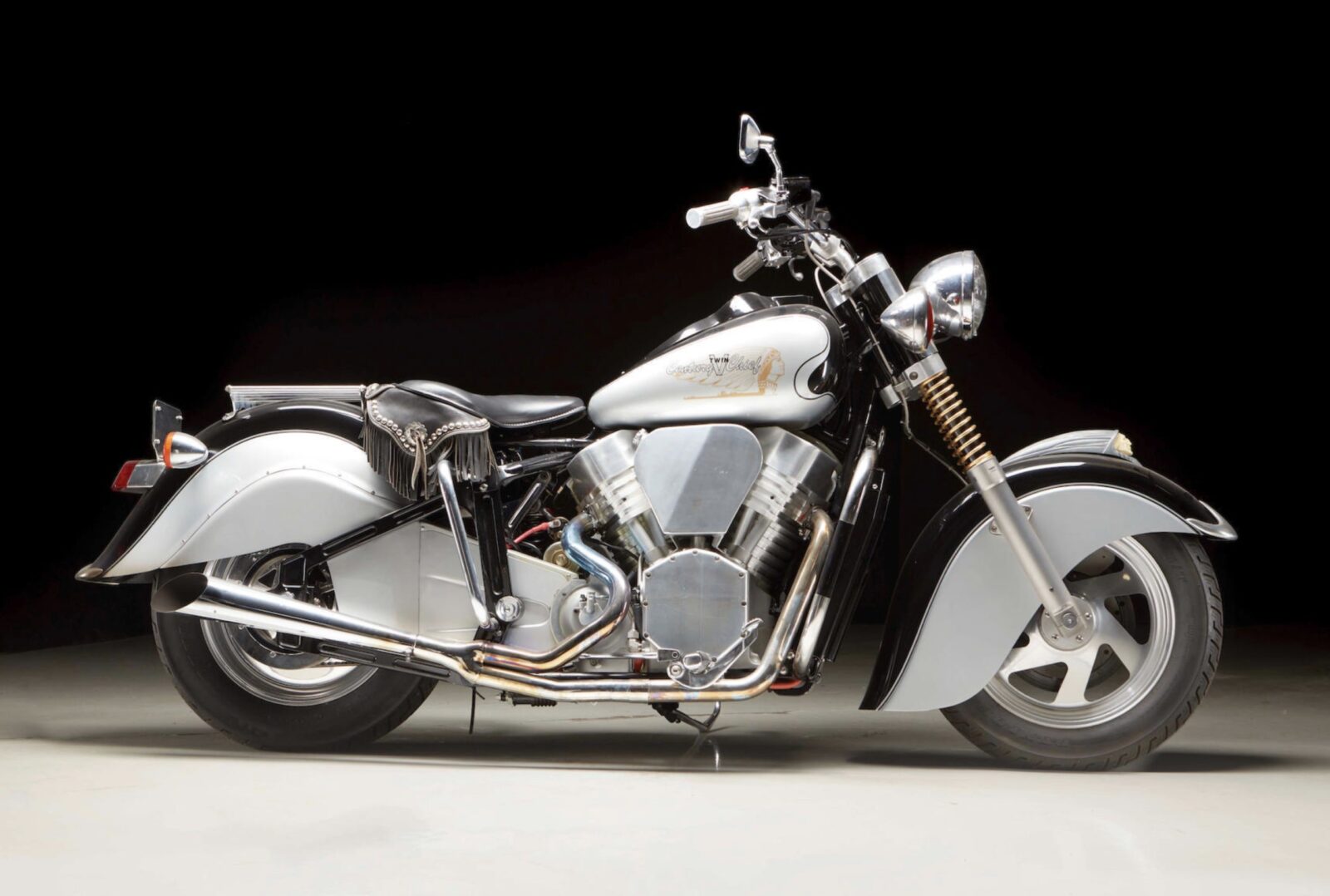 The 1994 Century V-Twin Chief was a prototype motorcycle developed in the hopes of reviving the Indian Motocycle marque, it features an entirely unique engine that was CNC milled from billet aluminium alloy and unusually it features three valves per cylinder.

Today we recognise Indian as a popular, booming motorcycle company providing much needed American competition for Harley-Davidson – just like they did for the first half of the 20th century. In the early 1990s legal wrangling was taking place over who actually owned the rights to the Indian name, one of the claimants was Wayne Baughman, an Albuquerque car-parts salesman who formed Indian Motorcycle Manufacturing Inc. 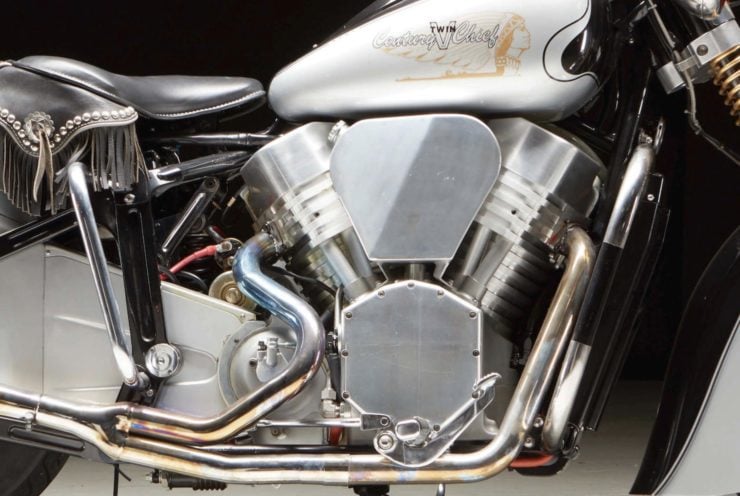 Unlike many of the attempted revivals, the Baughman attempt was actually quite far along. The team had designed and produced two running and rideable prototypes to garner the attention of the media, and hopefully acquire some investors. The prototypes worked and approximately $5 million of investment was secured to get the project off the ground.

In order to bypass the legal battle that was underway over the Indian name, Baughman named his motorcycle the “Century V-Twin Chief”. His plan was to use the Indian name if he was legally permitted to, but in the meantime he set about making a motorcycle as close to a modern version of the iconic Indian Chief as he could.

The relaxed riding style, large V-twin, elegant fenders, and classic American motorcycle profile of the original Indian were all carried forward onto the Century V-twin Chief, and it was (arguably) quite handsome motorcycle by the standards of the cruisers of the day.

From an engineering stand-point, the Baughman Chief was notably more advanced than the road-going Harleys of the era. Its CNC milled alloy engine still used pushrods, but they were gear driven pushrods actuating three valves per head – two inlet valves and one exhaust valve. The total swept capacity of this V-twin is 1646cc and it has a dry sump design, with a 100mm x 100mm bore and stroke, a 10:1 compression ratio, and it’s air and oil-cooled with twin oil radiators. 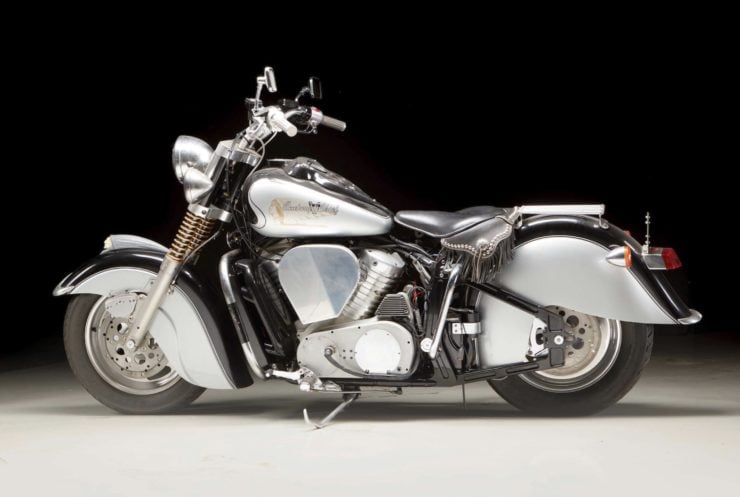 The fuel injected engine produced (according to company claims) 98 hp at 5,600 rpm and 90 ft lbs of torque at 4,300 rpm. Final drive was via toothed belt and although the bike looks like it’s a hard tail, it actually has hidden rear suspension.

Baughman had been successful in having a prototype designed, bringing in investment, and acquiring 50 dealers worldwide to sell his new motorcycle. What he failed at was securing the rights to actually use the Indian name, and once a large court case settled ownership in the favour of someone else, the project to build the “Indian” Century V-Twin Chief quickly fell apart.

This collapse left just two examples of the “Indian” Century V-Twin Chief extant, and this is one of them. Bonhams is due to offer it for sale at the Las Vegas Motorcycle Auction on the 23rd of January, they estimate that it’ll sell for between $12,000 and $15,000 USD. If you’d like to read more about it or register to bid you can click here to visit the listing. 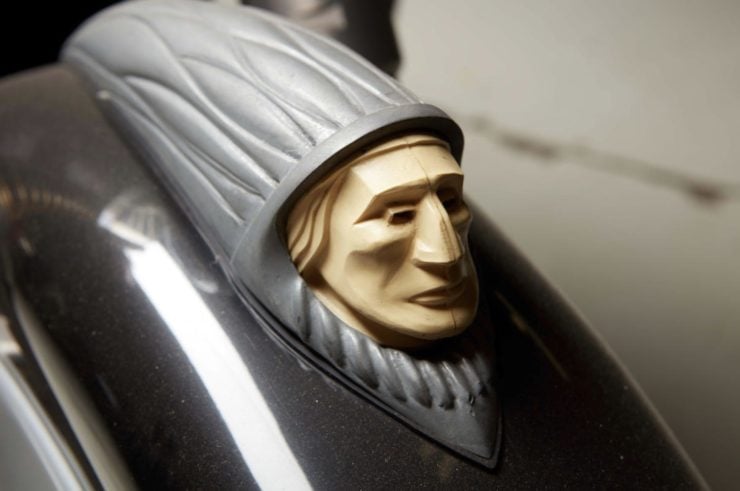 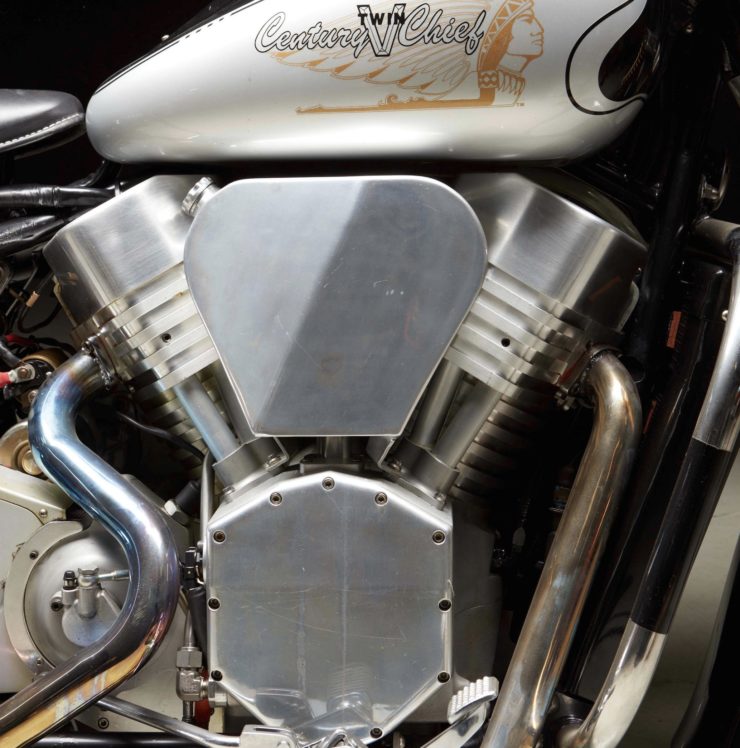 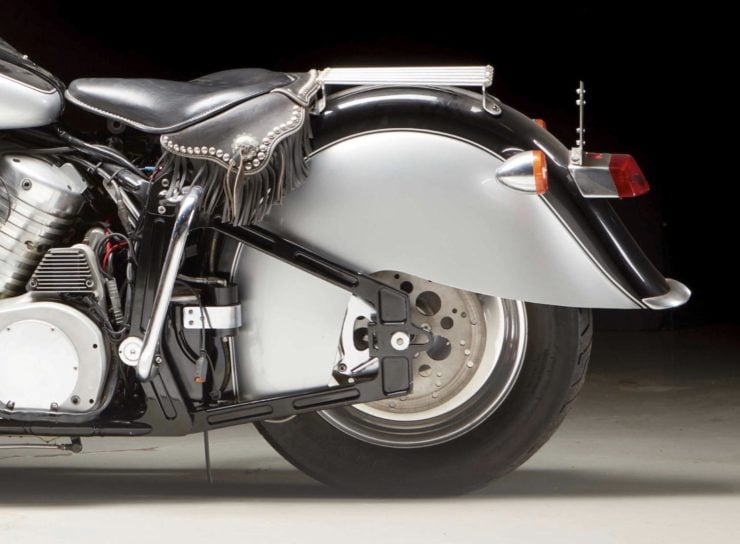 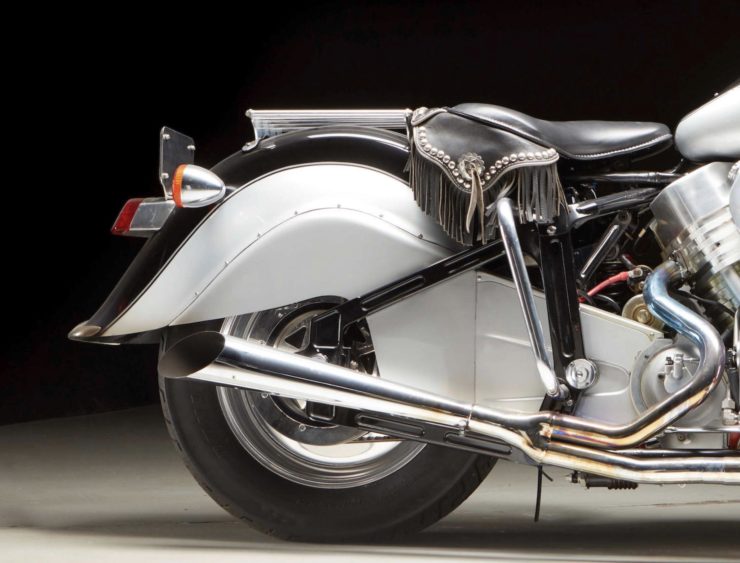 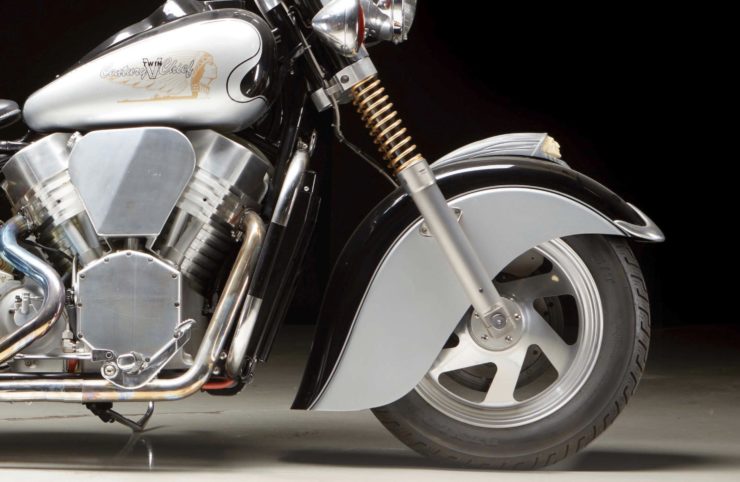 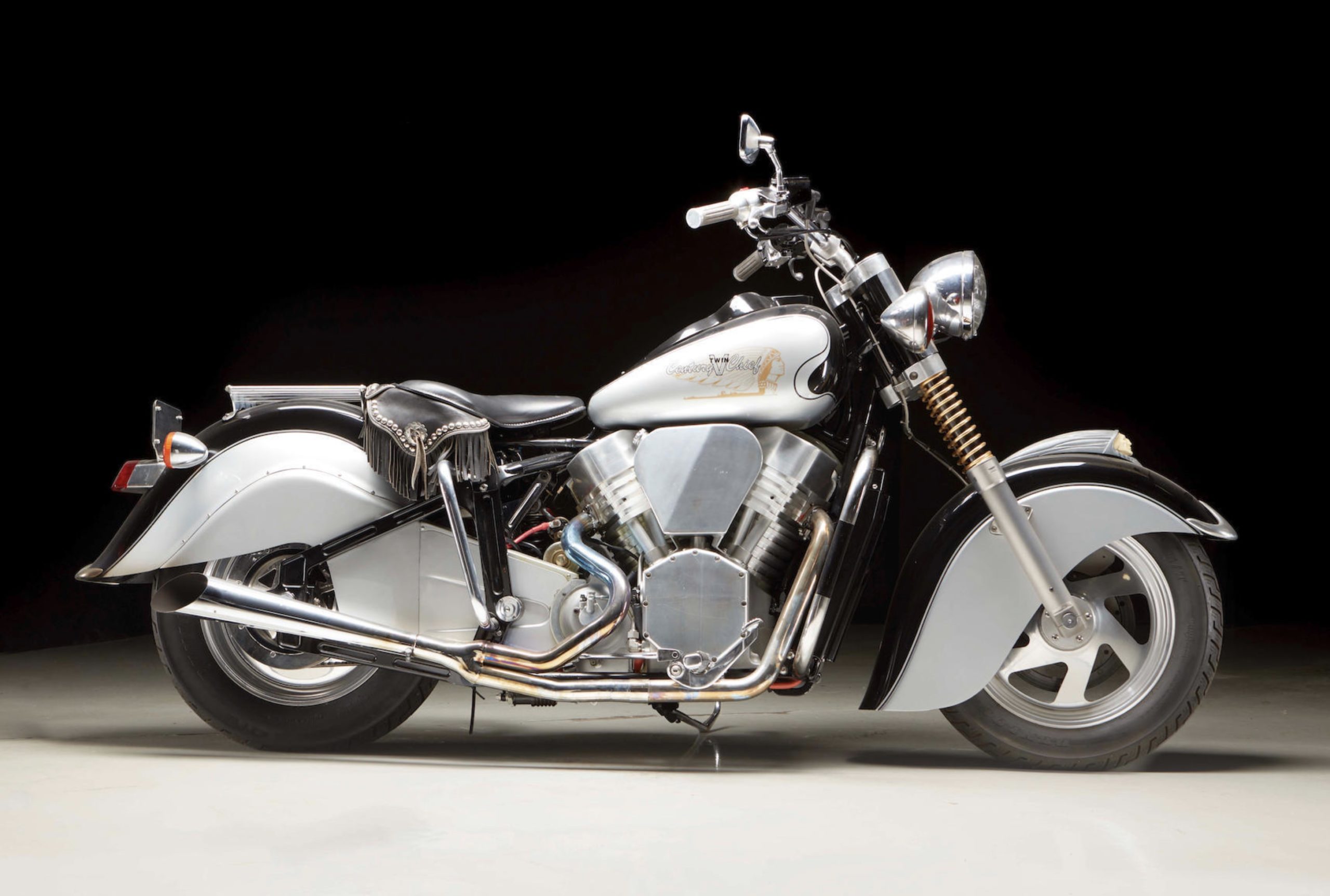