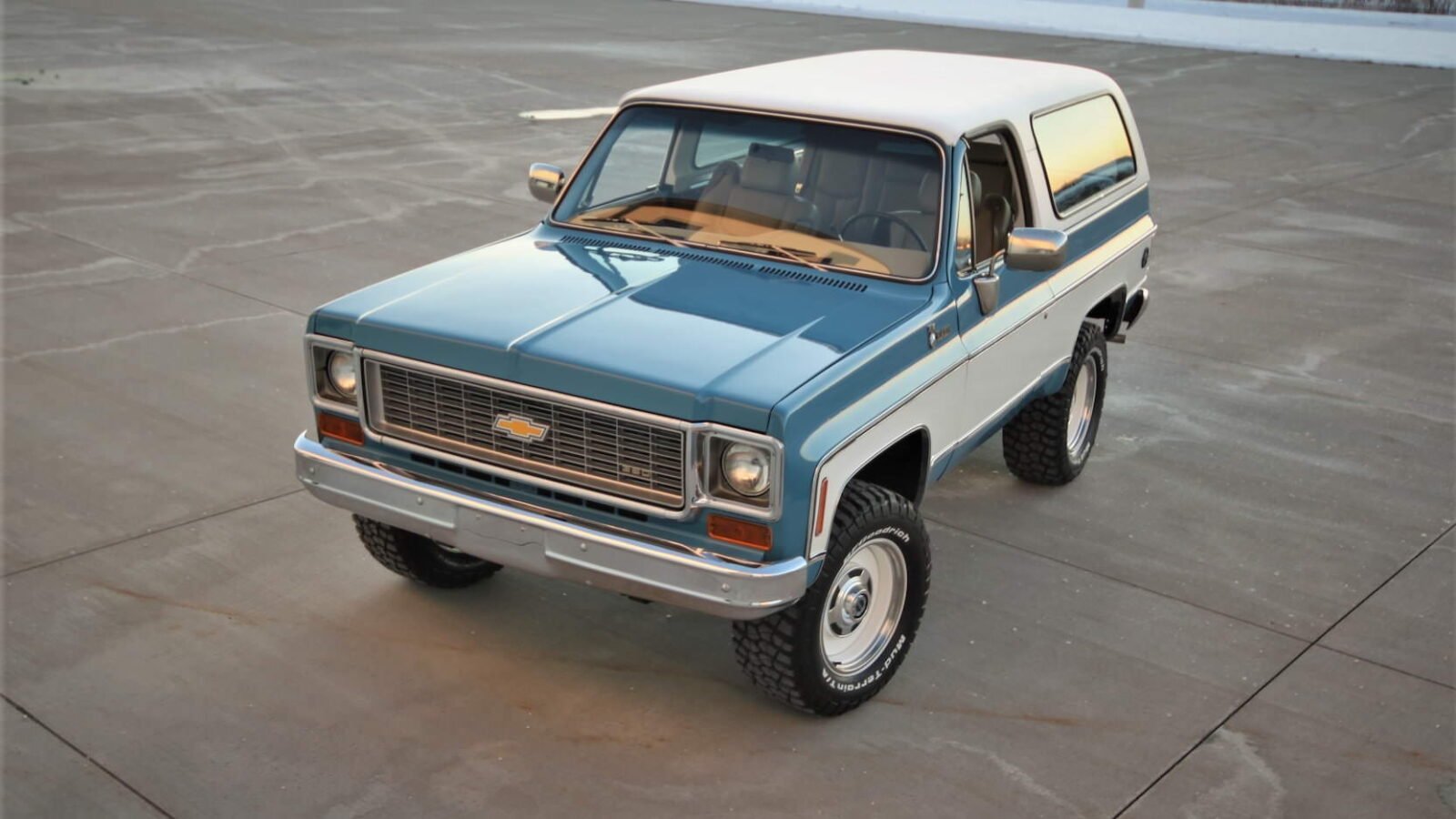 This is a 1974 Chevrolet K5 Blazer convertible that’s been through a subtle restomod process to give it more modern power and reliability without losing any of its original charm.

The team behind the rebuild wisely chose to leave the exterior of the vehicle almost identical to stock, including using custom steel wheels close to the original size, rather than gleaming planet-sized rims fitted with a sliver of low profile tire.

Chevrolet originally developed the K5 Blazer in the late 1960s to compete with the huge popular International Scout, Ford Bronco, and Jeep CJ. Rather than just creating their own version of the short wheelbase 4×4 Chevrolet went in a different direction, in so doing they created an entirely new genre, the K5 Blazer quickly became the best selling 4×4 in its class, and Ford, International Harvester, and Jeep all rushed to release their own new models that were similar to the K5 Blazer.

The key to the success of the K5 Blazer is the fact that it’s essentially just a shortened pick-up truck. Chevrolet took a pre-existing production model pick-up and shortened it to create a Bronco/Scout/Jeep competitor. Although it was a simple strategy it was staggeringly effective. It meant that Chevrolet needed very little new tooling or parts, and it meant that the new K5 Blazer had luxurious options like automatic transmissions and air-conditioning. 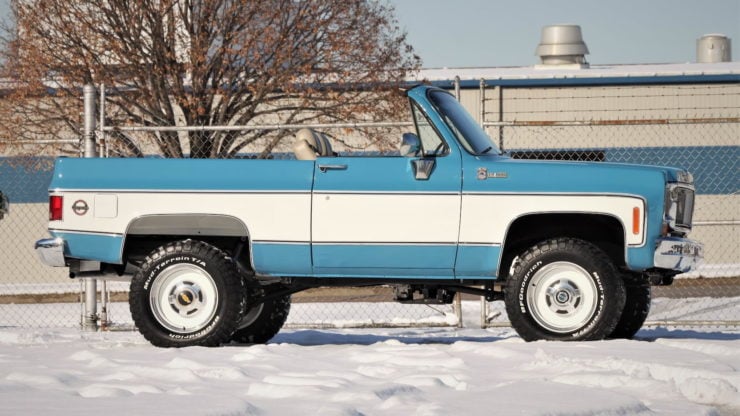 The first generation of the K5 Blazer was sold from 1969 to 1972, by 1970 – just the second year it was offered, the model was outselling all of its rivals. Buyers loved the slightly larger size and better fit and finish on the K5 Blazer, and this translated into sales on the showroom floor.

The second generation appeared in 1973 and sold in various forms until 1991. All K5 Blazers were convertibles, with removable tops. From 1976 onwards a half cab design was used to provide better leak protection and a little more rollover protection. These early convertible K5 Blazers have proven popular in the years since they left production, and today they typically fetch a price premium over the later models.

The K5 Blazer you see here has been through a comprehensive restoration, every nut and bolt has been either replaced or renewed, and it’s now wearing a fresh two-tone Hawaiian Blue and white paint scheme.

The suspension and brakes have been restored and it now rides on custom 18″ steel wheels fitted with BF Goodrich Mud Terrain tires. Unlike its contemporaries, this vehicle is now fitted with the leather seats, centre console, and drive train from a low mileage 1998 Chevrolet Tahoe. 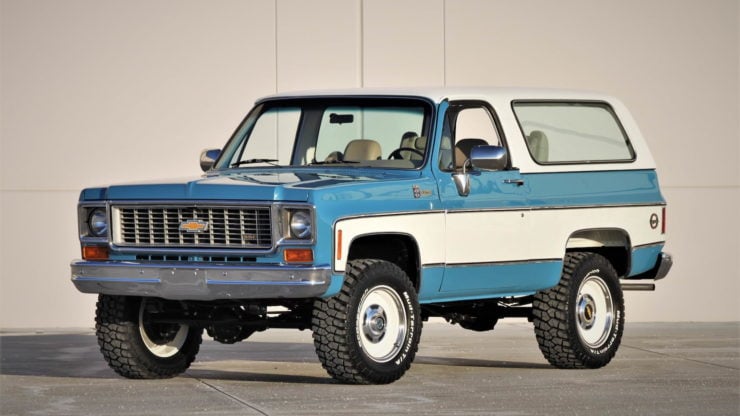 The upgraded seats are electrically adjustable and far more comfortable than the originals, it also features air conditioning, four wheel disc brakes, and the new drivetrain gives better reliability and fuel economy than the comparably sized V8 offered with the original.

The engine is now a fuel injected Chevrolet small block Vortec 350 cu. in. (5.7 litre) engine 4L60E electronic shift overdrive transmission. The 350 is the most popular version of the Chevrolet small block, it was installed in everything from sports cars and race cars to family station wagons, 4x4s, boats, and even airplanes in highly modified form.

Although some restomods leave a lot to to desired, this one hits the nail on the head, and it keeps the upgrades within the Chevrolet family to help placate the purists. If you’d like to read more about it or register to bid you can click here to visit the listing on Mecum. 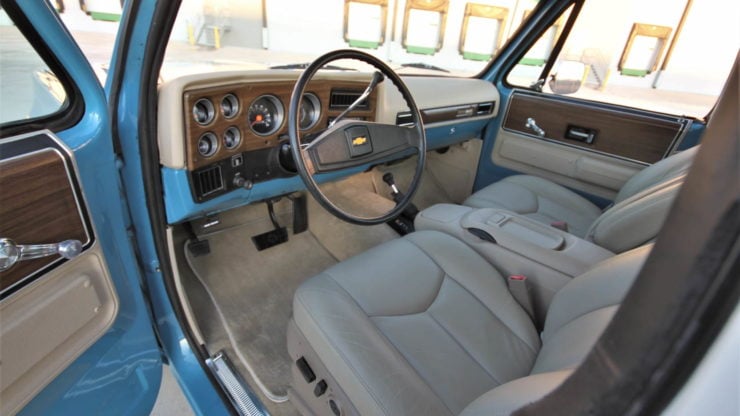 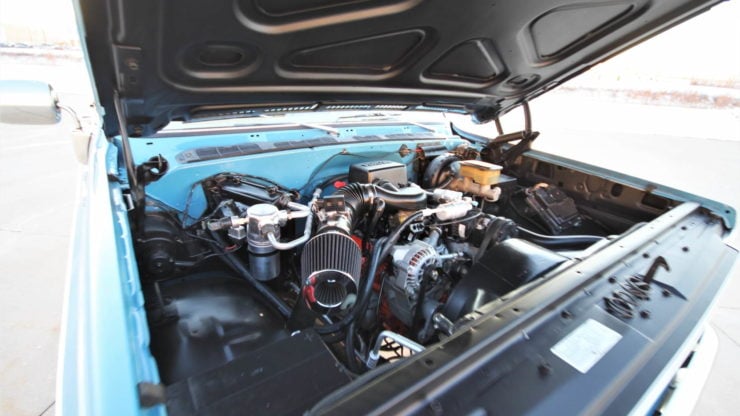 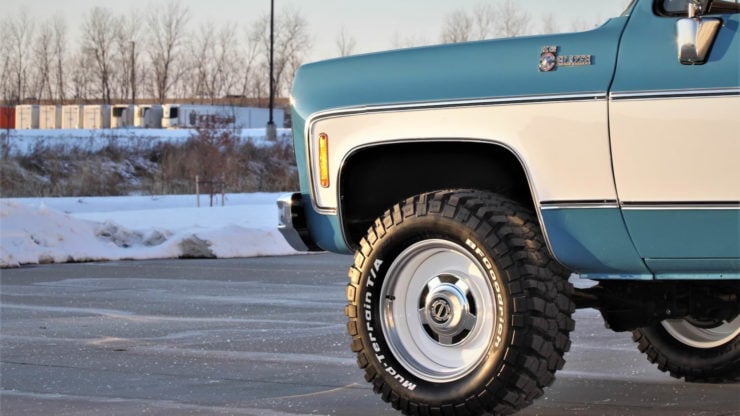 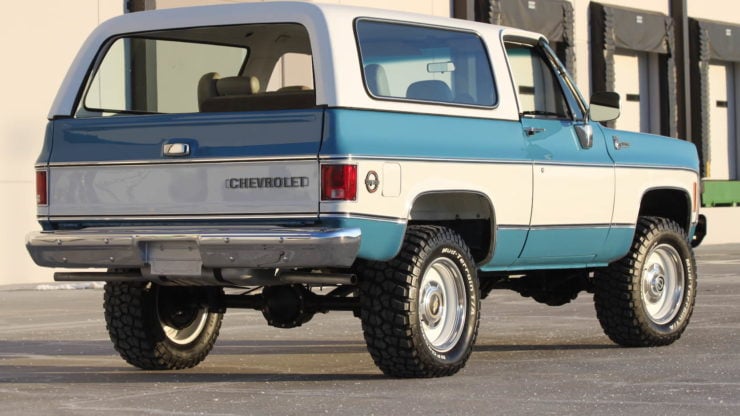 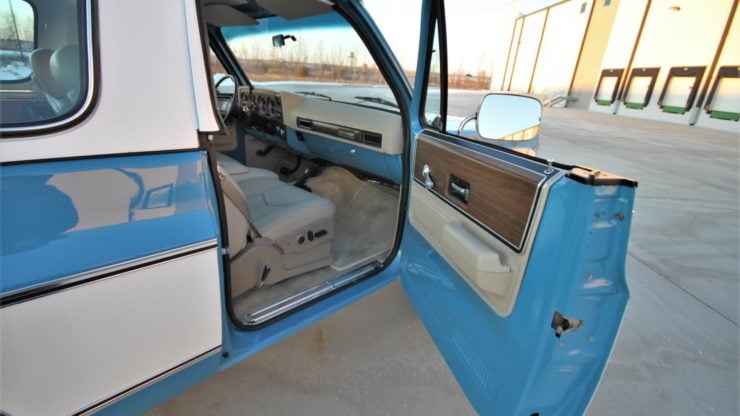 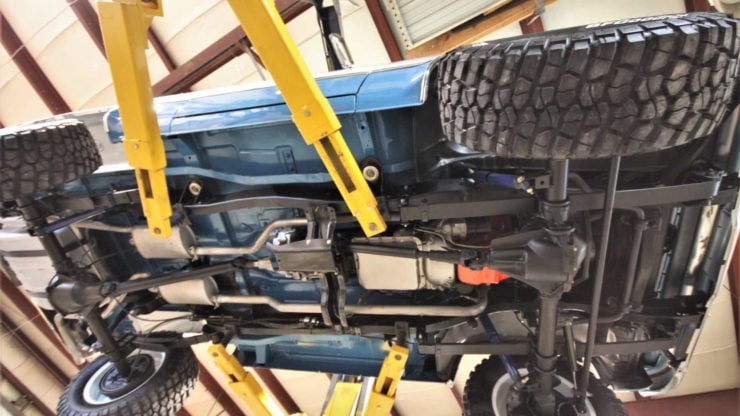 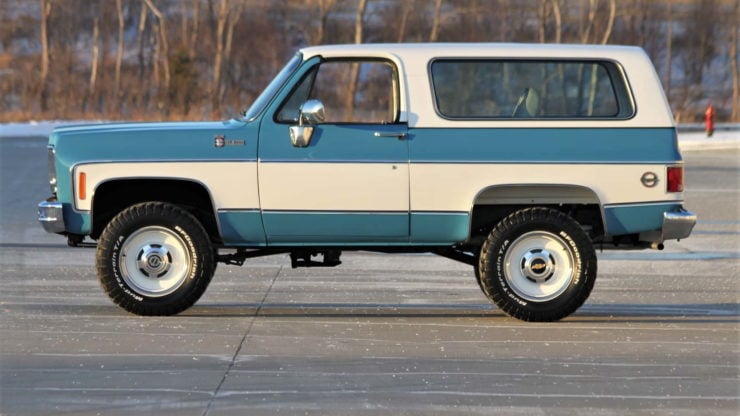 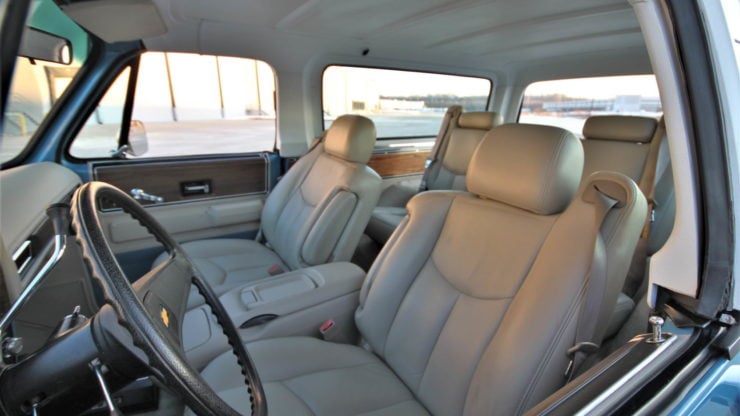 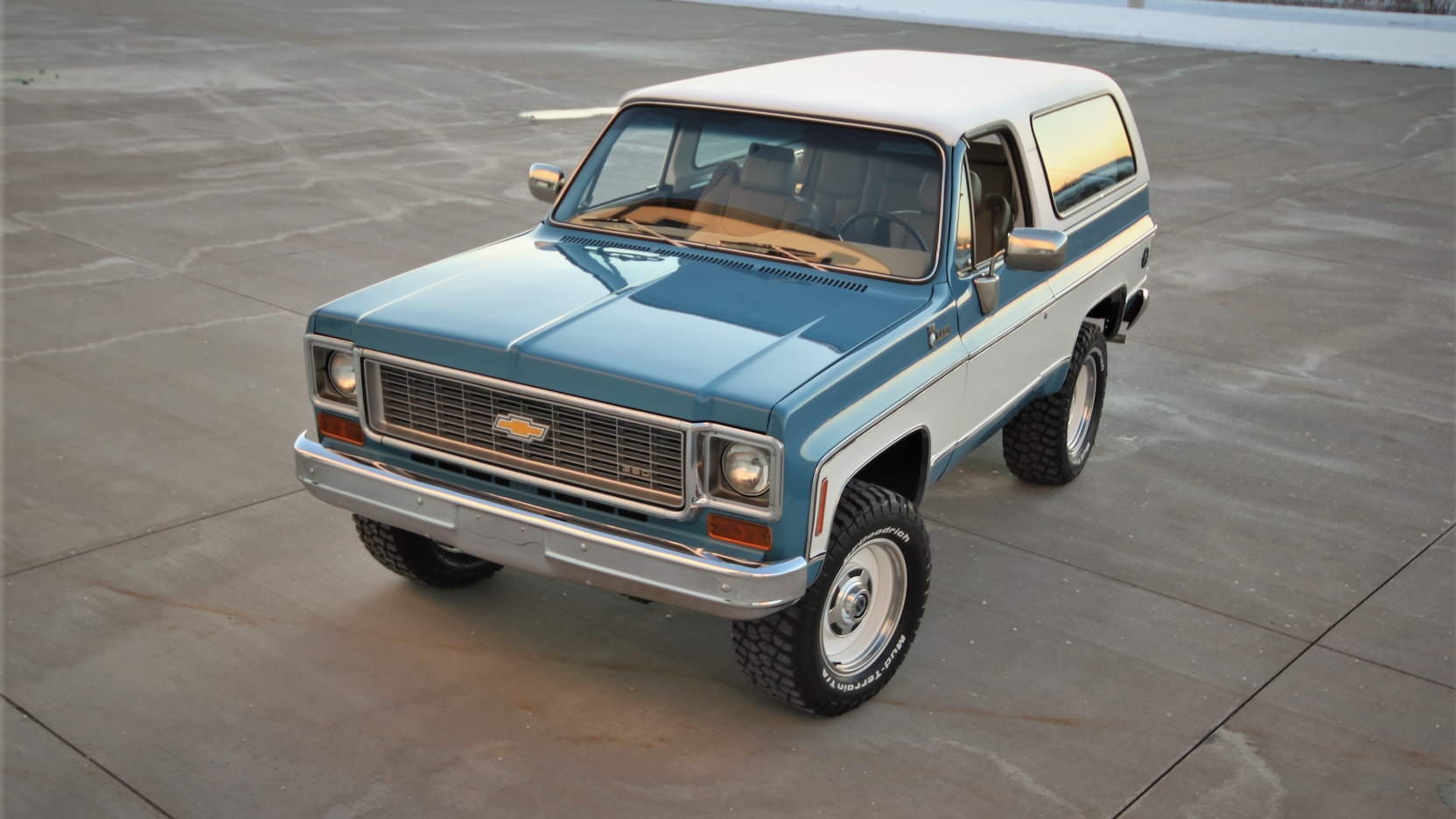