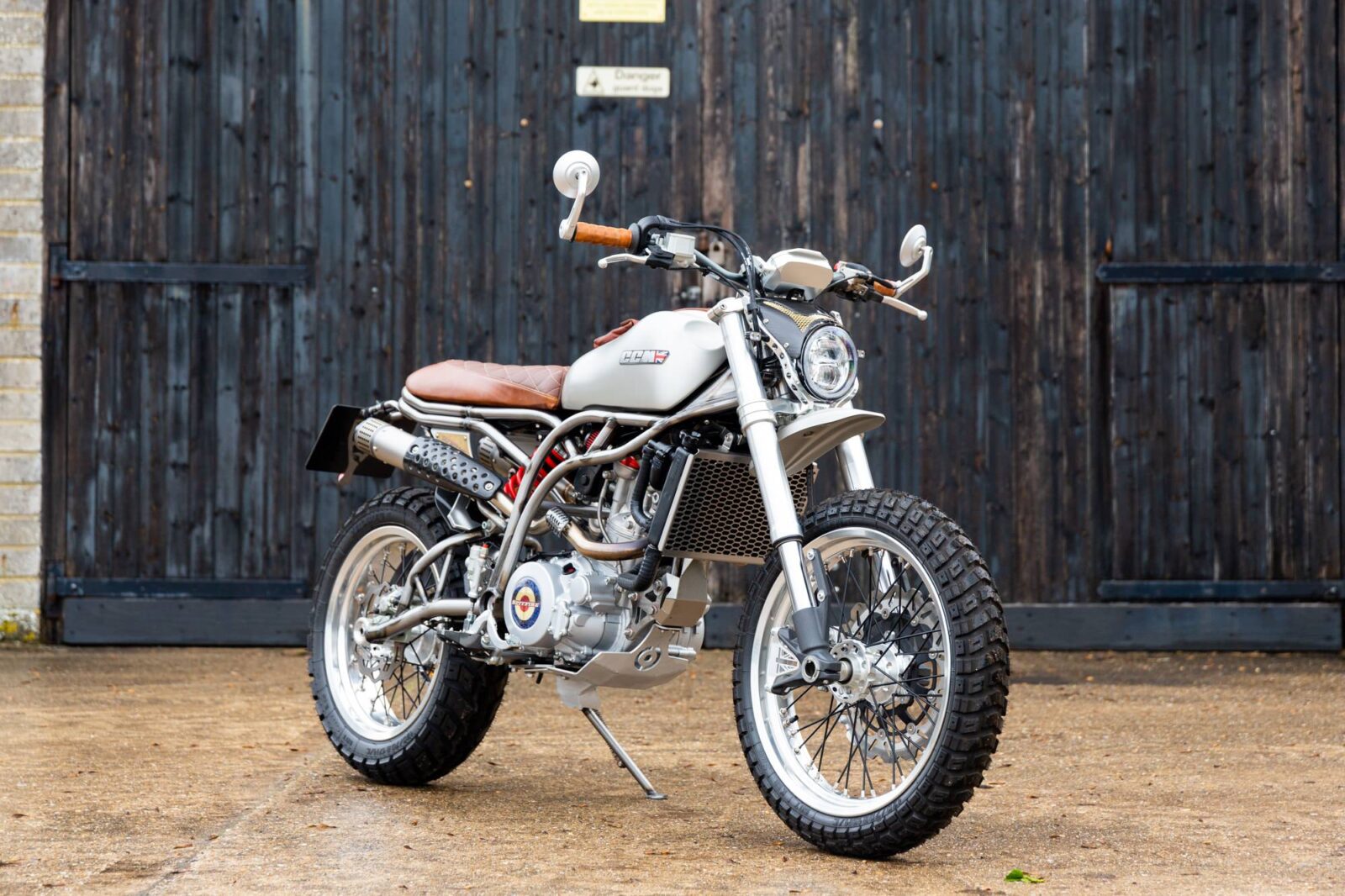 This is the CCM Spitfire Scrambler, just 250 of these were made and the model is now no longer in production, so low mileage examples like this represent the closest thing to buying one new.

CCM motorcycles have competed and won in multiple forms of top flight motorcycle competition over the decades, including motocross, flat-track, trials, supermoto, and road racing.

In 2016 CCM unveiled the Spitfire, an all new machine designed to both reference the heritage of CCM and to appeal to a 21st century buyer.

This model family is characterized by its hand-welded tubular T45 carbon steel trellis frame that’s finished with a clear powder coat to showcase the welds. Power is provided by a BMW-designed Husqvarna power unit – a 600cc single-cylinder, liquid-cooled four-stroke engine with 55 bhp and 58 Nm of torque (43 lb ft). 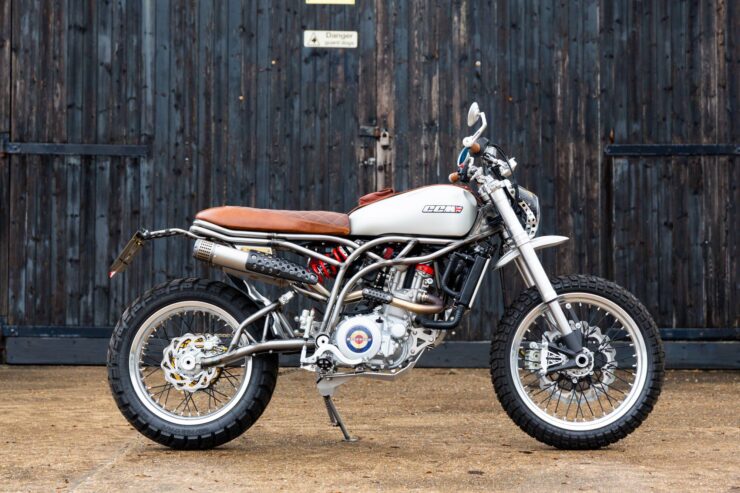 Above Image: The Spitfire Scrambler was developed with dual sport duties in mind, with higher ground clearance and a slew of other modifications to give it some off-road chops.

Though these power figures aren’t earth shattering it’s important to note that the bike only weighs in at 139 kilograms (306.4 lbs). The team at CCM developed it to be nimble, light, and to offer excellent handling – just like the company’s legendary competition bikes from years gone by.

Long before the release of the Spitfire model family, CCM motorcycles had already featured prominently in the film Lara Croft: Tomb Raider back in 2001. This Hollywood connection has continued with the new bikes, the Spitfire features in the upcoming Marvel movie Black Widow starring Scarlett Johansson.

CCM build each of their model series by hand in their workshops in Bolton, a town not far from Manchester in Northern England.

Interestingly the company doesn’t have dealerships – instead people order directly from the factory. This results in a more personal connection between the company and its clients, and it helps to keep costs down by cutting out the middle man.

The CCM Spitfire Scrambler was released in 2017 as the new semi-off-road variant of the Spitfire model family. 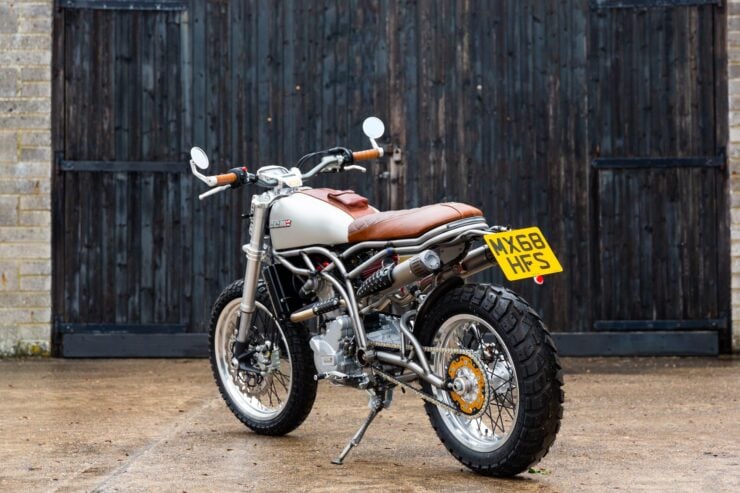 Above Image: The bike makes use of chunky Heidenau K60 Scout tires and twin high-exit exhausts.

Due the low weight and punchy single-cylinder engine the Spitfire has always looked like it might make a good little dual sport bike. Rather than just slapping on some knobby tires the team at CMM took the Spitfire and added longer-travel fully-adjustable suspension front and back, as well as new wheels – with a 19 inch in the front and a 17 inch in the rear.

The model is also fitted with a bash plate under the engine to protect the sump, and a new twin exhaust that exits up high – both to protect it from damage and to reduce the chance of water getting into the tail pipe.

The Spitfire Scrambler has the same T45 carbon steel trellis frame as the other bikes in its model family, and it shares their Brembo brakes, Husqvarna-derived engine, and six-speed transmission.

Click here to visit the listing and read more, at the time of writing there are three days left to bid and it’s listed on Collecting Cars. 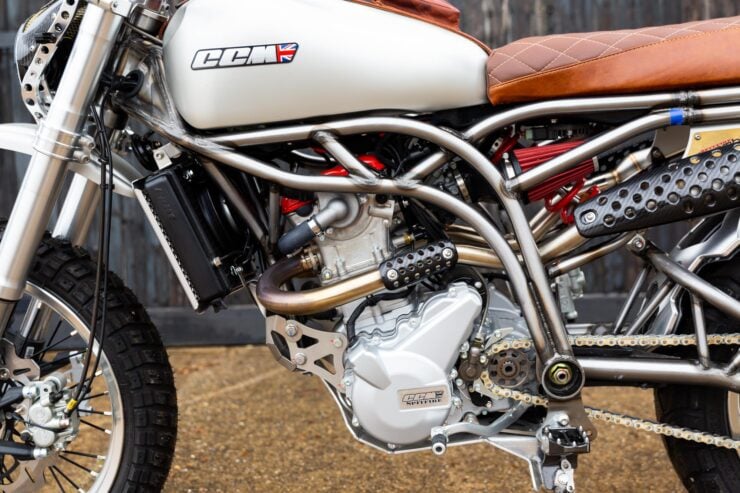 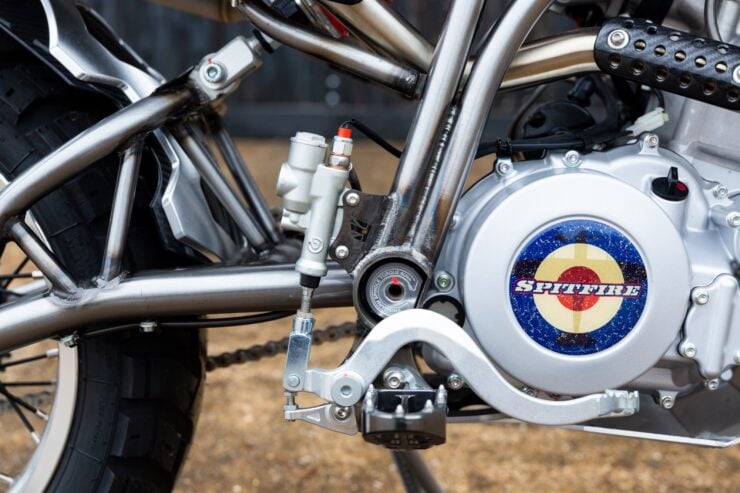 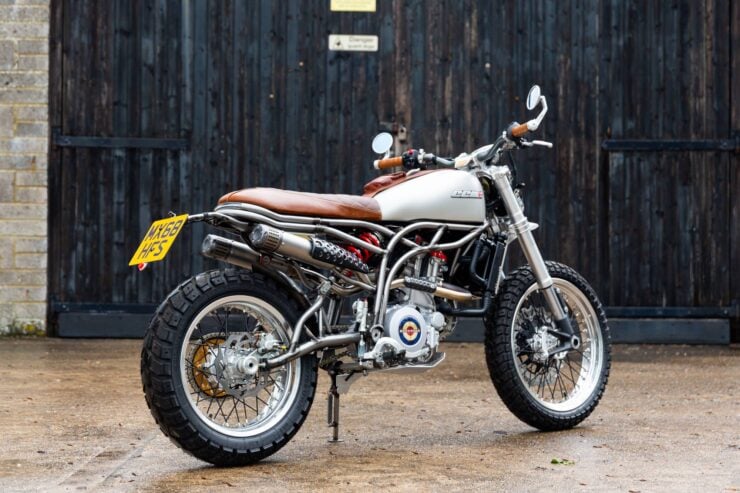 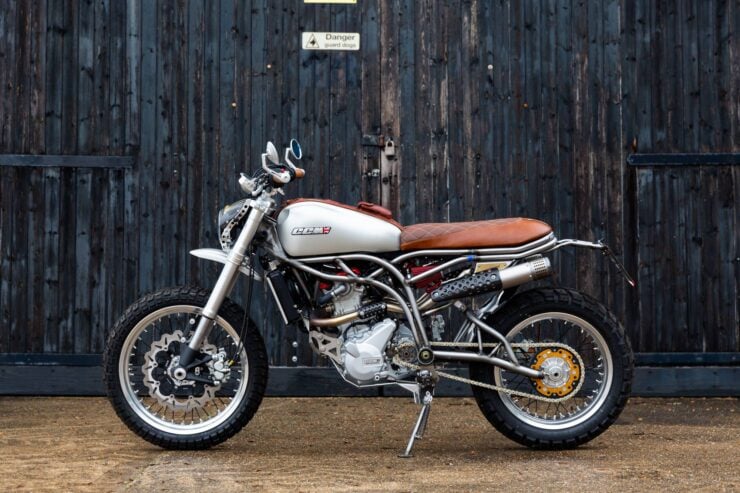 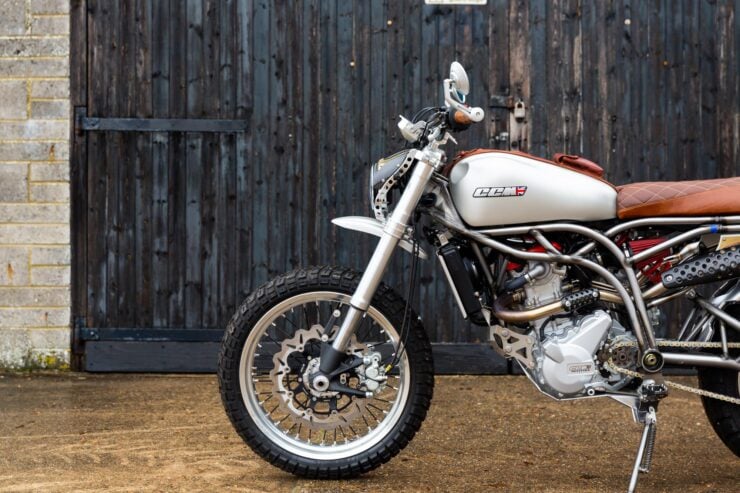 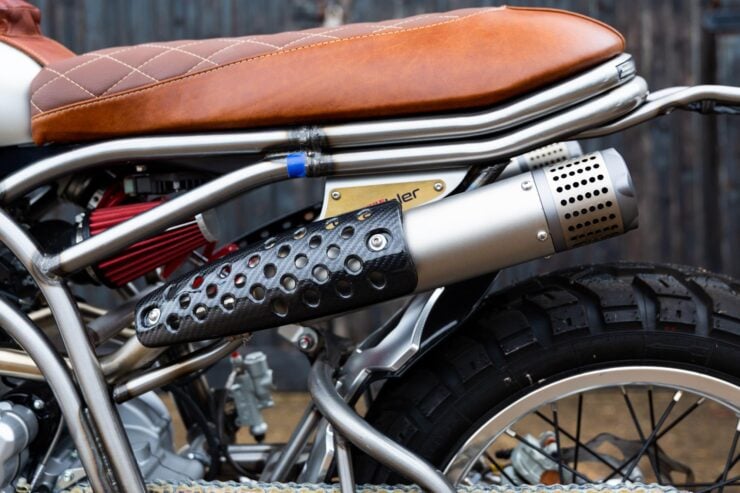 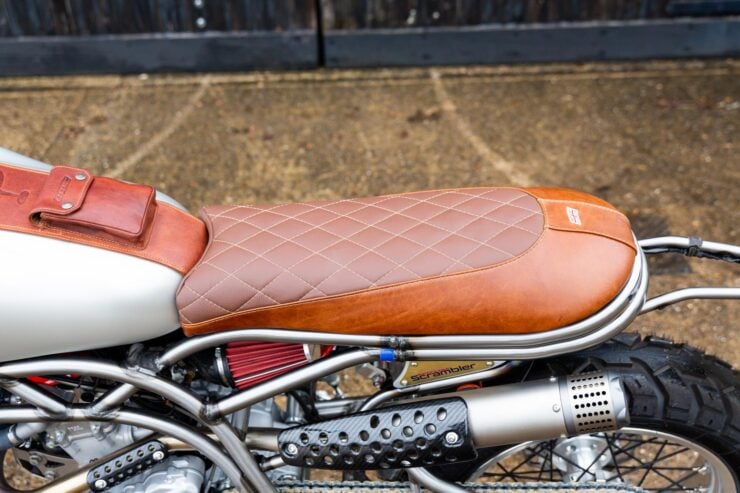 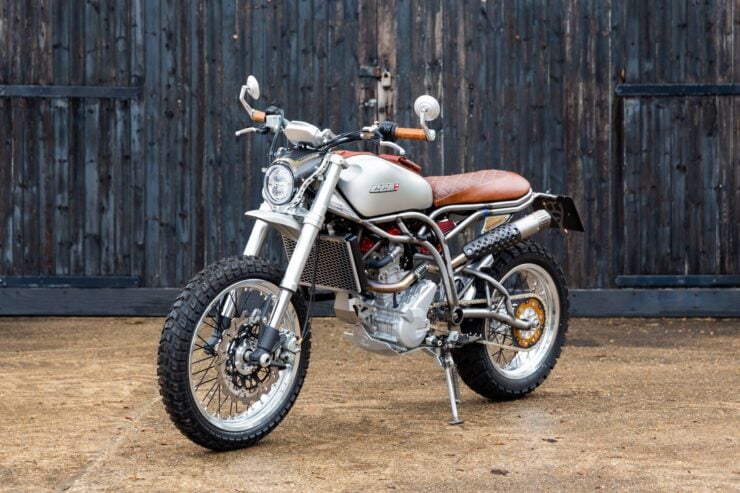 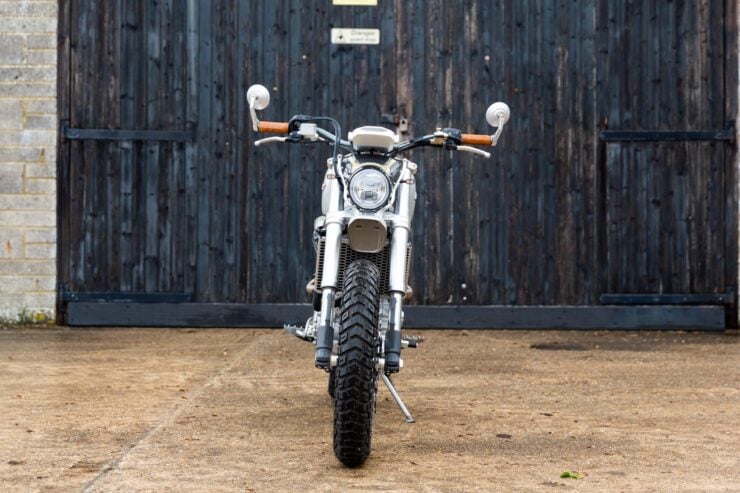